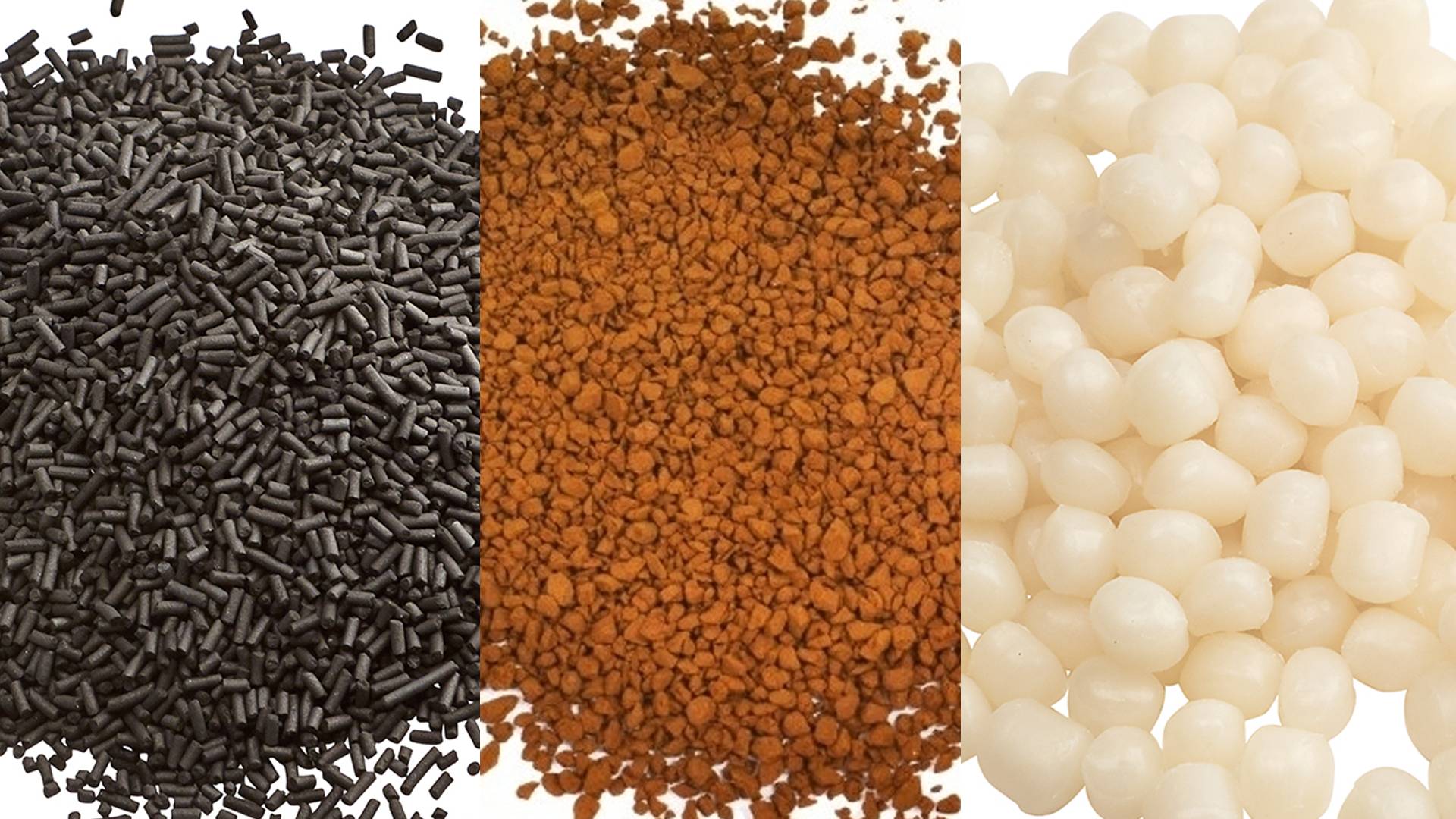 When it comes to filtering your water, there are three areas of filtration to cover. Each of which employs different kinds of media to help get the job done. Within each of the categories, you have options for filter media that should be chosen based on what you want to accomplish.

Mechanical Filtration: Physically filtering out suspended or undissolved particulates from the aquarium water.

Chemical Filtration: Removing dissolved contaminants that changes the "chemical composition" of the water. 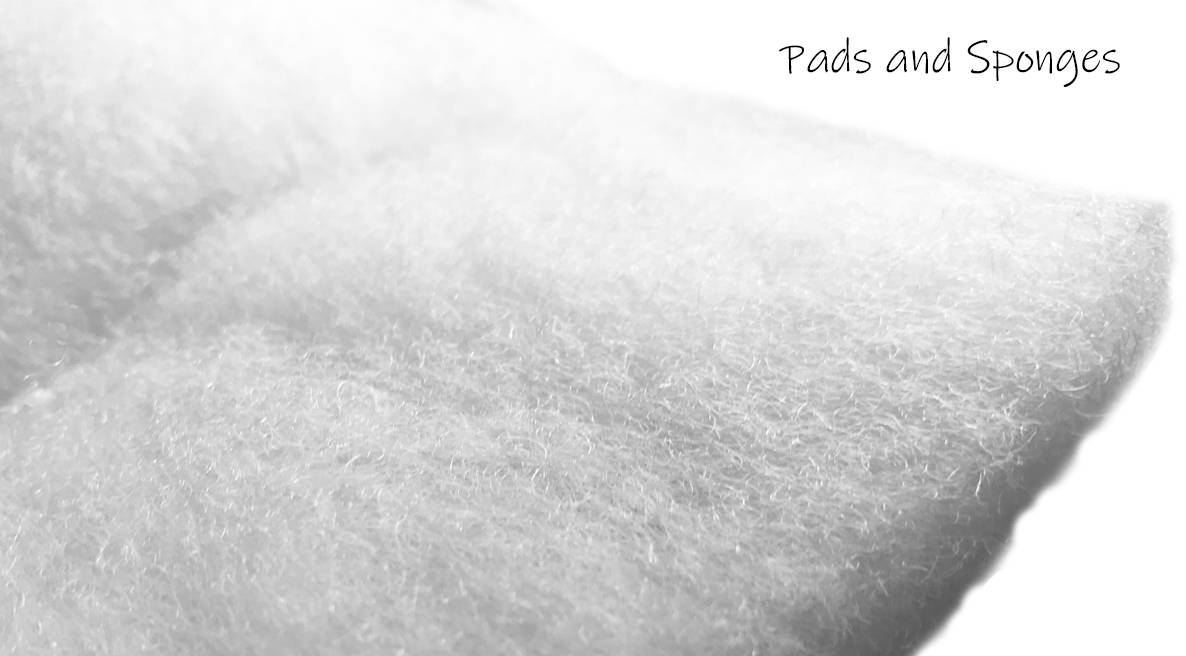 This includes filter rollers, filter pads, sponges, and filter socks.  Anything that captures free-floating undissolved particles from the water. This is often one of the primary forms of waste removal in an aquarium because you can capture and remove waste and debris before it is broken down into nitrate and phosphate.

Some types of mechanical media are denser than others, making it tougher for smaller particles to go through. This density is measured in microns, where 1 micron is equal to an opening size of 1/1000 mm. A really dense felt filter measuring 50-microns will capture much finer particles compared to a more porous 200-micron filter sock. That also means the filter pad is probably going to clog up faster than the filter sock.

There are a few different types of chemical filter media hobbyists can use to target various problems.

Carbon is probably the most widely used chemical media by aquarists and does a particularly good job at clearing up yellow water and keeping the aquarium odor-free. Carbon is also used to remove chemical toxins released by corals, medications, special tank treatments, and a variety of other possible contaminants that may find their way into your aquarium.

Activated Carbon is most often used in granular form, where water is forced to pass over the surface of tiny carbon granules. Using granules simply increases the surface area and exposure of the carbon to the water so it can work more efficiently. Granular carbon can be placed in a media bag or used inside of a fluidized filter media reactor, hang-on filter, or canister filter.

Carbon does become exhausted when all of the tiny pores in the carbon are filled up with contaminants. In a saltwater aquarium, carbon exhausts quickly and should be removed and replaced every 5-7 days in most scenarios. While some hobbyists will run carbon for up to 14 days or more, it usually is not doing any kind of removal past the first week. It is far better to use a smaller amount of carbon and change it out very regularly as opposed to one large batch of carbon that is only swapped out intermittently.

Learn More: How To Use BRS Carbon Media

Granular Ferric Oxide - GFO media is specifically used to remove phosphate from the aquarium water. The GFO granules bind to phosphate molecules in the water which can then be removed along with the media.

Alongside nitrate, phosphate is the leading cause of nuisance algae growth in aquariums and is the end byproduct of food and fish waste being broken down by bacteria in your aquarium. It is critical that our filtration systems control rising phosphate levels to keep our aquariums healthy.

While a healthy reef tank should not require to use of GFO at all times, most hobbyists keep a jar of GFO around so it can be used in the event phosphates do begin to climb. GFO should be used as a tool to fix a problem rather than a preventative measure.

Phosphate is a granular media, just like carbon, but is much denser. Using GFO in a fluidized media reactor is important to ensure you are getting the best exposure to the media. If GFO is used passively inside a media bag, the water simply flows around the media which results in poor performance.

Learn More: How To Use BRS Granular Ferric Oxide - GFO 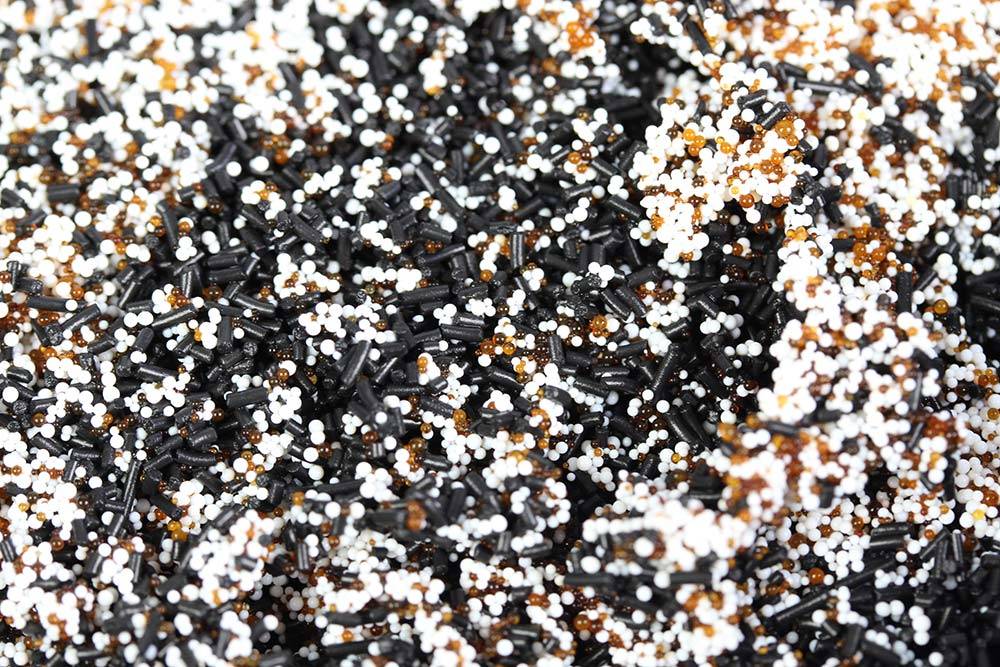 There are multiple types of Resin Media used to target a variety of different contaminants including heavy metals, phosphate, and various dissolved organic compounds. The unique benefit of resin media is that they are fast-acting and, in some cases, can be recharged and used multiple times - Seachem Purigen and Blue Life OrganicRx. So while it is a bit pricier than carbon and GFO, it can be used over and over again so long as you remove and recharge the media properly.

These resins can be mixed together with Carbon and GFO to create an All-In-One Media that gives the aquarist a broad spectrum or comprehensive chemical filter media. Mixed AIO media like Chemi-Pure is rising in popularity and is especially useful in nano tanks or tanks with internal filters that just have limited space for filtration equipment.  AIO media is most often used passively, with a nylon filter media bag dropped into your filtration or sump.

While these AIO media are highly effective, you can almost certainly expect the various media inside will exhaust at different rates. We know carbon exhausts quite quickly relative to resin and GFO media so the rate of use will vary drastically from tank to tank.

Aquariums would not be safe for fish without the presence of beneficial bacteria. These bacteria naturally grow on the surfaces inside your tank which includes the sand, rocks, decor, glass walls, filtration surfaces, and biological filter media. The beneficial bacteria is what enables the nitrogen cycle and is the means by which waste and leftover fish food is broken down. Without the bacteria, fish would immediately be poisoned by the presence of ammonia in the water.

In an aquarium, hobbyists can supply special biological filter media (bio-media) which simply provides extra surface area for the beneficial bacteria to grow. This includes ceramic rings, bio-blocks, bio-balls, and a variety of other inert porous materials.  The bio-media is placed into an area of the filtration where water can flow through it and, once established with bacteria, helps the aquarium remain biologically stable. Bio-media does not need to be replaced and will remain effective as long as it stays wet and the bacteria is alive.

Biopellets are a little different from your classic Bio-Media but still work by harboring beneficial bacteria. You might think of them as super-charged bio-media that helps remove nitrate directly as opposed to helping create it.

Biopellets are plastic beads composed of biodegradable polymers that provide a surface for bacteria to grow while also supplying a source of organic carbon to fuel the bacteria. The surfaces of the beads become coated in a biofilm full of bacteria that have used up available nitrate and phosphate from your aquarium water. The nitrate and phosphate-laden biofilm is then tumbled off the media and exported from your aquarium via a protein skimmer.

Biopellets must be used inside a special biopellet reactor with substantial water flow to keep the pellets tumbling.  A reliable protein skimmer is also recommended to help export the biofilm.

Learn More: How To Use BRS Biopellets