As defined in the field of Ecology, a biome is a large naturally occurring community of flora and fauna occupying a major habitat. Throughout the world, biologists have come up with major types of biomes, both aquatic and terrestrial, which can then be divided even further based on various characteristics. A temperate rainforest and a coastal lagoon are both different types of biomes.

The term biotope is very similar to a biome except it refers to the habitat or uniform environment of a specific area. The biome occupies the biotope. 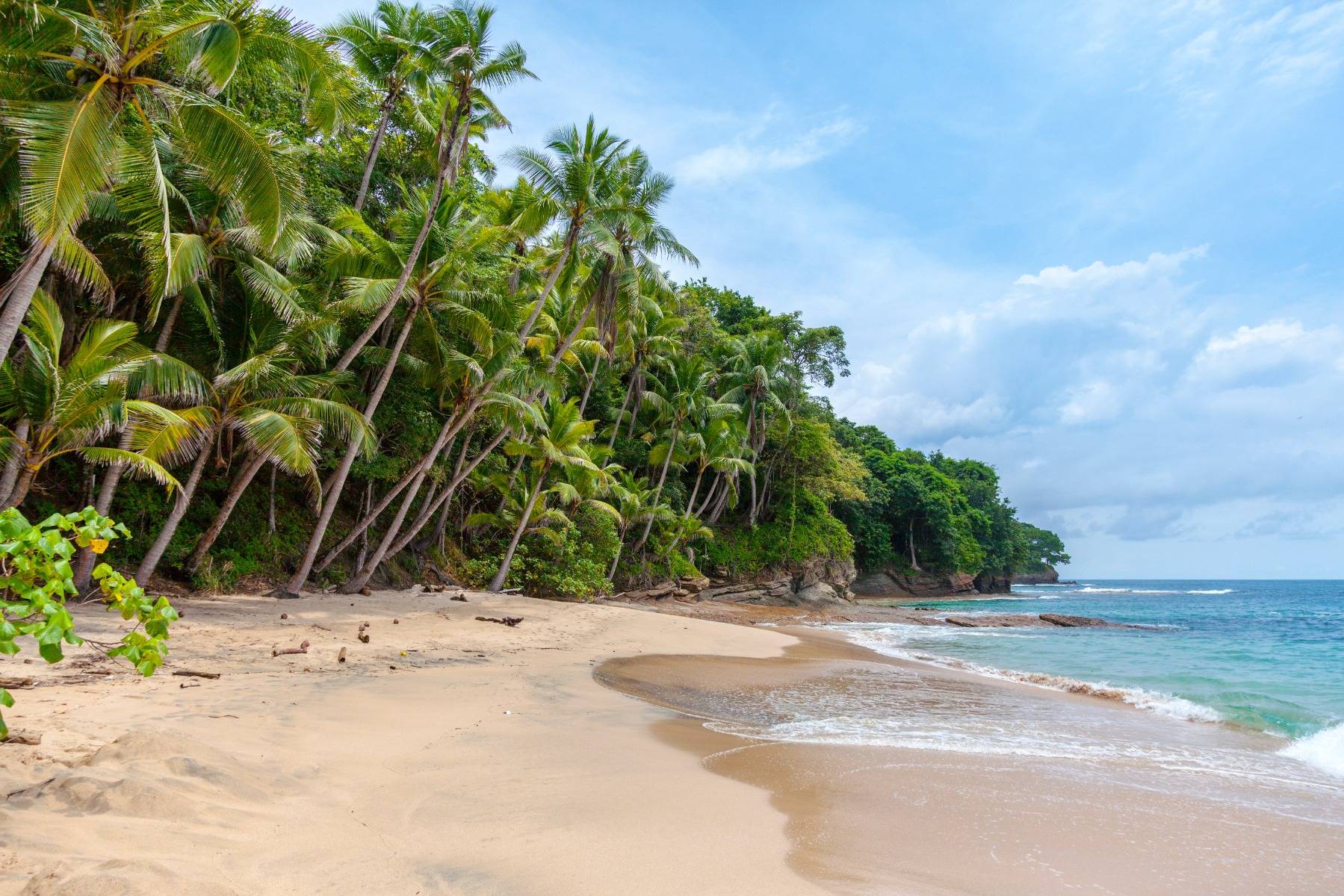 As aquarists, one really unique way to connect with our aquariums is to build a tank that replicates a particular biome and biotope. This would mean that you attempt to recreate the environment that exists naturally in a particular region and only stock animals that would naturally encounter each other in said region. This not only adds a little extra challenge to your aquarium journey but also gives you a hands-on, interactive experience for exploring our natural world.

The research alone often opens doors and leads us down a path we would have never otherwise thought to explore. 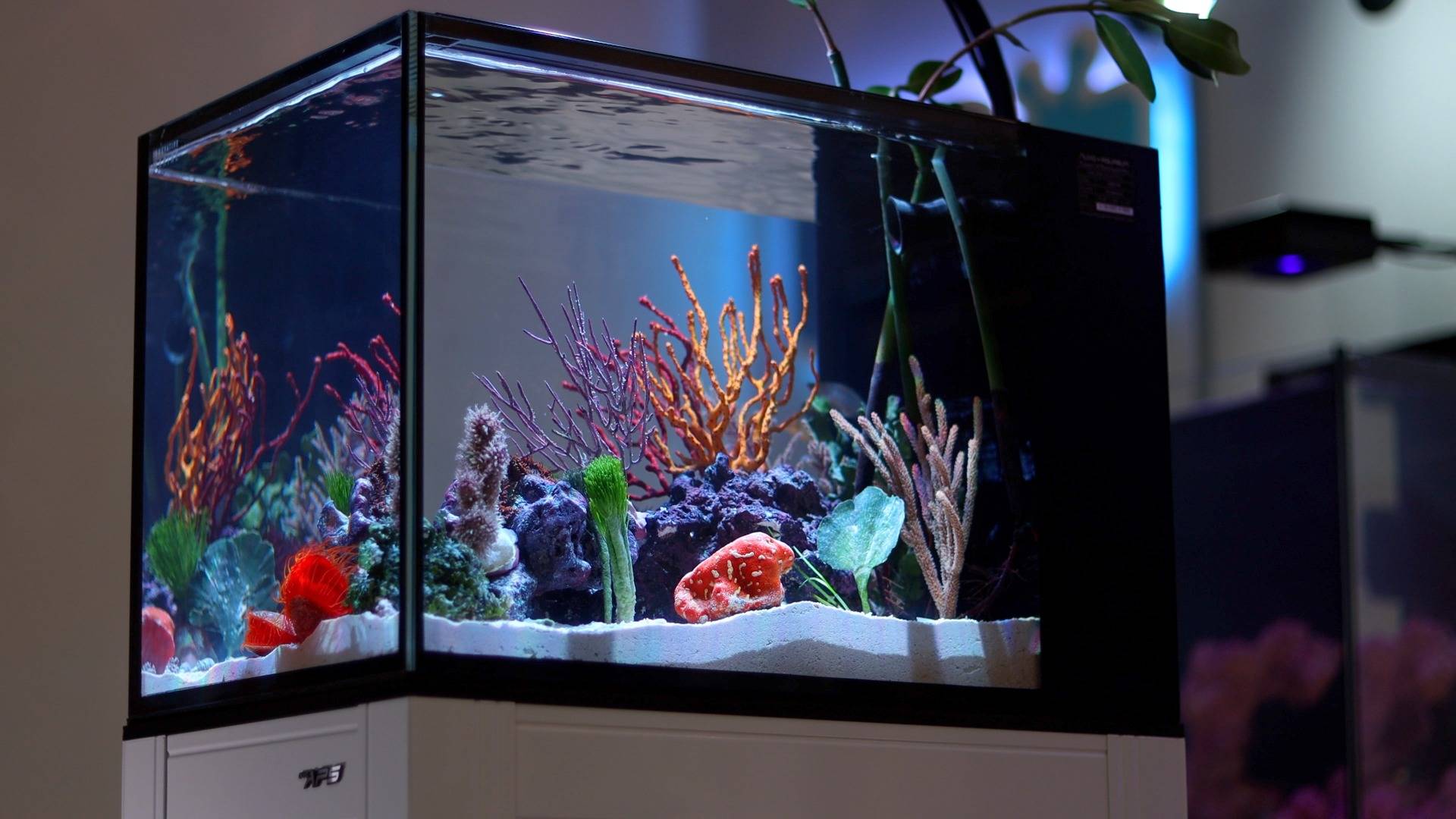 For this build, Matthew pursued a Caribbean Biotope in the Innovative Marine 14 Gallon NUVO aquarium. Every aspect of the aquarium from the sand bed to the livestock is tailored to mimic the natural biome of a Caribbean coastal lagoon where you can find macroalgae, sponges, gorgonians, sea fans, scallops, mollusks, pipefish, sea cucumbers, and best of all, mangroves! 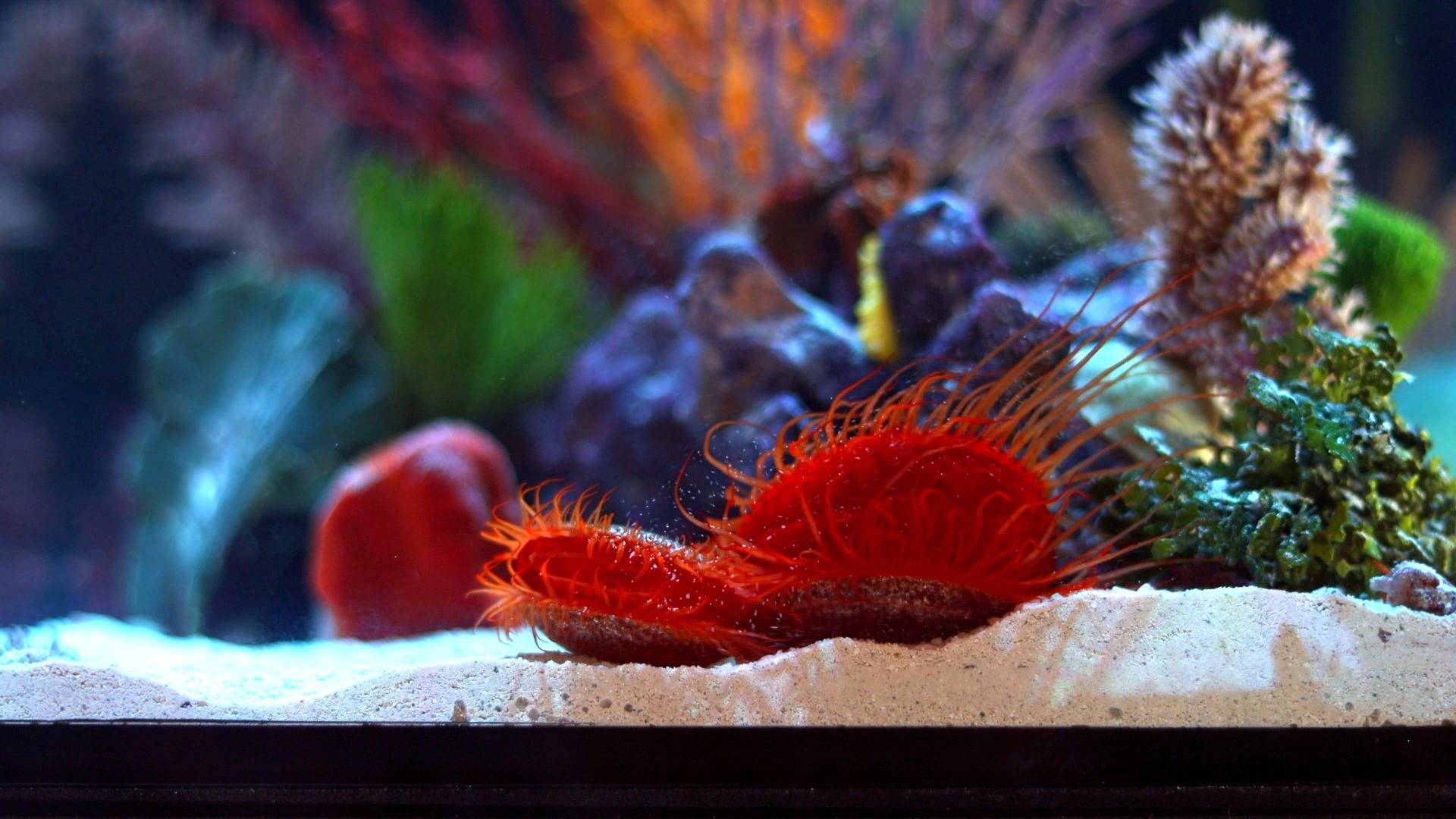 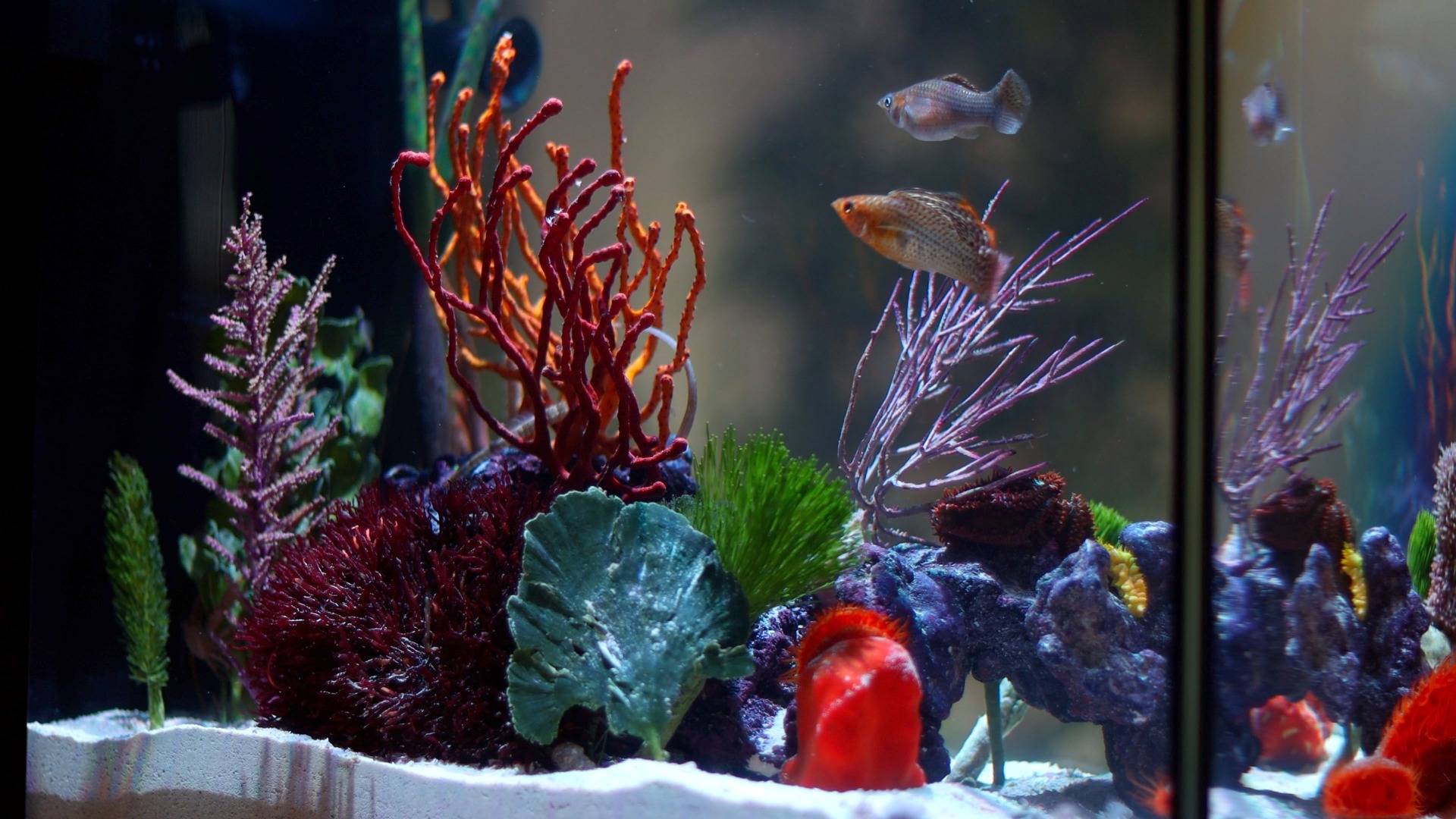 Caribsea Ocean Direct sand was Matthew's choice for this build because it has a natural white appearance and finer grain size that resembles what is found off Florida's southern coast. In this particular aquarium, a sloping sand bed was created at roughly 2-3" deep in the back of the tank, sloping down to 1" towards the front. This is a little deeper than we would normally recommend but having that deeper 2-3" bed in the back creates an area to root tall mangroves and rooted macroalgae.

As an added bonus, Ocean Direct sand brings live bacteria directly out of the ocean into your aquarium which has proven to be one of the most effective approaches to cycling a new reef aquarium in terms of establishing a balanced microbiome (beneficial bacteria).

Since we plan to stock the Caribbean tank with tall Mangroves and Gorgonians, keeping a low-profile aquascape is the best approach. This leaves plenty of open space above the rocks for these tall organisms to grow and fill in the scape. Matthew used just two pieces of Caribsea LifeRock which will ultimately serve as an anchor for the macroalgae and gorgonians.

If you're curious about creating necessary habitat for fish and other motile animals in the tank, the mangroves, macroalgae, and gorgonians will actually create a bulk of this cover and anything else that burrows into or crawls across the sand will have plenty of room too.

One key piece of advice for aquascaping is to always think about the livestock, especially things like corals, macroalgae, and mangroves that grow and change over time. Build a structure that compliments or supports those organisms and allows them to thrive in the aquarium. 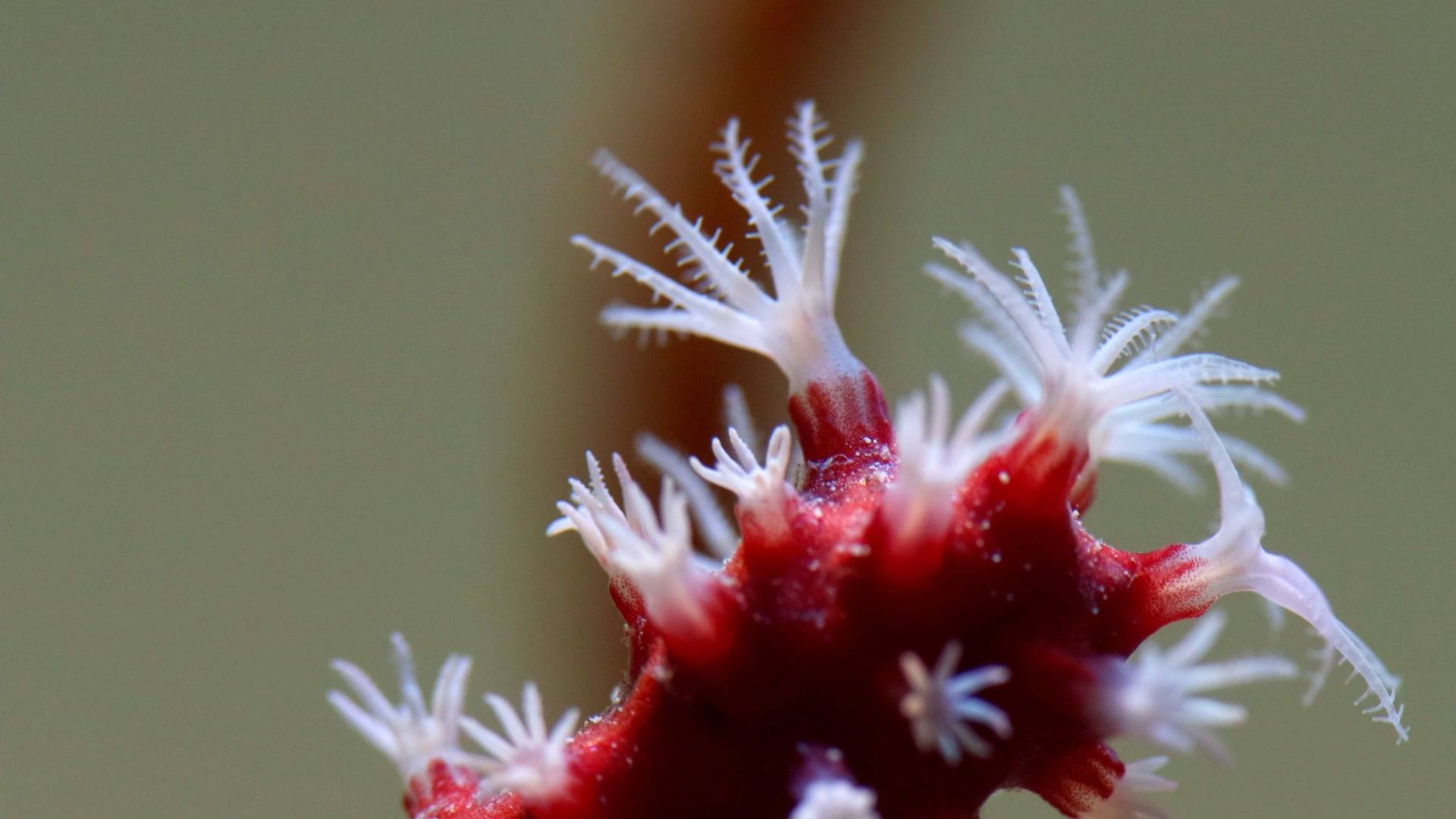 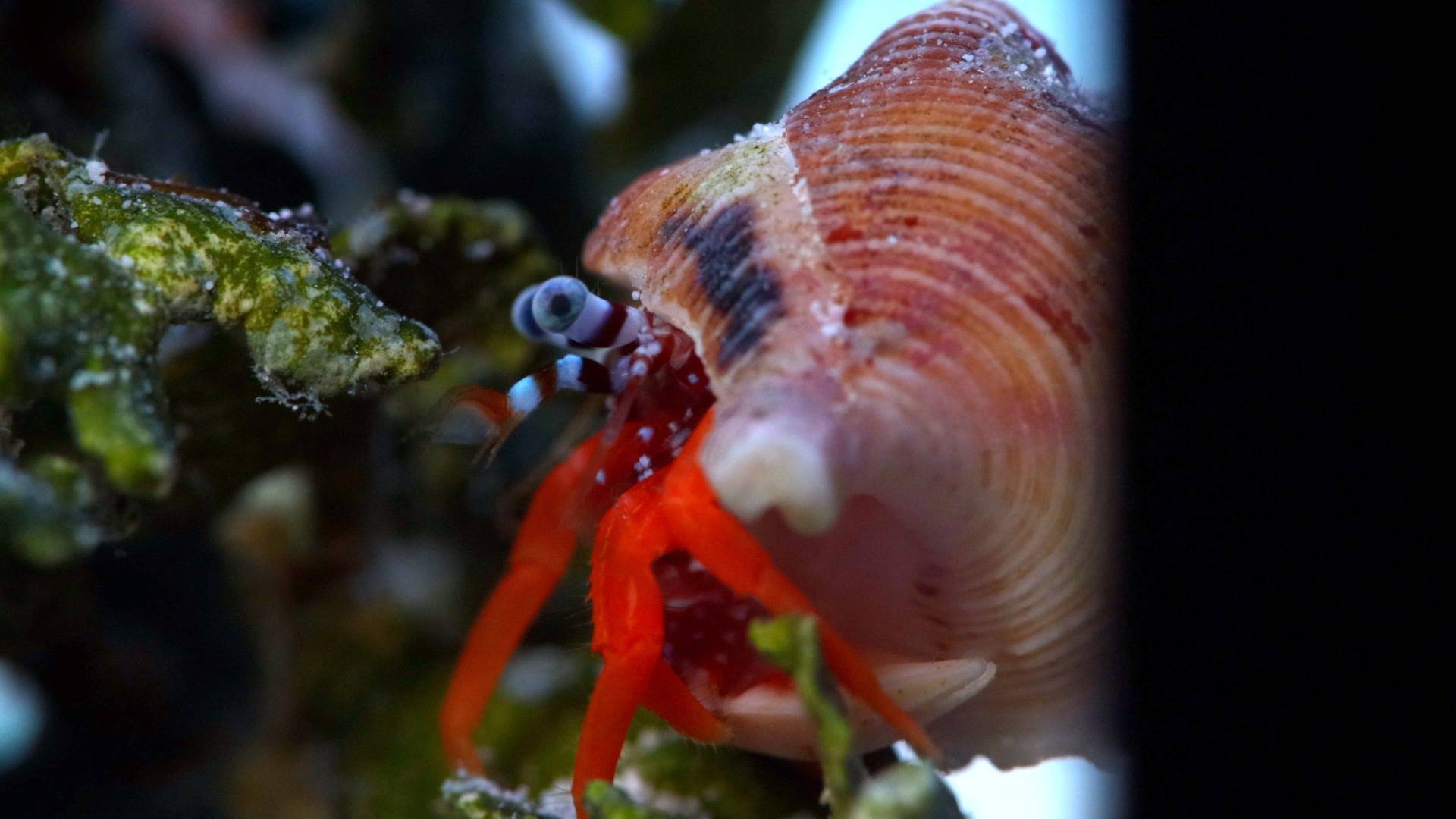 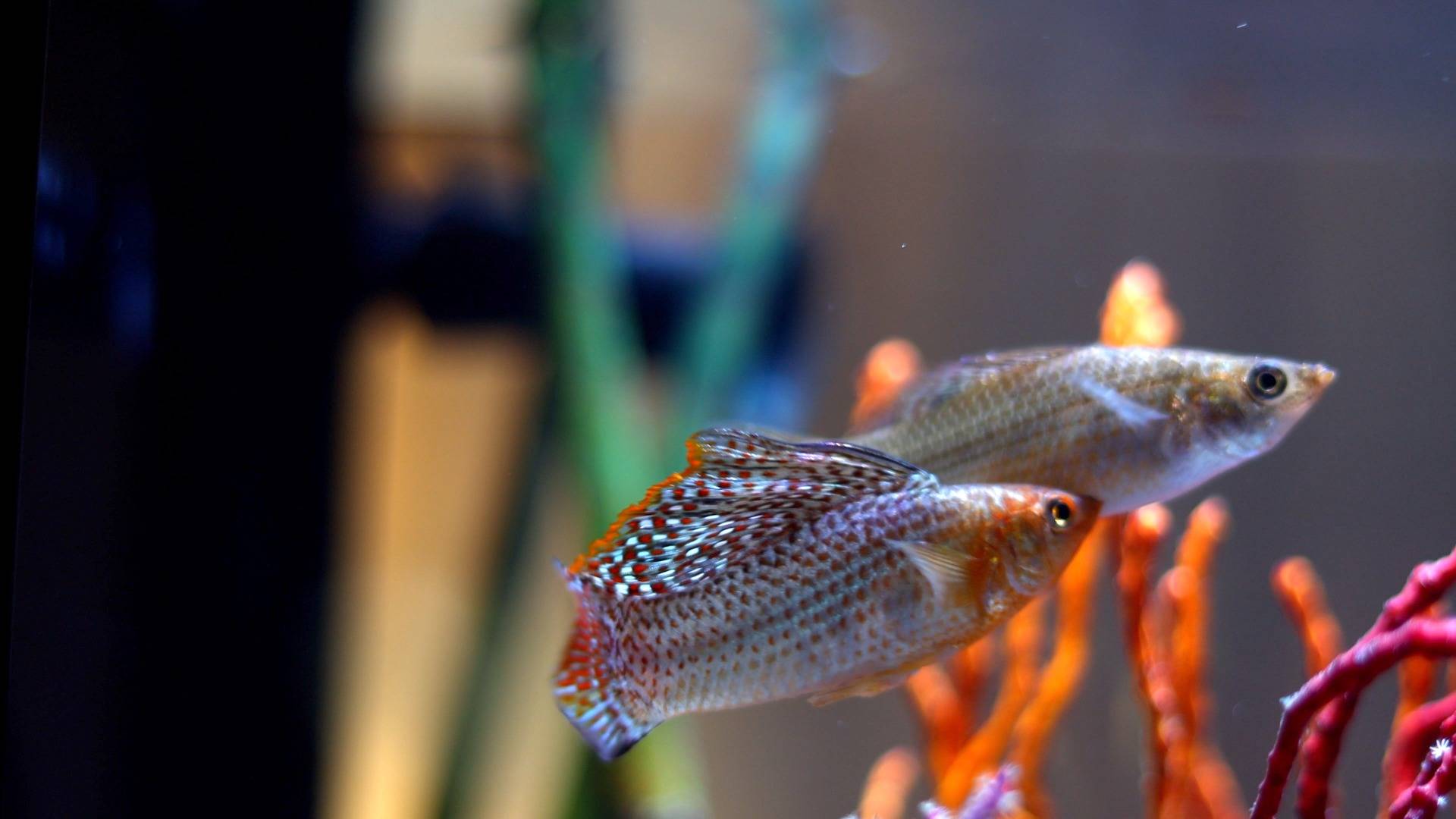 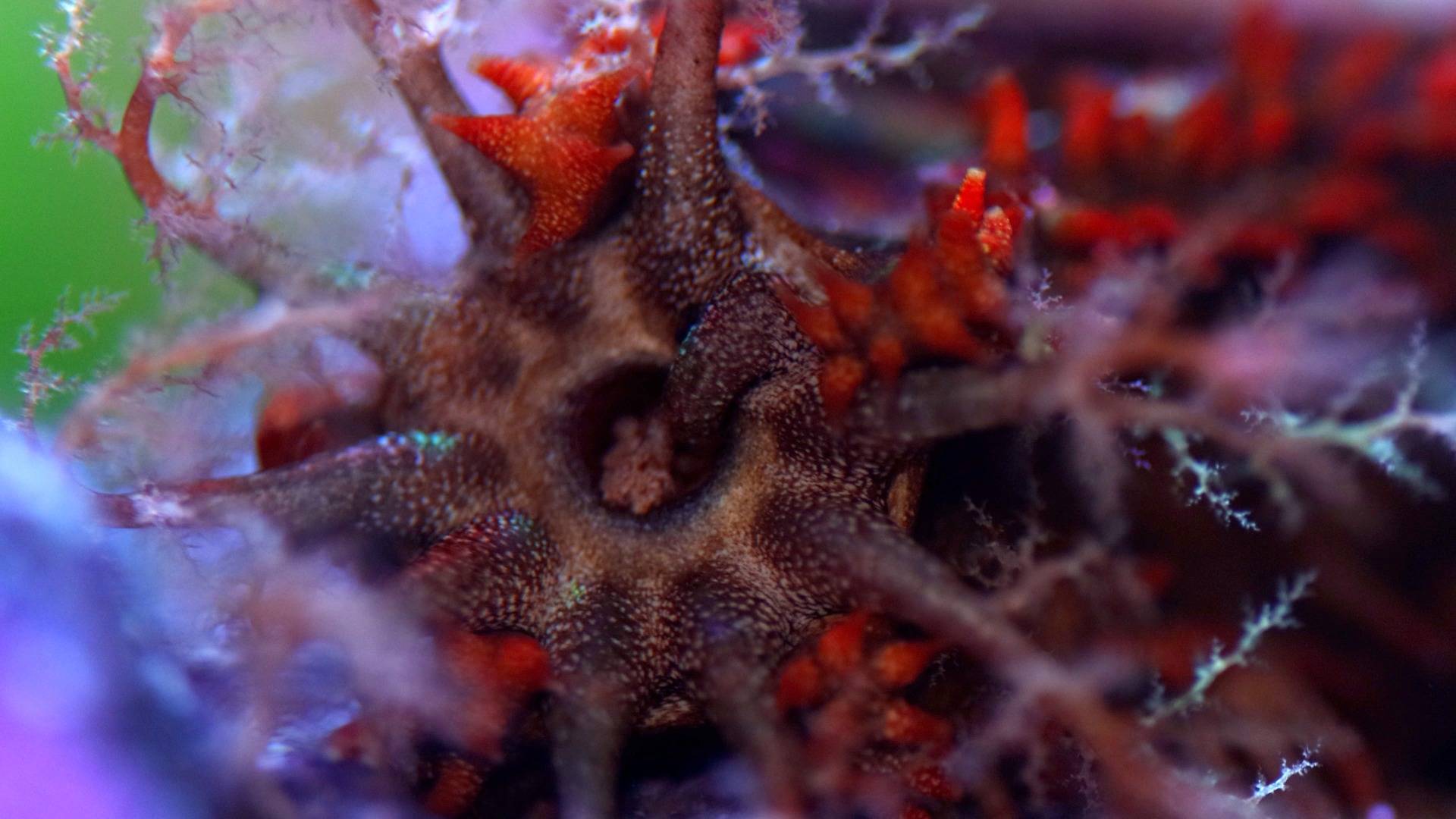 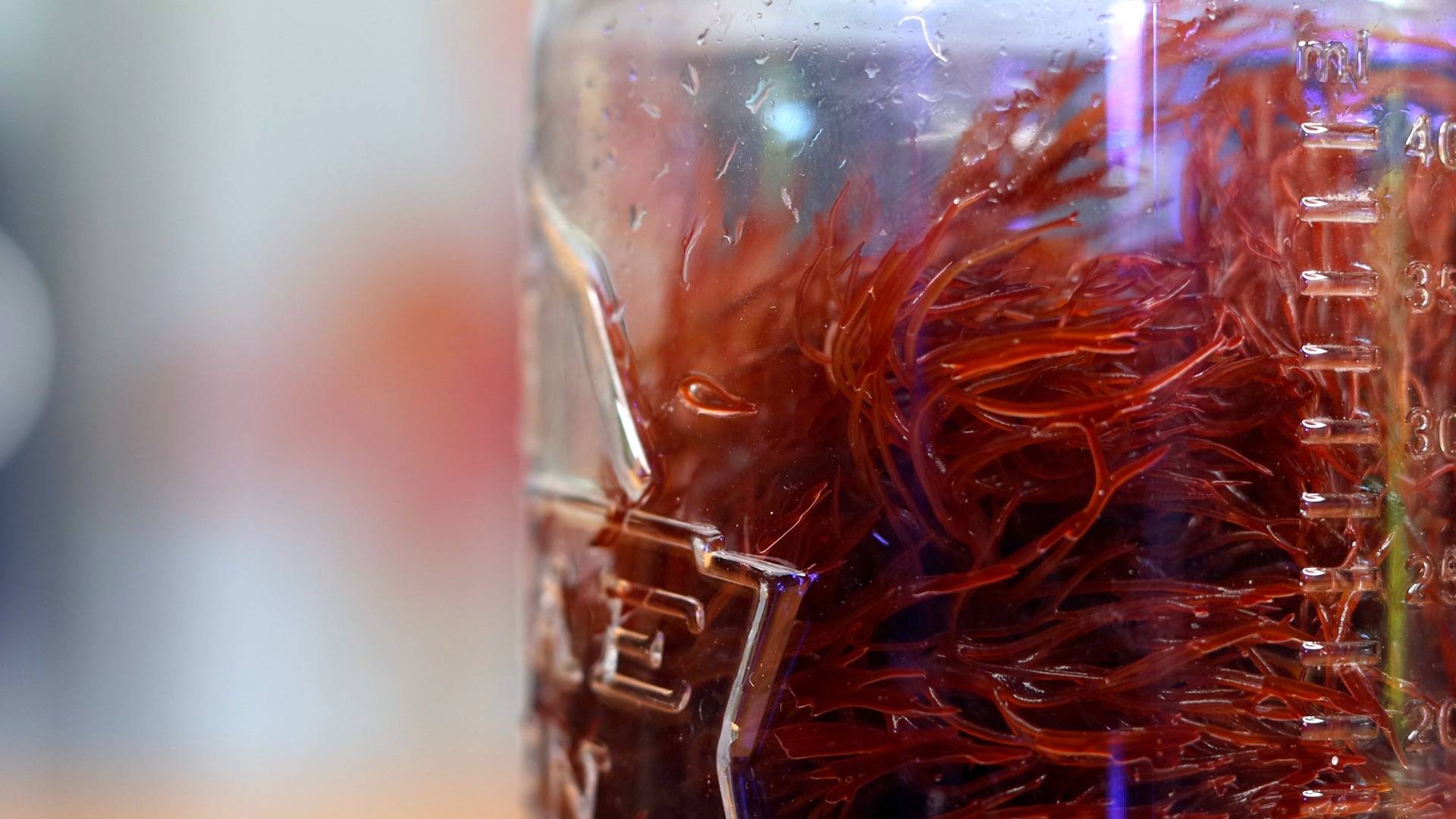 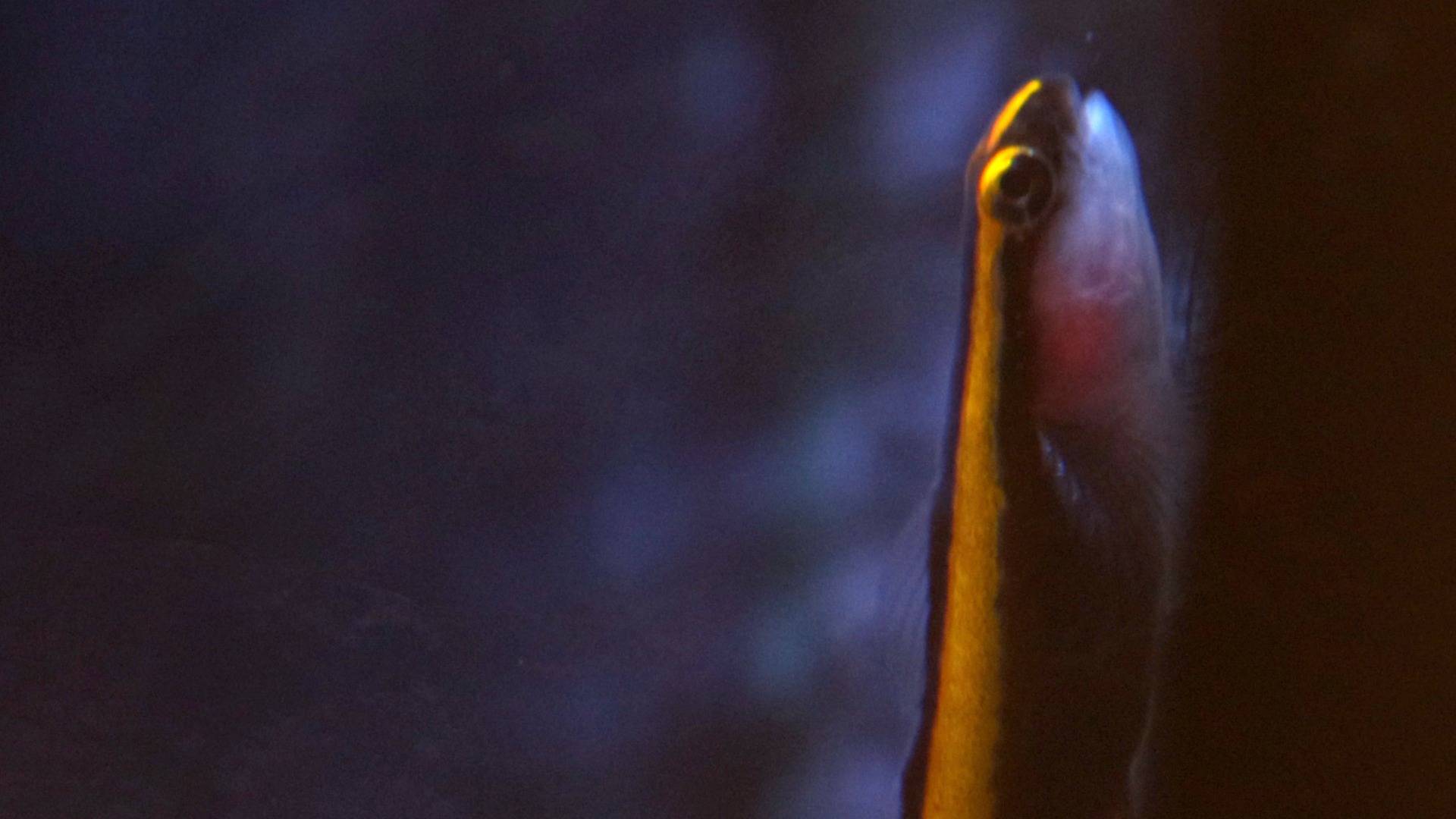 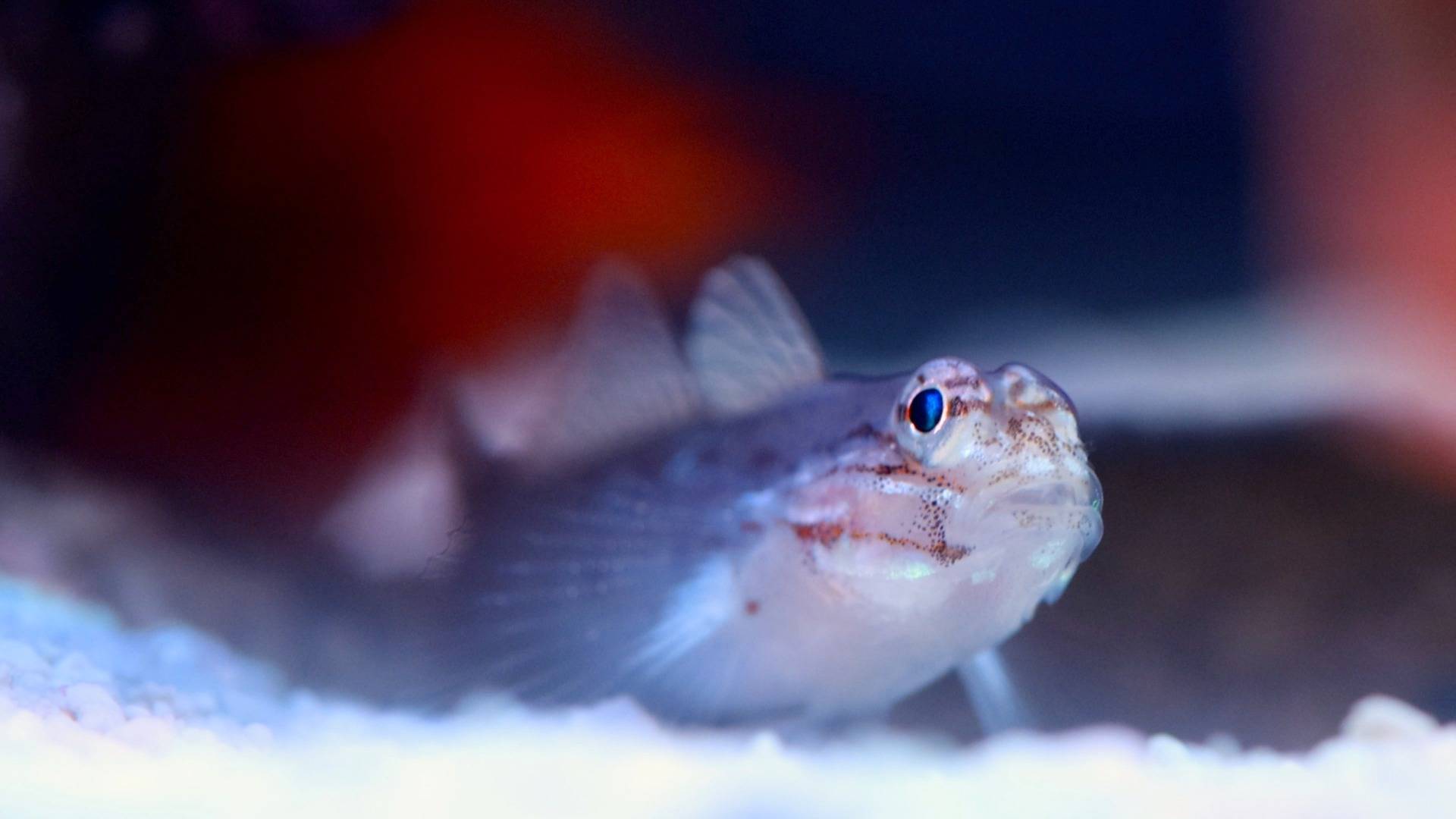 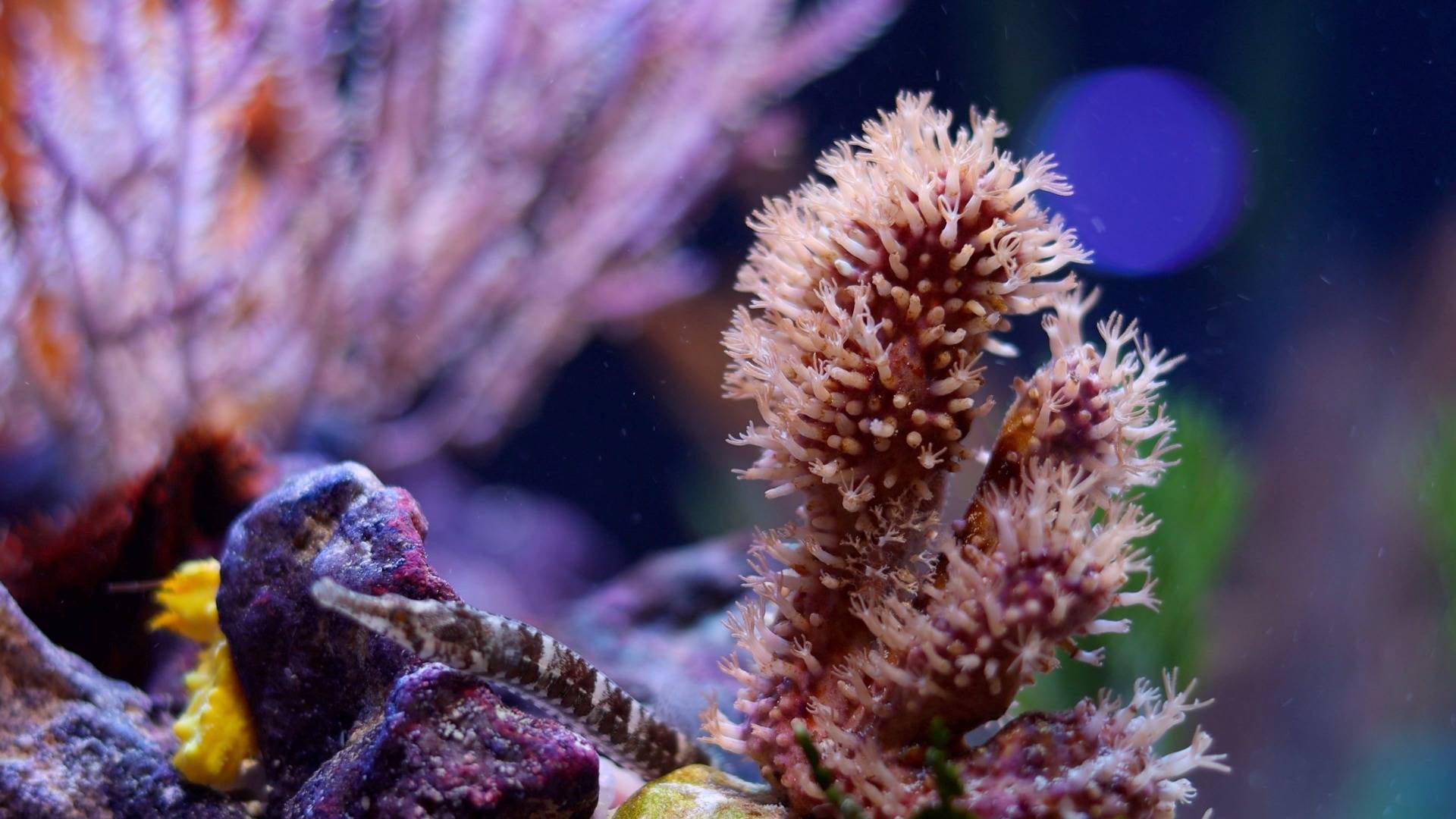 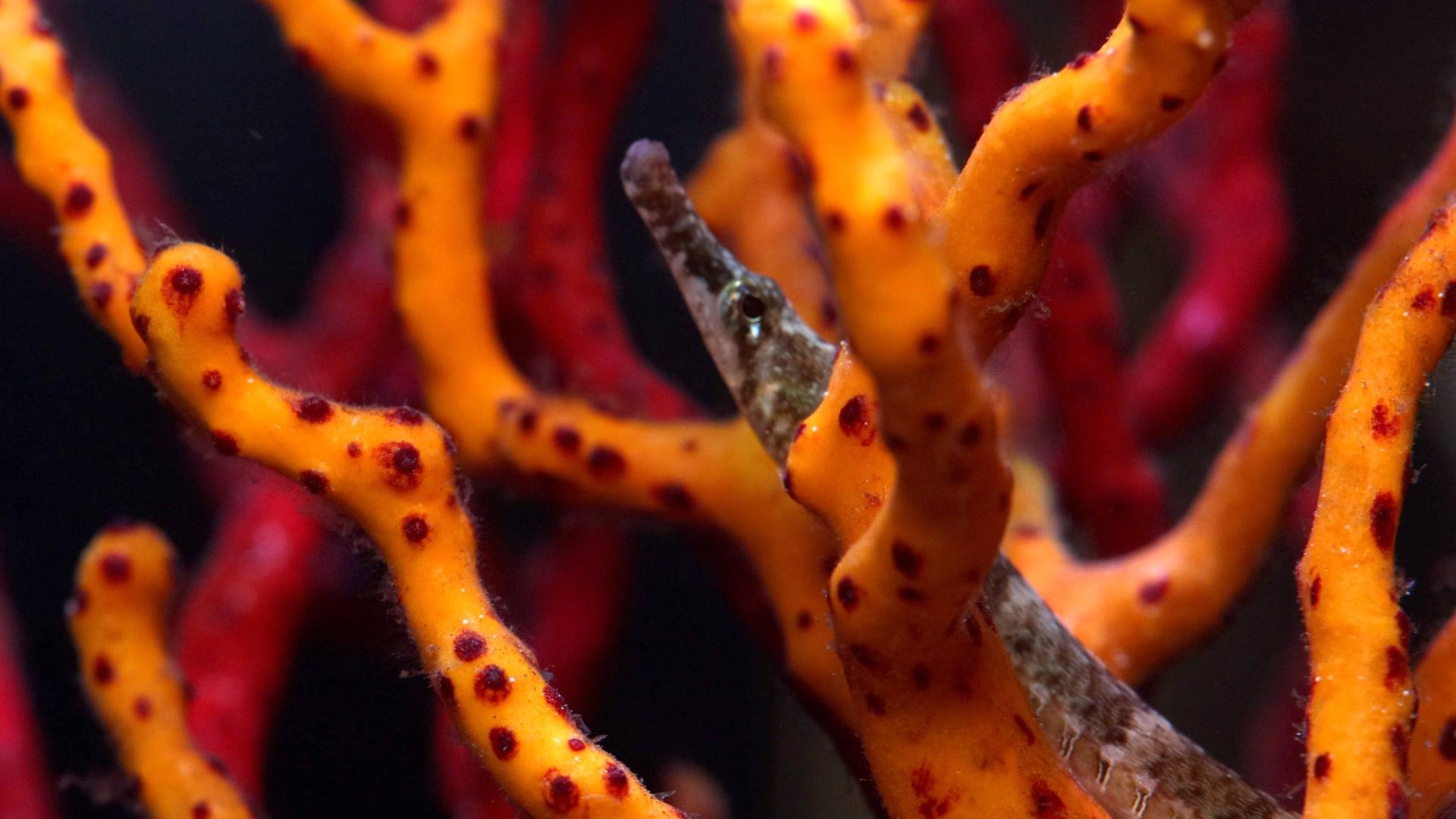 Since we are focused on a regional biome, the idea is to choose only organisms that naturally occur in the Caribbean. When building your own biotope, the research and sourcing of your animals will take some extra effort. In this case, the Caribbean is our home turf so finding the livestock from reputable retailers was not an incredible challenge.

This is a full stocking list to serve as an example of the incredible variety of organisms that can inhabit a biotope. As always, mind your tank's maximum bioload and be cautious of stocking your aquarium too quickly, especially if you're not prepared to manage the waste that comes with new animals. 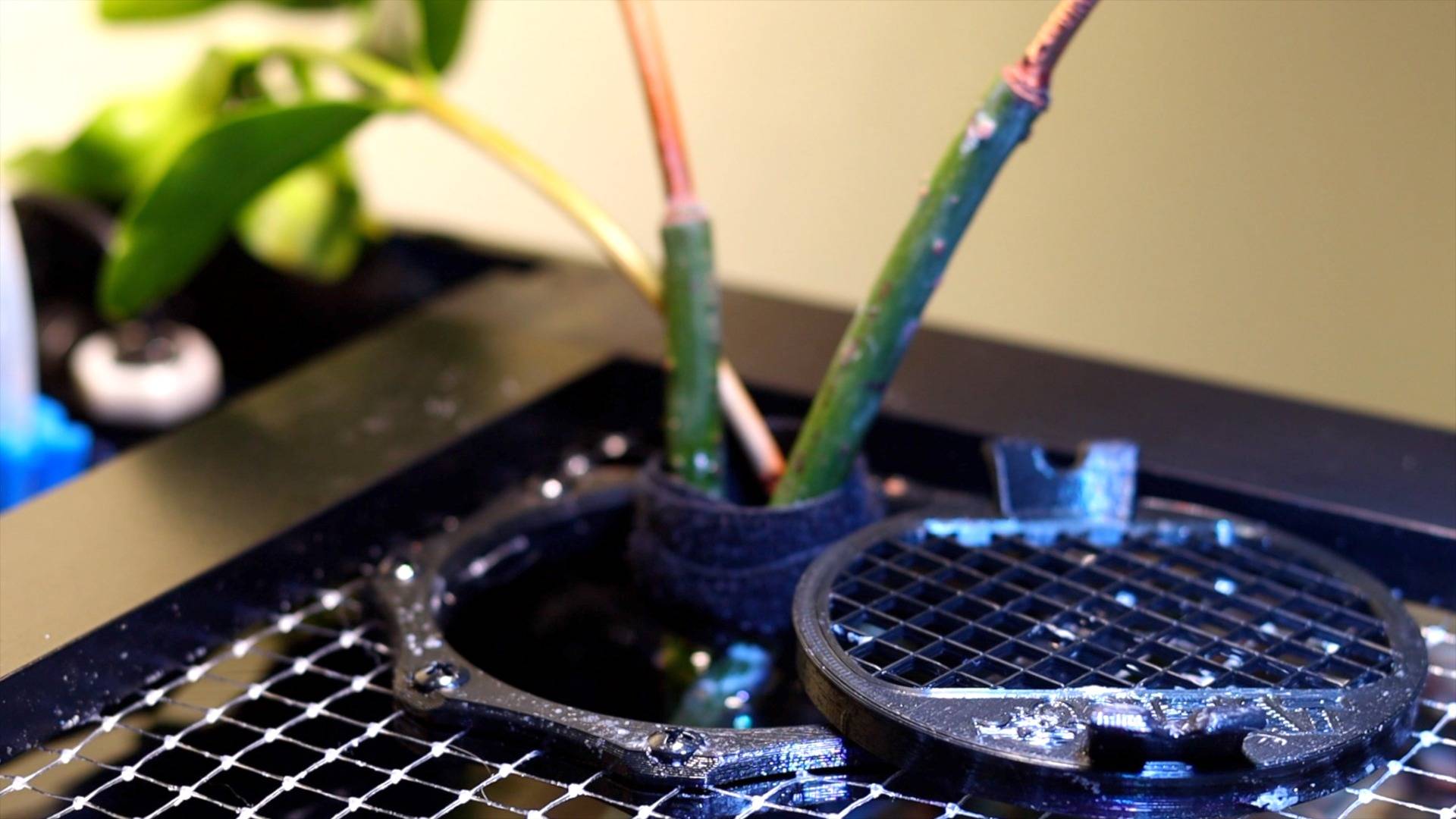 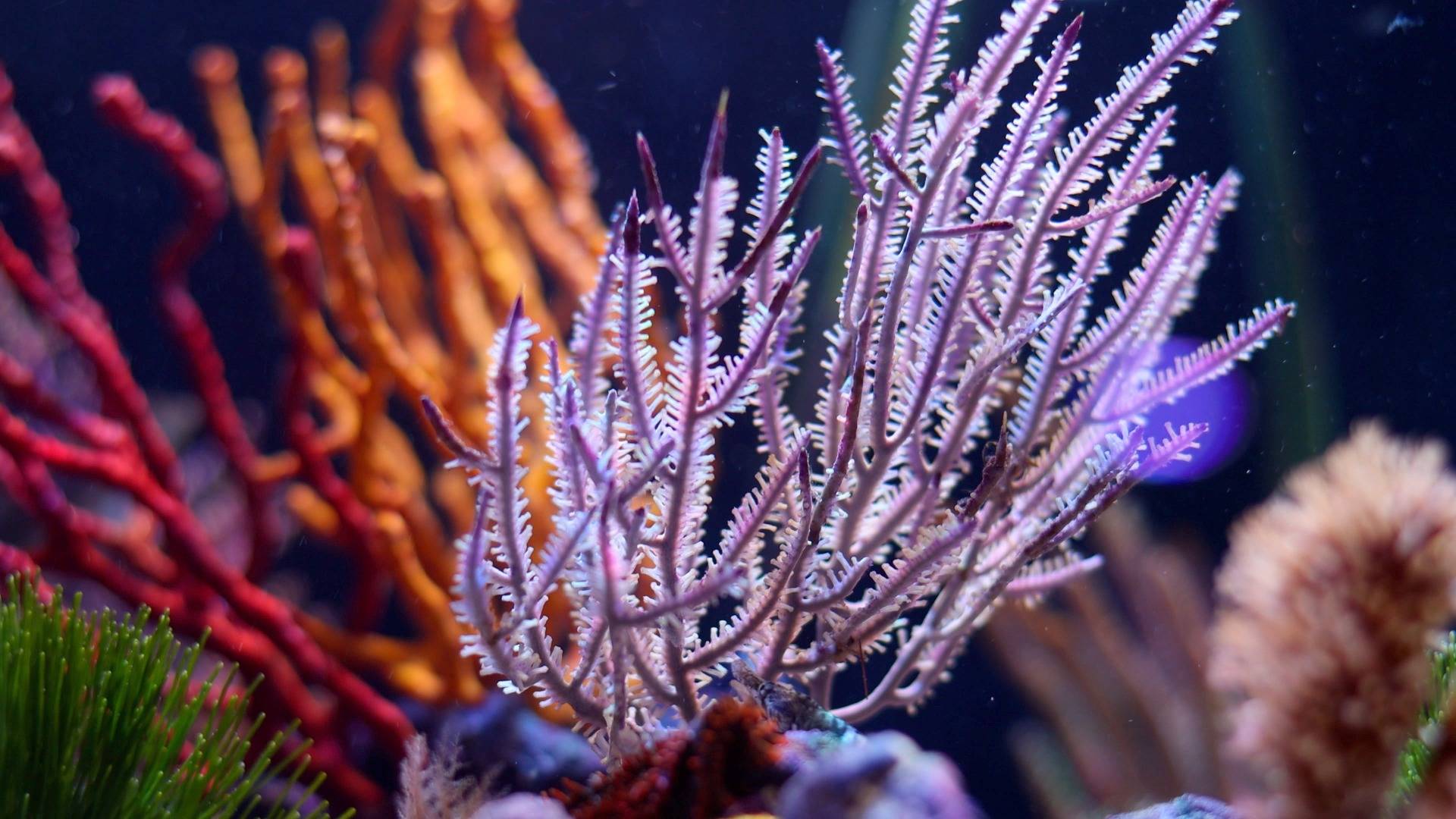 With this particular spread of animals, heavy feeding, moderate flow, and lighting are critical for the survival of the animals. The gorgonians, copepods, sea cucumbers, and scallops will all benefit from the regular feeding of live phytoplankton. It's also important to supply pipefish and gobies with small-size, nutrient-dense foods such as mysis shrimp and high-quality pellet foods. The BRS Brine Shrimp Hatchery is also a great tool if you acquire finicky fish that benefit from live foods.

Heavy feeding means lots of nutrients so stay on top of water changes, watch nitrate and phosphate levels, and adjust accordingly. We used Tropic Marin Pro Reef salt mix and so long as you stick with the same brand of salt mix and mix it to the same salinity levels every time, you can perform a larger percentage of water changes without harming your tank inhabitants.  In small, AIO-style aquariums, sometimes the best approach is 50% weekly water changes which not only helps with nutrient export but also replenishes elements for any corals and macroalgae.

Since none of these corals are technically "stony corals", dosing something like a two-part solution for calcium and alkalinity maintenance is not required so long as you maintain water changes. That being said, both the macroalgae and gorgonians take up other minor and trace elements from the water and large water changes help to ensure those other elements are available and balanced. As corals and macroalgae mature, you might even consider using supplements such as Brightwell Aquatics ChaetoGro and/or Replenish to ensure balanced elements. 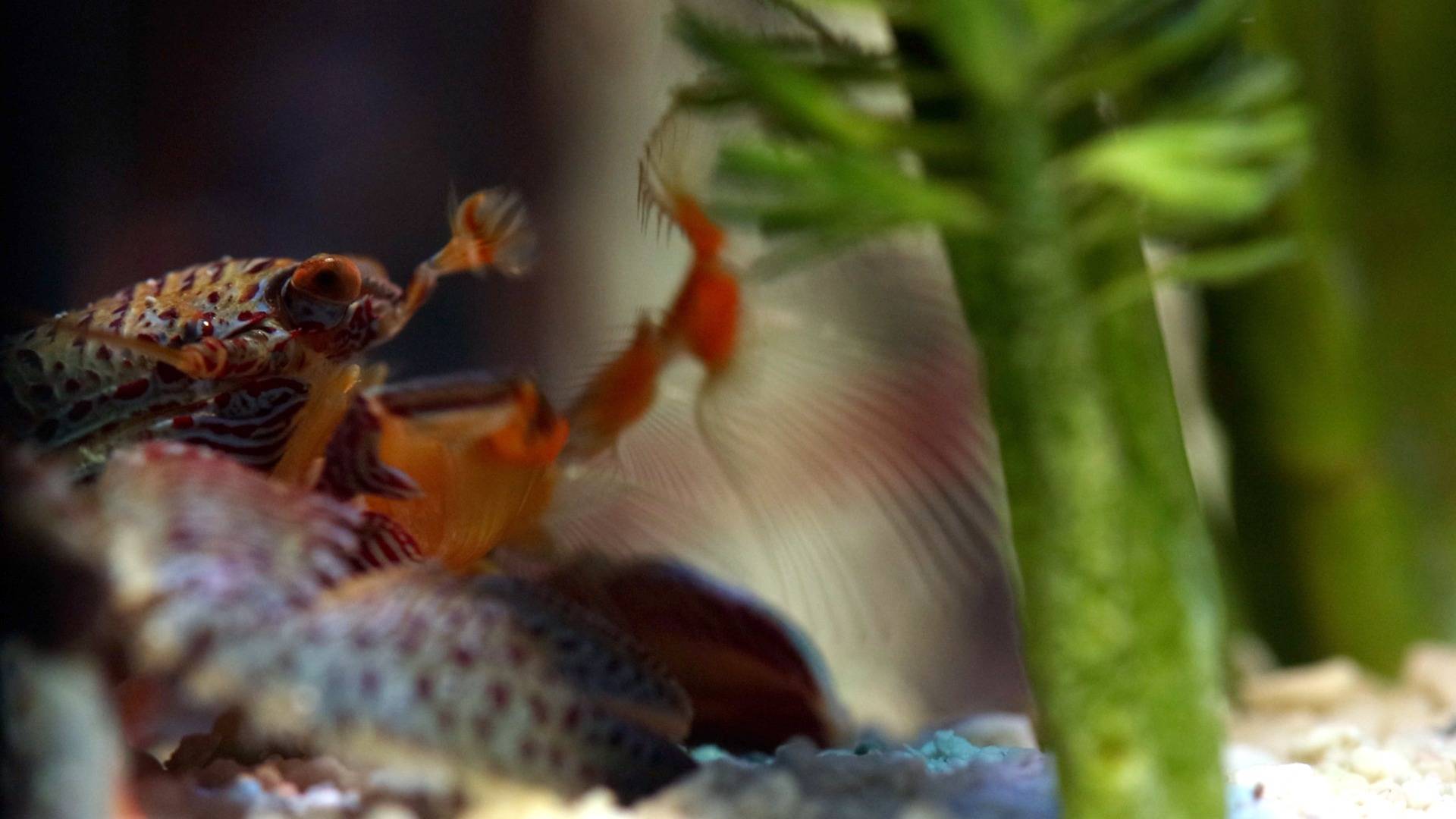 Mangrove Care: Red mangroves are native to Florida and are fairly easy to maintain as long as you supply sufficient high-output lighting. Do not completely bury the roots, just enough of the ends to anchor the Mangroves in your sand bed. They will extend up out of the surface through your screen top. You will need to cut a hole or use the Neat Aquatics Feeding Portal which will support the top of the plants so they stand vertically. Hight output lighting using a natural daylight spectrum is best and should run on the same photoperiod as your primary reef light.

Gorgonian Care: Gorgonians will really benefit from receiving live phytoplankton and other small coral foods to thrive in your aquarium, especially the NPS (non-photosynthetic) varieties. Anchor gorgonians (using epoxy or glue) to rocks or rubble which provides a solid foundation and they will appreciate moderate flow to bring suspended foods into its polyps.

Macroalgae Care: Some macroalgae attach to rocks and surfaces while others create a shallow "root" system in the sand. Know the difference and anchor them accordingly in your aquascape. Using rubber bands and rubble rock can help anchor down macroalgae that aren't attached to a root or piece of rubble rock.

Invertebrate Care: Crabs, snails, shrimp, and sea cucumbers are very sensitive to temperature and salinity changes, a slow acclimation is best for introduction into your aquarium. Some hobbyists recommend as much as 2-4 hour drip acclimation for the best results. Be mindful of what your said invertebrates need to eat as well, hermit crabs are generally scavengers and will pick at algae as well as leftover food. The Flame Scallop and Porcelain Crabs, however, require suspended foods that they can filter from the water.

Introducing Copepods: We added copepods from Algaebarn right away so they could establish in the aquarium and help with clean-up duties. Copepods not only eat waste and detritus but also consume diatoms and nuisance algae. In our BRStv Investigates Biome Series, we found that introducing copepods very early helps to prevent the severity of pests that show up during the "ugly stage" of a new aquarium. Feeding live phytoplankton helps sustain a robust and stable population of pods. 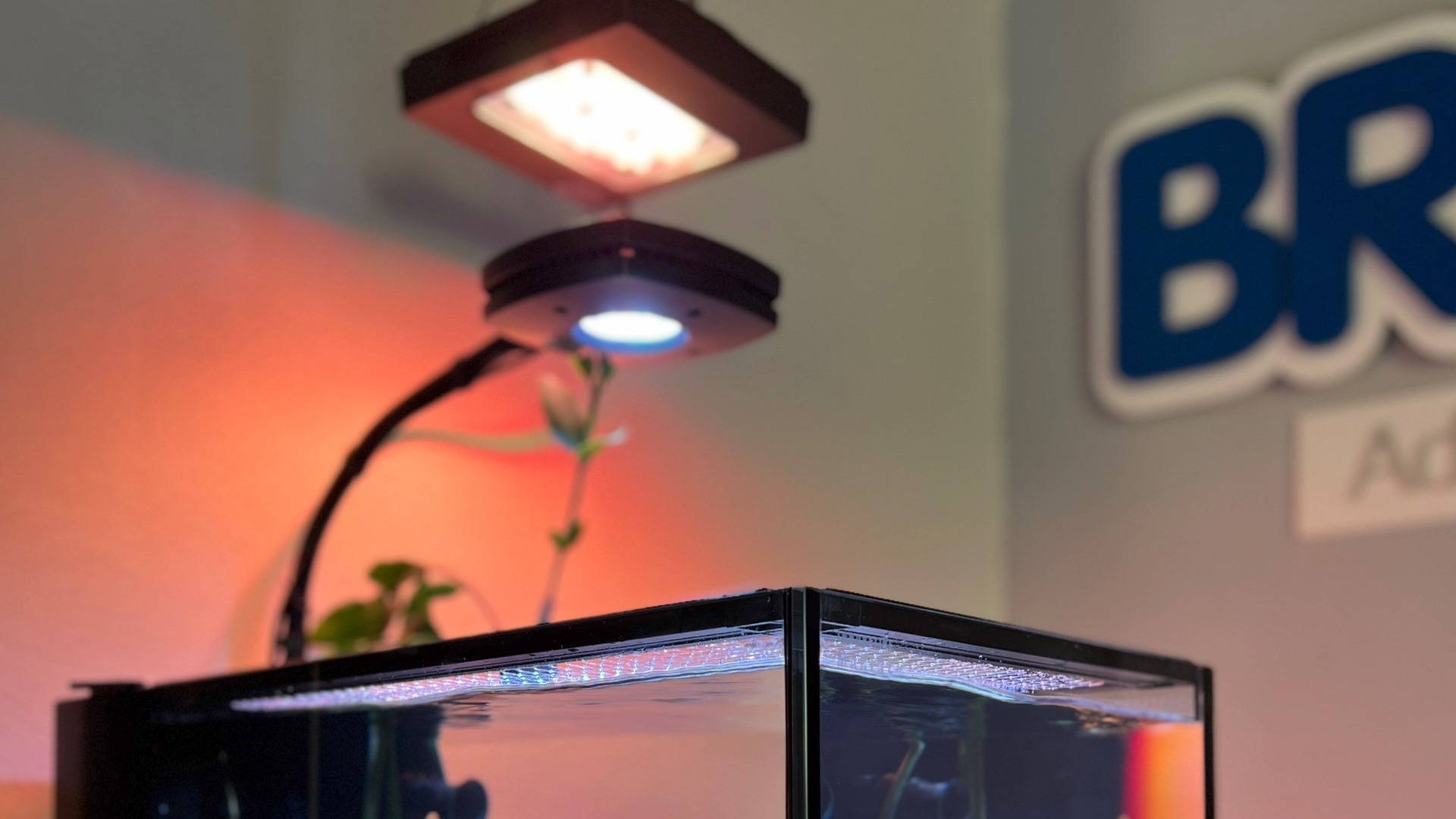 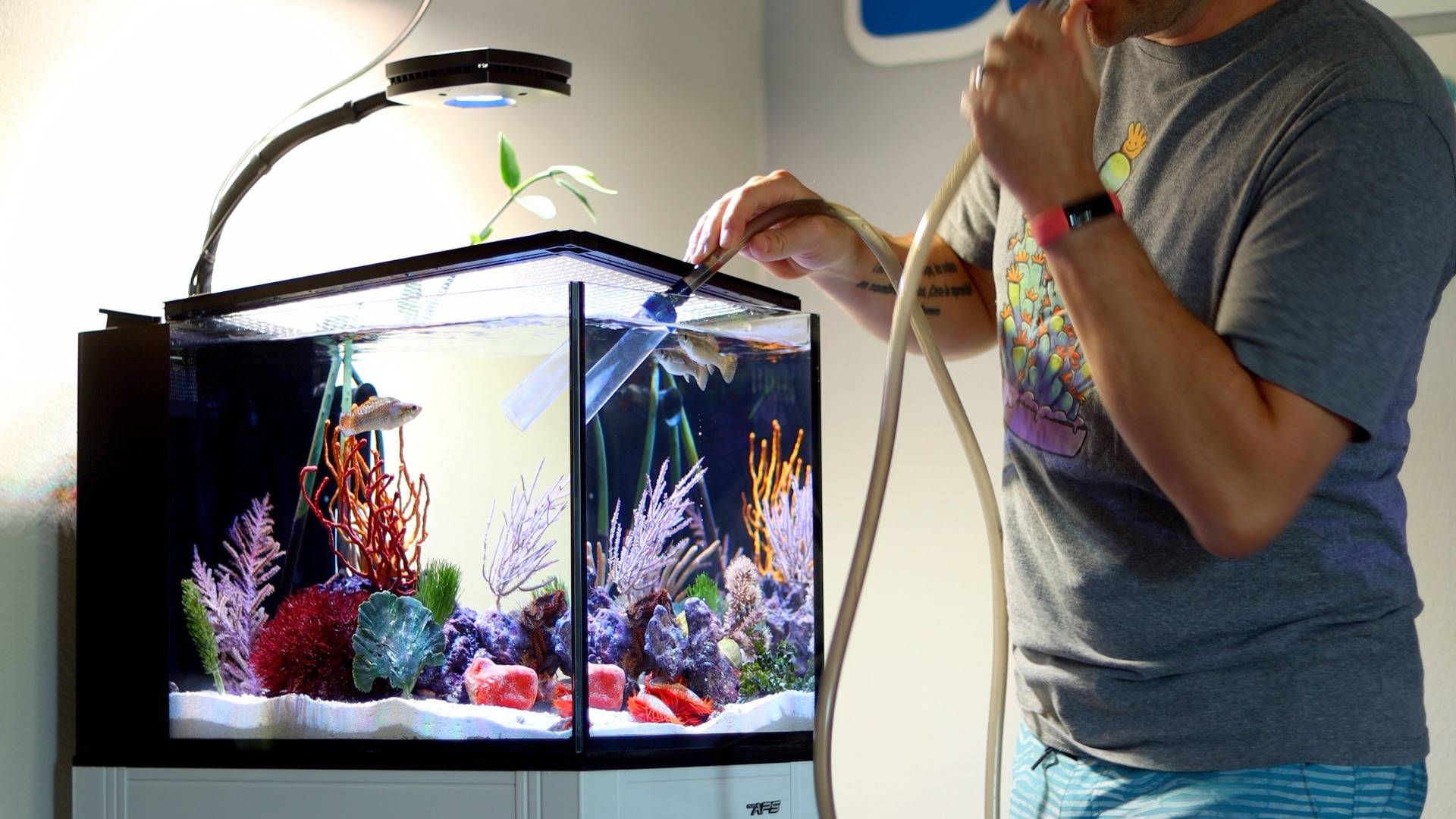 As mentioned above, nutrients will likely be heavy in a tank stocked like this so maintaining the filtration is critical. The IM 14-gallon tank is an all-in-one style aquarium so Matthew used established ceramic bio-media, activated carbon, and a pouch of GFO inside the media trays. The carbon will need to be changed weekly which is super important and test your phosphate levels to monitor the GFO media. Chemi-Pure Blue Nano Pouches are also a great choice for chemical media in a tank like this.

Lighting is unique on this tank because Matthew used two different lights, one to accommodate the corals and macroalgae and another light for the Mangroves.  Since the Red Mangroves grow tall and appreciate a more natural daylight spectrum, that additional light really makes a difference in terms of mangrove survival.

Of course, mounting becomes a little problematic with two lights over a tank of this size so you may need to get creative. Matthew used the 12" flex arm to attach the Prime HD over the display and suspended the Radion XR15 from the ceiling higher up.