Cycle your saltwater aquarium. Step 1: A new reefer's guide to ammonia and the nitrogen cycle

This is the first of our two episodes created to show you how to successfully cycle your new reef aquarium. You will not only learn how to make the water safe for fish but also get valuable advice to avoid a slew of challenges new aquarists often run into. 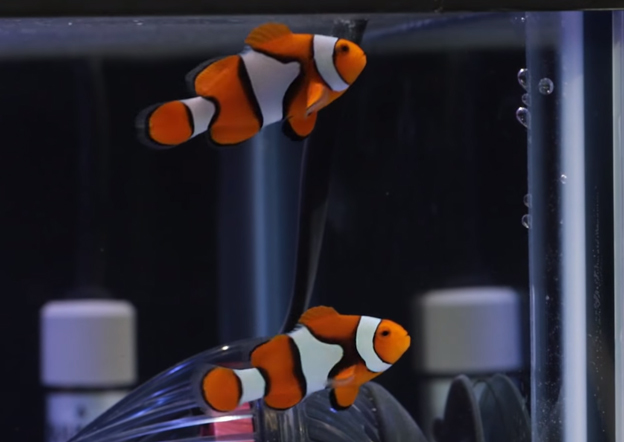 We split this up because there are two distinct challenges you will face while cycling your tank. First, fish release toxic ammonia into the tank through their gills and waste, ammonia also builds up from uneaten food breaking down. Eliminating this ammonia is crucial if you want fish to survive in your tank. 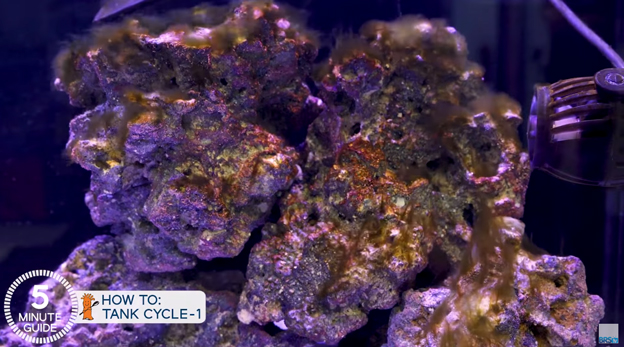 The second challenge during your cycle is avoiding the common pests that plague new reefers. Reef tanks have super bright lighting which is prone to growing pests like algae, especially in brand new tanks. In our next episode, Cycle Part 2, we will tackle these common pests and show you how to set yourself up for a stress-free tank cycle. 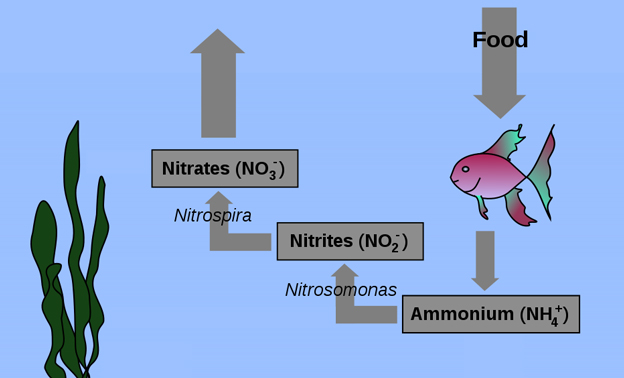 In a healthy aquarium, ammonia is eliminated via a natural process called the nitrogen cycle that is driven by a few different types of naturally occurring bacteria. Bacteria will process the toxic ammonia into nitrite, then a different bacteria takes over and produces much safer nitrate. Nitrate will then build up in the water or in some cases, other bacteria turn that nitrate into nitrogen gas. The nitrogen gas then bubbles out into the atmosphere for use by other organisms. 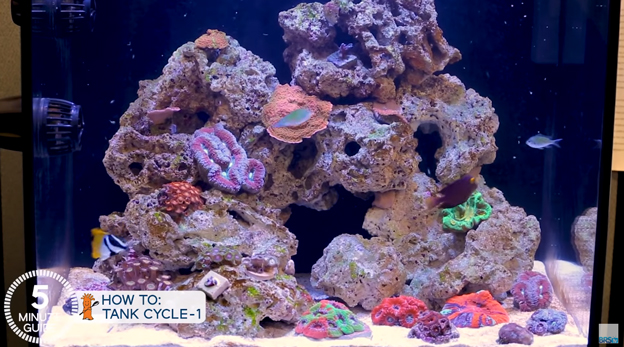 In order to establish a healthy nitrogen cycle in your tank, you need to grow and nurture the bacteria that make it all possible. The bacteria will populate your tank naturally, in fact, you couldn’t stop it from happening if you tried. Most of the success here is monitoring these bacteria and giving them the time to establish themselves before adding too many fish. 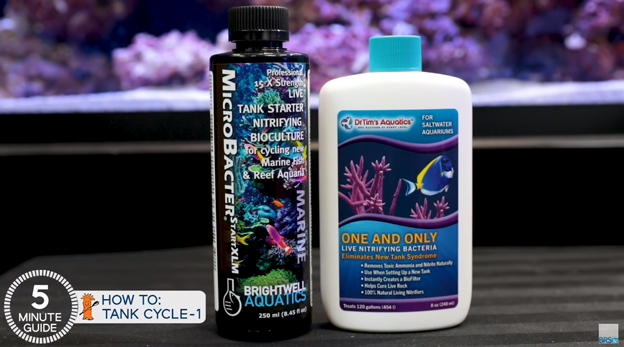 How To Cycle Your Reef Tank

There are a dozen ways to get the cycle going. One of the most popular and easiest methods is adding a small hardy fish, such as a small captive-bred clownfish, alongside a bacterial booster.

The bacteria additive will immediately elevate the beneficial bacteria population in your tank to eliminate ammonia making it safe for the fish. Over time as the fish eats and poops, additional bacteria will start to grow inside your tank which is called, cycling your tank.

These are our favorite bacterial boosters, all of which are slightly different but work in similar ways. Dr. Tim’s and Microbacter Start will work the fastest because they contain live bacteria cultures that go to work instantly.


We are using Dr. Tim’s One and Only to cycle the tanks here at BRS. The 4oz bottle treats up to 60 gallons and just be sure you follow the recommendations for water volume on the bottle. This means don’t undersize it and ensure you get enough bacteria additive for your tank size. A little more than what the manufacturer recommends will not hurt but a little less can lead to trouble. 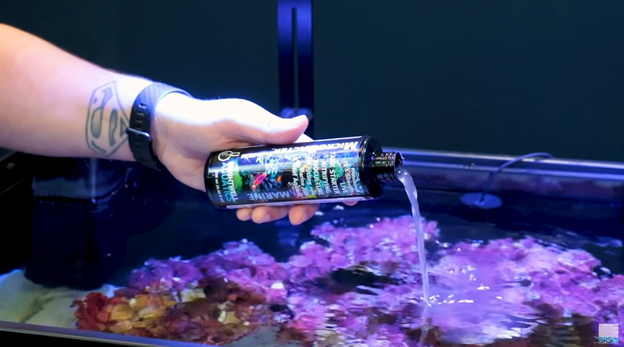 Simply add your first fish directly to the tank and pour in the appropriate amount of bacteria booster. The bacteria population will then begin to grow and establish itself on the rock and other surfaces inside your tank over the following weeks. 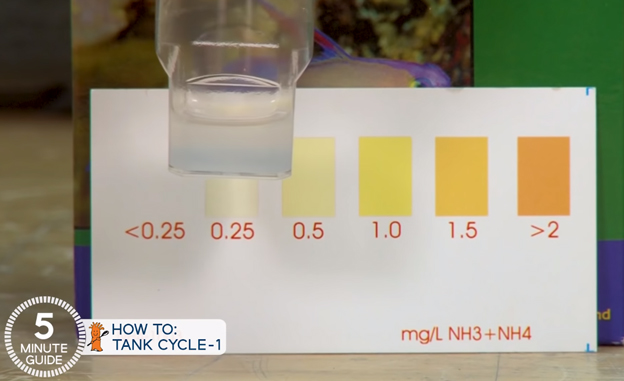 How long it takes to completely establish a healthy nitrogen cycle can vary from tank to tank. A good practice is to pick up an inexpensive ammonia est kit and test once weekly.


You will see ammonia is present for the first few weeks and then finally it will go away and start reading zero. Once you have a zero ammonia reading for 2-3 consecutive weeks, the tank is cycled and ready for more fish and other animals.

To watch the process even closer, you can also monitor nitrite and nitrate levels as well as the ammonia. Just the same, you will need a couple more test kits and perform these tests weekly. Once the nitrite levels fall to zero, you will start to see the much safer nitrates begin to show up.


Once ammonia is zero, nitrite is zero and nitrates are present in the water, you can be confident your tank is cycled and a working nitrogen cycle is established. 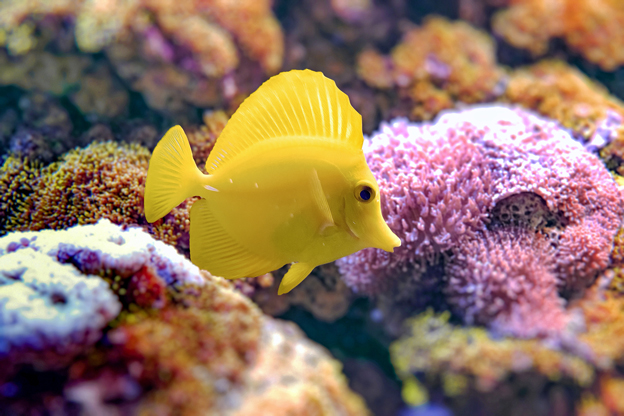 When To Add Fish

Past that point, it is safe to add another fish every few weeks. As you add more fish, the population of bacteria automatically scales based on the amount of available waste.


Go slow and add one fish at a time no less than two weeks apart. After you have a 2-3 established fish, it is safer to start adding more than one small fish at the same time but if you are adding larger fish, stick to one at a time. 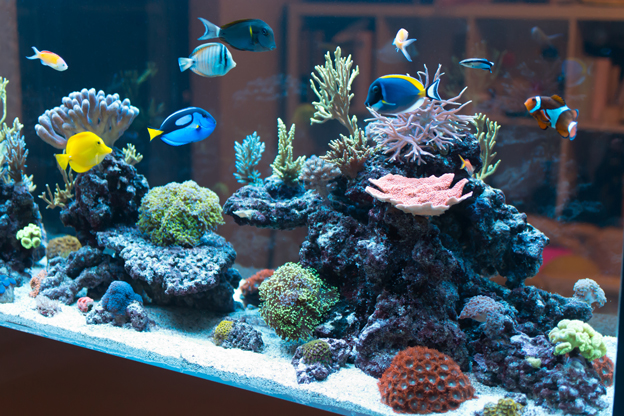 The slow addition ensures the bacteria population can catch up to the additional waste levels of that new fish. If you add too many fish at one time, you could end up spiking ammonia and killing off the entire population.

You have now learned the most crucial process of setting up your reef tank to a point at which fish will survive. We are aiming for a beautiful reef aquarium so your next step is ensuring that through this process, the tank does not become overrun with nuisance algae or other pests.