Get past the debate. Sump, hang-on or AIO (all-in-one), which type of aquarium should you choose?

When it comes to choosing the type of tank to buy, there are three basic option: a simple glass box, a glass box plumped to a sump below (Reef Ready) and an all-in-one (AIO) which has the sump or filtration chambers built right into the back of the tank. Each option has its benefits and lends itself best to a particular skill level and budget.


In this episode, Ryan takes us through the three options and tells you why the simple glass box is going to be the best route for those of you just starting out. 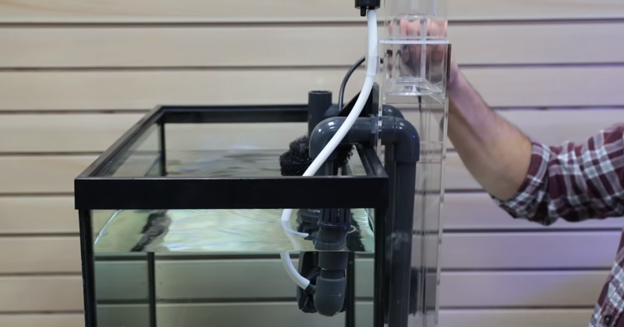 Ryan’s first reef tank was a traditional 90-gallon glass box with hang-on equipment and this is a pretty common story. Likely because a glass box is the least expensive route to having a functional reef tank when you look at total system cost.


With the no sump approach the filters hang on the back of the tank. Heaters and other equipment go directly in the tank. Visually, it’s not the most attractive approach but it could be a half to a third the total cost and eliminates the complexity of plumbing a tank. It is the easiest and most affordable route.

It is safe to say roughly 80% of the multiyear year reefers out there have an aquarium with overflows that go down to a sump where all the filtration resides. This is sometimes called a Reef Ready tank and building a tank like this is more often a journey rather than a starting point.


This approach has three big benefits. First, you get all the heaters and most of the cords out of the tank as well as all of the other equipment. Everything can be discreetly hidden down below the tank in the sump area. 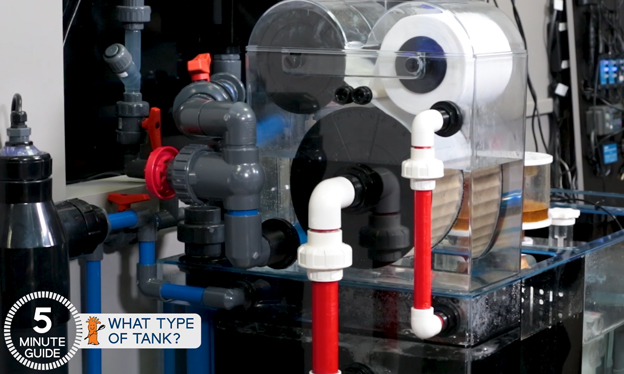 A sump will also allow you to use higher performance equipment and different types of filters like refugiums, larger protein skimmers, filter socks and fleece rollers that would otherwise not work hanging on the tank.


Finally, using a sump increases the water volume which makes the tank more stable. For example, if you have a 40-gallon tank, adding a sump could increase the water volume by as much as 50% which essentially means it is 50% more stable! That effect tends to scale down and be less pronounced as the display tanks get larger but you get the idea. 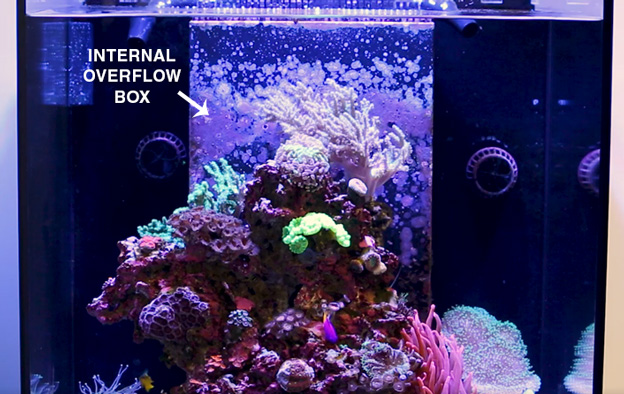 In a nutshell, there are two common ways to do a sump based tank. Buy it with reef-ready overflow towers already installed or drill the tank and add an external overflow box. Drilling the tank is easy and there are a hundred videos out there on how to do it, so don’t let that part intimidate you.

The choice revolves around whether you want to have the overflow box taking away from your internal tank space inside the display or free up that space and mount the box on the outside. Also, an internal overflow box means the tank can be mounted flush against the wall and an external overflow requires a few inches (+/- 3” - 6”) of clearance between the tank and wall. 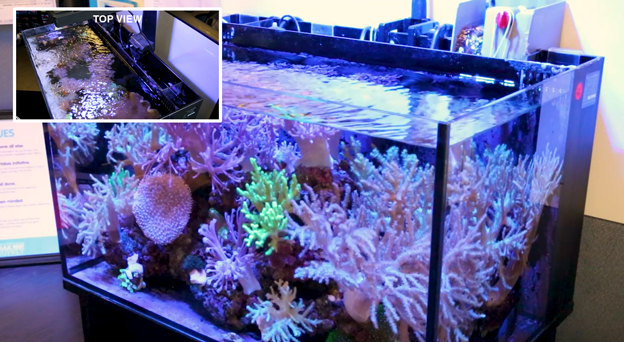 All-in-one or “AIO” is a tank manufactured with the sump or filtration compartments in the back of the tank. The back compartments will house your main pump, heaters and filters. It also makes it easier to run filter media such as carbon, biomedia or phosphate removers, even filter socks, skimmers and UV sterilizers can be placed in the back.


Think of it as a sort of hybrid approach because you have space to hide and install filtration equipment in the back but do not need to plumb a sump. They are much more expensive compared to traditional glass box aquariums but also far less expensive than a sump system approach. 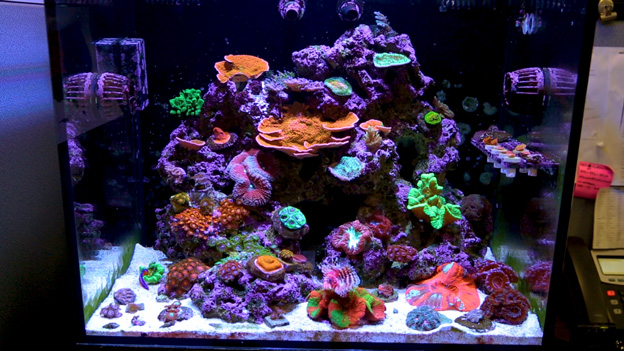 These AIO style tanks are so popular, in fact, that many of the manufacturers make filtration equipment specifically sized to fit and operate in these back chambers or at very least they take that into consideration when building a product line. If you have heard the popular term “Nano Tank”, which simply means small aquarium, they are more often than not referring to an AIO tank under 40 gallons.

The E-Series tanks from Red Sea are arguably the best AIO tanks available because they are high-quality and very easy to set up. The tank includes pretty much everything aside from a heater, rock, sand and water. It is clean and functional and the best part is, the tanks come pre-drilled and plumbed for adding a sump system below the tank down the road. Cut your teeth using the AIO filtration and when you’re ready for the investment, install a sump and continue your journey to reef keeping stardom! 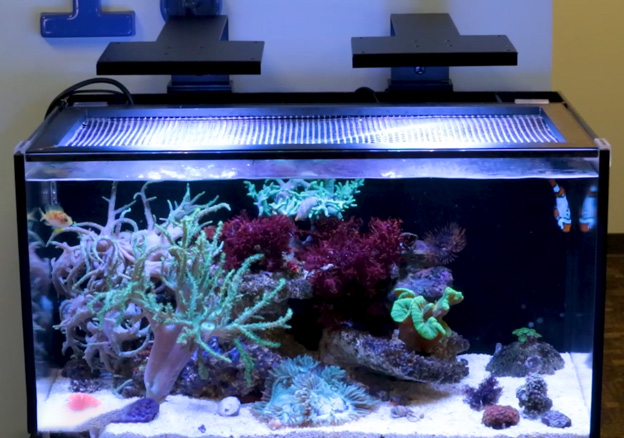 When choosing your first tank, consider your time and resources. A simple aquarium with hang-on gear is affordable and a very common approach for first-timers, many of us here at BRS included.


If you’re asking what the best solution or the highest percentage path to success, not just in terms of a thriving reef tank but also avoiding the costs of perpetual upgrades, the E-Series tanks from Red Sea should be at the top of your list. 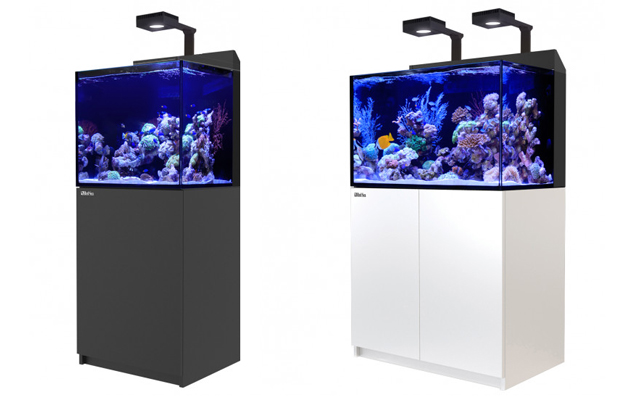 The E-170 is 45-gallons and perfect for kitchens, offices, bedrooms and the like. The E-260 is 69-gallons and great for larger bonus rooms, living rooms, basements and entryways that can accommodate the larger footprint. They look sharp, come with a stand and are easy to assemble with a majority of the necessary equipment included.

The dream is slowly becoming a reality but first, let's discuss the best fish options so you make the wisest choices when stocking your tank. Ryan also shares one of the not so secret secrets about stocking your tank with utilitarian fish, how to do it and why.