Clownfish symbiotically living amongst the swaying tentacles of an anemone is probably the most iconic scene on a wild reef and recreating this habitat in your aquarium is easier than you might think. So long as you are confident in caring for the clownfish and anemones, there isn't a whole lot else that goes into it. You can also source a captive-bred clownfish and anemones that are propagated in captivity which means your new aquatic pets will be even better suited for life inside an aquarium making your job as a caretaker much easier.

What is even cooler about a clownfish and anemone combo is the iconic duo can survive in a relatively small aquarium so long as you choose the right species and put forth the effort to maintain stability. For this build, we are using the Innovative Marine 14 Gallon NUVO Peninsula tank and are making livestock recommendations based on that tank size.  If you would like to learn more about this aquarium, check out the product spotlight and setup video linked below. 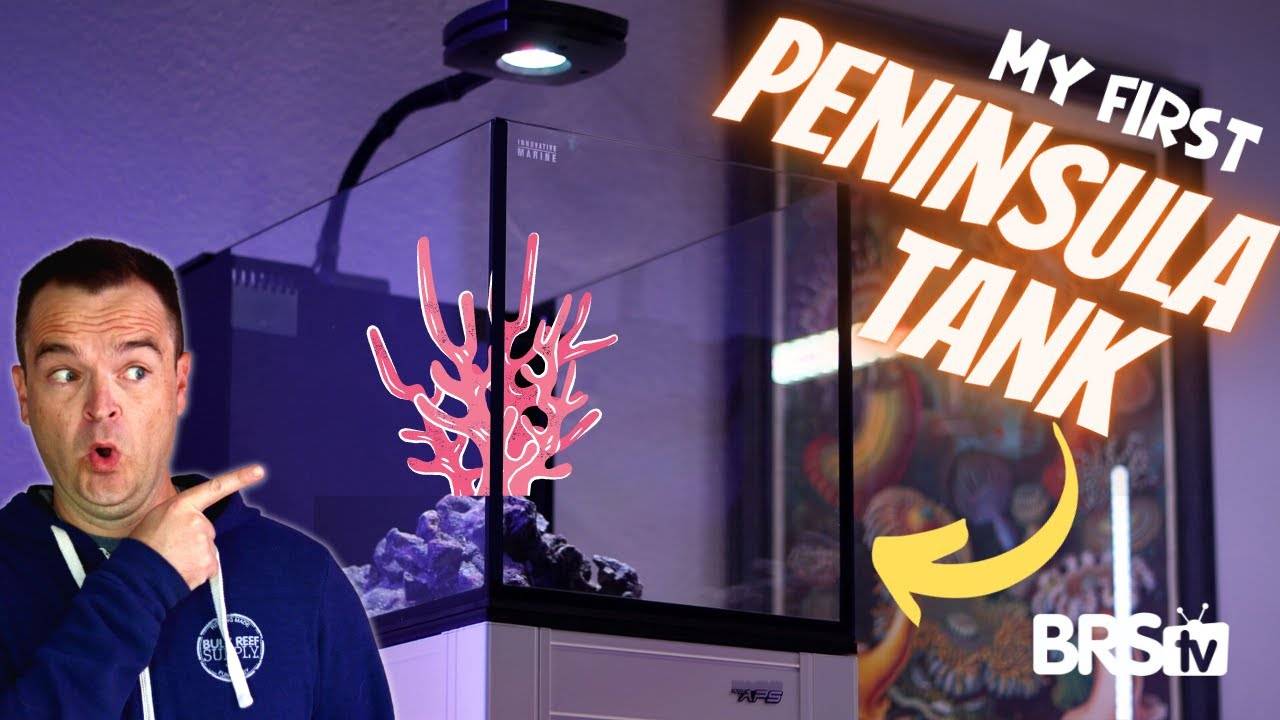 One of the best anemones for any saltwater aquarium, the Bubble Tip Anemones or BTA is a very hardy anemone that can sport some seriously outrageous colors. They are commonly sold as either red or green but there are also a few exotic multi-color varieties with various shades of red, green, yellow, and orange on a single specimen. Once acclimated into an aquarium, A BTA can be quite prolific which as a result means they are readily available across the US. For the most part, they are affordable and adapt very well to life in an aquarium.

They get their name from the token bulbous tentacles they often form but these bubbly tentacles are not always present, especially on larger aneomes that have become well-established in the aquarium. They are photosynthetic, meaning they will require high-output lighting along with very stable water chemistry in order to thrive in the aquarium.

It should also be noted that it is best to wait at least 6-12 months before an anemone to a new aquarium, especially if you are a beginner. In a 14-gallon aquarium, stocking 2-3 Bubble Tips Anemones will get the job done. You can add more or start with just one, bear in mind they do have the ability to split (reproduce) and move around so it is best to keep the tank dedicated to only the anemone and clownfish if that is your goal (meaning don't add any coral).

Clownfish (sometimes called "anemonefish") naturally make their home amongst the deadly tentacles of an unsuspecting anemone. Clownfish have evolved with immunities to the stinging nematocysts of anemones which is how they can survive the stings and the resulting symbiotic relationship between the hosting anemone and clownfish is quite fascinating. The anemone provides protection from predators for the small reef fish in exchange for the occasional bite of food and housekeeping. The clownfish consume algae, zooplankton, and microorganisms that may settle on the anemone and also ward off polyp-consuming fish.

While you can choose from a variety of different clownfish species that will take residence in an anemone, Ocellaris and Percula species are the most widely available and best choices for small aquariums. Not to mention the captive breeding efforts have resulted in a pretty incredible selection.

A pair (x2) of clownfish is the best choice for this nano tank because they are semi-aggressive and will be territorial when kept in odd numbers in a small aquarium.  While you cannot force the anemone to host your clownfish, keep your fingers crossed that the natural instinct or inclination for this symbiotic relationship takes precedence.

You will be supplying some extra water flow so you want to avoid fine grain sand that will easily blow around the tank. A sand bed depth of 1-2" is ideal.

Being a peninsula, the rock can be stacked directly in the center, up against the back wall, extending forward with plenty of room on all three sides for water flow. Over time, the anemones will spread out and cover the entire rock structure in the aquarium, at least that is the goal, so allow plenty of room for those anemones to expand and wave about in the flow.