Euphyllia is a genus of LPS corals that include the very popular Torch, Frogspawn, and Hammer corals. Within that, there are a variety of species and variants you will encounter in the reef aquarium trade and we often divide them up by either "branching" or "wall" which refers to the coral's growth pattern.

How To Care For Euphyllia

Euphyllia Corals can be susceptible to "Brown Jelly" disease which is contagious and something you should be diligent about when stocking a Euphyllia garden.  Just one infected coral can wipe out the entire garden. Of course, always inspect, clean, and dip new corals before placing them into your aquarium. Should you notice signs of disease, remove infected corals, cut away the damage and dip them again.  You can also quarantine your corals to be extra diligent which is especially important if you're adding corals to an already healthy and thriving population of Euphyllia.

For this build series, Matthew chose the 40-gallon NUVO Fusion aquarium which is an awesome all-in-one style aquarium.  All of the gear and equipment for this build were chosen based on this particular tank which is important when setting up your own Euphyllia garden.

When choosing your own tank, be sure it is large enough to house the variety of Euphyllia corals you plan to keep. These corals grow up and outwards so you want something with both depth and height to create the most interesting-looking aquascape. Long or flat aquariums will certainly work, but you will likely be limited to only a few Euphyllia corals, especially long term as they become large. 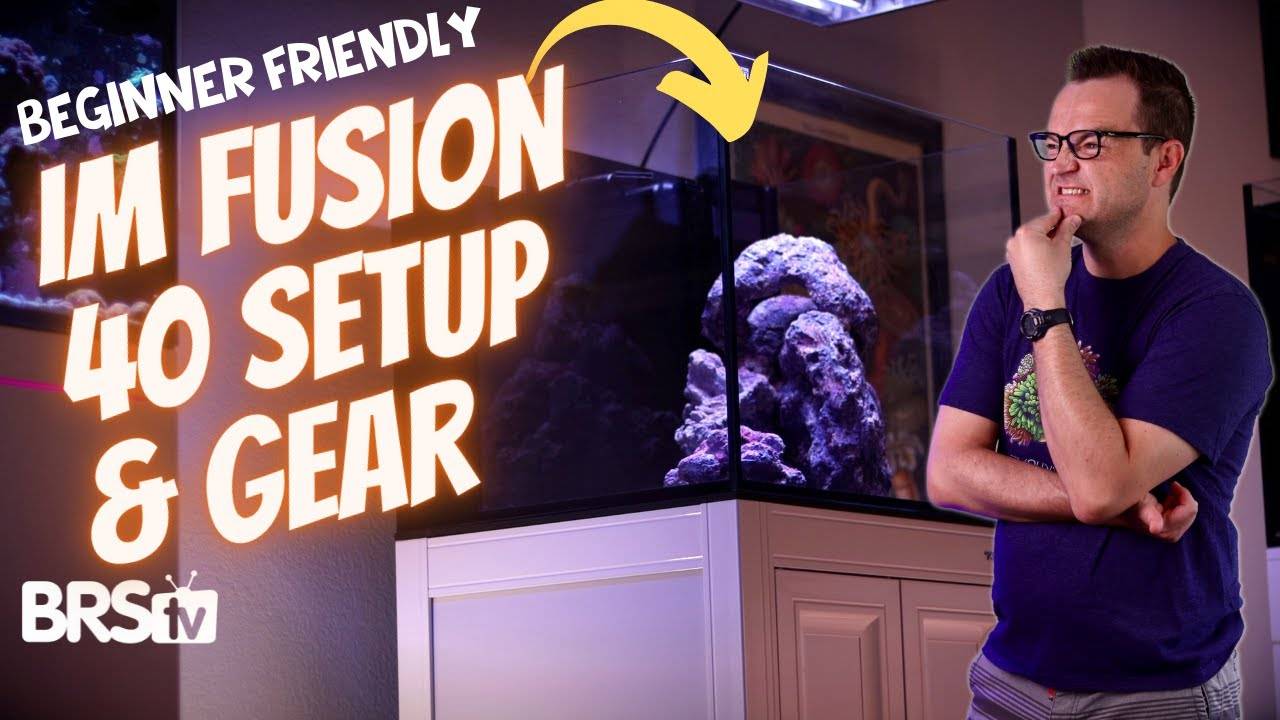 Caribsea Special Grade is the most popular dry sand because it is the perfect grain size to not cause a mess in a reef tank with significant water flow. It's small enough to still create that reef aesthetic but large enough to not constantly shift and be blown around in the currents.

When aquascaping for a Euphyllia dominant tank consider the fact these corals get large as their tentacles fill with water and expand. Closed up in the bag, a single frag may only be 1-2" in diameter but it will soon expand to 6" or more as it acclimates and begins to grow.  Adding a handful of Euphyllia in a single tank and you can quickly fill out the open aquascape and run out of available space.

Create minimalist structures using rocks that have plenty of crevices nooks, crannies, and holes to effectively anchor the corals and hide any exposed skeletal structure. As the corals grow, they will fill in the empty space and it will look much more natural if it's not overcrowded with rocks.  When anchoring Euphyllia, always use some glue or epoxy because they will not encrust the rocks like you get with SPS corals.  They grow from the top, up and outwards, which only creates a top-heavy coral, all the more reason to secure them.

Caribsea LifeRock is a great choice because there is a variety of kits, shapes, and sizes to accommodate various tank sizes and aquascape desires. This rock also looks great right out of the box and can easily be scaped into whatever formation you can imagine.

As for flow, you are likely going to want to use a powerhead in addition to your return pump to ensure ample water movement throughout the entire display. The idea is to get the tentacles swaying in the current without blasting them with strong flow, pinning them in one direction. Wide and random water flow works best for these fleshy LPS.

The exact settings and pumps will be dependent on the particular dimensions of your aquarium and how the aquascape comes together but generally speaking, a single powerhead combined with a return pump can get the job done in cube-shaped aquariums up to about 60 gallons.  Long and/or large aquariums will often require a minimum of at least x2 powerheads to achieve sufficient flow throughout the tank.

Matthew chose a 24" ATI Sunpower T5 Fixture to illuminate the aquarium but an LED fixture such as the Aqua Illumination Prime HD or Hydra 32 will work great over the 40 NUVO Fusion.  You want to tune the lights so you are achieving 50 - 150 PAR throughout the entire aquarium using a PAR meter.

Because LPS coral will consume major elements as they grow, dosing the aquarium is going to be necessary to maintain stability. Tropic Marin All-For-Reef is an incredibly simple additive and works out great for smaller aquariums. The single additive will maintain all major, minor, and trace elements.  All you will need is a single dosing pump such as the BRS 2-Part Doser or Kamoer x1 MicroPump to deliver the additive each day.