With 90% or more of reefers using LED lights, the days of the plug-and-play simplicity you get with metal halides and T5 bulbs are long gone. The controllability of LED lighting gives us the power to adjust spectrum and intensity. Still, sadly most manufacturers don’t bother to instruct users on how to make these adjustments without risking the lives of coral. The slide and pray approach is becoming common; unfortunately, the results are often slow growth, poor coloration, and even mortalities. 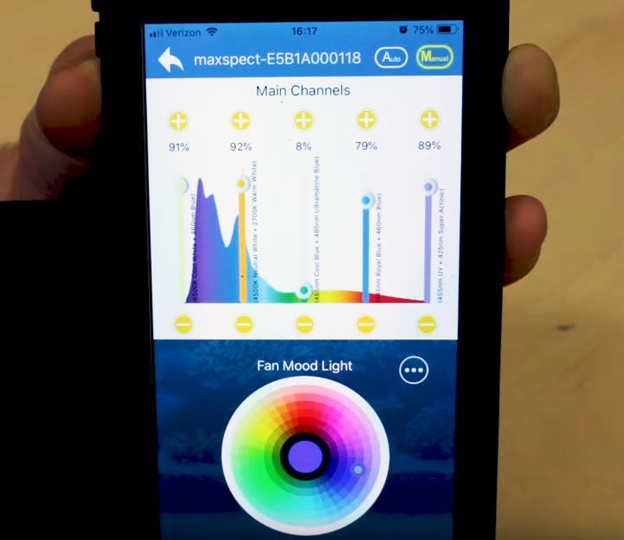 We have decided it is time to show all of you how to program your LED lights through a series of ReefFAQs videos and in this episode we focus on tuning spectrum.

Some reefers get lucky, some are just intuitive guessers, but many fail when attempting to dial in an LED light using the custom controls. Thankfully, you don’t need to be a marine biologist to get this absolutely perfect and have a successful reef tank. Stability is key because corals are amazingly adaptive creatures if you just give them a chance.

The most critical message is to set the spectrum to the best of you your ability and then leave it alone for 9 - 12 months, if not permanently. 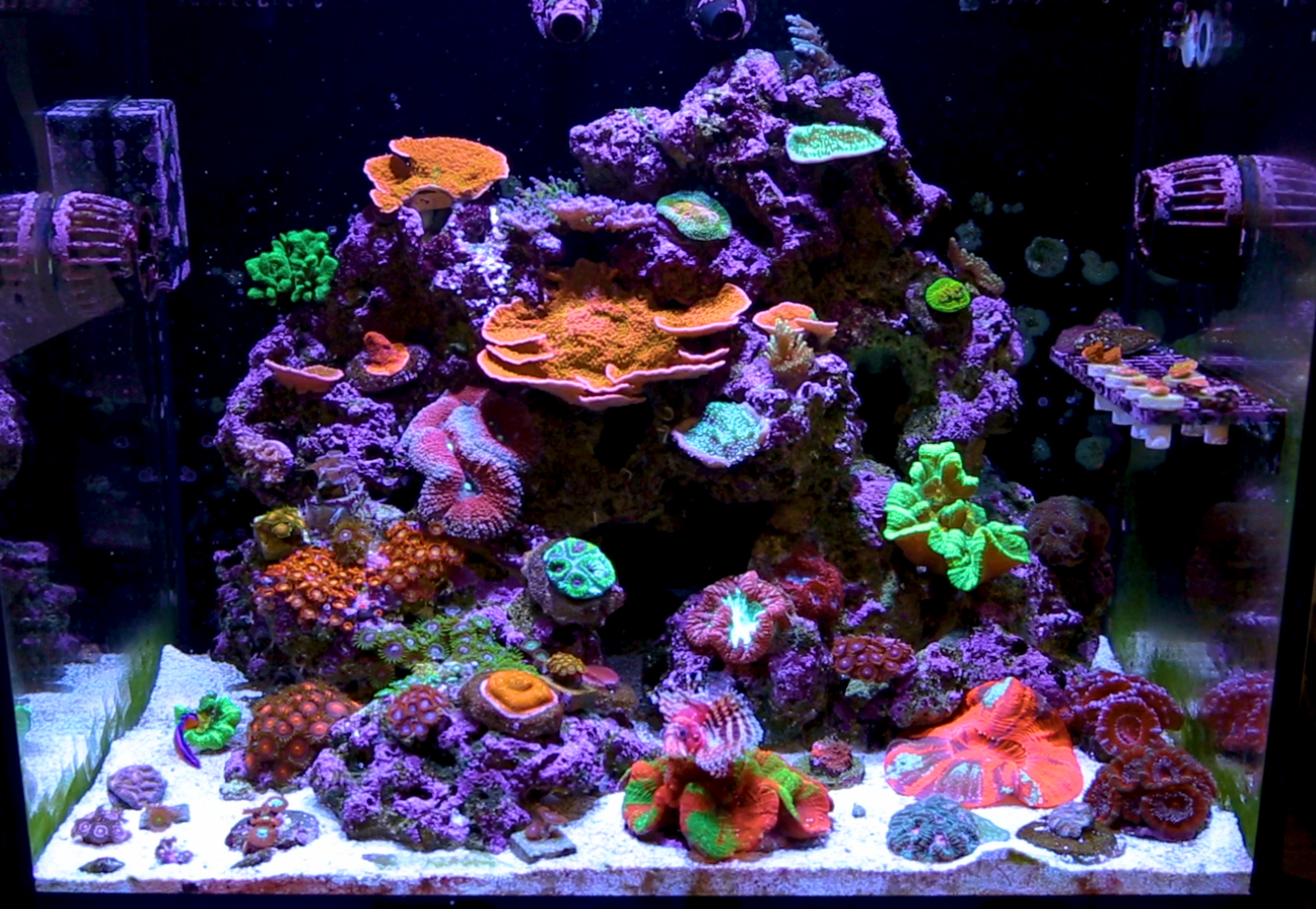 If you are making changes to your LEDs spectrum and/or output frequently, don't be surprised if it shows negative results in your tank. This is one of the main reasons why T5 and metal halide bulbs produced such positive results, you only change the bulbs out every 12-18 months and there were no adjustments to spectrum or output that could be made.

Corals have adapted over millennia to specific light spectrum ranges and they use specific wavelength peaks more efficiently than others. The wrong spectrum can cause major metabolic changes that result in loss of color, poor growth, and even death. 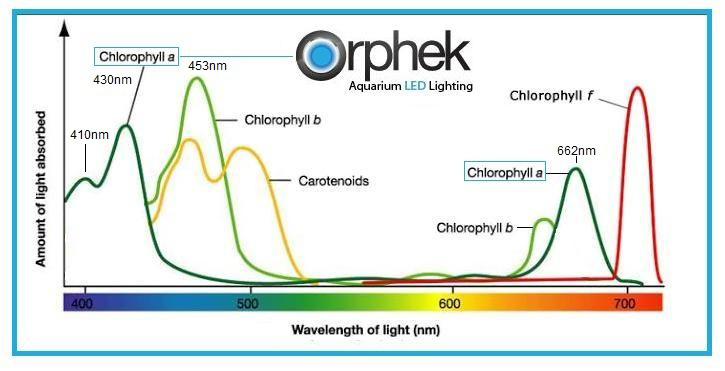 The chart from Orphek above helps visualize how this works. You can see the color of the light on the bar below and the corresponding wavelength measured in nanometers. The lines on the graph show the exact peak on this spectrum at which the various types of chlorophyll and carotenoids within corals are most efficient. LED color channels create very specific color spectrum peaks that when blended together correctly, you can create the desired spectrum mix by hitting those color peaks as closely as possible. 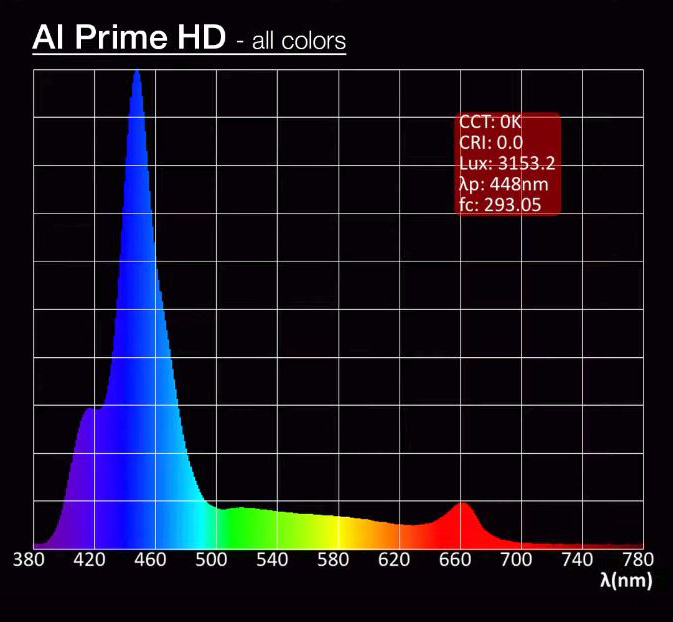 This is what it looks like when we blended an AI Prime HD together to create an optimal spectrum. How well various LED lights are able to achieve this blending is up for debate but it is obvious the ones that are making a strong attempt by being transparent with what they are doing and why they do it.

Here is a actual spectral graph of the Orphek Atlantik LEDs and how it overlays with the light and energy requirements of many corals. The jagged magenta line shows the Atlantik LED output while the solid red, green, black, and blue lines are various wavelengths that corals use.

Get an LED You Can Trust

Most of us don’t own multi-thousand dollar spectrometers that are required to measure spectrum so how would you know you're achieving the right spectrum peaks?

By far, the best way to achieve a successful spectrum is to rely on the manufacturer of the light. It is safe to say most reefers want to just set the light for optimal coral health and forget it.

Giving reefers the ability to adjust the spectrum is fine, but it should probably be hidden away with large warnings and caution signs informing you that making frequent changes or altering the spectrum is a dangerous path if you are not equipped to mix the color channels manually. 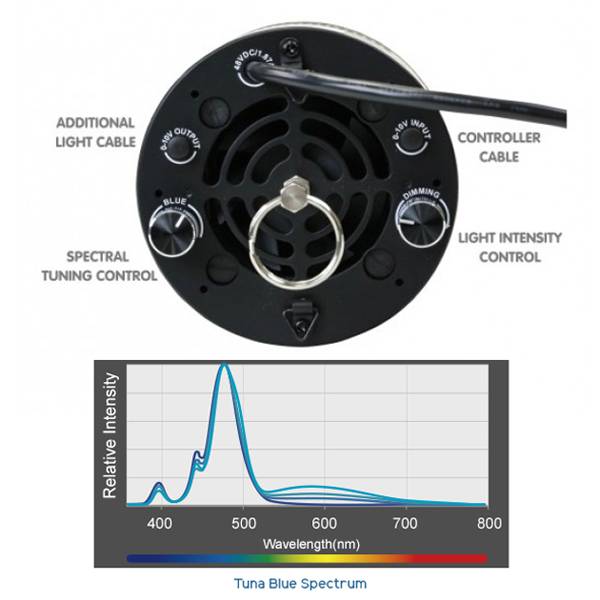 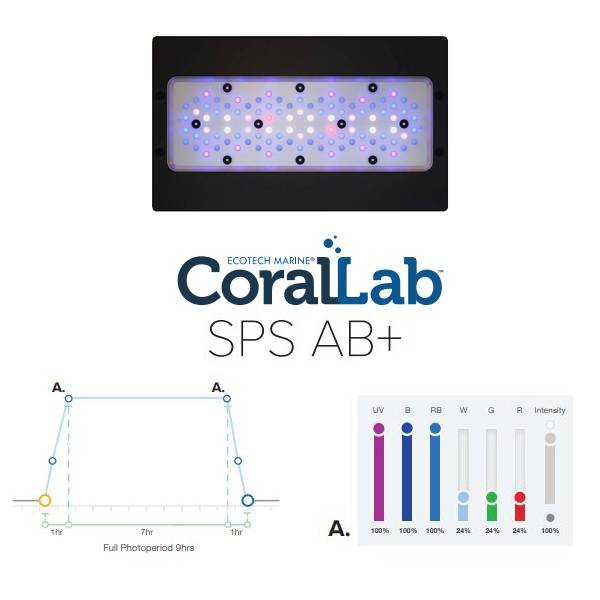 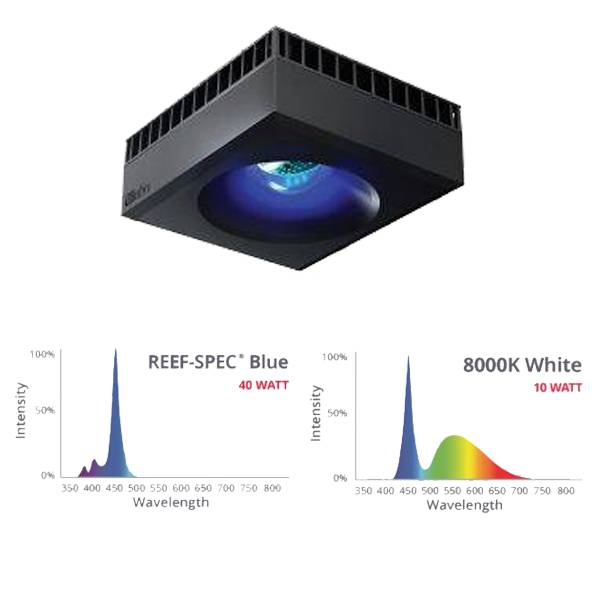 Kessil has done this well by locking down the critical spectrum peaks for coral health and allowing changes to less critical peaks for visual appeal which is what they call Kessil Logic. Ecotech Marine CoralLabs SPS AB+ spectrum mix is based on research in high-demand environments like coral grow-out facilities where maximizing growth and coloration equals maximum profits. Red Sea followed suit with the ReefLED and its Reef Spec which has locked down an optimal spectrum based on their own research for optimal metabolic function within corals.

Any manufacturer that clearly outlines the right mix for a reef tank or refines it further with various spectrums specifically for SPS, LPS, etc. is likely a trustworthy source and it is best to utilize those spectrum settings to achieve results. Something reef tank owners should seriously consider when shopping for lights. 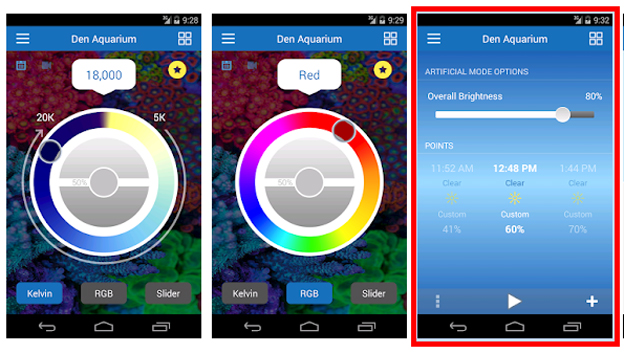 How To Create an Optimal Spectrum

Just to be clear, always use the manufacturer spectrum presets if they are available. The next best thing would be to find others who are using the same LED successfully and copy those spectrum settings. The best results are often found by emulating others who are having long-term success. Again, sticking with major brand name LEDs makes this easy because you are sure to find other reefers who are using them successfully.

If there are limited resources available on the light you selected, you will just have to make your best guess based on what we know about coral photosynthesis. In a nutshell, you want to create the widest violet-blue color peak as you possibly can using the given color channels. 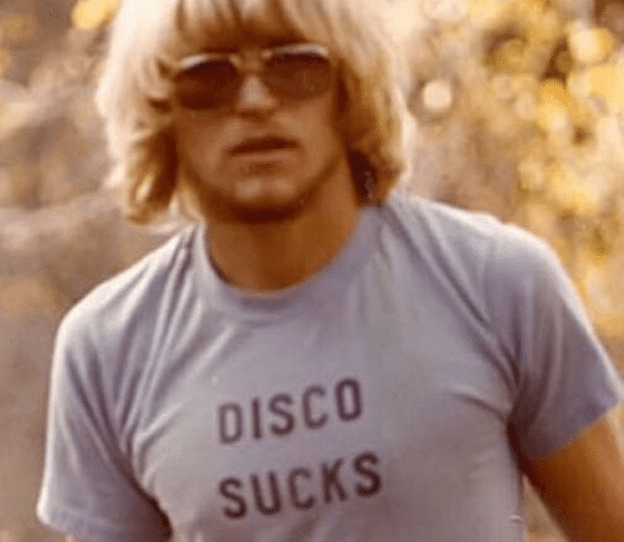 T5 and metal halide bulbs offered a uniform spectrum but LEDs need to use a slew of different LED peaks to emulate a full spectrum of uniform light. It may look blended visually, but if you look closely in the tank you can often see the individual dots or lines of white, blue, green, and red shooting around your sand bed or on the rock work. This is what hobbyists refer to as the disco effect.

This is intensified by the ripples on the surface of the water catching the individual LED spectrums, magnifying and then shooting that light around the tank. I think the jury is still out on how much this matters but when given the choice, 99.9% of reefers would NOT prefer to see this in their tank. 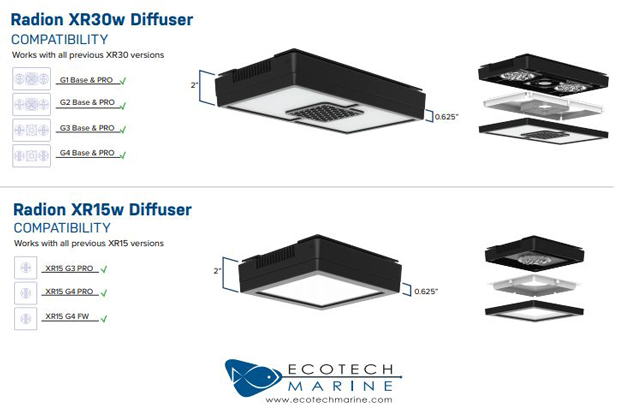 LED manufacturers are solving this problem a few different ways. Kessil’s approach of putting all the LED diodes under a single lens does a solid job of blending all of the individual spectrums which you can see for yourself in our BRStv Investigates episode in which we looked at Kessil’s A360X LED performance.

A diffuser is also an option which is a sheet of diffuser material over the LED layout for the purpose of blending the colors together. This will reduce the intensity to a certain degree but comes with performance advantages, specifically the reduction of spectrum hotspots. EcoTech Marine takes advantage of this technique with the optional Radion Diffuser. We have a great video that shows you how to install it and how well it works.

Should I Change the Spectrum Throughout the Day?

No one really knows definitively whether the effects are beneficial but we do know that changing the spectrum is certainly not required for success. If you want to change the spectrum for visual appeal throughout the day, consider doing it similarly to the way Kessil's logic suggests. Reduce the whites during ramp up and ramp down and leave all the blues the same.

World Wide Corals changes their spectrum throughout the day from white to blue with very minimal ramp times. The mindset is to turbocharge the photosynthesis in the morning and then let it slow down throughout the day. We go into detail about the process in our SPS reef tank lighting made simple and stable. - The BRS/WWC System Ep11 - BRStv - watch the video to learn more.