How to Cycle a Saltwater Tank: Tips To Help You Succeed with Your New Aquarium

Setting up a new saltwater aquarium is an exciting project. If you’re like us, we can’t wait to start building up the reef by adding fish, corals, and other invertebrates, but a newly set-up aquarium is not biologically mature enough to handle a full load of reef livestock. New tanks need time to build a stable biological foundation.  Aquarists refer to this maturation time as a “cycle.”

When cycling a new tank, bacteria is growing which is the  These bacteria will process organic waste in your aquarium making it safe for fish and other tank inhabitants. Without this bacterial foundation, your aquarium will not survive.

An established reef aquarium contains millions of microbes (bacteria) that work 24-7. These microscopic bacteria work to eliminate waste products like ammonia and nitrite, break down organic matter and recycle nutrients. 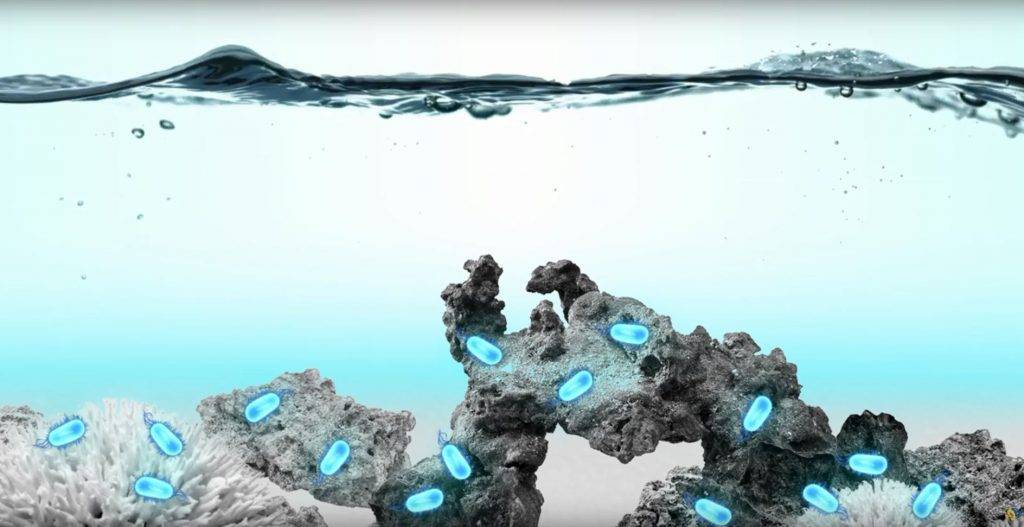 These microbe-driven processes are often referred to as the “biological filtration” inside your tank and can be comprised of a wide variety of bacteria species based on the conditions in your tank. 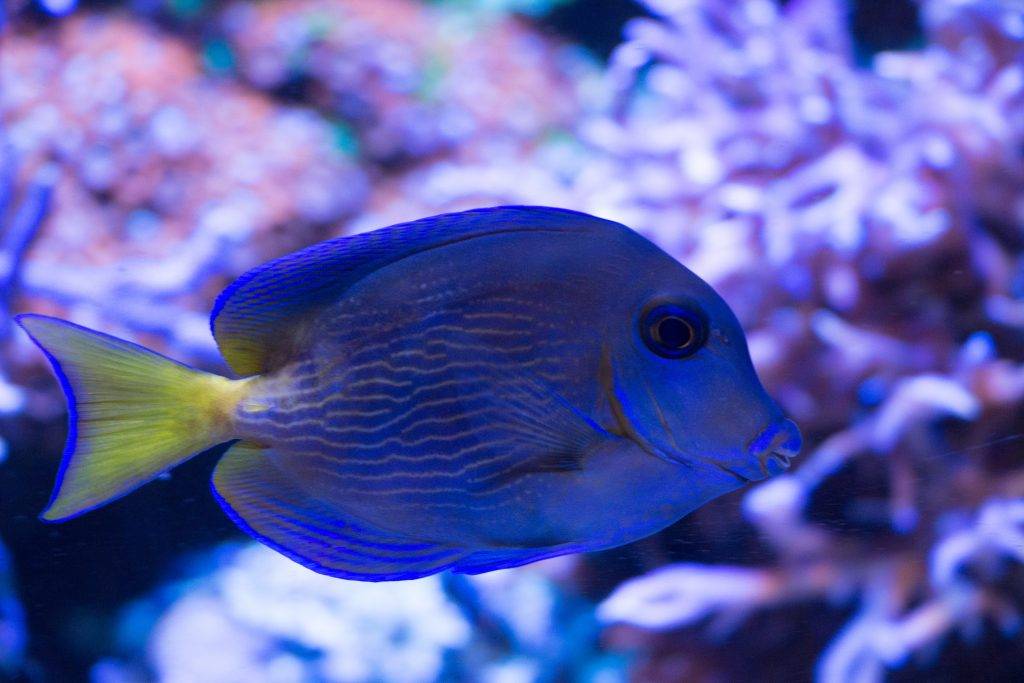 Fish excrete toxic ammonia directly from their gills but Ammonia also comes from organic matter breaking down inside the aquarium. When solid fish & invert waste or uneaten food decomposes, it will release toxic ammonia into the water. Thanks to the nitrogen cycle and the bacteria that drive it, this toxic Ammonia does not build up in the aquarium.

The nitrogen cycle is a two-step process involving two types of nitrifying bacteria.

New aquariums simply need to go through a period of maturation during the development of this nitrifying bacteria so the nitrogen cycle can occur in the aquarium. 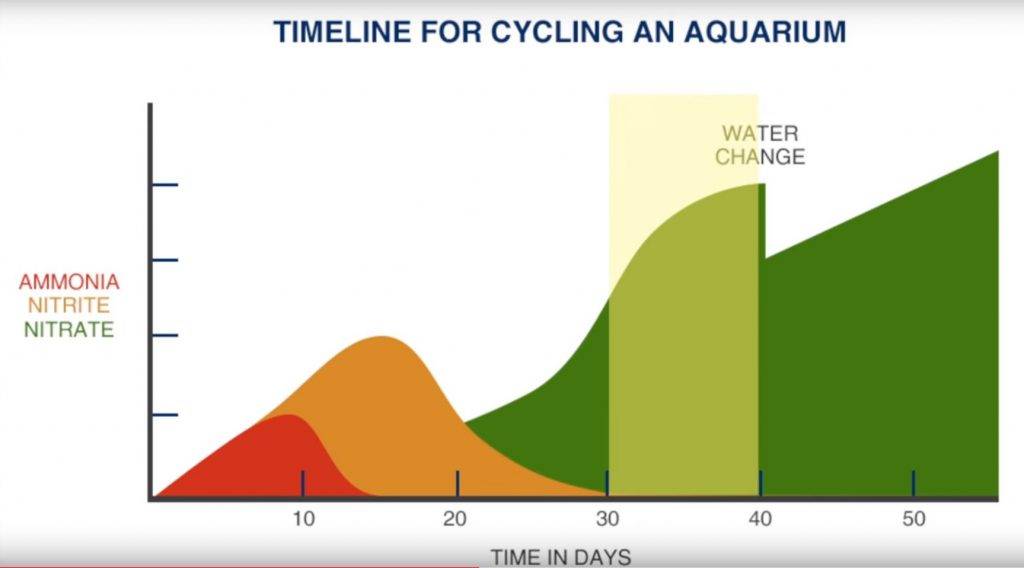 First, you need some test kits to track the cycle process which involves testing the water for Ammonia, Nitrite, and Nitrate.

Once nitrates are present, beneficial bacteria exist in your tank. This means the initial cycle has successfully completed but will continue to mature as fish and additional nutrients are added to your aquarium. The more fish you add, the more nutrients end up in the tank, the more bacteria are required to process that waste.  It's best to sort of think of the nitrogen cycle as an ever-evolving process, in which you simply start that process during the "cycle".

Step #1 - Seed The Tank With Bacteria 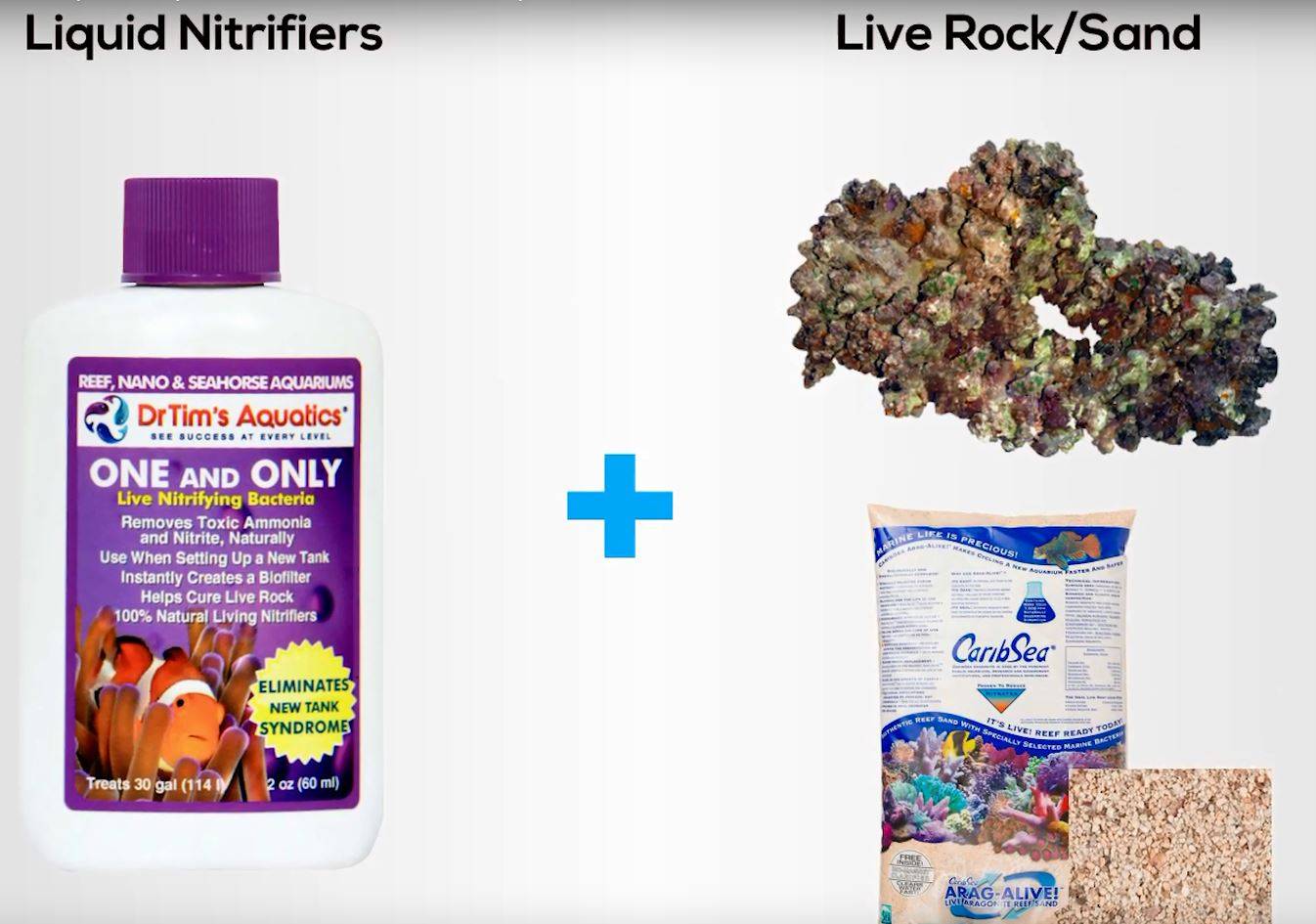 There are a few different ways to introduce beneficial bacteria into your aquarium.

Perhaps the safest and most popular methods in modern aquaria. These additives have developed rapidly in the last 10-20 years and are highly effective. Not all liquid bacteria products are made equal though.

Some formulations contain microbes and enzymes that will take time to grow and become abundant in an aquarium, such as Brightwell Aquatics MicroBacter7. Others take a more direct approach and contain a single species of LIVE bacteria. Dr. Tim's One and Only or Fritz Aquatics TurboStart are great examples because these contain live nitrifying bacteria that will immediately go to work in your tank. These products will work instantly to detoxify reasonable levels of ammonia which means it can drastically shorten the length of time it takes to make the aquarium safe for the addition of fish so long as the ammonia and nitrite levels are monitored.

Here at BRS, we do not stock any true LIVE ROCK, we only sell dry rock. Live rock is the kind of rock that has either been established in an existing aquarium or rock that is collected from the ocean.

The downside here is you run the risk of introducing pests. On the flipside, cycling an aquarium with seasoned live rock is classically one of the best ways to establish a very diverse set of bacteria into your aquarium. Its common thought that seasoned live rock gives you the most stable cycle for this very reason, the bacteria is simply more diverse.

This is sand that is sold in bags containing live bacteria. Caribsea sells both natural live sand collected from the ocean as well as a more "synthetic" live sand in which they simply at bacteria to the water and ship the sand wet.

If using live rock or sand, you only need a little bit to seed the aquarium with bacteria.  It is perfectly suitable to fill your tank with DRY rock and sand then add a small piece of LIVE rock or a small scoop of sand to introduce the bacteria. As long as you provide an ammonia source, this bacteria will soon grow and populate onto all of the surfaces in your tank, including the dry rock and sand. Ideally maintaining whatever diversity from the original source.

One thing to note is that it’s not unusual for aquarists to use both liquid nitrifiers (bacteria) as well as live rock and sand. This idea is to do everything you can to start a diverse and healthy population of bacteria in the aquarium as quickly as possible.

While this "bacteria soup" approach is pretty common, we just do not have clear evidence as to how much better it might work over simply relying on a single source of bacteria for seeding the tank. In other words, not much concrete scientific evidence is out there, simply the anecdotal evidence from aquarists.

We are moving in the right direction in the area of microbiome testing for aquariums. A fairly new company Aquabiomics.com is offering microbiome analysis and DNA tests to establish a groundwork for the diversity in aquariums.  In due time, we will be able to look at that data and see exactly what makes an aquarium tick in the way of bacteria and diversity. 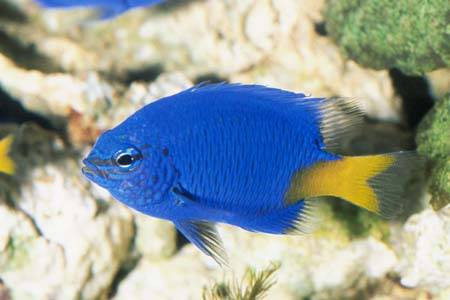 The bacteria you just added need this ammonia to grow and establish in the tank. Think of it like bacteria food. Just like adding bacteria, there is also more than one right way to add some ammonia but it can generally be broken down into two categories, a fishless cycle or using a live fish.

Fishless Cycle - this is the process of adding some passive source of ammonia to the tank.

Live Fish Cycle - this is the process of immediately adding a single live fish to the tank.

When adding a live fish to cycle the tank, live nitrifying bacteria and ammonia detoxifying additives are used to help detoxify the harmful ammonia that fish excretes. The first 7-10 days are critical and can be very stressful if not fatal to the fish. This method is not often the preferred route simply because it may pose a risk to the fish if ammonia levels are not controlled. 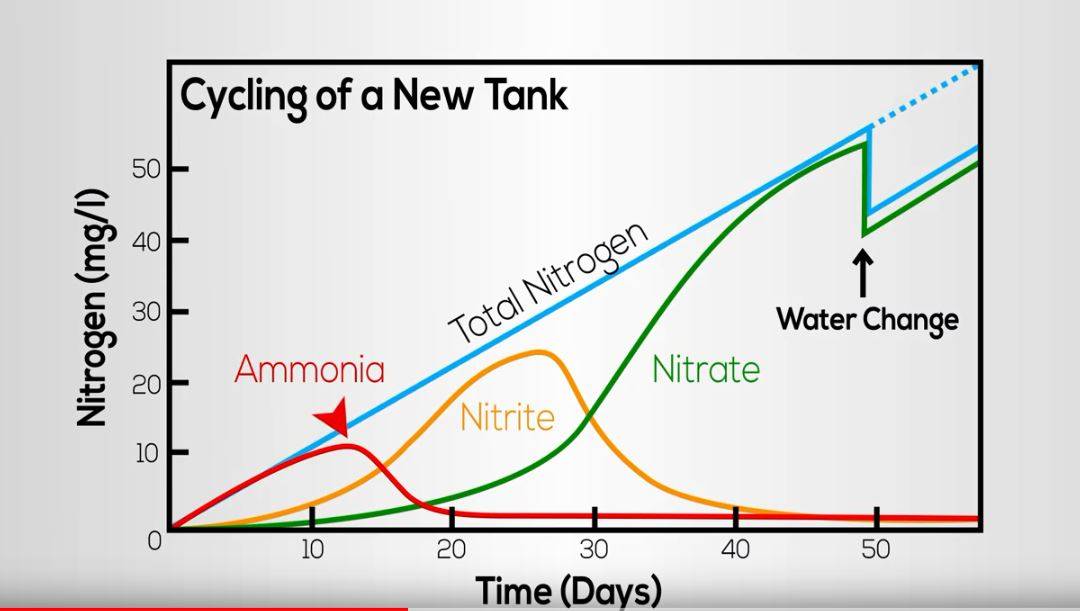 Step #3 - Wait It Out And Stock Slowly

Every aquarium is different, in most cases you want to give the tank at least 4 weeks before adding your first fish. If you decided to use a live fish to cycle the tank, you can usually get a healthy level of bacteria within 2 weeks. Using Dr. Tim's Fishless Cycle method, you can sometimes see a cycle within just 7-10 days. That is all just estimation and can change from tank to tank. The only way to know for sure is to test your aquarium's ammonia, nitrite, and nitrate levels.

It is important to remember that when you add livestock, the biofilter has to adjust and grow to meet the higher ammonia levels produced by the new marine life. Keep an eye on ammonia and nitrite levels every time you add more fish or invertebrates to the aquarium. Never add a large amount of fish at one time and stock slowly.

We typically recommend no more than 2-3 fish at a time, every other week only after you have gone through a successful cycle to ensure you do not overload the aquarium with nutrients. This method gives it plenty of time for the bacteria to establish and keep up with the additional waste in the aquarium.

**Pro-Tip: Do not turn on your aquarium lights during the cycle and while adding your first few fish. This will only support the growth of nuisance algae and other photosynthetic pests in the aquarium.  If you wait until your tank is more stable and biologically diverse, you will have a better chance of not getting a nasty outbreak. 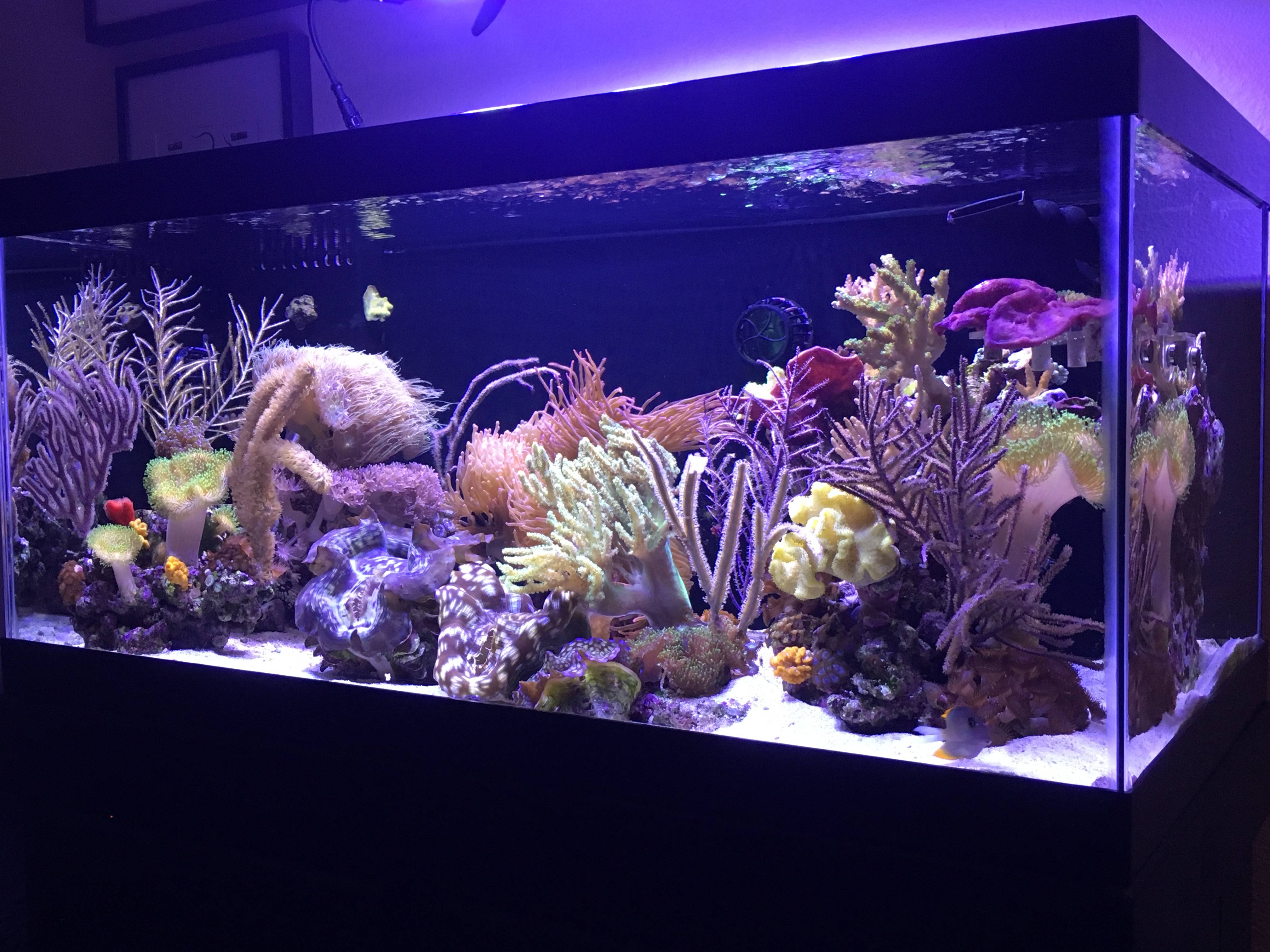 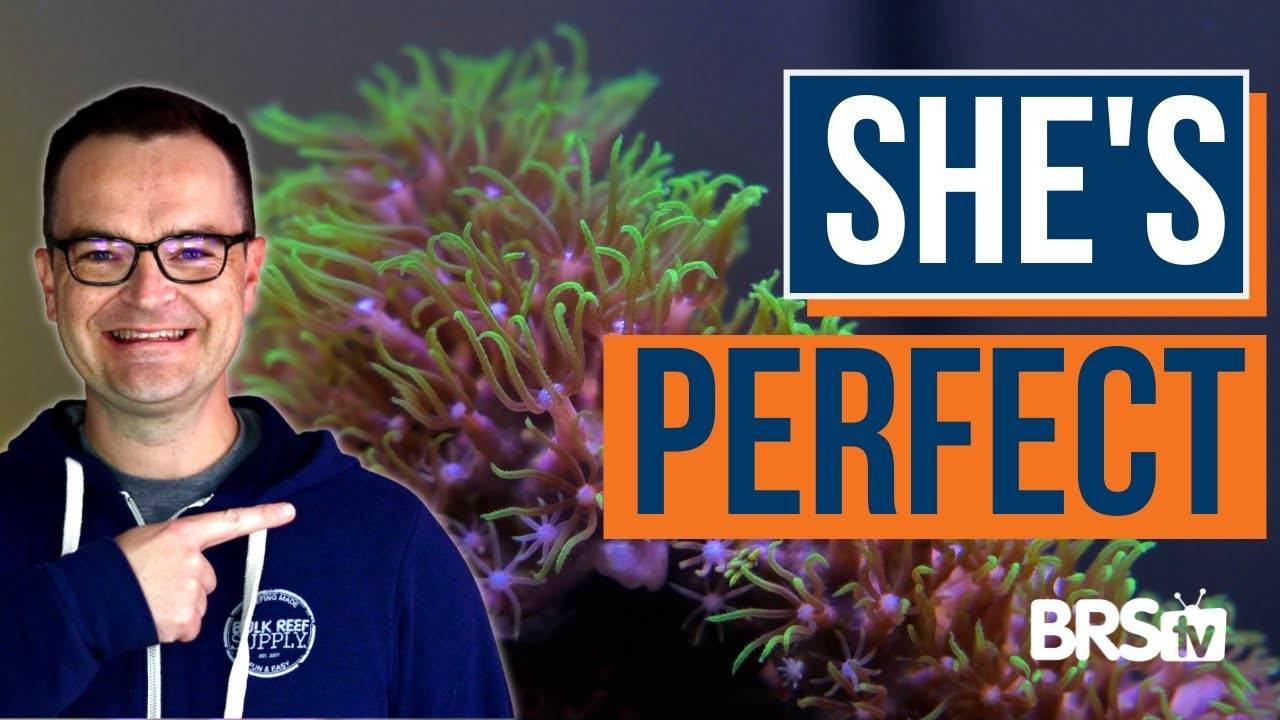 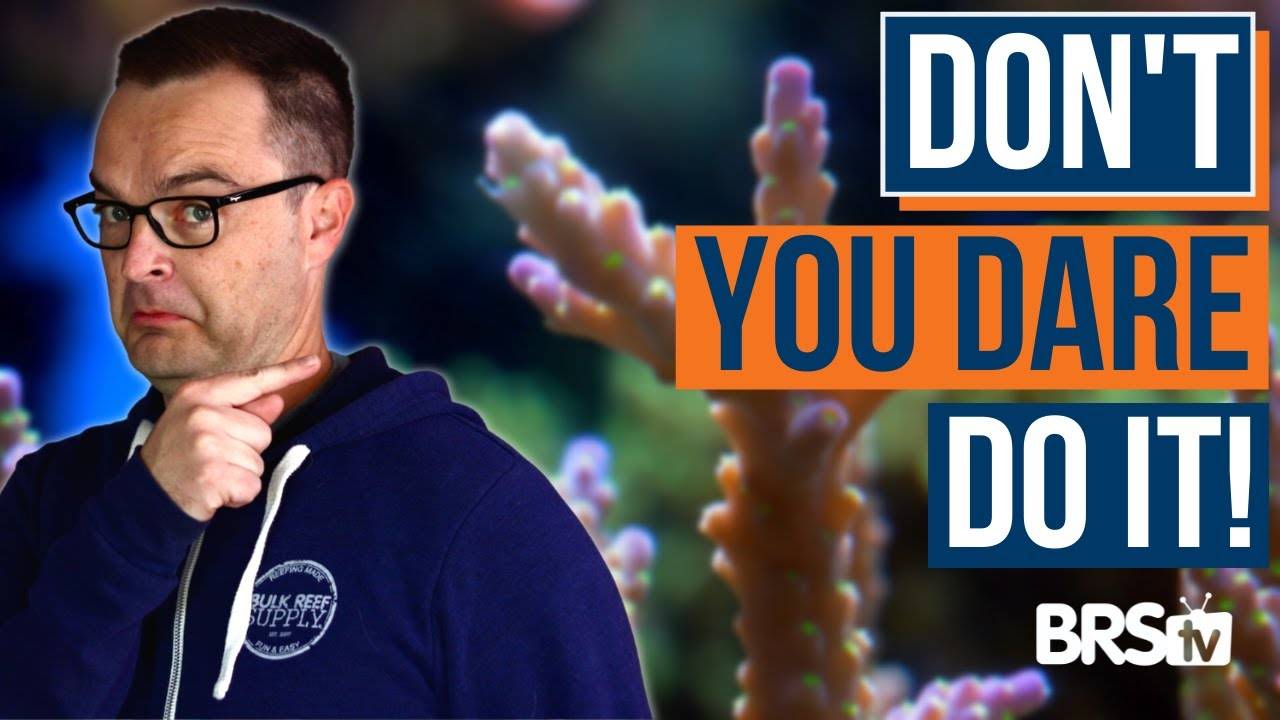 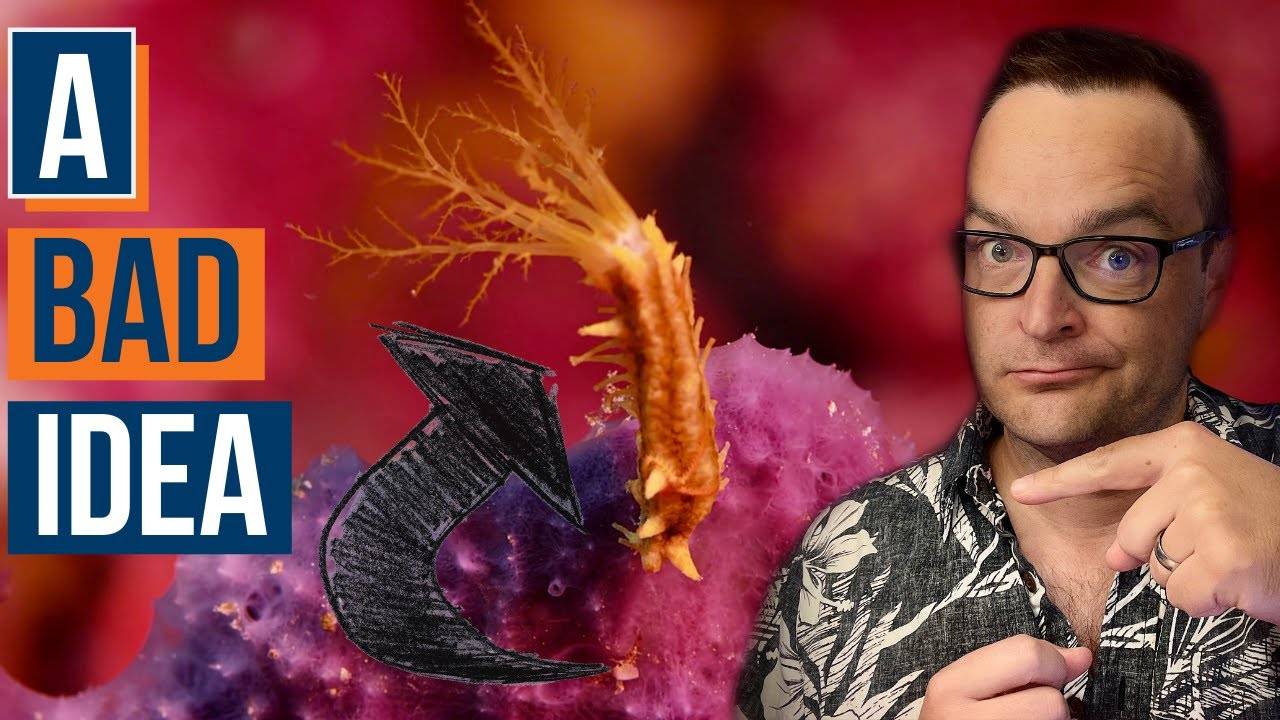 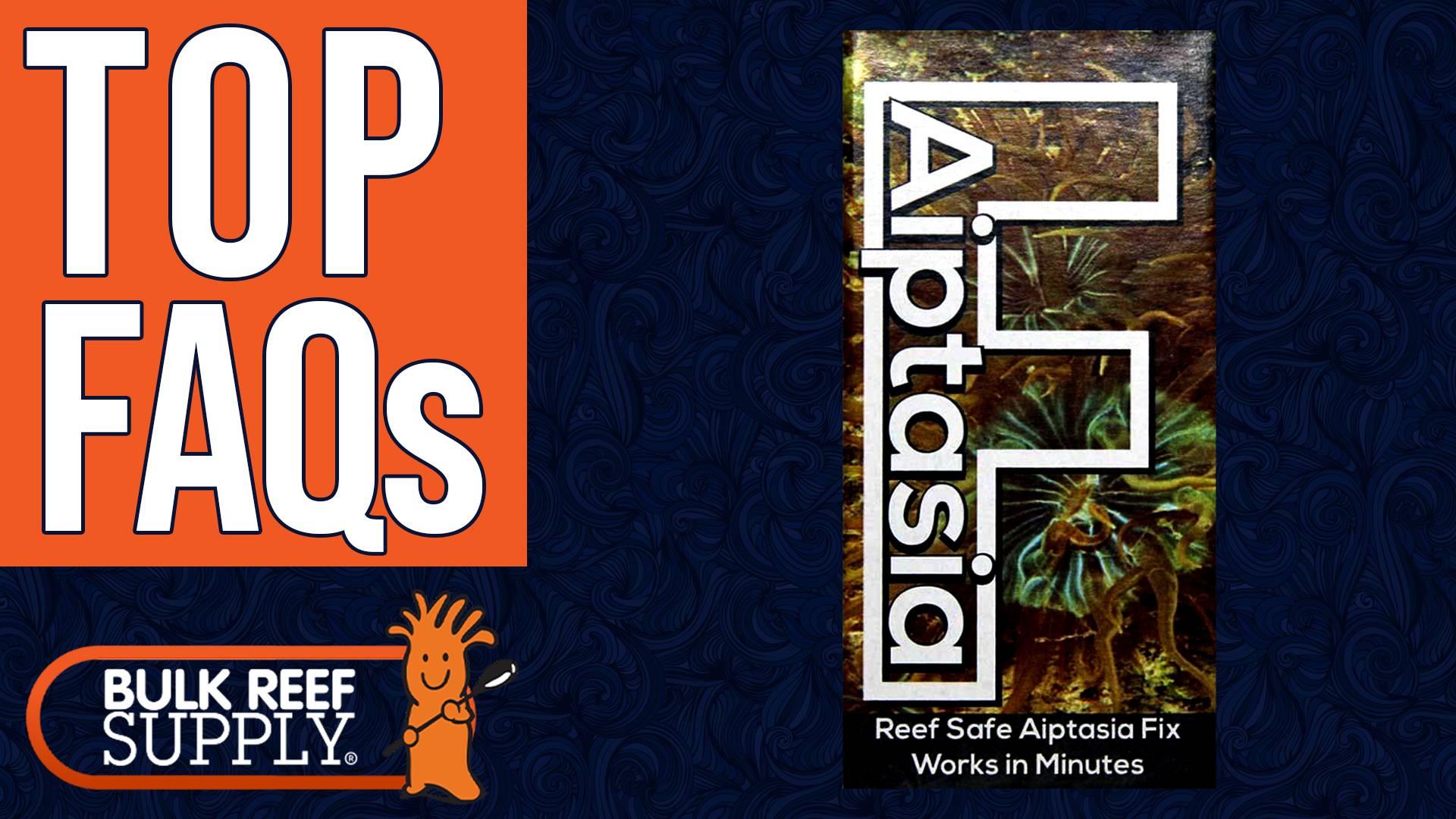 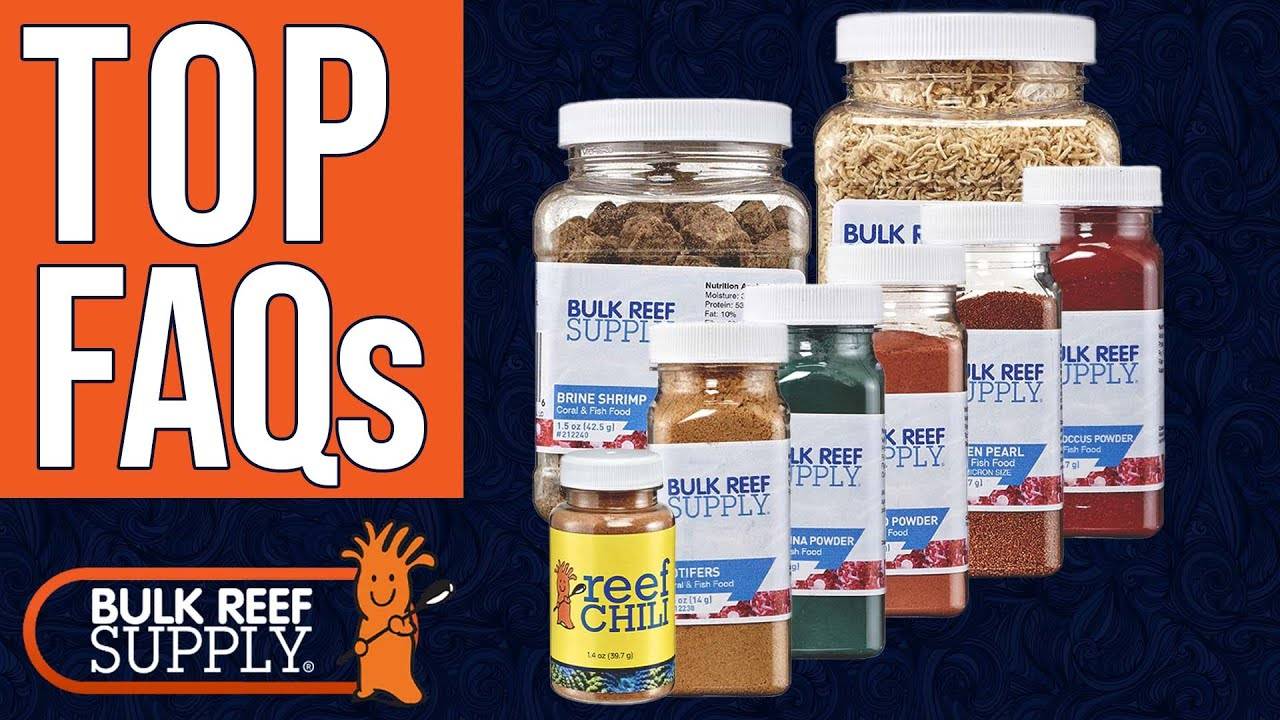 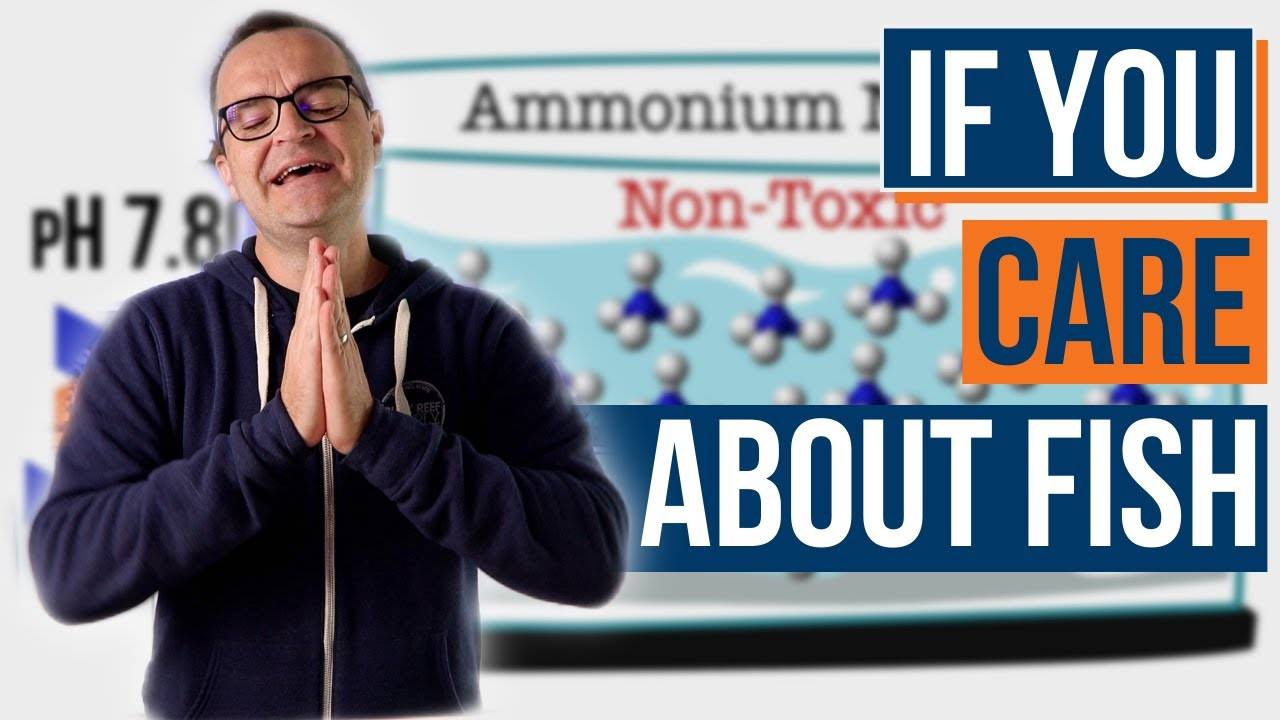