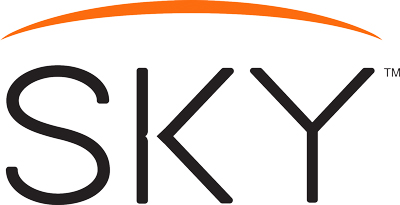 Being that Neptune Systems never develops anything without a considerable level of mystery, this is really not surprising but the suspense at this point is almost crippling!  We are some serious Neptune Control Freaks here at BRS and even we have been kept in the dark. In the next few months, we are hoping to finally see some tangible evidence of its existence. Maybe even some real reviews from the lucky few Neptune Insiders that get a chance to test it out.

What we do know is that in order for Neptune to live up to their own standard of excellence, there are certainly some features and capabilities that MUST be realized in order for the SKY LED to succeed in a somewhat crowded category of aquarium gear.  How is Neptune Systems going to further innovate one of the most critical pieces of gear we use on our tank?

Based on Neptune Systems' history alone, we can be certain their inaugural LED will be capable of flawless integration into their Apex Fusion control interface. But in order to use Apex Fusion, you have to have an Apex Controller, right? Does limiting the use of terminal equipment like lights and return pumps to only those who have an Apex Controller really make sense?

No, it doesn't and that is exactly why we have seen products like the COR pumps and ATK  - Auto Top Off Kit which introduced us to something new from Neptune Systems, stand-alone products that work with or without an Apex Aquarium Controller. 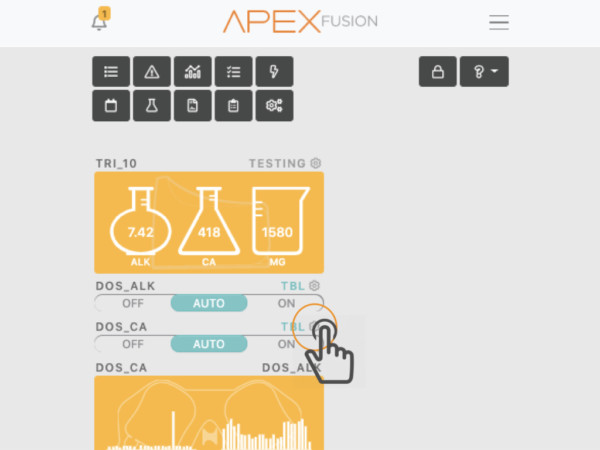 Will Neptune continue with this trend of producing both stand-alone and Apex Fusion compatible products with the SKY LED?

Yes, we think they will. Not only has this all-inclusive trend been well-received in recent years, but there is also the simple fact that ALL reef tank owners need a high-output light system to grow corals.
Will SKY LEDLights carry the technology (WiFi or Bluetooth) to give those without an Apex access to some level of control using the Apex Fusion app?  How will it be controlled in such a way that allows the light to compete with the best aquarium lights ever made?  Will it be wired or wireless?  A simple and reliable Aquabus connection makes a lot of sense here, hopefully giving it backward compatibility with previous versions of the Apex too.

Either way, we fully expect the SKY LED to be controlled through Apex Fusion. With that will come necessary customizable daily schedules and ramping along with full-color spectrum control, the ability to save your light settings, and share with others alongside some proven presets to make it easy. But....this is all being done now by other manufacturers so how will Neptune put their twist on it?

At this point, we have not officially heard if the Neptune SKY LED Light will be controllable without an Apex or if one will be required for use. We do not know how many cords it will require or whether or not it has Bluetooth. Shoot, we don't even know what kind of price point to expect but if what has come before from Neptune Systems is any example, it is the intuitive control that will really impress us.

With over 30 years of lighting reef tanks under our belts, Neptune has the benefit of putting everything we have learned about lighting corals into this light fixture. Talking specifically about LED lighting, we have over 10 years worth of experience from a wide variety of very reputable manufacturers and more readily available (thanks to good ol' internet) data and feedback from hobbyists. Not to mention BRStv Investigates and the countless hours testing and researching to find out what our corals really need from a light.

Terence Fugazzi - VP of Sales and Marketing at Neptune Systems Inc. talked briefly about the SKY project on a recent live stream with Deven Rich of ReefDudes. While the light was not revealed and the discussion included next to no details about the light itself, Terence made two comments that really gave us some insight into what Neptune values most in a light fixture.

Terence made two comments that really gave us some insight into what Neptune values most in a light fixture.

At minute mark 41:25, they talk about the challenges people face with LED lighting today. Not being able to set lights up easily is a big one. Here at BRS, we get questions every single day about how to tune LED lights over reef tanks. Granted we have established ourselves as one of the leading authorities on the subject, hobbyists really do struggle with this.

Terence made it clear this easy configuration was a big focus for Neptune when building the SKY. While it is hard to imagine a truly plug-n-play LED light, I think we can at least count on a very friendly user interface. Much like we saw with their Trident Water Analyzer. The \"Apex Fusion Tasks\" allows you to quickly navigate through the setup but the geeky purists still have access to complete customization and control. 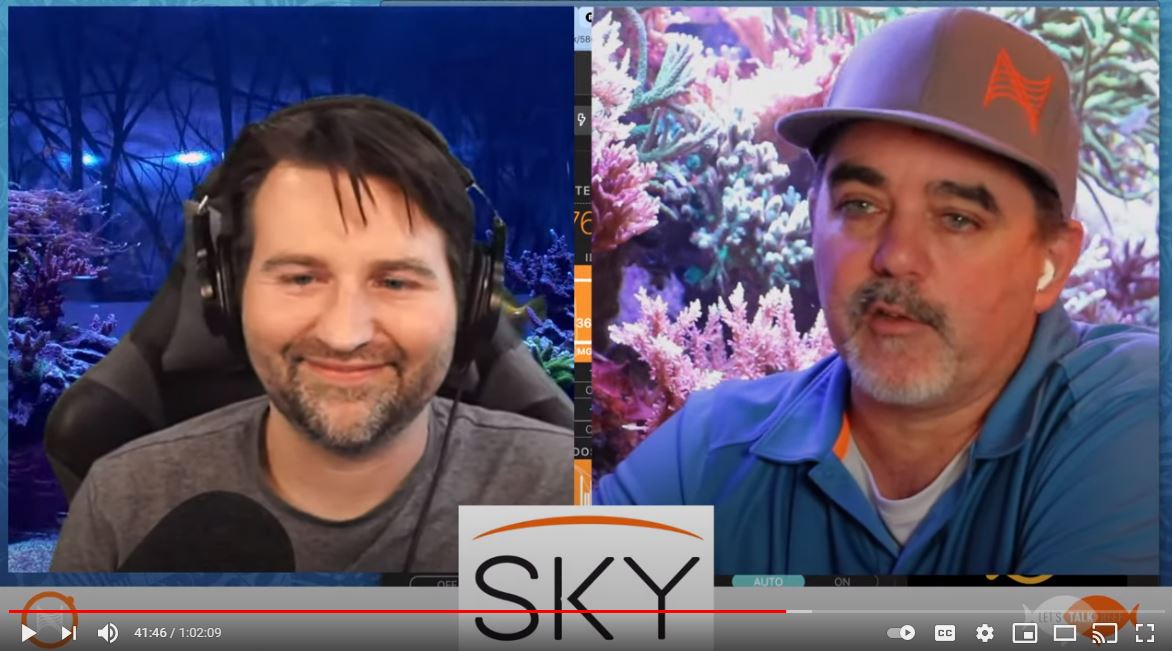 In fact, this parallels the entire Neptune Systems timeline from Aquacontroller to Apex, it is that constant evolution of the user interface, always making it better, that secures Neptune Systems the top spot.

The two reef tank gurus also discussed the type of light that creates success in reef tanks. Real success, long-term success, growing big juicy corals that are thriving from the inside out. Success like Terence is having inside his 425 gallon home tank pictured here. His words, not ours. Regardless, we can all agree you cannot achieve this kind of success without the right type of light.

While Terence would not admit to using the SKY LED lights at the time of this photo, that is not the point. The focus was around the even spread of light you need to hit your corals from all angles. Terence served up a great example when he mentioned how natural sunlight is diffused by our atmosphere and blankets corals in a very even intensity, coming from all angles overhead.

Panel style LED lights, like the Orphek, Reef Breeders, and recent Philips CoralCare G2 perform really well in recreating this natural even spread of light versus the single point source style LED pendants. Just take a look at the 5th generation Radion LED light released earlier this year. EcoTech Marine completely redesigned their flagship Radion and now uses a broad panel of high-output LED diodes which proved to be one of the best-performing LED lights we have tested to date. We fully expect the Neptune Systems SKY will be representative of these panel-style LED lights or at least some version thereof to join these ranks. 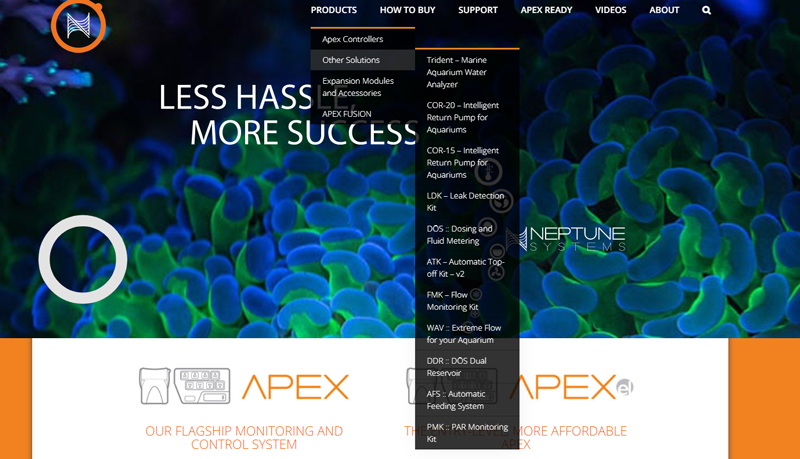 Last Piece To The Puzzle

As it stands today, a modern reef tank will be supported by equipment from well over a handful of different brand products. Planning and researching your build requires you to acquire all of the various gear a-la-carte. From pumps to fish food, we have a lot of options. It seems, however, hobbyists are craving a more cohesive experience and some of the leading minds in our industry are catching on.

Neptune Systems, specifically, has been branching out for some time into other equipment areas while still remaining focused and dedicated to what they do best, CONTROL. They are approaching an all-encompassing line of \"Smart\" aquarium gear that can do some amazing things, things most hobbyists couldn't even dream of.  The Neptune Systems SKY LED is one of the last pieces to that puzzle.

The beauty here is Neptune does it old school, the right way. Building and designing every single product from the ground up to the very best of their ability to meet the demands of a modern hobbyist. That is something is to be admired in a day and age where rebranding and outsourcing are all too common. This alone is enough to get us amped up so be sure that you stay tuned as, rest assured when the news drops we will be one of the first to share our experience.

At this point, we do not have any accurate ETA on when the Neptune Systems SKY LED Light will be available for purchase, but we have heard that Neptune has started production runs and some of the first available test units are already on the way. We are really hoping to see them sometime in Q2 of 2021 or possibly even earlier.  Sign up below to get notified when we know more!