Filter Media Reactors and Why Carbon is Essential for Beginners

Media Reactors are a little confusing in that it is not directly obvious how they are any different than dropping a mesh bag full of media into your filtration. Additionally, there is a wide variety of different "Reactors" available to hobbyists it can sometimes be hard to know the difference.

While this is understandable at face value, there really is a great benefit to using filter media reactors in your saltwater aquarium.  Not only does a reactor isolate the media for easy maintenance, but it also increases the contact time and effectiveness of the media and allows you to apply a wider range of media more effectively. 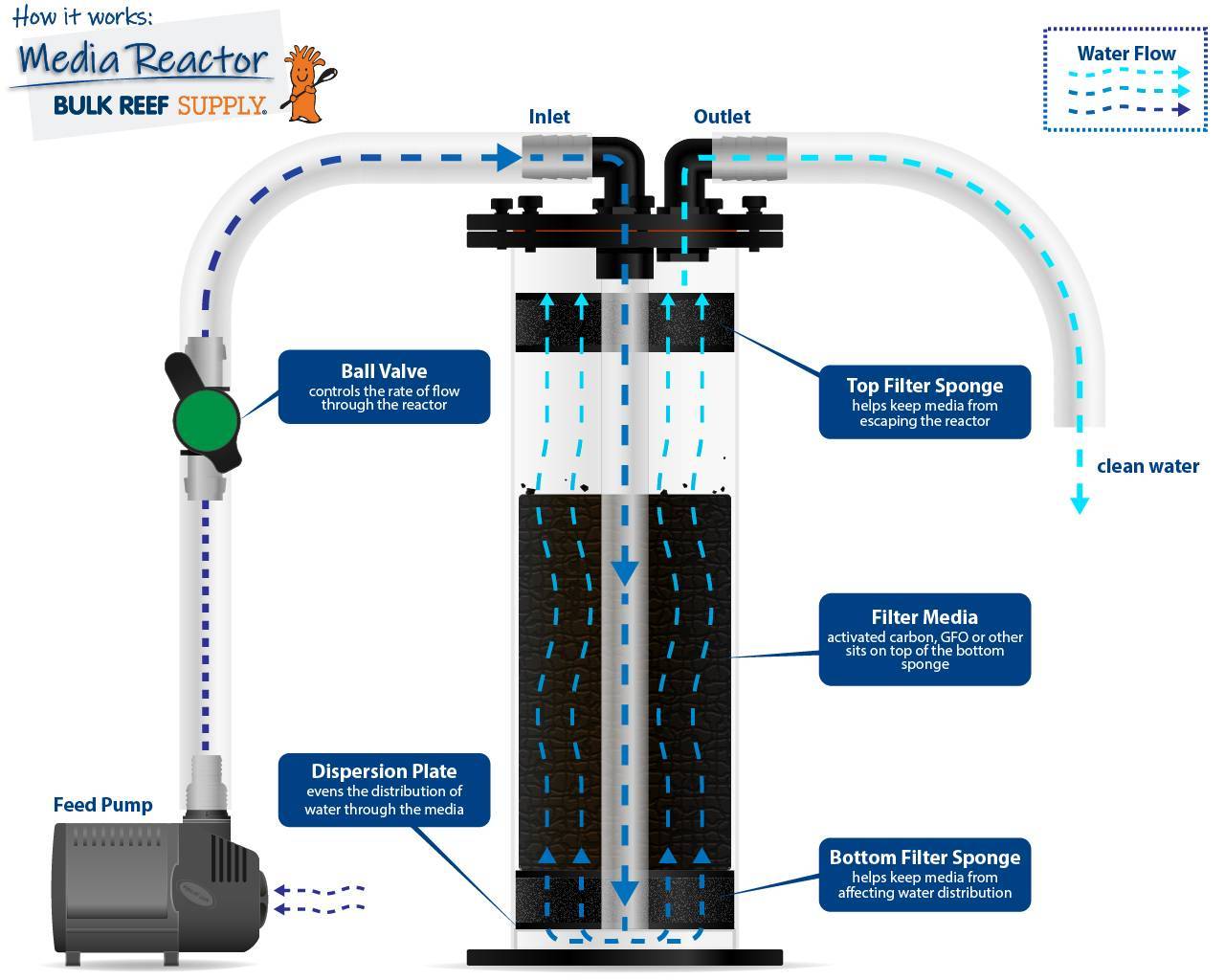 What is a Reactor

As it pertains to aquariums, a reactor is simply a canister that holds media of some kind. Whether that be carbon, GFO, biopellets, CO2 media, calcium reactor media... it's all media and it's all used in a reactor of some kind.

Water is pumped into the reactor where it comes in contact with the enclosed media, that interaction between the water and media causes a reaction which is how the term came to be. The type of media determines exactly what kind of reaction may be occurring.

In order to install a reactor, you need to supply of dedicated flow of water meaning you will need a water pump and some additional plumbing to get water in and out of your tank. Using a dedicated submersible pump attached to some flexible tubing is the most common installation. Some reactors have a pump built-in and can be submersed or you can also WYE off your return water line, creating a separate water feed into your reactor using your existing return pump.

Carbon and GFO media can often be used interchangeably inside a Carbon & GFO Reactor meaning either media will work. By maximizing the contact time with carbon or GFO media you can get quicker results and the entire volume of water in your aquarium is forced through the media making it more effective. Water cannot flow around the media as you might experience with a filter media bag.

As a new tank owner, Carbon is the media that should be used continuously. GFO is more of a specialty media designed to target a phosphate problem whereas carbon is a broad spectrum media that has a multitude of benefits.

The Benefits of Carbon

Carbon media works through the process of adsorption and will remove odors, coloring agents, and a variety of dissolved contaminants from the aquarium water. On a molecular level, carbon is incredibly porous, all those pores capture the various dissolved contaminants, removing them from the water.  Once the carbon pores are full, the media is removed and exchanged for a fresh batch of activated carbon.

When used regularly carbon will reduce foul odors, improve water clarity, and remove any harmful contaminants that may find their way into your tank. Carbon is disposable and once it has become exhausted, it cannot be regenerated or used again. In fact, carbon fills up pretty quickly in a saltwater aquarium and should be swapped out every 10 - 14 days when used regularly. It is also important to thoroughly rinse carbon before using it to get rid of the fine carbon dust that forms in the packaging.

How to Choose A Carbon Media Reactor

Which Carbon is Best?

Choosing activated carbon is pretty simple, the BRS ROX 0.8 Activated Carbon is the best quality aquarium carbon on the market and is our #1 pick.  It removes a wider variety of contaminants compared to lower quality carbons and has a low dust content because of the dense granules. It also has a much higher holding capacity compared to more affordable carbon options so you will use half as much media per batch. 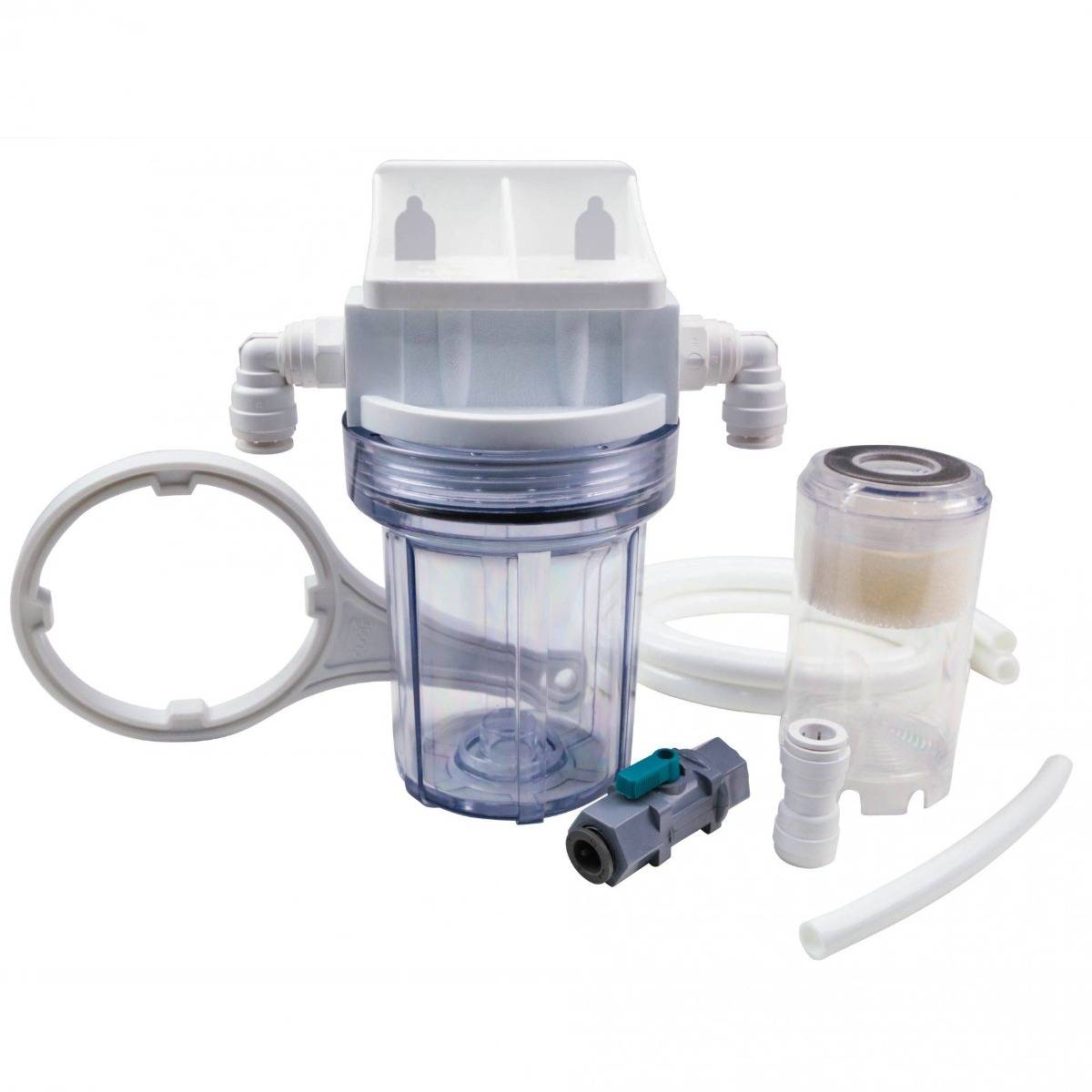 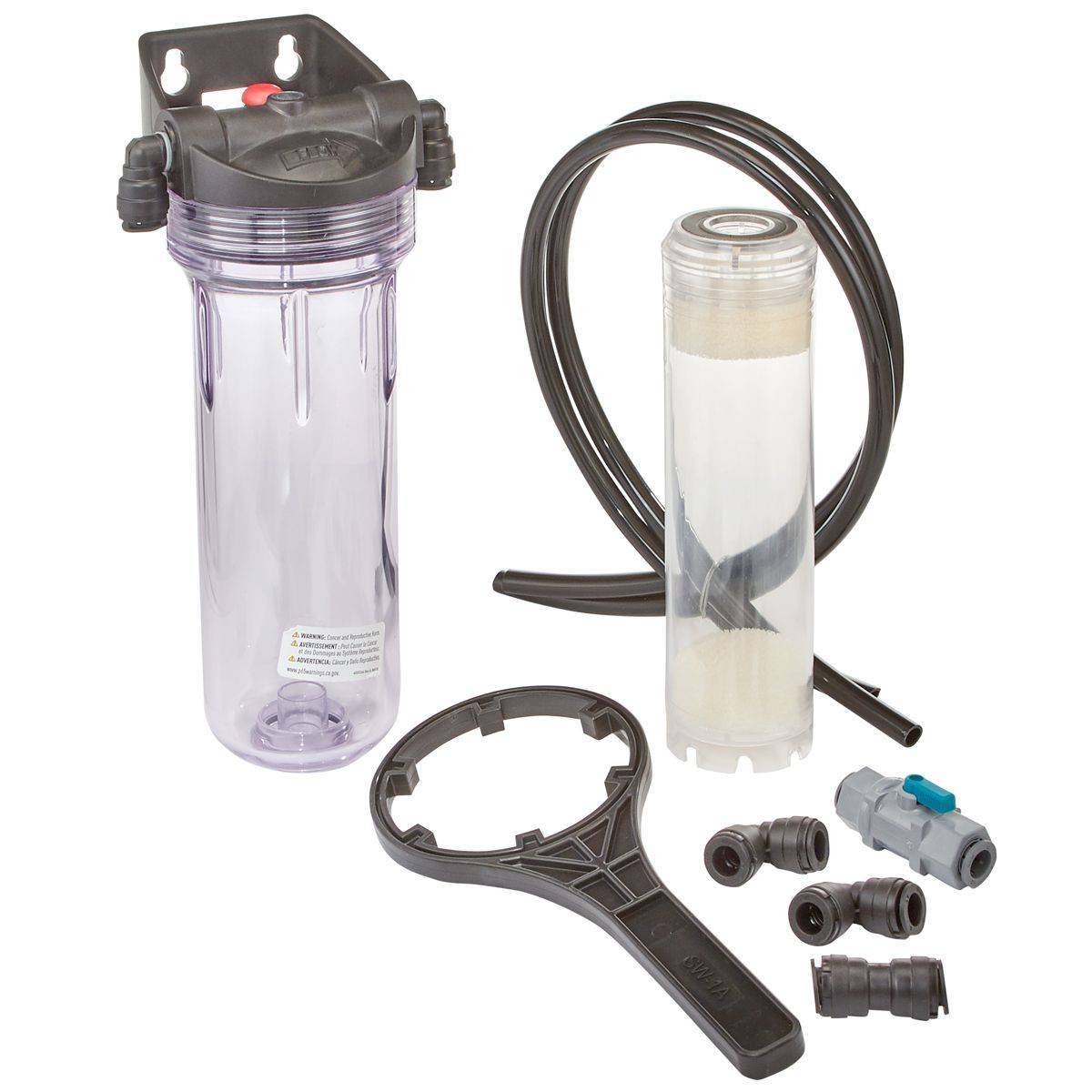 AquaMaxx Sigma Media Reactor
Easiest reactor to use and maintain with a built-in pump.

Recent Posts
How to Set Up Ozone for CLEAR Reef Tank Water!
Keep Reef Tank Nutrients in Check With an Algae Turf Scrubber
What Causes Cloudy Aquarium Water and How to Fix It
A Red Sea Max Nano Mixed Reef Tank - The Perfect Tank For Beginners
Do Saltwater Tanks NEED a Special Filter?
7 Steps That Make Saltwater Fish Additions EASY!