Refugiums: An overview and some FAQ's by Keith MacNeil 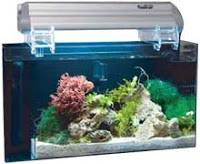 A refugium, as defined in the aquarium hobby, is as an area or refuge where micro-organisms can live and breed without the worry of predation from fish or other organisms. Macro-algaes are also kept in refugiums to aid in waste (nitrate and phosphate) removal from the aquarium’s water. Many people setup refugiums as part of the filtration system for their saltwater aquarium, especially with reef tanks, where nutrient control is a huge concern.

Besides the roll of a micro-organism farm to help feed corals, fish and other invertebrates in your tank and a nutrient control filter, refugiums also help to stabilize the pH of your tank. During the daytime, while the lights are on over your reef tank, the different algae will photosynthesize. The algae will take in CO2 and release 02 while producing sugars to feed themselves. But during the nighttime, they will respire, meaning they take in O2 and release CO2. The CO2 produces carbonic acid which will lower the pH. By running the refugiums light on a reverse daylight period (opposite of the main tank’s light) the algae in the refugium will help balance out the CO2 and O2 production and maintain a more stable pH level.

So what size refugium should you put on your tank?

But what if you don’t have the space available for something that size? Will a smaller refugium work? “Kind of” is the best answer I can respond with for that question. In my humble opinion, something is better than nothing, but you certainly can’t expect a smaller refugium to perform as well as a larger one.

What can be used for a refugium?

There are several companies who manufacturer pre-made refugiums, such as Precision Marine and CPR. Some are meant to hang on the back of your tank, while others are meant to sit beneath (or above, if possible) your main tank. For most hobbyists, these are fairly easy to setup and use with their tanks.

If you are a Do-It-Yourself (DIY) person, you can try making your own out of acrylic or modify a glass or acrylic tank for use as a refugium. They don’t have to be anything fancy, especially if it is just going to be hidden under the tank or in a different room.

What to use to light a refugium?

You will need to provide adequate lighting in the proper spectrum to keep macro-algae alive. You can use fluorescent lighting, such as normal output bulbs, power compact, T5 and VHO bulbs or plant grow spot light bulbs. If you really want to light things up, you can even use metal halide lighting. But remember: you don’t need to make the tank look pretty, so stay away from higher Kelvin-rated bulbs. Normally bulbs under 6700K work best to achieve good growth from your algae.

Does flow rate matter through a refugium?

This again is a topic that has a lot of differences in opinions. I personally have setup refugiums with high flow rates and ones with minimal flow rates and, in my opinion, they both work … provided you don’t have a movement so slow things become stagnant in the refugium or movement so fast it literally blows the algae or sand out of the water. Generally speaking, a nice, moderate flow through the refugium will work just fine.

What should you put into your refugium? 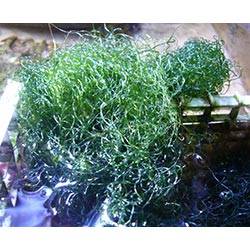 Macro-algae should be at the top of your list. There are many different types of algae available that will work well, but most people are leaning toward using Chaetomorpha (or spaghetti algae) over Caulerpa species. The reason for this is two-fold. First, Chaeto (as it is oft-times shortened to) is fairly hardy and grows fast. It grows into a fairly dense formation that is a perfect refuge for micro-organisms like copepods, amphipods and such. The second reason is Chaeto tends to be a “non-invasive” species and can easily be removed for pruning. Caulerpa attaches itself to anything porous and, once established, can be very difficult to remove from the refugium. Also, while I have never actually witnessed this, people claim Caulerpa can go “sexual.” Basically the Caulerpa releases all of its chlorophyll and causes your water to turn green.

Sand is another possible addition to your refugium. Some people like to have a deep sand bed (DSB) located outside of their main display tank. If your refugium is large enough, the use of a DSB within the refugium can also help with nitrate reduction in your water. If you have a small refugium, you can still add an inch or two of sand in there that will give sand dwelling organisms a place to live. There are many different types of worms and other very interesting organisms that will dig through the sand bed searching for food.

Liverock can also be placed in your refugium. The liverock will not only help seed the refugium with micro and macro organisms, it will also give them places to hide as well. A few smaller pieces of what many times is referred to as “liverock rubble” can help kick start a refugium. 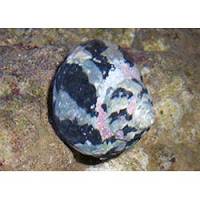 Snails, hermit crabs, sea cucumbers and other “non aggressive” invertebrates can also be introduced into a refugium. They can help feed off of some of the nuisance algae or diatoms that may grow as well as any uneaten food that may make its way in there. Hermit crabs are opportunistic scavengers, so you may want to be careful with them. I personally have found the scarlet hermit crabs to be one of the safer hermits out there.

Mangroves are another neat item that can be used in a refugium provided you allow space for its upward growth. Most of the mangrove will actually be out of the water with only its root system fully submerged. While they are not the best at taking up nutrients from the water, they are very neat to watch grow.

What shouldn’t go in your refugium?

Fish is at the top of that list. If you put a fish into your refugium it can, in a matter of days, wipe out the copepods and amphipods you are trying to grow. Do not put fish in there. Certain crabs, such as Arrow Crabs, are well-known for their ability to feed upon bristleworms, so many crabs should be excluded from being allowed in. Sand sifting starfish are another one to mention since these guys can decimate the life of a sand bed very quickly.

Are there alternatives to a refugium?

This depends on what function you are looking to get out of your refugium. If you are simply looking for a refuge for copepods, amphipods and other such organisms to help feed your main tank, unfortunately there really isn’t with the exception of purchasing the packaged bottle or bag of copepods some places offer. But that can get fairly expensive to keep adding bottles of them to your tank a few times per month (or more).

If you are looking for a natural way to help reduce nitrates and phosphates, you could try using something called an Algae Turf Scrubber (ATS). Basically an ATS uses a medium to grow algae on while water is sprayed, dumped or trickled over it above the water surface. The algae growing on the medium is then harvested a few times a month (or as often as necessary) to help with nutrient export, similar to the way you will need to harvest the algae out of the refugium to allow room for the algae to keep growing.

Can you make a display refugium, or does it have to be hidden?

You certainly can make your refugium on display for everyone to see, but if you are like me, you will want it to look as good as your main tank. This will create more work for you, but as long as you don’t mind that it can certainly add another topic of conversation when people are viewing your tank.

Overall there are really are no drawbacks to adding a refugium to your tank, whether it is a fish-only (FO) or a reef system, except for maybe the time and cost of setting one up (if you consider that a drawback). They can be very beneficial to the overall health of your tank by not only adding a food source for your fish and corals, but also by providing a very natural filtration to your tank. I have listed a few links with discussions along with a few recommended books if you want to find out more about refugiums and the benefits they can provide for your aquarium.

Wet vs. Dry Skimming; a Foam Preference - Which is Better?

Protein Skimmer Types, Installation, and How to Maintain Them

Mangroves in the Aquarium: A "How To" Care Guide