We put the E.S.V. B-Ionic Seawater Salt Mix to the test to see how it measures up against the competition using the data found in our previous BRStv Investigates salt mixing experiments. The salt mixes were analyzed for how long it takes to mix clear and how well it holds up during storage in terms of water chemistry. We also look for any impurities by observing the formation of any crust or residue that is common with lower grade salt mixes.

E.S.V. B-Ionic Seawater System takes a different approach to mixing saltwater at home using four separate components that are mixed together before use. It includes dry sodium chloride, dry magnesium sulfate, a bottle of liquid calcium and a bottle of liquid alkalinity. Trace elements are blended into the liquid components. The benefits of using x4 individual components, instead of a single dry formula, helps to ensure very consistent parameters with each batch of salt. There is no chance of the various components settling and creating a fluctuating concentration between batches and also eliminate any precipitation that often occurs during mixing.


Many users are really touting excellent results and seeing benefits they claim to be a direct result of this high-purity approach to salt mix.


After publishing the results from our six part salt mix testing video series, we had an overwhelming demand to circle back to our experiments and evaluate E.S.V. salt mix using the same platform. 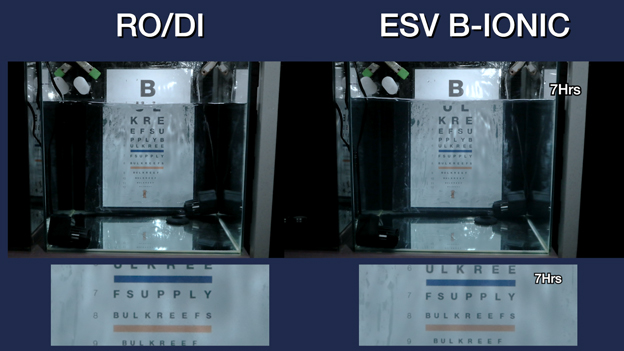 How long does it take to mix clear?

We mixed up 25 gallons of the E.S.V. B-Ionic Seawater System and monitored it for 24 hours. After 24 hours, we looked at the time lapse to see at which point it became fully mixed without any large chunks or particles and how long it took to reach an overall acceptable level of clarity.


4 hours after mixing, we could confidently say the saltwater was mixed to a point of being visually homogeneous. In terms of complete clarity, it took an additional 3 hours for the slight haze to clear. The blue and orange bands matched the RO/DI control tank at 7 hours of mixing.


It was no doubt that E.S.V B-ionic Seawater System was the best performer when compared to our previous 8 top selling salt mix brands. This is because they are using very high-quality ingredients but also take a completely different approach to mixing.


The four different parts are mixed into your RO/DI water at separate times and in a particular order to prevent precipitation and quickly create a homogeneous synthetic seawater that is safe for use in your reef aquarium.


Even though it does take a bit of extra effort to dissolve each component thoroughly before adding the next, it still mixes clear and homogeneous much quicker than most of the dry powder salt mixes we previously tested.


Among those dry powder salt mixes, Tropic Marin Pro Reef was the next best performer which mixed clear in about 8 hours. Interestingly enough, both ESV and Tropic Marin are using very high purity ingredients which we can now almost be certain results in a reduced mixing time.

How well does it hold up during storage?

To test stability of the saltwater through storage, we created three different scenarios and monitored the calcium and alkalinity levels at particular times throughout a 2 week storage process. This covers the three most common ways hobbyists are mixing and storing saltwater.


Storage Tank #1 - No heat, no circulation

As expected, the high quality E.S.V. salt mix proved to be very stable no matter how it was stored. Virtually no mentionable change in alkalinity or calcium levels from 24 hours after mixing all the way through 2 weeks of storage.

Does it create a brown film or leave precipitate in the mixing/storage container?

In order to test the ESV Seawater System for signs of precipitate we placed black and white poker chips in the bottom of all three storage tanks above. This helps us not only determine if ESV salt mix will leave a residue or contains impurities but . After two weeks of storage, we can look at these chips to easily identify any crud or residue on the bottom of the containers and again compare with a tank of clean RO/DI water. 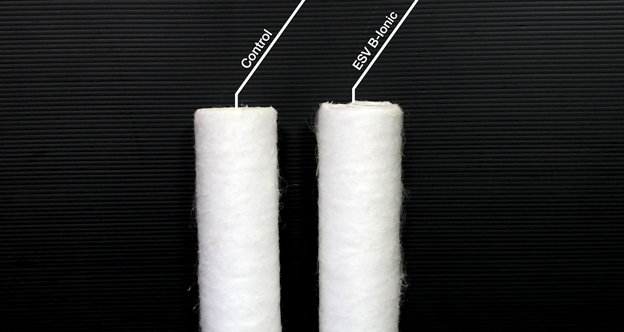 
No surprise again, E.S.V. performed excellent on all fronts with no visual signs of residue or crust in any of the storage containers and the same case for the sediment filter test. No brown tinge or color change to the sediment filter after running the water through it which means everything in the salt mix was dissolved and no impurities are leftover. 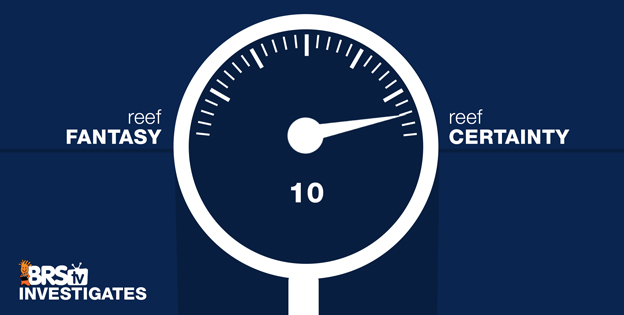 Will ESV B-Ionic Seawater System perform as good or better than the top salts we’ve tested?

This one is obvious, it gets a 10 out of 10 on the reef scale because E.S.V. B-Ionic Seawater System performed equal to or better than our top performers in the previous salt mix tests on all accounts.


The approach of using pharmaceutical grade elements and compounds with a specific approach to mixing the various elements at four different stages using both dry and liquid concentrates to avoid precipitation is highly effective to create high quality saltwater that quickly mixes clear and can be stored safely without any worry of precipitation or impurities getting into your tank.

As we step back and look at these salt mix experiments from a birds eye view, it is very evident that some salts are simply better than others. Tropic Marin Pro Reef and E.S.V both are clear winners and each of them using a different approach to providing completely homogeneous and high quality saltwater.

In both cases, these salt mix options are among the highest in cost which is one of the rare instances in this hobby in which higher cost actually results in visually higher quality and for those who choose to use these salts, the difference in cost works out to only be a few extra dollars per month. Check out our BRStv Investigates video about salt costs to find how much your spending on salt mix each month and if there is a better way!


On the topic of costs, in another recent BRStv Investigates we compared the cost of using the most popular two part solutions which really opened our eyes in terms of how best to choose your supplementation system. Contrary to popular thought, mixing complementary products from different manufacturers is safe and works out to be the best option.