2-part dosing your reef tank. What does it actually cost each month? - BRStv Investigates

There are plenty of calcium and alkalinity additives for reef tank dosing and we calculated how much they really cost to maintain a reef tank and discuss what kind of benefits you gain from the more expensive options. 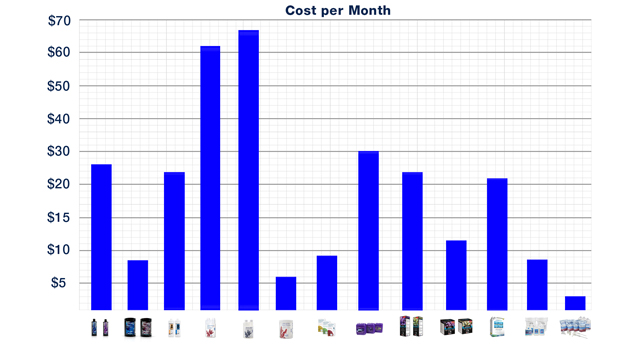 The annual cost of the various 1-4 part dosing additives we tested range from as low as $43 annually up to $807. That is a huge range and knowing what to expect and what you will get out of the chosen additives will help you make the best choice for your reef. 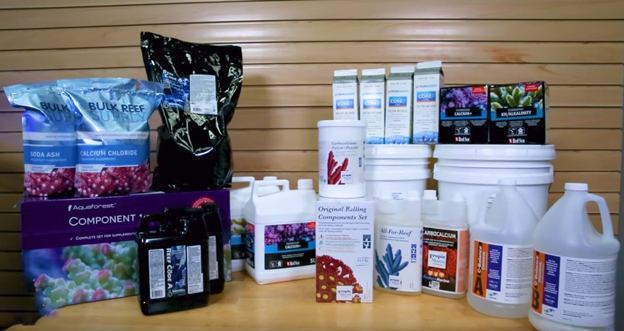 1 to 4 part dosing is the most common method of supplementing calcium and alkalinity in a reef tank. We chose the most popular brands and compared the costs when used to sustain a reef with typical consumption rates of 1dKH of alkalinity and 7ppm of Calcium per day, in a 100 gallon tank. For instances in which both a liquid and powder version is offered, we calculated the costs of both.

We chose the baseline of 1dKH and 7ppm because it’s a fairly common consumption range for a reef tank. A Reef2Reef user dbl created a pole that showed around 60% of participants reported a consumption of 0-1 dKH per day which substantiates that these numbers are fairly common.

These are also largest common sizes that reefers would typically buy to supplement a 100 gallon tank. Although there are other sizes available, these make up the vast majority of the purchases from our website. 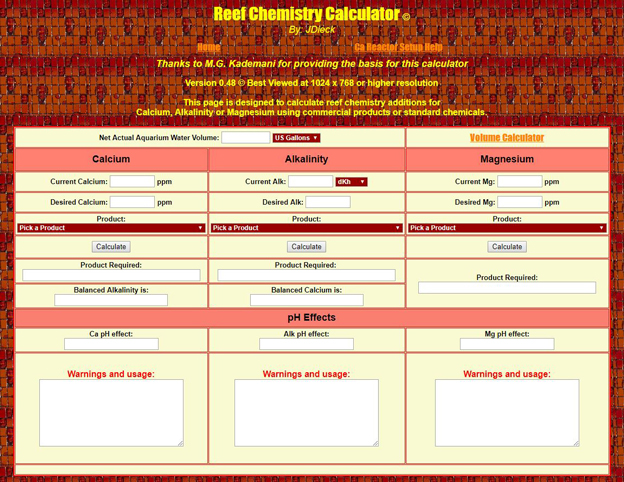 Most of the calculations are done with popular 2-part dosing calculators like JDieck’s and those found directly on the manufacturer websites. With the additive options that have a balanced dosing approach for 2 or more components, the calculation is based on 1 dKH of consumption.

For those additives that are not based on proportionate dosing, we combined the cost of maintaining 1dKH alkalinity and 7 PPM of calcium. 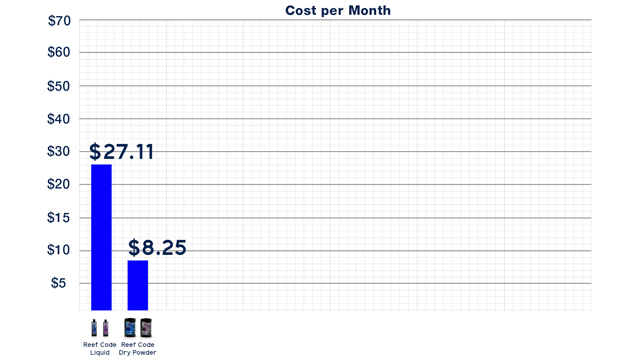 Brightwell Aquatics Reef Code A & B

The Reef Code A & B is available in both a premixed liquid and dry powder form so we measured both. Something unique to Brightwell Reef Code is that not only are calcium and alkalinity maintained but strontium and magnesium are also added into the mix.

As we’ll continue to see throughout the results, there is definitely a cost savings when mixing your own stock solutions from powder supplements versus buying them premixed in liquid form.

Don’t forget to consider the extra effort required to produce the RO/DI water necessary for mixing and time it takes to dissolve the supplements properly before use. This worth is solely up to the user as the supplements do perform exactly the same. 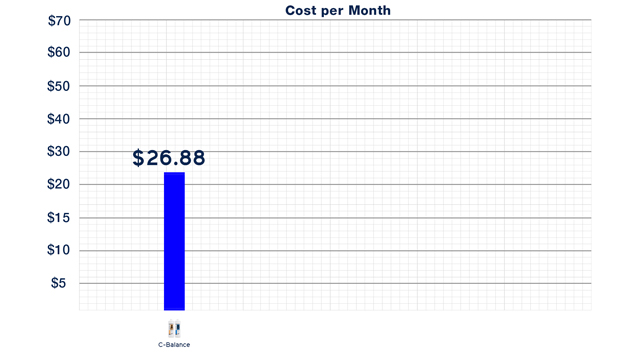 C-Balance is a straight forward balanced 2-part dosing system developed by none other than Julian Sprung, the owner of Two Little Fishies. Strontium is mixed into the component A and the product is shipped as a concentrate which requires topping off with RO/DI water before use. 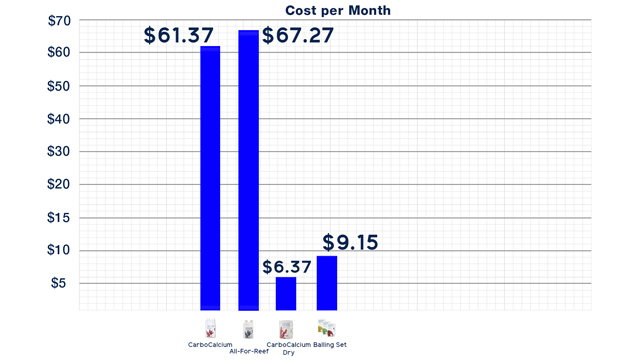 Tropic Marin offers four different solutions for calcium and alkalinity supplementation. All-For-Reef is a single liquid additive that maintains major elements as well as magnesium, trace and minor elements in a single formula. CarboCalcium is available in dry or premixed liquid form and is a basic calcium and alkalinity only additive. The Original Balling set is a three part system with calcium, alkalinity and trace elements designed to be diluted and then dosed individually. 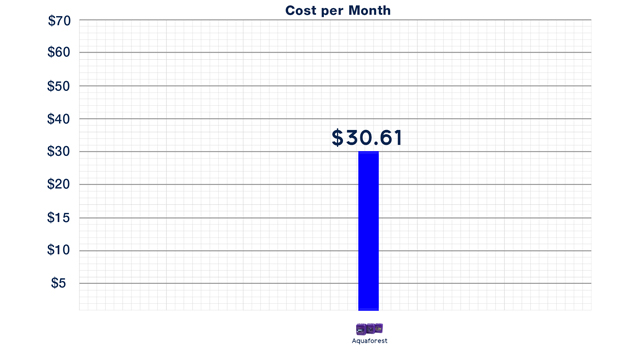 Aquaforest includes three different components with minor and trace elements mixed into each. They are balanced and ready to use right out of the bottle with no mixing or dissolving required. 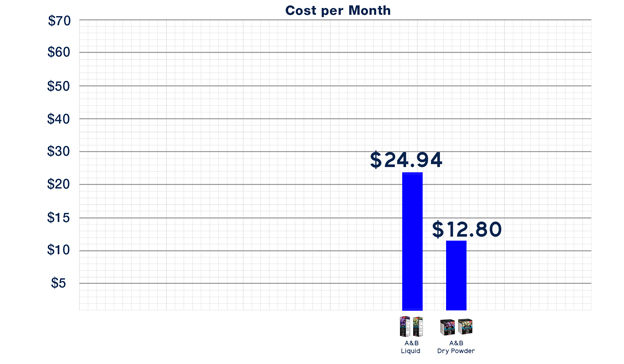 Red Sea Reef Foundation A & B

Red Sea additives are next which include the Red Sea Reef Foundation A & B in the 5000mL liquid bottles and the 1 Kilogram dry powder versions. Both of these additives provide Calcium and Alkalinity to the tank, however, there is also the addition of strontium to the Foundation A – calcium component.

Red Sea has designed a full method of supplementation based on your tank type called the Reef Care Recipes which also incorporate the Reef Foundation C - Magnesium component and the Red Sea Trace Colors and algae management additives. The use of Trace Colors alongside the Foundation Elements is fairly common so we calculated those separate costs as well.

This would make the use of Reef Foundation A & B with the Trace Colors together come to a total of $29.64 per month for the premixed liquids and only $17.50 for the dry powder. 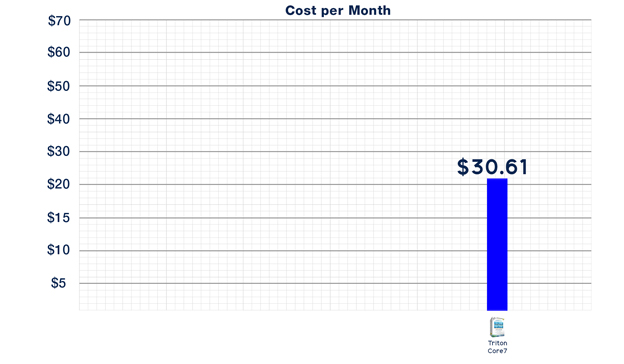 Triton’s Base Elements is the only 4-part dosing approach we’ll look at today and what I would consider to be one of the most comprehensive dosing methods overall. The Triton Method not only addresses Major/Minor/Trace elements in balanced dosing proportions, but is a holistic reef keeping method backed by lab-grade ICP testing and individual minor/trace element adjustments to maintain water parameters as close to natural seawater as possible. 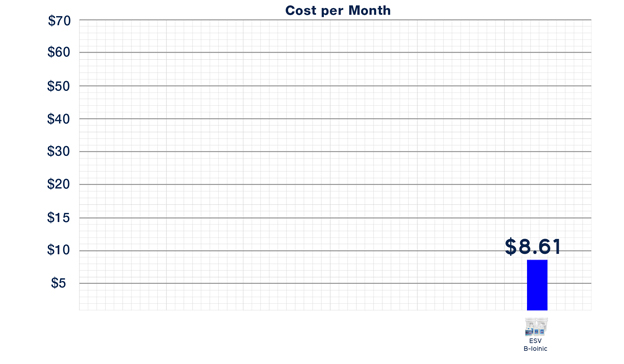 ESV is our second most popular 2-part additive. ESV includes trace elements and magnesium and is shipped concentrated and needs to be topped off with RODI water before use. 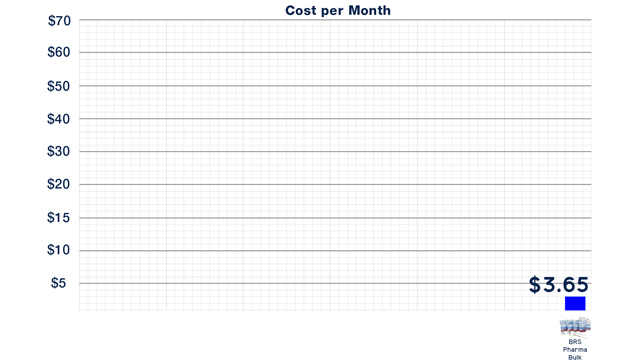 The BRS Pharma 2-part in the 7lb resealable bags is our most popular selling solution for calcium and alkalinity supplementation. 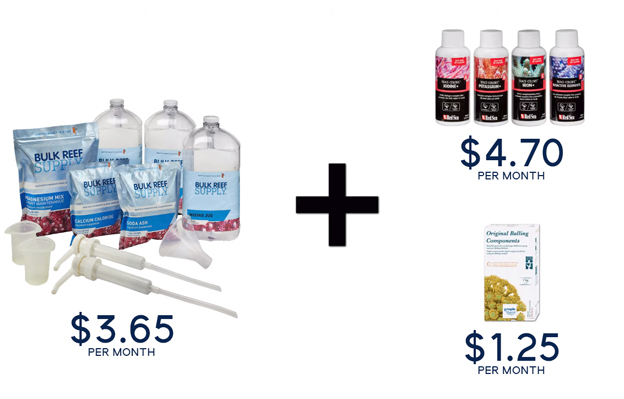 Often reefers look to supplement trace elements with the BRS Pharma 2-part, so with the costs of the Red Sea Trace Colors and Tropic Marin Balling Component C already calculated we still end up with significant savings for a complete supplementation system using only three components. 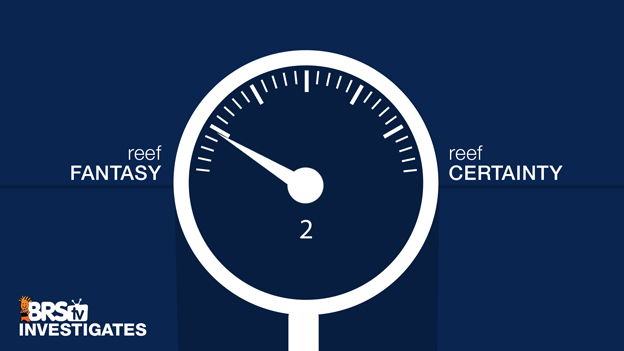 Do different 2-part additives cost the same to use on a monthly basis?

This gets a 2 on the Reef Fantasy scale since we can clearly see significant differences among the options.

Premixed liquid additives are much more expensive compared to those that are shipped dry or concentrated and designed for mixing with RO/DI water at home. 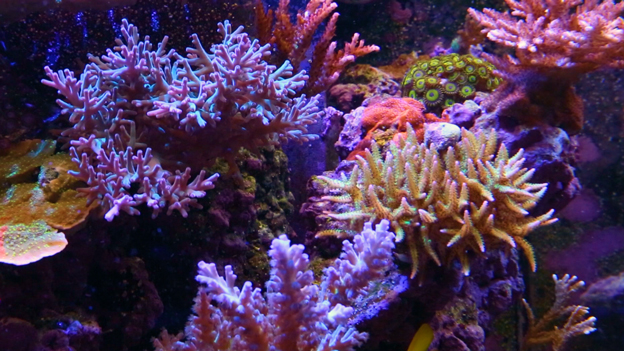 What this means for you?

Among the 7 options we tested that come pre-mixed and ready to use, the average monthly cost was about $38.85. The lowest cost being Red Sea Reef Foundation A & B and the highest cost award goes to Tropic Marin All-For-Reef.

The 6 different dry supplements we tested were calculated to be significantly less expensive with an average monthly cost of only $8.13; the lowest being BRS Pharma 2-Part at $3.65 per month and the highest being Red Sea Reef Foundation A & B at $12.80 per month. 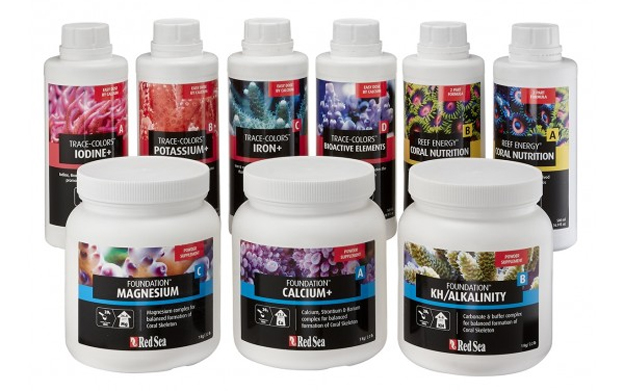 Using trace elements alongside a basic two part solution will have benefits for your tank and certainly can save you a few dollars by mixing it up. Red Sea Trace Colors or Tropic Marin Balling Component C are both trace element only solutions that would be a safe compliment to the BRS Bulk Pharma, Tropic Marin CarboCalcium, or Red Sea Reef Foundation.

Tropic Marin also informed us that it is perfectly safe to mix the CarboCalcium with Pro Coral K+ and Pro Coral A- to create a homogenous single solution for major, minor and trace element supplementation via a single additive. Simply mix them at an 8:1:1 ratio respectively.

Check out our BRS/WWC Hybrid episode #13 in which we go into detail about adding minor and trace elements into your reef tank. You can also learn more by checking out our entire playlist of videos all about additives.