What is an ATO - Auto Top Off System?

ATO is an acronym for Automatic Top Off System which is a device that automatically replenishes your saltwater aquarium with fresh water that is lost due to evaporation. There are various types of ATO systems, all of which accomplish the same thing and help you not only maintain a constant water level but also a constant salinity level.  This eliminates the need for you to manually pour freshwater into the aquarium each day and because it fills frequently, you will experience a more stable salinity level without any noticeable swings you might get when trying to top off your aquarium manually.

Why Do I Need an ATO System?

All aquariums evaporate water on a regular basis and in a saltwater aquarium, the salt and other minerals are left behind because only H2O molecules evaporate. As the water evaporates, the water level will drop in your aquarium and the salinity concentrations will rise.  By adding freshwater, you can maintain a constant salinity and water level.

An ATO alleviates the need to manually add this freshwater to your aquarium, ultimately saving you hours of daily attention. 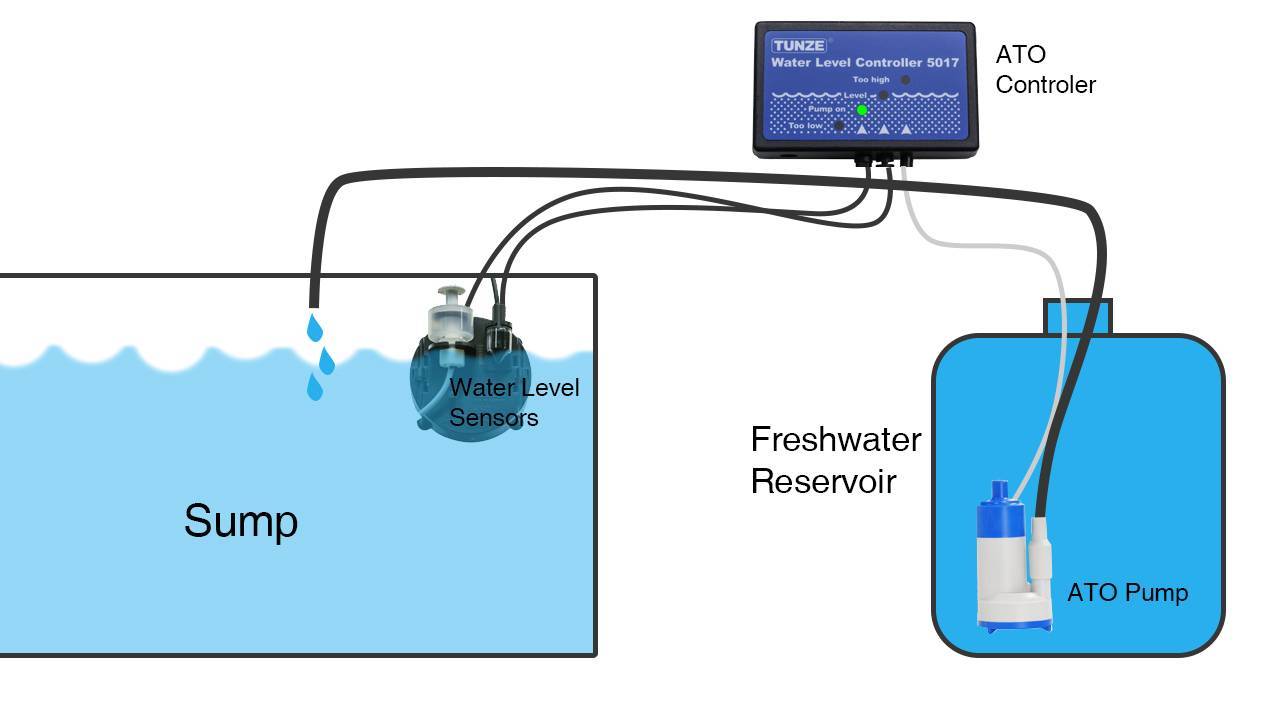 How Does an ATO Work?

While there are a few different styles of ATO systems, 99% of modern ATO systems operate the same exact way. The only difference is the type and quantity of water level sensors and the internal programming used to manage those sensors and the connected pump.

Can I Trust My ATO?

A failed ATO can lead to overfilling your aquarium with freshwater to the point of flooding or it can go the other way and fail to refill the tank resulting in salinity shifts and low water levels. There are additional protections and redundancies that help to eliminate the risk of overfill and underfill situations.

For example, your ATO may have two water level sensors where the secondary sensor is set 1" above the primary.  In the event that the primary sensor fails to detect the water level and cut off the pump for some reason, that secondary sensor will catch the rising water levels and switch off the pump.  Your controller might have some internal programming that sets a maximum amount of run time for the pump and/or trigger an audio or visual alert when the pump has run for too long. The combination of these redundancies is what makes a more reliable ATO. 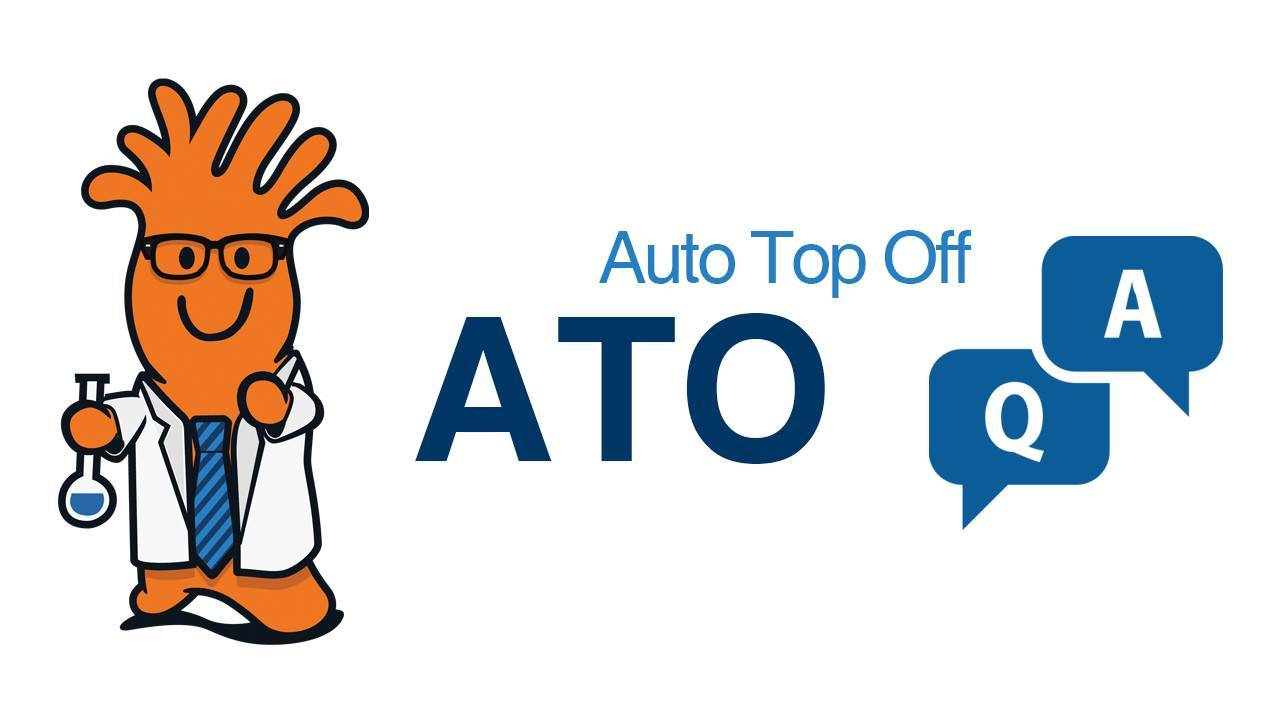