What Is the Difference Between a Reef Tank & a Saltwater Tank?

When you move past a goldfish bowl, the world of aquariums is incredibly diverse. There is an impressive variety of aquatic animals and tank types you can keep, each with unique characteristics that make them special. As it pertains to saltwater aquariums (marine animals), the term reef tank sometimes causes a little confusion and is a very specific type of saltwater aquarium.

Reef Aquarium: A saltwater aquarium that contains living corals and other photosynthetic animals along with fish and invertebrates like crabs, snails, and shrimp.

Saltwater Aquarium: A broad term to describe any saltwater aquarium that may contain any number of marine animals. Primarily fish but also cephalopods like cuttlefish and octopus, crabs, snails, shrimp....pretty much anything that comes out of the ocean. This includes reef tanks, fish-only tanks, predator tanks, macroalgae tanks, seahorse tanks, and a variety of other marine biotopes. 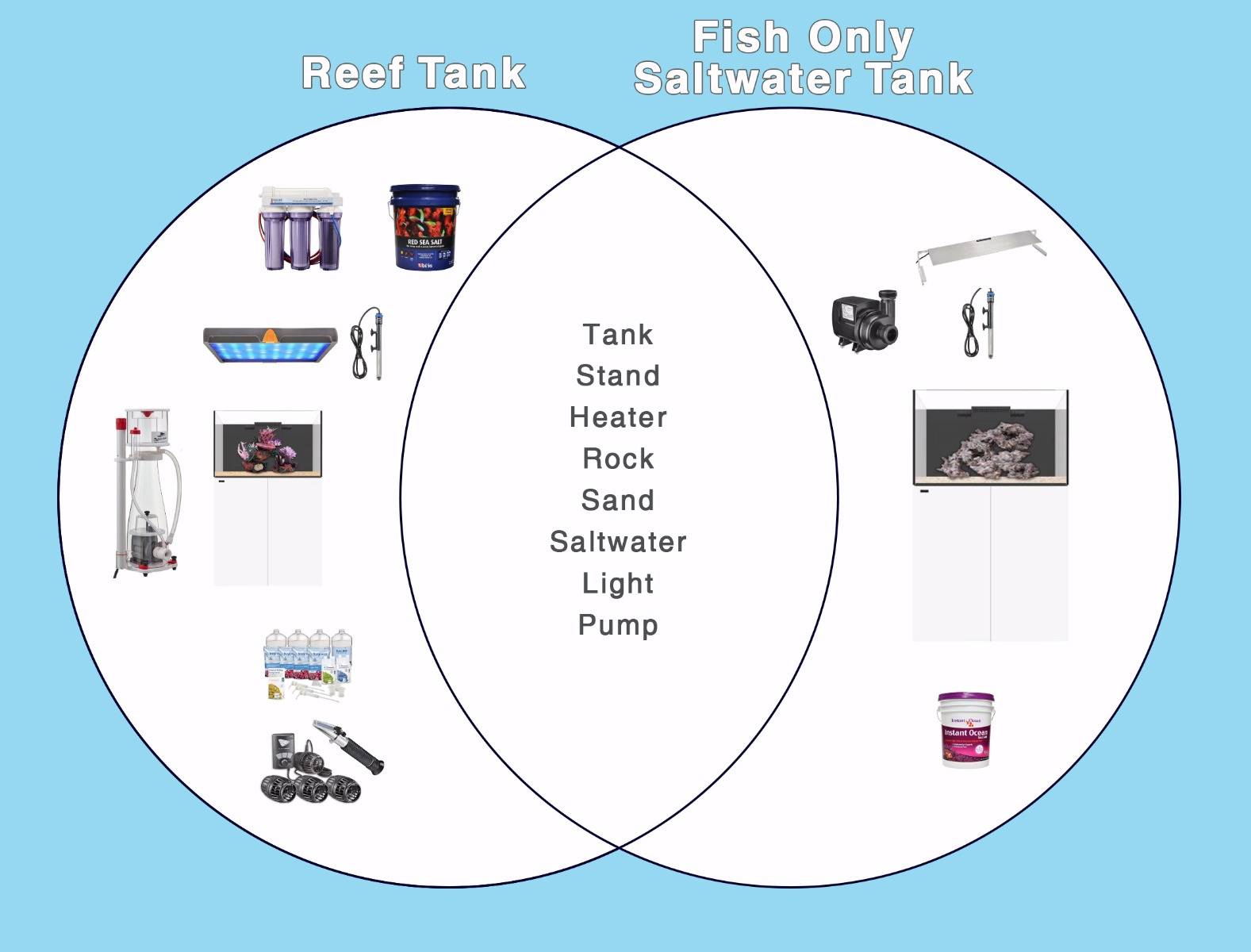 Both a reef tank and saltwater aquarium are built using the same foundation: tank, stand, heater, rock, sand, water, light, and a pump are the basic components.

That being said, a reef tank is focused on coral husbandry as well as the health of the fish which brings some unique requirements to the tank.  Instead of a standard output aquarium light, you need a high-output full spectrum reef light to support the photosynthesis within the coral.  You will use additives to maintain water chemistry and replenish elements the corals take up and also increase internal water flow using internal wave pumps/powerheads. For filtration, you're going to likely have a protein skimmer and more robust filtration to handle the extra food/nutrients and will also be concerned with purifying your tap water to remove harmful contaminants using an RO/DI system.

The details are not as important as the message here which is that a reef tank is more involved. It requires more equipment, more maintenance, and more precision to be successful.

Keeping a reef tank is often a journey that starts with a saltwater aquarium and transitions into a reef.  At least this is the path of least resistance because you can take the time to learn the basics and educate yourself about the foundation of maintaining water chemistry. The specific care of sensitive corals and invertebrates is important to your success and the additional equipment is paramount.