A little about the equipment for the tank

As I mentioned in my first posting I would start going over some of the equipment I have for the tank at this point. I am going to start at the top of the tank, the lighting, and with future posts move downwards. If you have ever tried to put a standard light over a 54 corner bowfront tank, you will know it is not an easy task. When this tank was first set up I used a 24" CurrentUSA Outer Orbit. While I was fairly happy with this light, it was not the easiest to mount over the tank and the spread of light just wasn't what I wanted from it (you can see some pictures of the tank when it was last runing in this thread on the Marine Depot Forums). 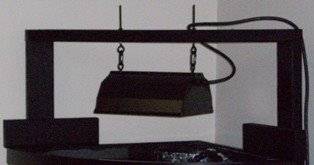 So when I decided to take down the tank for a quick break from the hobby, I decided I would also change out the lighting. Unfortunately I still had to overcome the same problems of how to mount a lighting system over the tank, but I had decided what I was going to use for a lighting system. I liked the shape and spread of light the Sunlight Supply LumenMax 3 pendants (250 watt double ended) offered and figured it would work well over my tank. But how to hang it over the tank? I have a drop ceiling and didn't like the idea of running wires through the panels, so I decided to make a light rack out of 2x4's. It actually worked out fairly well and with a little spray paint it almost matches the pendants, tank and stands' color perfectly.

With the pendant picked out and lighting rack built I needed to figure out what ballast/bulb combination I would run. Without the use of actinic supplementation I knew I would have to pick a bulb that was fairly blue (I like a more blue tank myself). In actuality I already knew what ballast I was going to use, the same ballast I have always used for both fluorescent and metal halide systems I have set up, IceCap. So I picked up an IceCap 250 watt metal halide ballast to use. BTW this also presented a small problem, the quick disconnect plug on the pendant did not match the plug on the ballast (this is true for almost every manufacturer, maybe someday we can get manufacturers to use a universal plug to make our lives easier). So I ended up cutting the plug on the pendant and wired in an IceCap male plug that would plug into the ballasts female plug (it was actually a very easy job to do).

So now I needed to decide what bulb to go with. I placed a call to IceCap to talk with them some. At the time they were just releasing a line of bulbs and I wanted to see what they might recommend. I had become friends with Chris at IceCap after meeting him at MACNA a few years back so I talked with him and he said to try out their 20,000K bulb. So that was the bulb I went with. So far I have only fired the bulb up over an empty tank, but it looked very nice. It had a very nice blue color and I can't wait to see it in action over a full tank.

That is about it for the lighting (besides possibly adding a moonlight to the mix). Next posting I will talk about the tank itself and what I am going to be using for water movement within the tank. 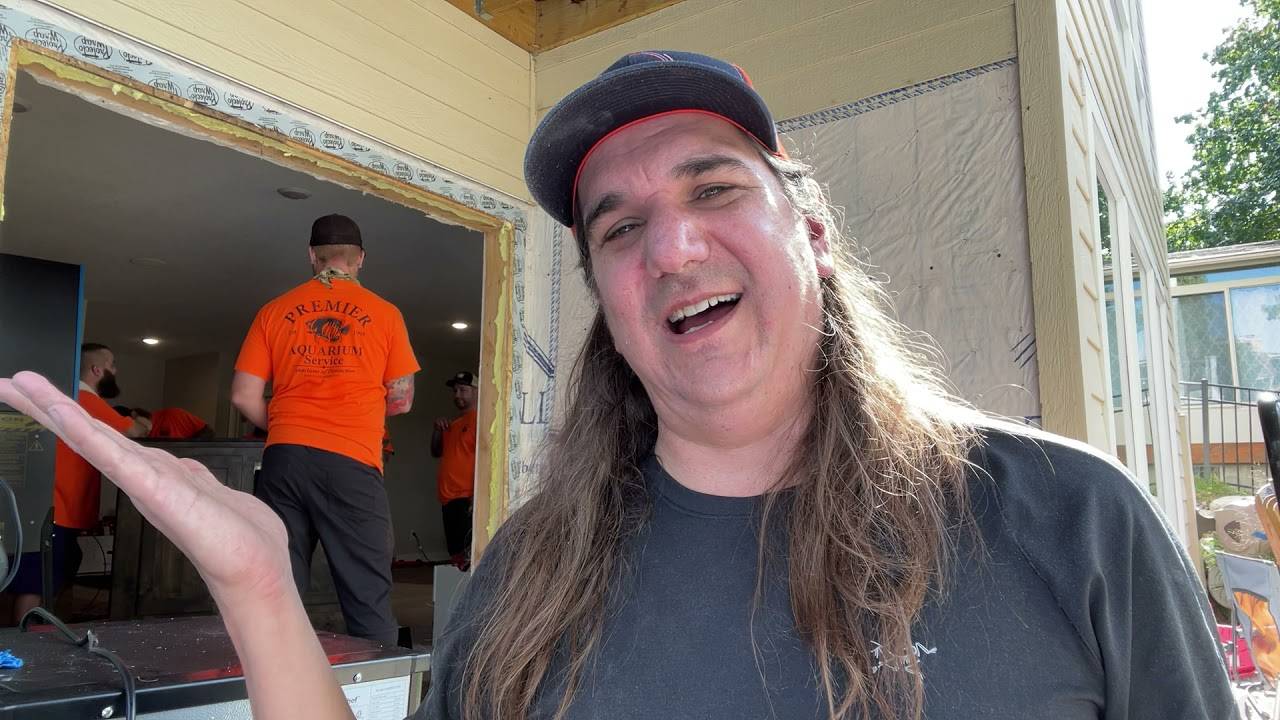 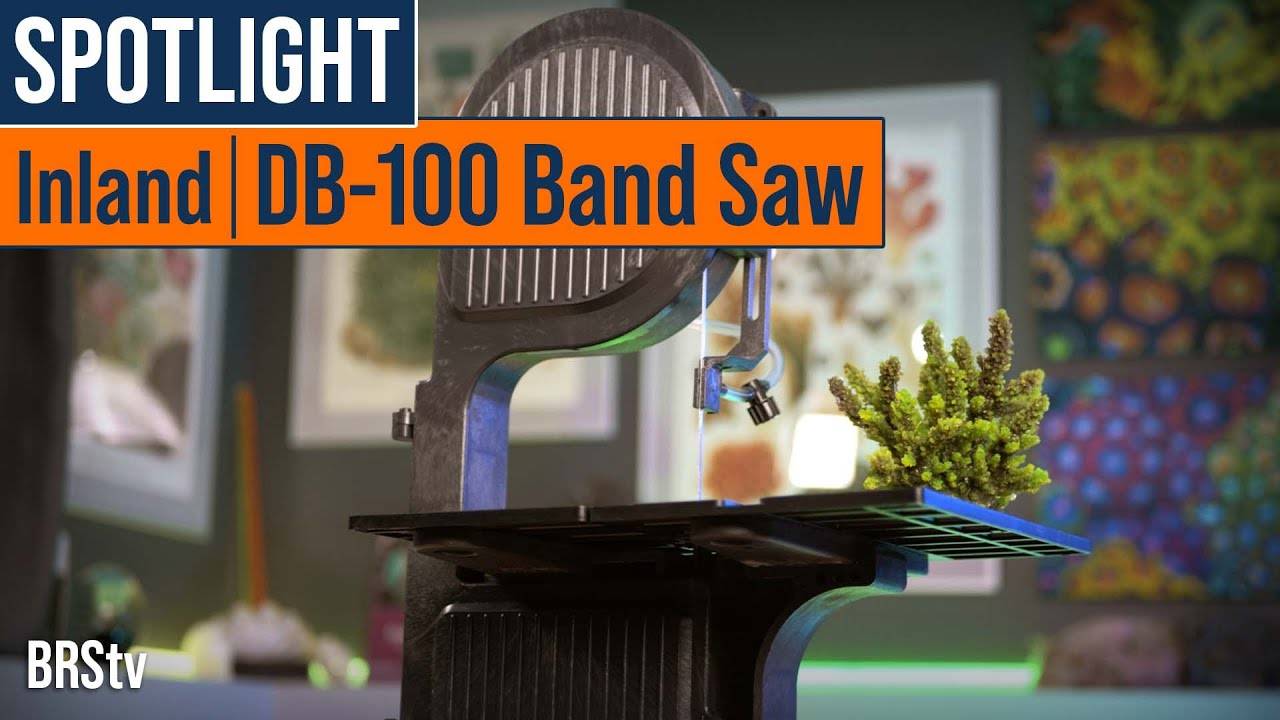 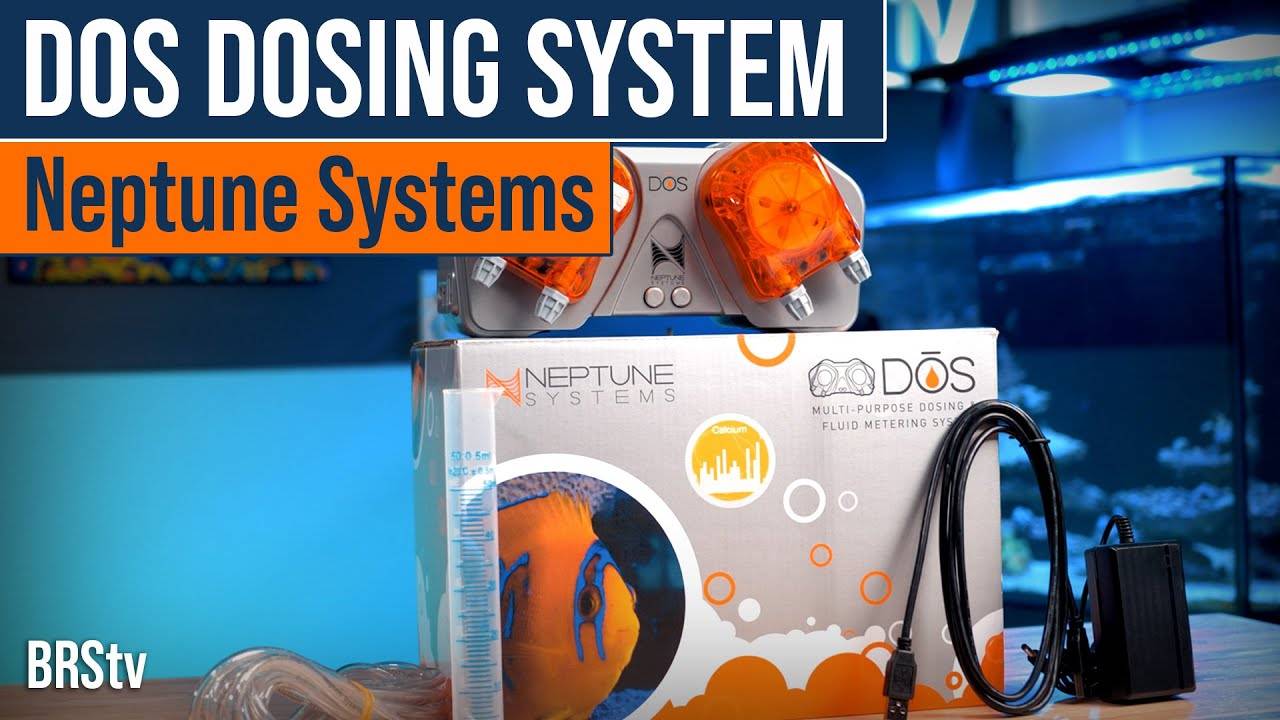 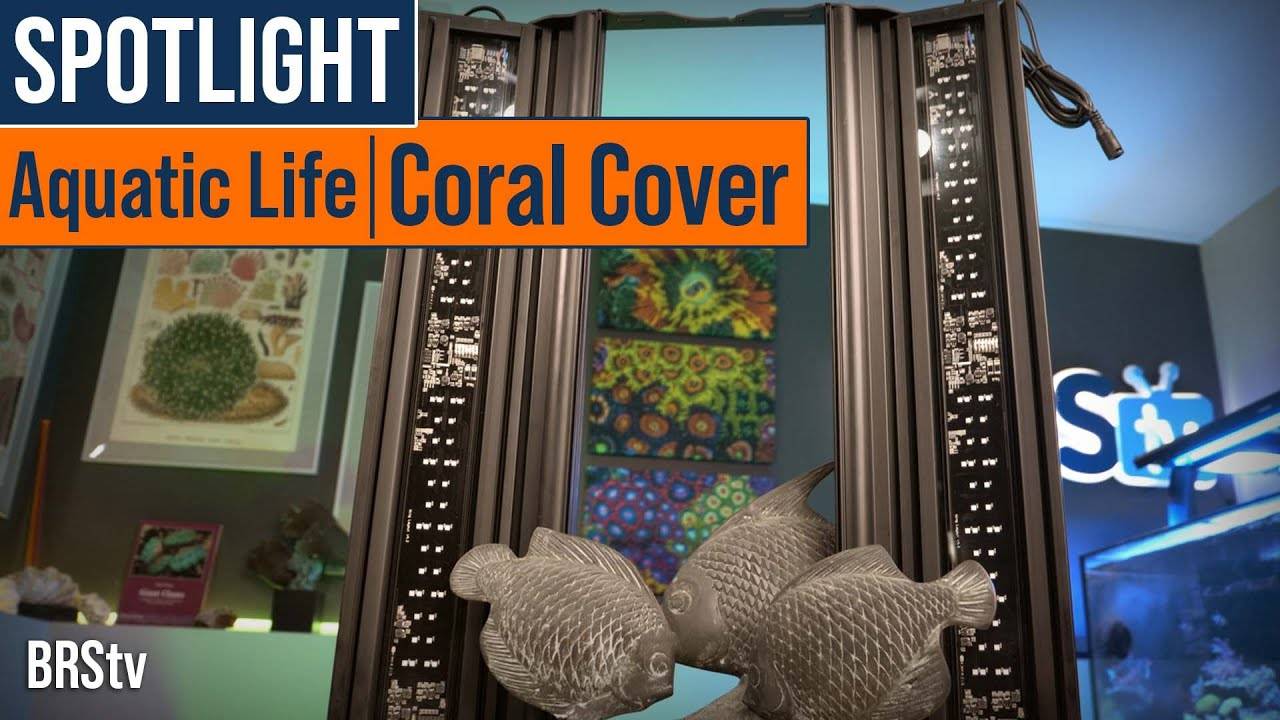 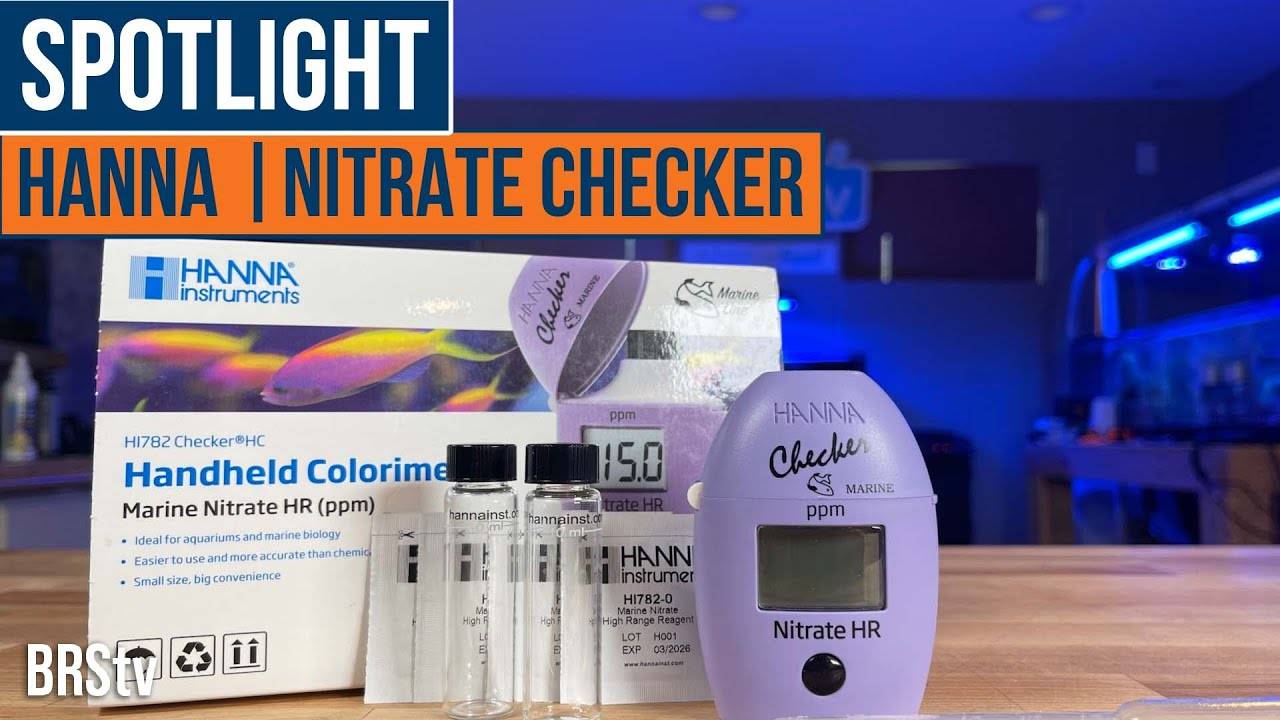 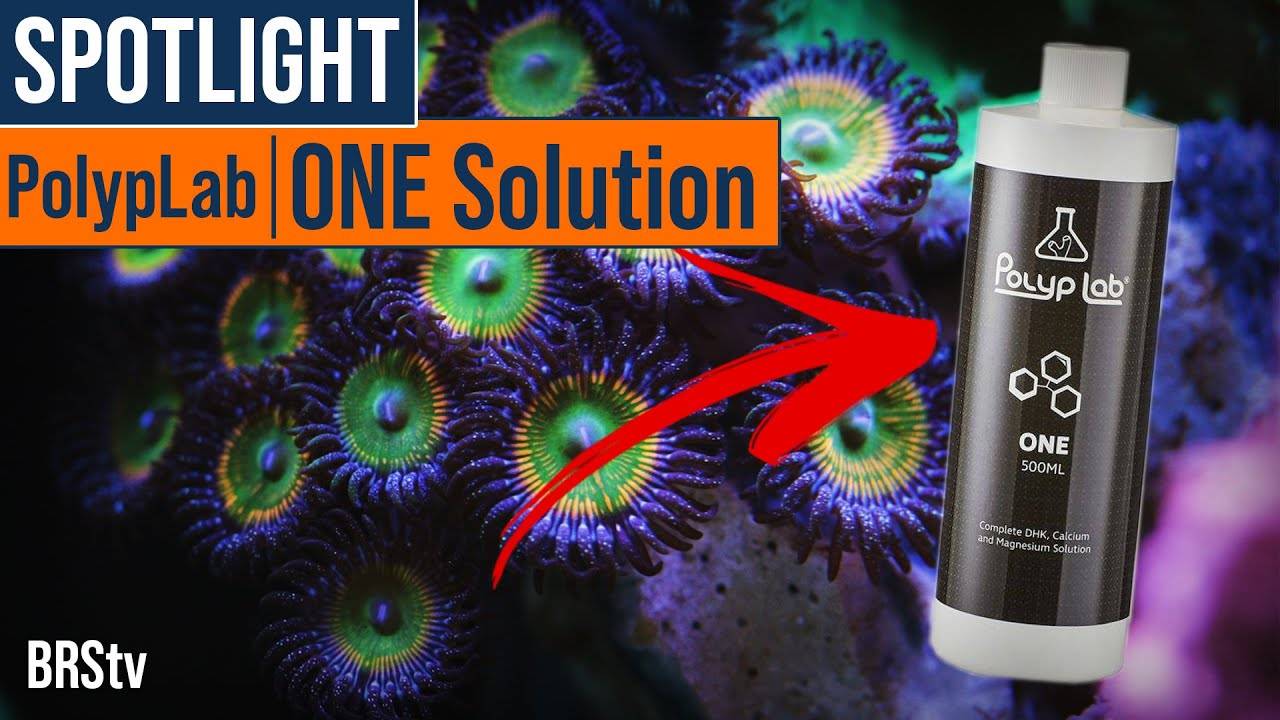