Randy and the team sent off an ICP test to investigate, once and for all, do calcium reactors help replenish trace elements along with calcium and carbonates in a reef tank?  The ICP test results revealed the answer to be quite clear, Calcium Reactor effluent solution does not contain significant levels of trace elements but did reveal a surprisingly high level of phosphates.

Calcium Reactors do not replenish trace elements in your reef tank but will contribute phosphate.

Based on previous hobby-related research we did expect some level of phosphates to be present in the effluent but how much is too much? Exactly how much phosphate is to be expected and will we see a substantial difference based on the particular media?

We intend to find out by looking at various calcium reactor media types, what they are made of and how they are formed naturally, and finally performing a side-by-side test to see which media contains the most phosphates. We can then help you make the smartest choice when it comes to Calcium Reactor media.

Calcium Reactor Media is made from calcium carbonate (CaCO3) which is a natural mineral that exists in three different forms.

In the aquarium hobby, we use both Aragonite and Calcite to make calcium reactor media. Science tells us the most significant differences between the various forms of CaCO3 are their chemical structure and the natural processes that form them.

Common sources of aragonite calcium reactor media would be old coral skeletons or the shells of invertebrates like clams and scallops. There are different forms of aragonite media too, some of which resemble natural coral skeletons and are as little as 10 years old while others might be made from material that is thousands of years old and has been compressed or formed under extreme pressure. 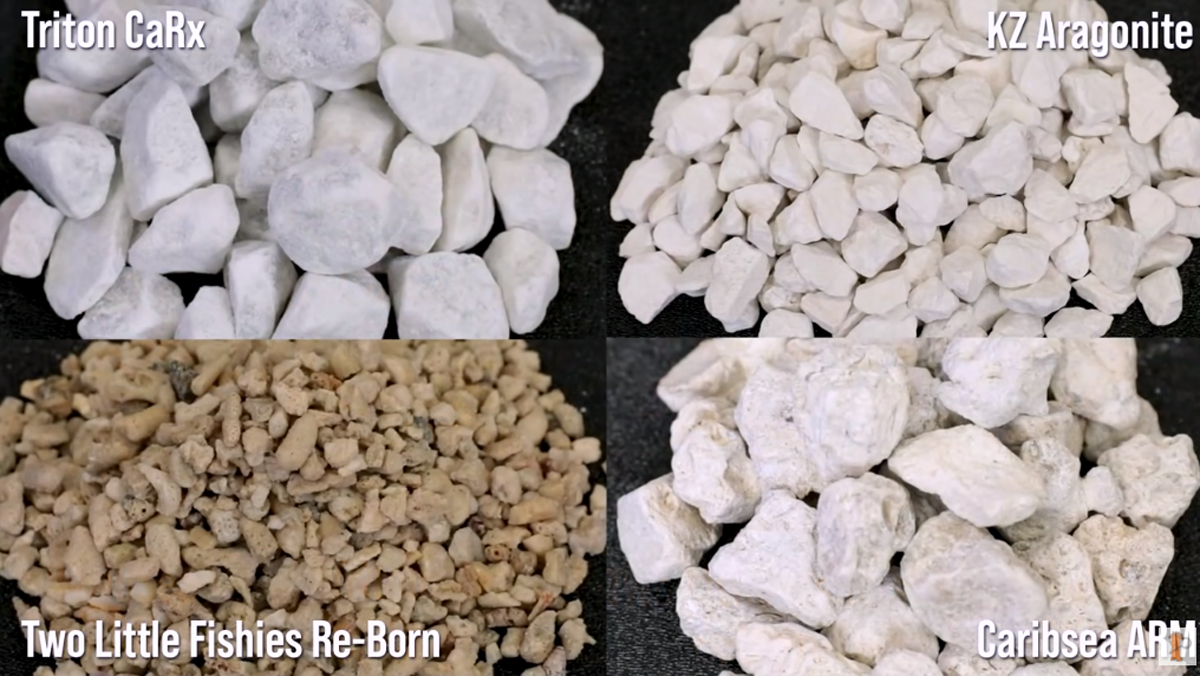 For our side-by-side test, we chose four different brands of calcium reactor media. Three of which are made with different forms of aragonite and one of which, Triton CaRx, is made with calcite. 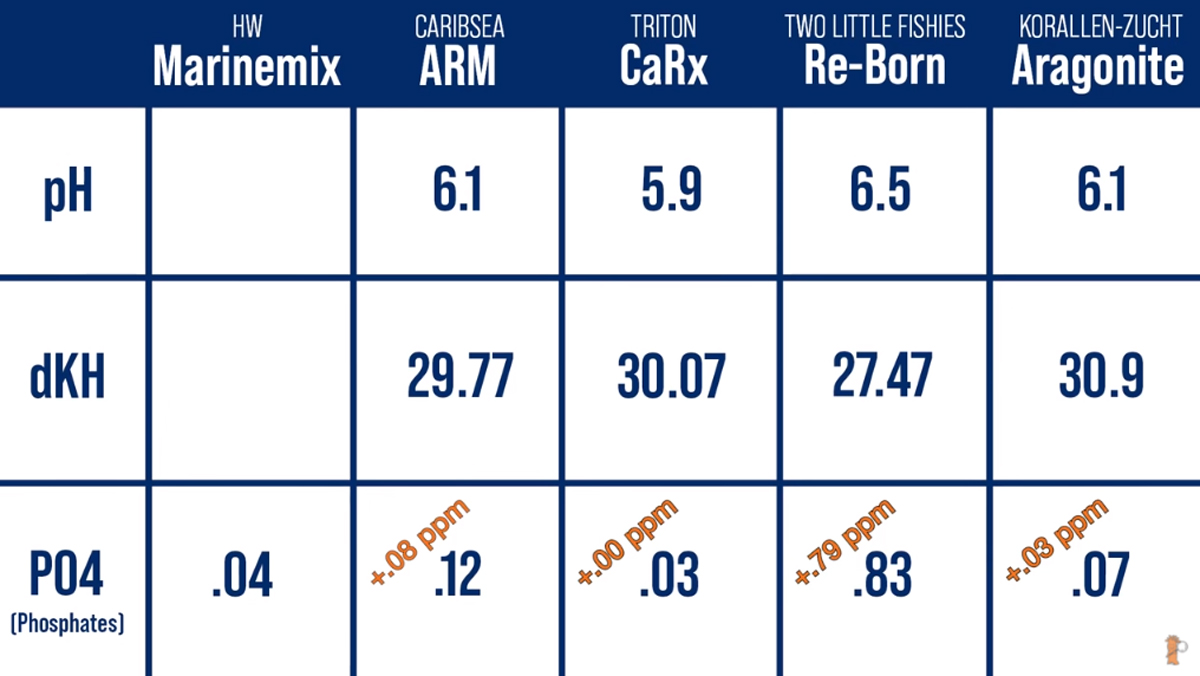 We started with a freshly mixed batch of HW Marinemix Reefer saltwater to which was tested with a phosphate level of 0.04 ppm right out of the mixing barrel. We then ran each of the various media in a calcium reactor for 24 hours.  The internal pH was set based on achieving an effluent dkH as close to 30 as possible. The density of the media comes into play here because the denser media like Triton CaRX requires a lower pH value to reach the 30 dkH we are looking for.

We start to see how each of the various media types may or may not be ideal for your particular tank based on your tank's sensitivity to dropping pH and/or rising phosphate.

Why do some Calcium Reactor media contain more phosphate than others?

Upon a closer look at the individual media granules, it's easy to see some are much more porous than others which explains the requirement of varying pH levels. Based on what we know about the different materials used for media, it's easy to justify some differences. The exact answer lies somewhere in the way each of these materials is formed naturally and the resulting chemical composition of said material.

Which Calcium Reactor Media Is Best For My Reef Tank?

If low pH levels in your reef aquarium are a challenge for your tank, but your nutrient export (filtration) is dialed and you can easily handle some added phosphate, aragonite-based media like Two Little Fishies Re-born is the best choice. On the contrary, if prefer to avoid additional phosphates at all costs and a pH drop is less of a concern, calcite-based media like Triton CaRx is most certainly the best choice for minimal phosphate.

What if you can't decide?  We can imagine many of you are concerned with both pH and extra phosphates. Consider degassing your calcium reactor effluent solution, blowing off excess CO2 to reduce the effects on pH in your display aquarium while still gaining the benefit of stable calcium and alkalinity levels. It just so happens, we have an awesome BRStv Investigates video all about Calcium Reactor Effluent Chambers to show you just how effective they can be.