BRStv Investigates Cost Per Par - Are You Overpaying For Reef Tank Lighting?

While there are many factors that come into play when making an educated choice for lighting your reef aquarium, the cost is one of those predominant factors that can really make or break your decision. In this second episode of our BRStv Investigates series around lighting, we measured the PAR of over 50 different lighting options to find out exactly how much your paying per PAR. The results are surprising in that there really is a wide gamut from affordable to exorbitant and when it's all said and done, the most affordable lights are probably not what you guessed.

What is PAR and Why it Matters

PAR: Photosynthetic Active Radiation - the wavelengths of light within the visible range of 400 to 700 nanometers (nm) that drive photosynthesis.

Recommended PAR Based on Coral Type: 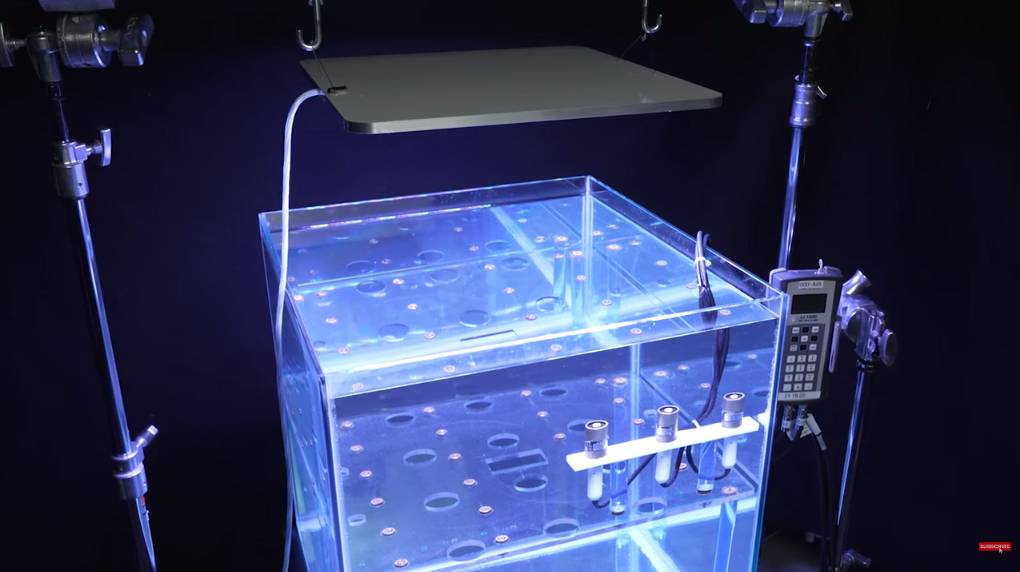 Each of the 54 different lighting options is mounted optimally over top of a 24" cube aquarium and set to run at 100% output. We use our custom PAR meter and bracket to collect 108 unique PAR measurements throughout the entire aquarium at varying depths. We then take an average using all 108 measurements to get the average PAR inside the aquarium. Using the average PAR instead of the singular highest PAR measurement captures a better snapshot of a light's performance

Calculating the cost per PAR is then quite simple, divide the cost of the light by the average PAR and you get the cost per unit of PAR. 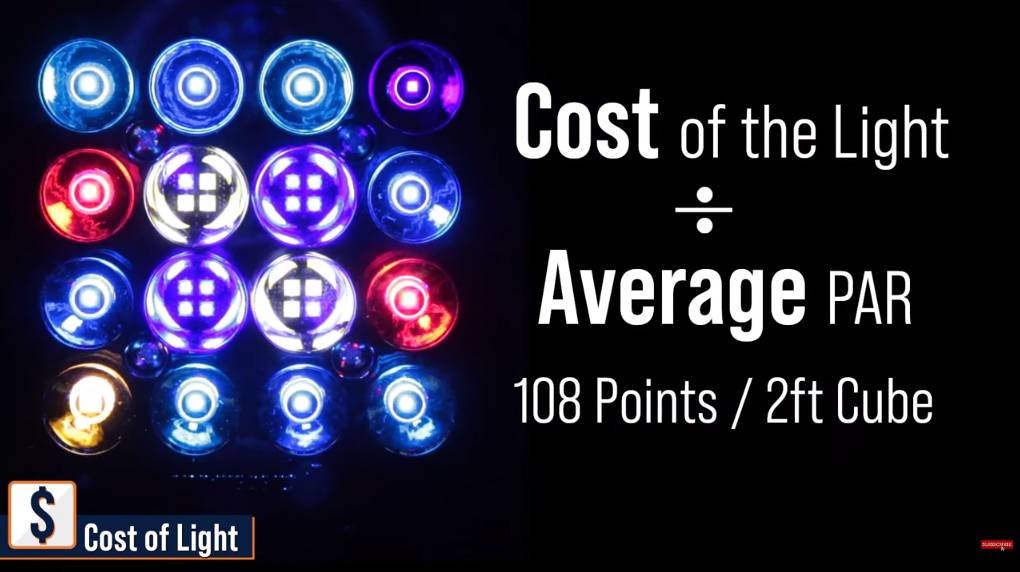 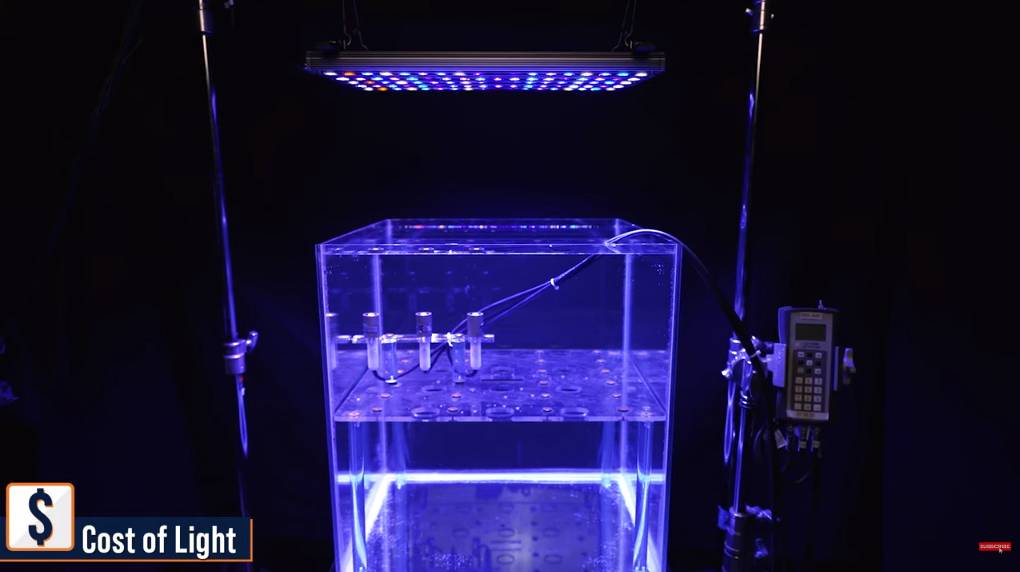 Looking at the results below, note the AquaIllumination Blade and AquaMaxx Prism II LEDs proved to produce the highest average PAR at the lowest initial cost inside a 24" cube aquarium. Note, these are not the least expensive lights on our website. They are, however, the most efficient in terms of producing PAR per dollar spent. The EcoTech Marine Radion XR30 Blue and Pro would be considered by many to be at the upper end of the price spectrum yet it actually ranked among the top 10 in terms of efficiency - it even outranked the AquaIllumination Prime 16 HD. 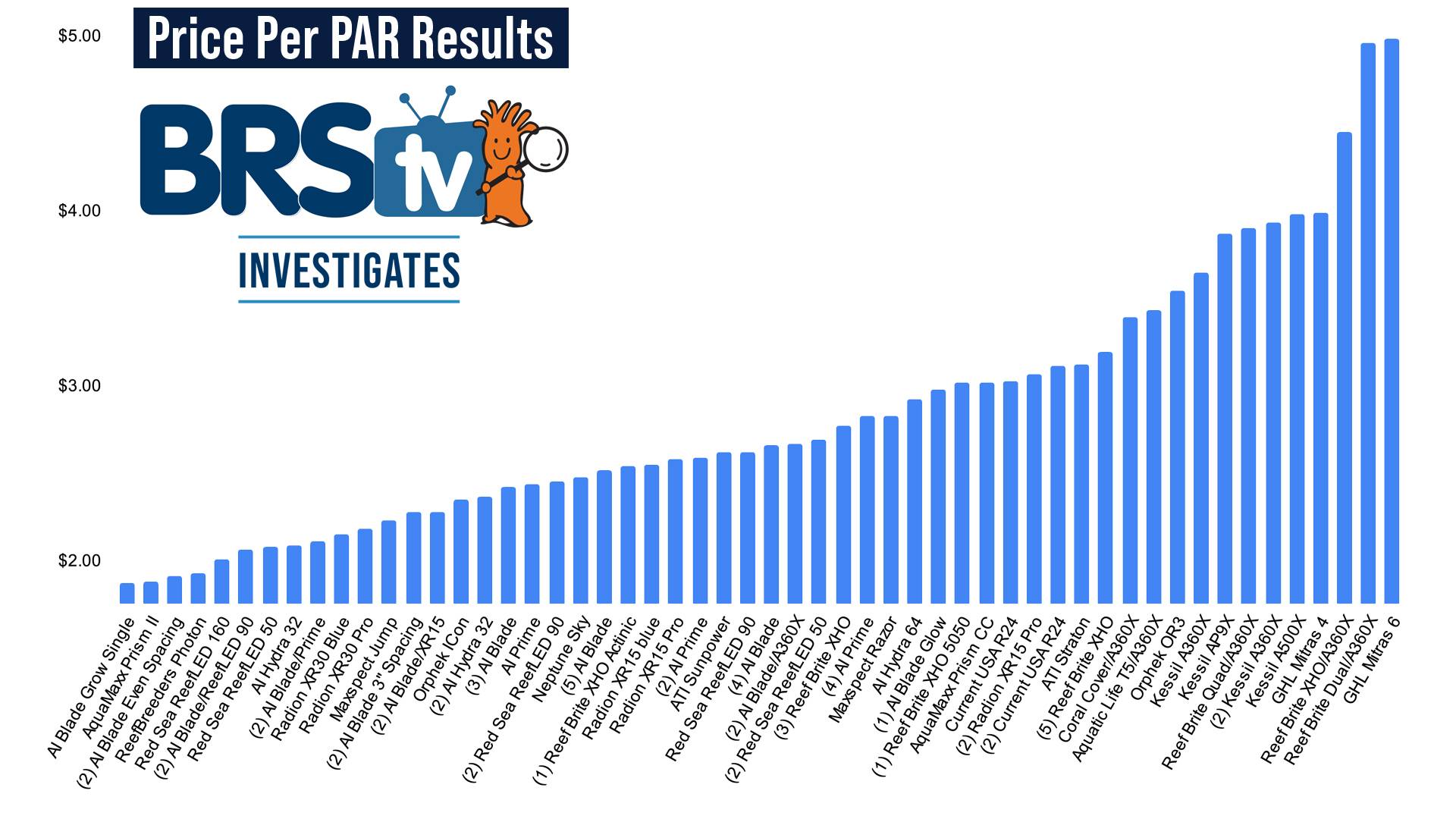 Based on the sticker price alone, it may be hard to believe that something like the Radion XR30 outranked the Prime 16 HD in the way of cost efficiency. How is that possible with such a drastic price variance between the two?  It's possible because of effective light distribution. 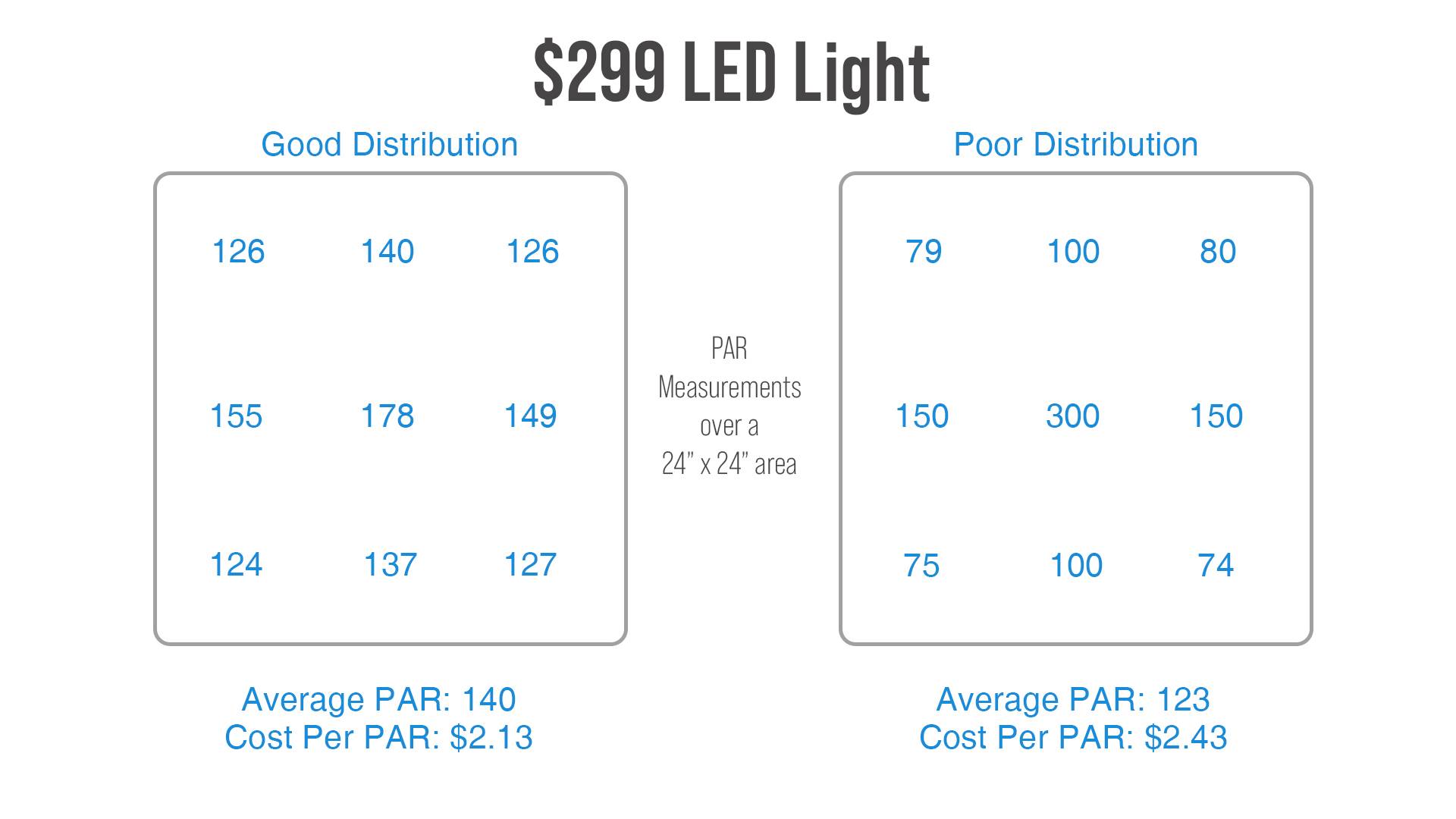 In the above hypothetical plot of PAR measurements.  The light with good distribution (left side) may not be as powerful as gauged by the center hotspot of only 178 PAR, but it maintains 150+ PAR throughout the majority of the tank. The more powerful light on the right side with poor distribution ends up being far less efficient, even at the same initial price point.

We used the average PAR throughout the entire aquarium to calculate the cost per PAR because you need light everywhere in your aquarium, not just in the center hot spot. A light's performance in this test was, therefore, heavily influenced by its ability to distribute the light effectively. It's less about power and more about an even distribution. This is exactly why the Blade Grow and Prism II LEDs scored so well, these light fixtures distribute light over a wide area very effectively resulting in an even blanket of light.