Dr. Ryhne deliveries an enlighting lecture about his work detecting cyanide in wild-collected fish for the aquarium trade in an attempt to curb this harmful and environmentally destructive method of collection. 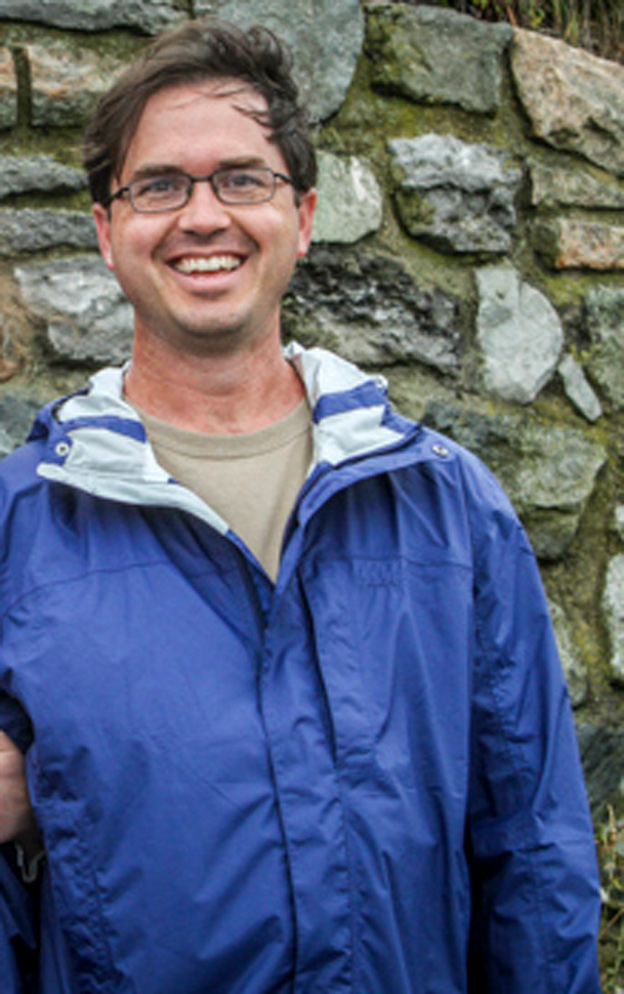 Dr. Andrew L. Rhyne has invested his career in understanding marine ornamental aquaria which is the biology of aquarium fishes and invertebrates and the industry that is driven by a human fascination with these creatures.


The live animal trade for aquariums is currently a data-limited industry. The lack of available trade data hinders sustainability movements and Andrew is working to develop solutions to fill in the data holes.


He has worked to advance the field of marine ornamental aquaculture by developing methods for breeding and rearing popular aquarium species. Something worth notable mention is he pioneered methods for culturing calanoid copepods which greatly increased the success of rearing small tropical marine fish larvae.


Andy has reared dozens of marine fish and invertebrates, many for the first time. Notability his lab-reared Queen Triggerfish which was part of a joint program with the New England Aquarium aimed at expanding the number of captive-bred species on display in public aquaria.


Through this innovative program, Dr. Rhyne and colleagues developed a larval rearing system specifically designed for public aquariums. It currently is supplying systems and training to over 20 institutions and collectively they have produced 1000s of fish for display. Andy proactively teaches others the skills that he has developed to support ornamental marine aquaculture.


He is currently an Associate Professor of Marine Biology at Roger Williams University in Bristol, RI. He helped to develop an undergraduate major/minor in aquaculture and aquarium science and manages an active undergraduate research laboratory focused on the aquarium trade and aquaculture. In addition, Andy oversees the husbandry and life-support systems at the Environmental Education Center of the Audubon Society of Rhode Island and also maintains a partnership with the New England Aquarium to develop rearing methods for aquarium species.


Dr. Rhyne has published over 50 peer-reviewed articles and book chapters and is the recipient of numerous scientific awards. Most recently he won a Grand Prize in the Wildlife Crime Technology Challenge whith his work on cyanide testing wild-caught aquarium fish. He received his B.S. from the University of North Carolina, Wilmington and his M.S. and Ph.D. from the Florida Institute of Technology in Melbourne, FL while working with his mentor the late Dr. Junda Lin. He and his wife Libby along with their twins Darwin and Amelia live in Rhode Island.


Want more? We are releasing two new presentations each week from MACNA 2019 and you can browse through all of the MACNA Presentations on our website!