Want your corals to really POP? Try this little mod

Even though the JBJ 28 advanced LED tank has an amazing LED setup with moonlights, actinics and 14K LED lights, I needed something in between to give me more options to blend in and not to mention more coloration from my corals.

After doing some research I found that the Ecoxotic Stunner Strips offer low power consumption,  smaller size, and a variety of colors. The Ecoxotic strips are water resistance and are the perfect size to install in my hood. I ended up going with one magenta strip and one ultraviolet strip. I figure this would give me a nice blend since the actinic leds that come with the tank are really intense.
I was very uneasy at first about taking the hood apart to make to make some mods. I figure I would be able to install over the glass, even with a low profile height the stunner wouldn't fit accurately and they where to close to the water.
So ended up removing the plastic cover following with the glass. My 1st idea was to place them one on the front and one on the back. To my disappointment, the stunner strips where block from the inner frame. So the next idea was to place them in the middle of the fixture. The stunner strips where to large that the glass cover wouldn't cover it. I had to remove side of the black frame that holds the glass in place. After doing some measuring and cutting the side frame for the stunner strips, I gently snap them in place and they where flush with the frame. 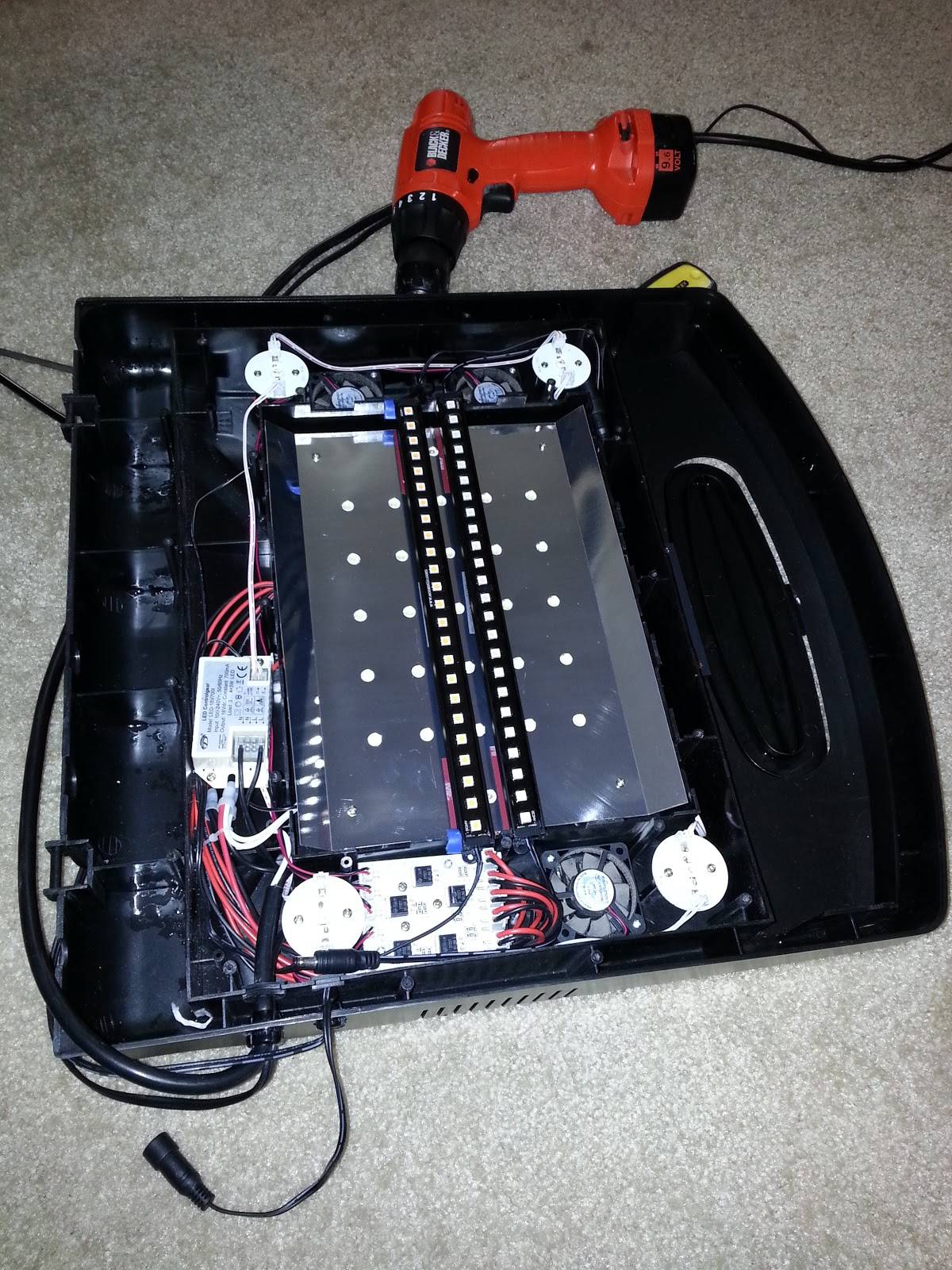 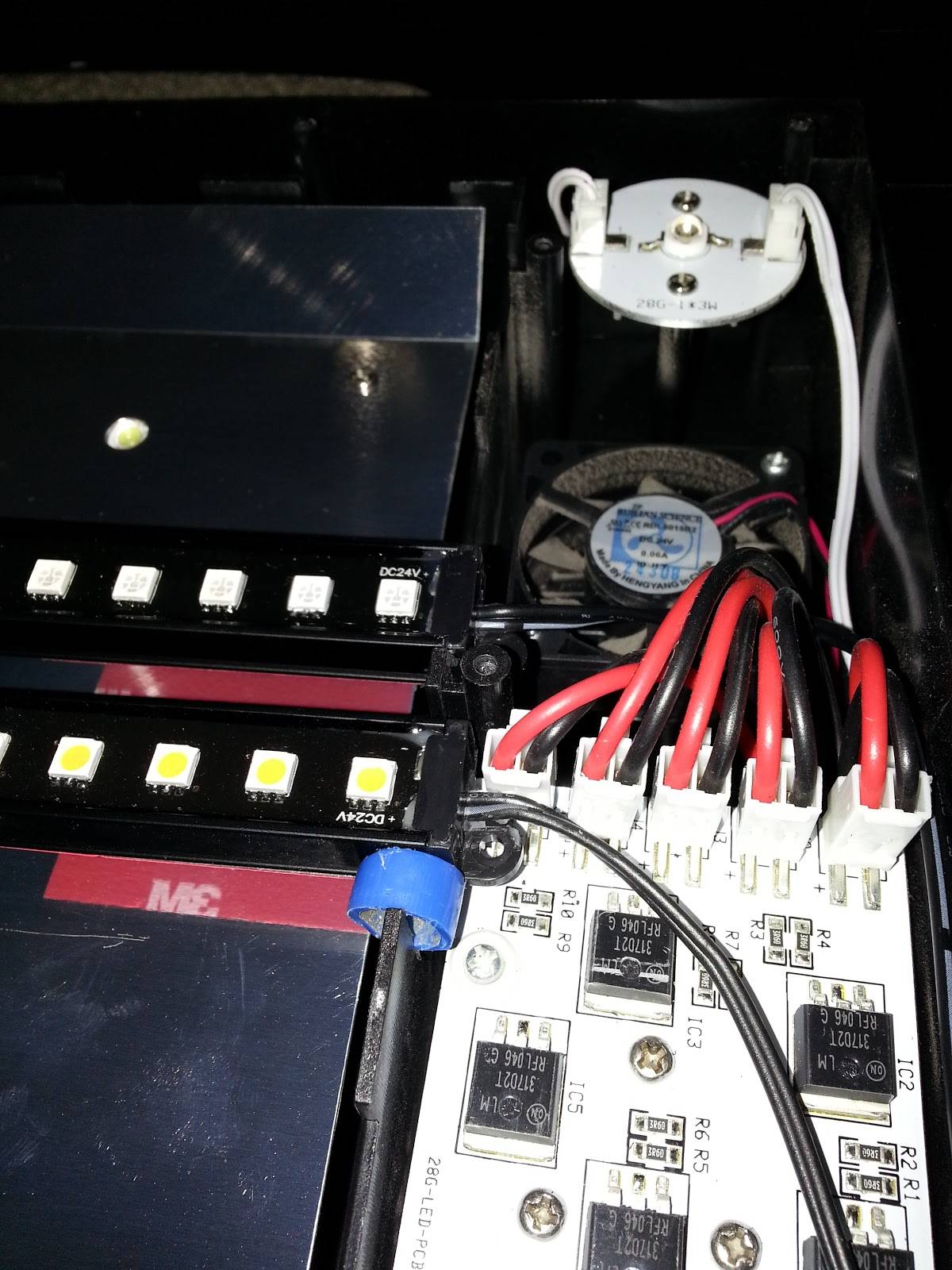 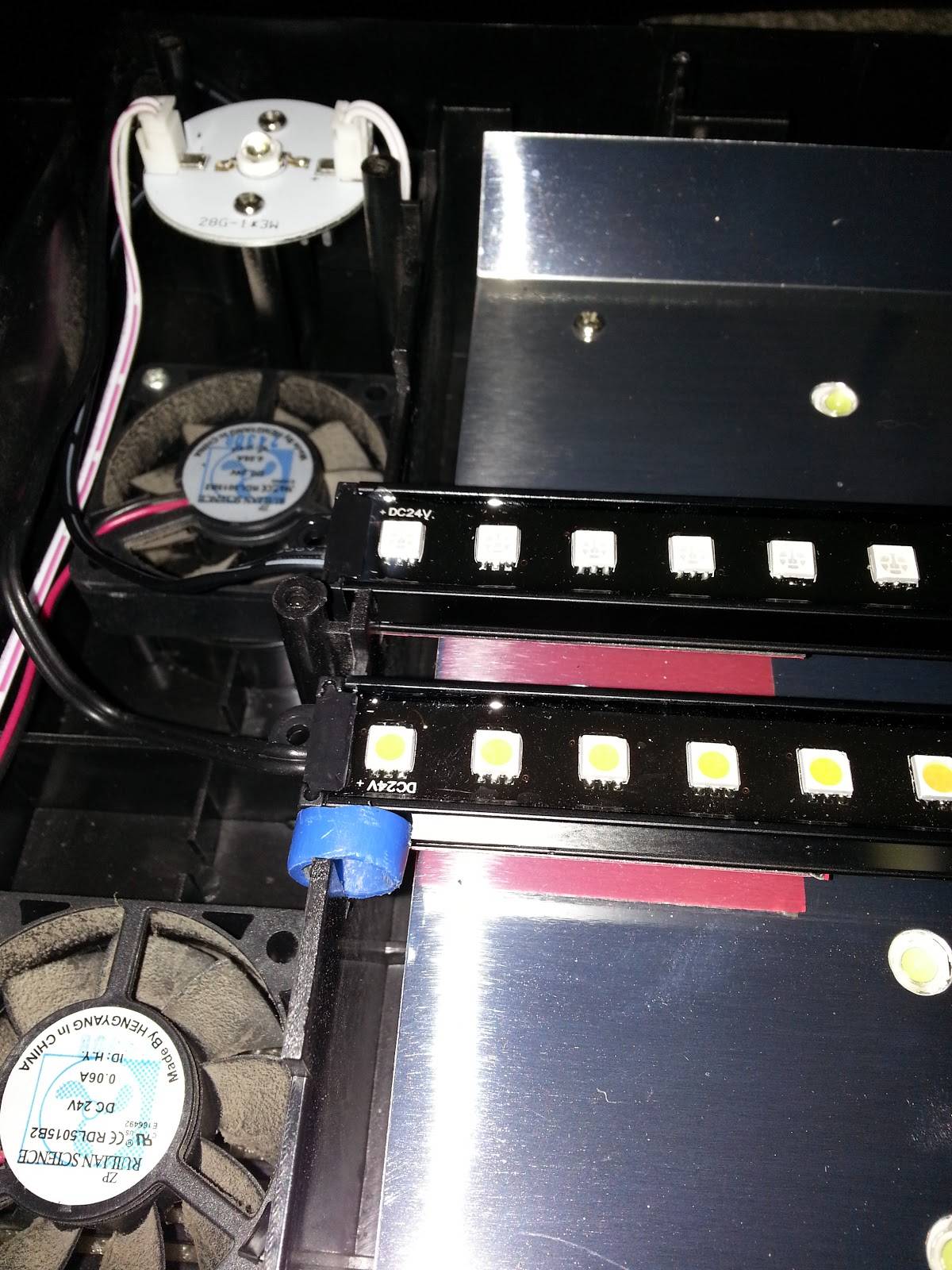 After the stunner strips fitted nicely on the black frame and in between the 14k leds, it was time to arrange the cords around the reflector to cover them from being exposed.  The next step I did was to get my vacuum and suck all the dust in there.  Since you can daisy chain the strips, I had to cover the expose side with a fitted plug cover that comes with the stunner strip. 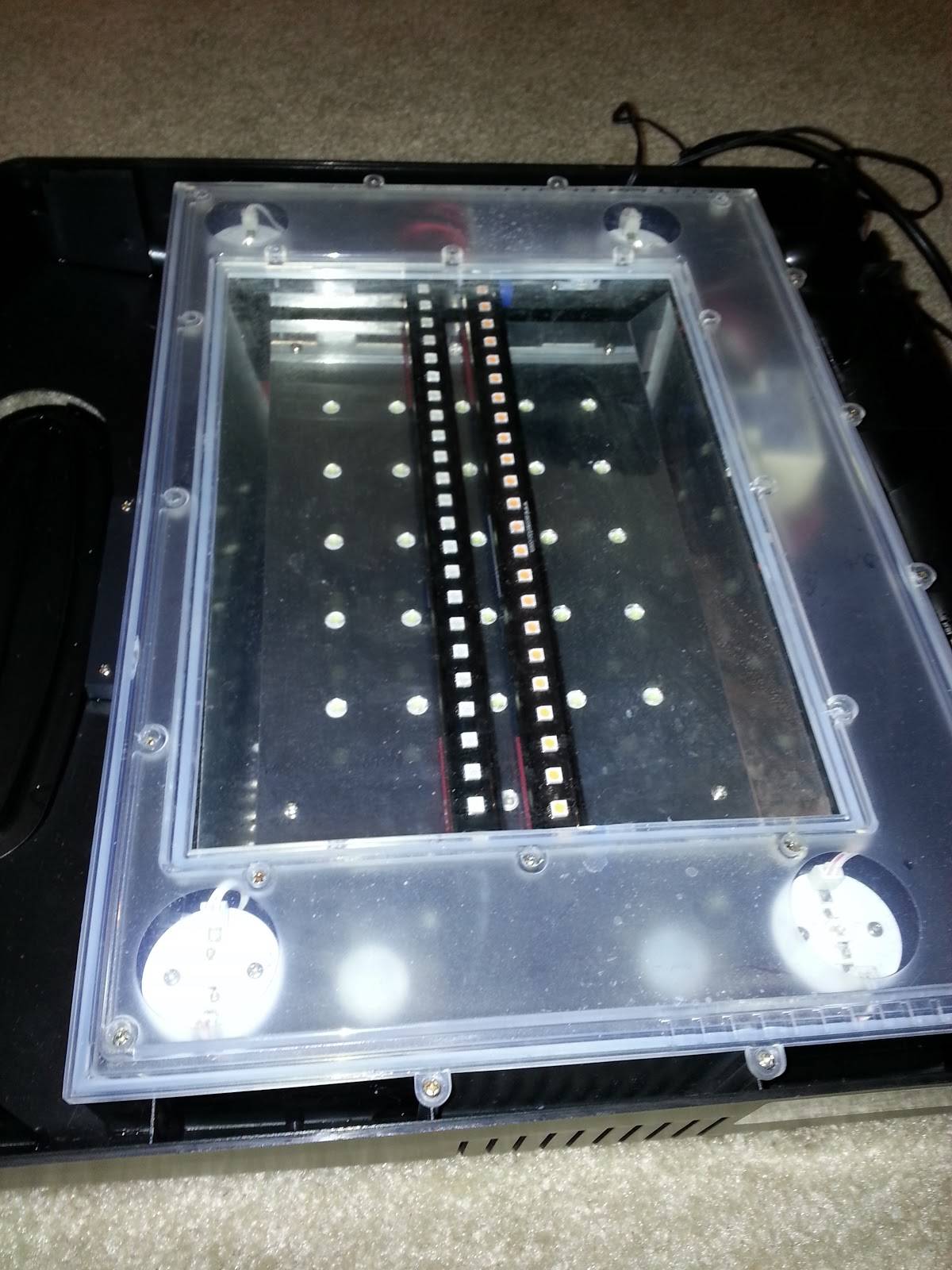 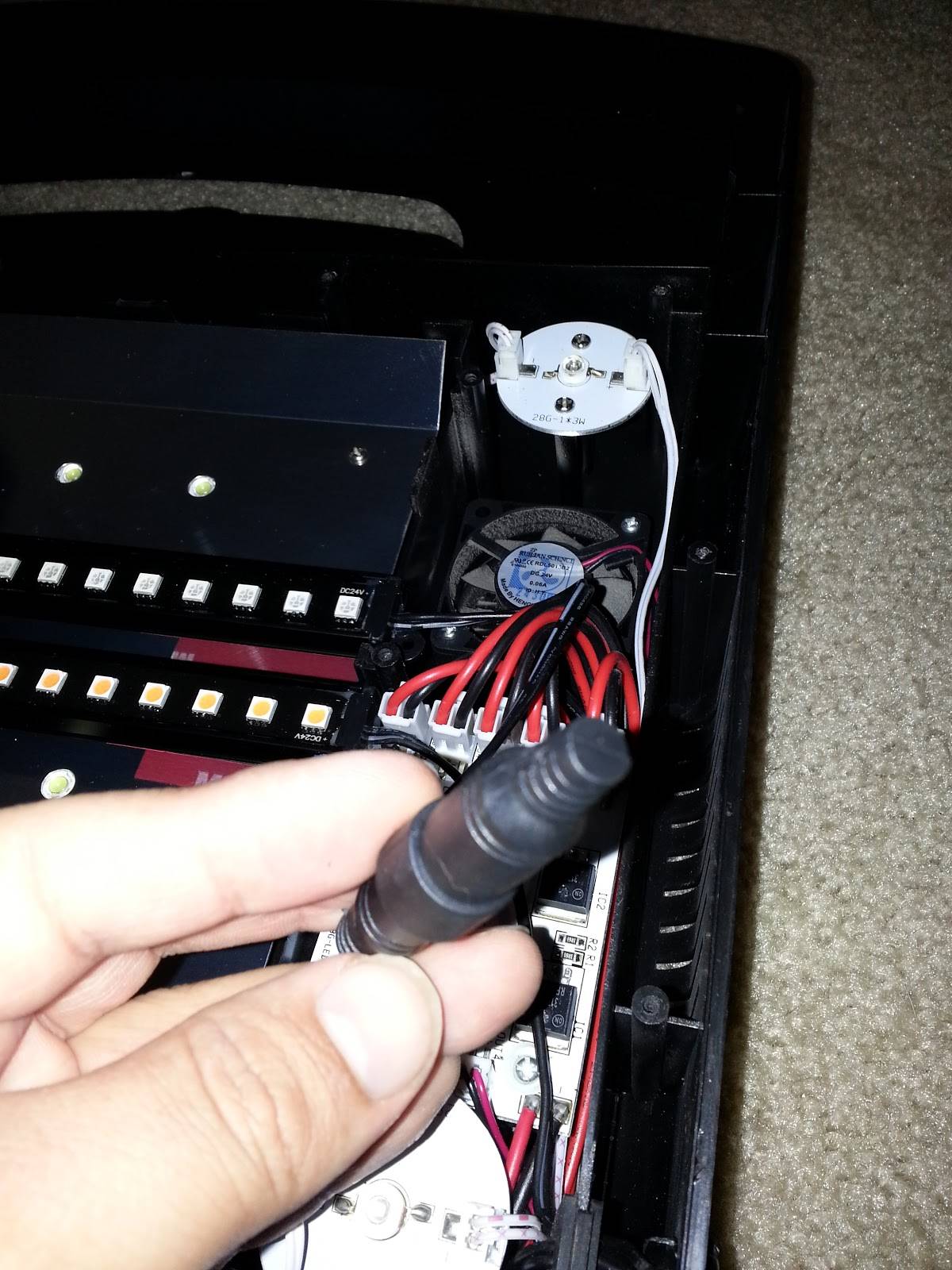 I use one of the output from the stock lights and resealed with the rubber fitting from one of my old 12 JBJ DX.  So it gives it a slicker professional look.  I ended up placing the glass lid and the plastic cover guard back in place. and gave it a test drive.  Now that I have more options to play with I can set it up to different settings to give it a unique personal look. 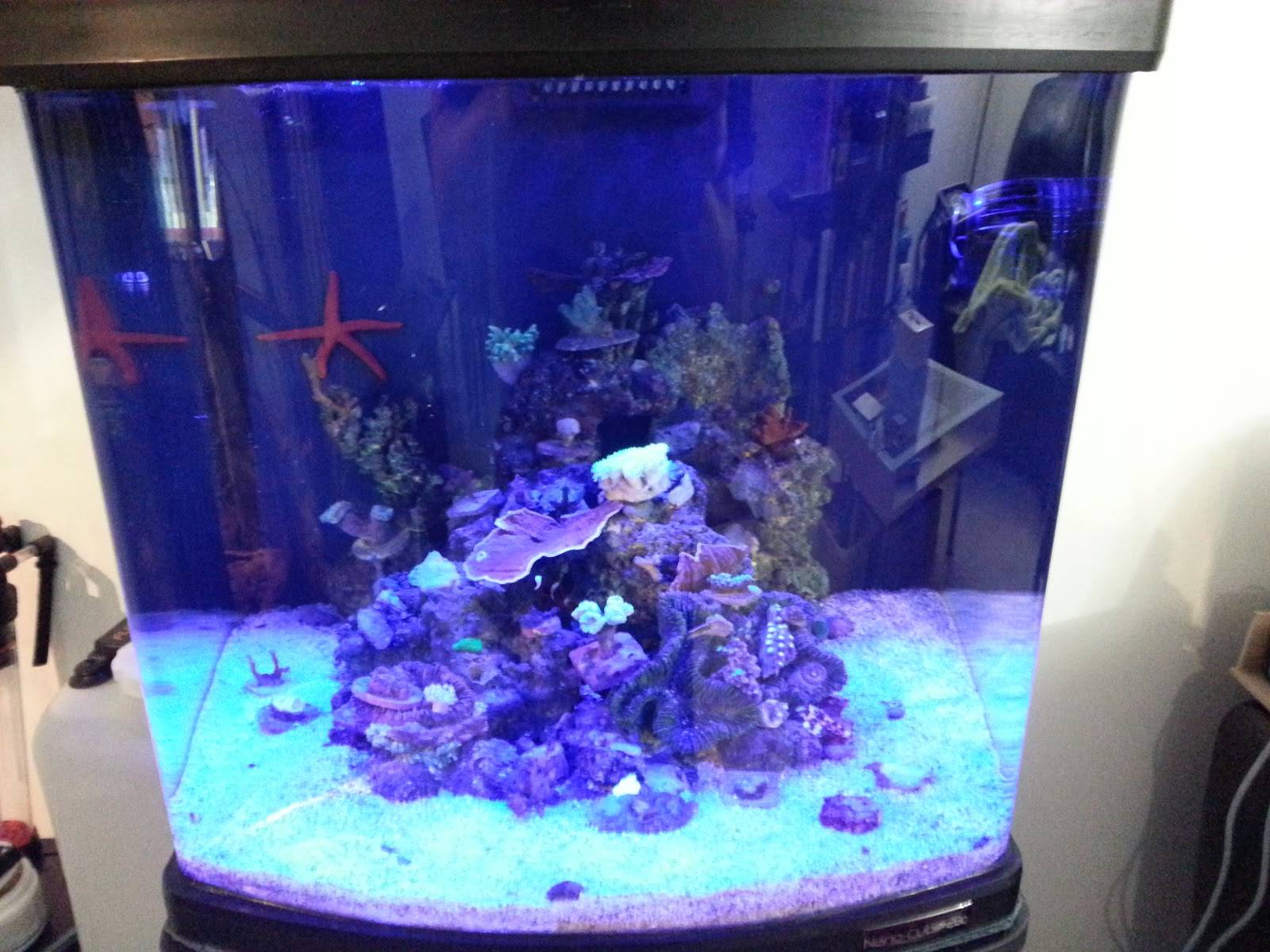 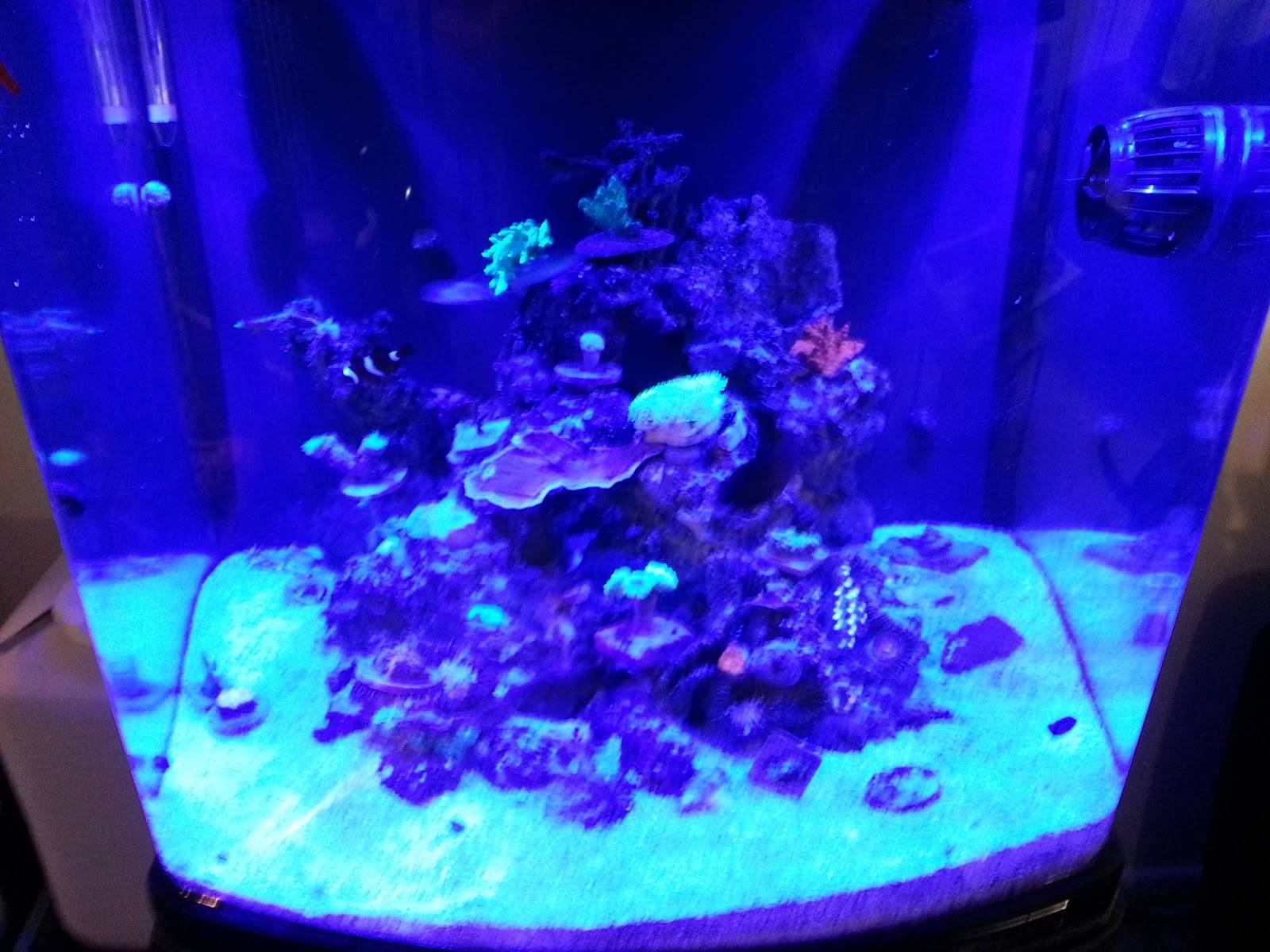 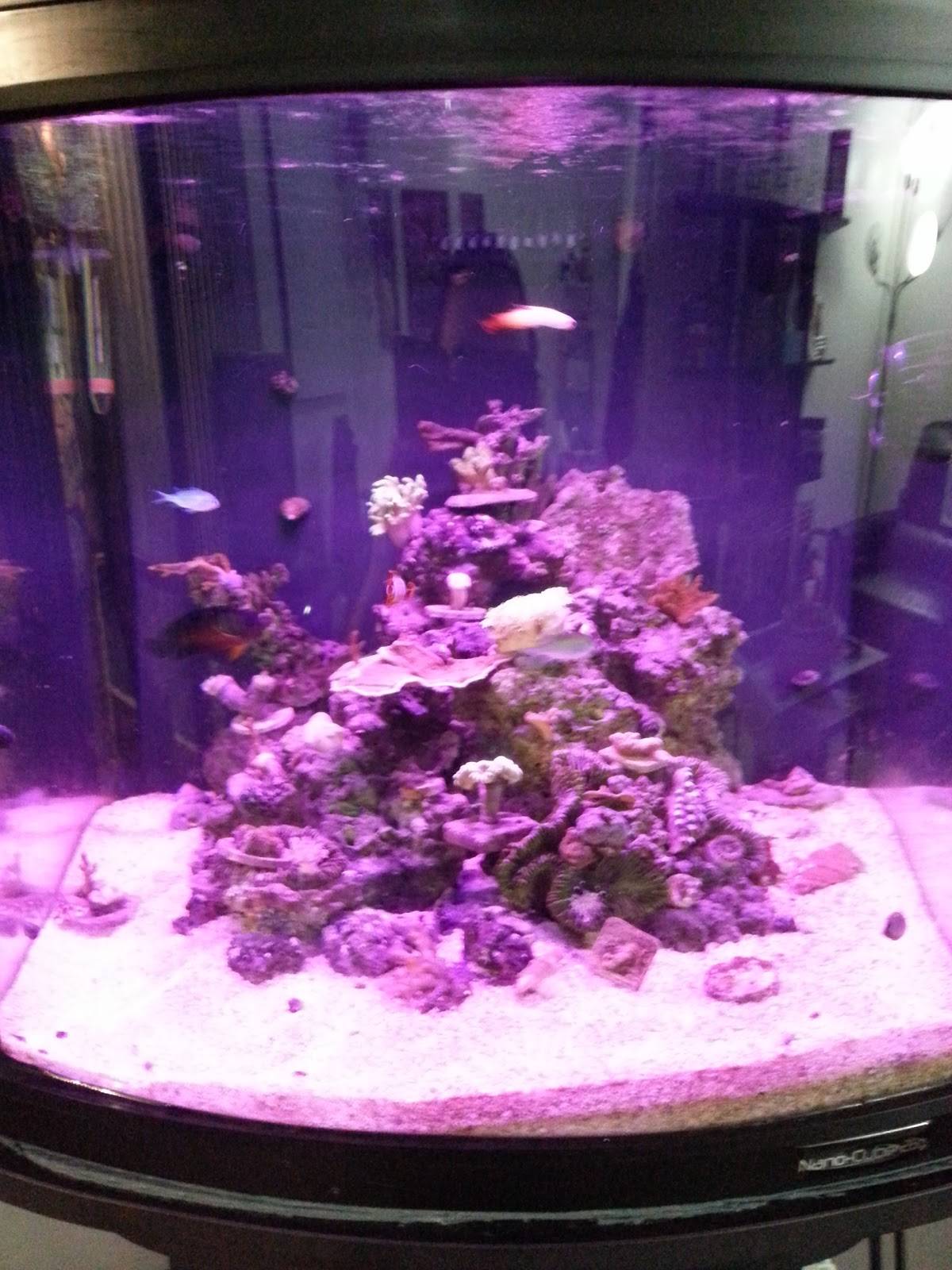 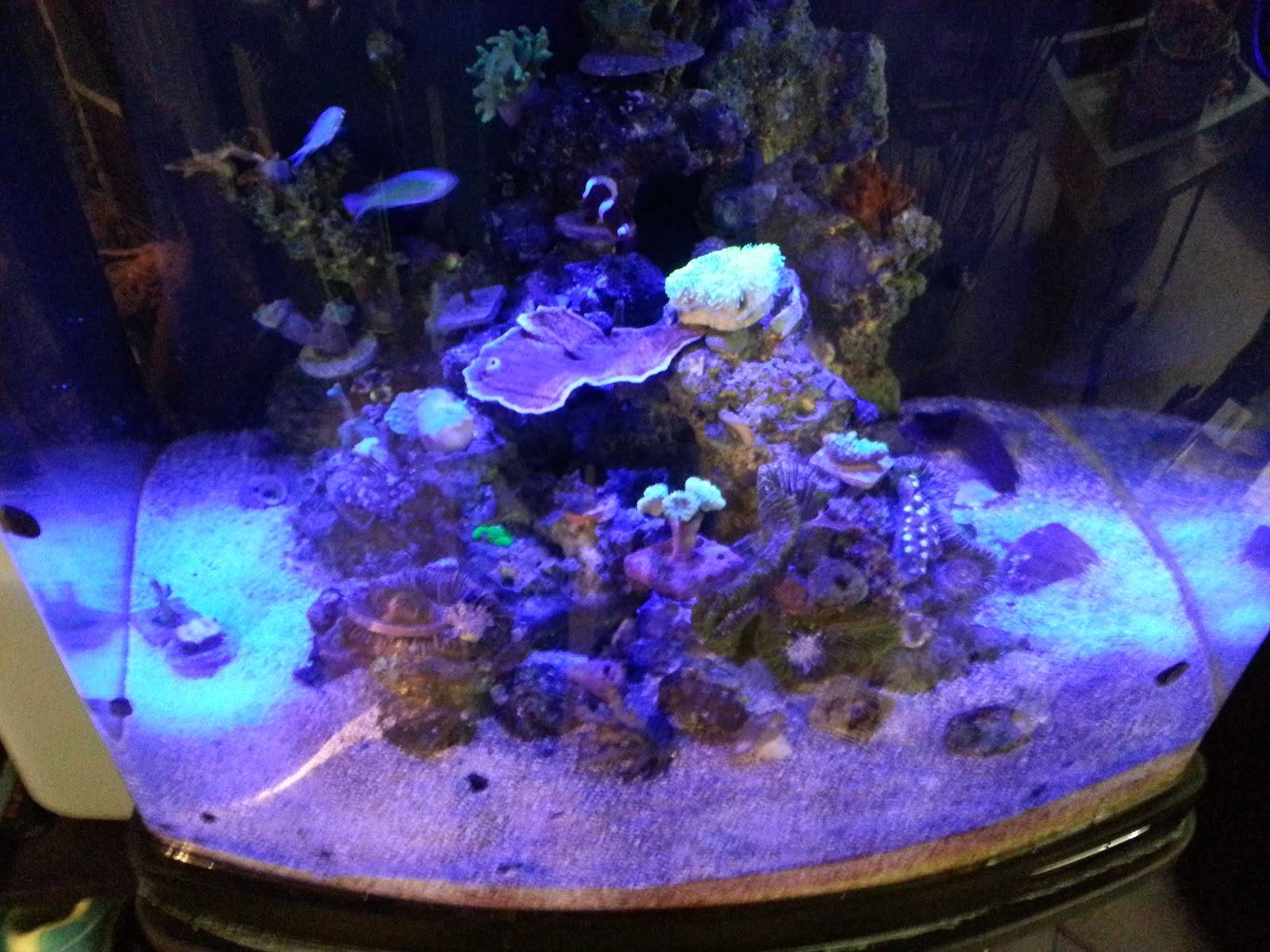 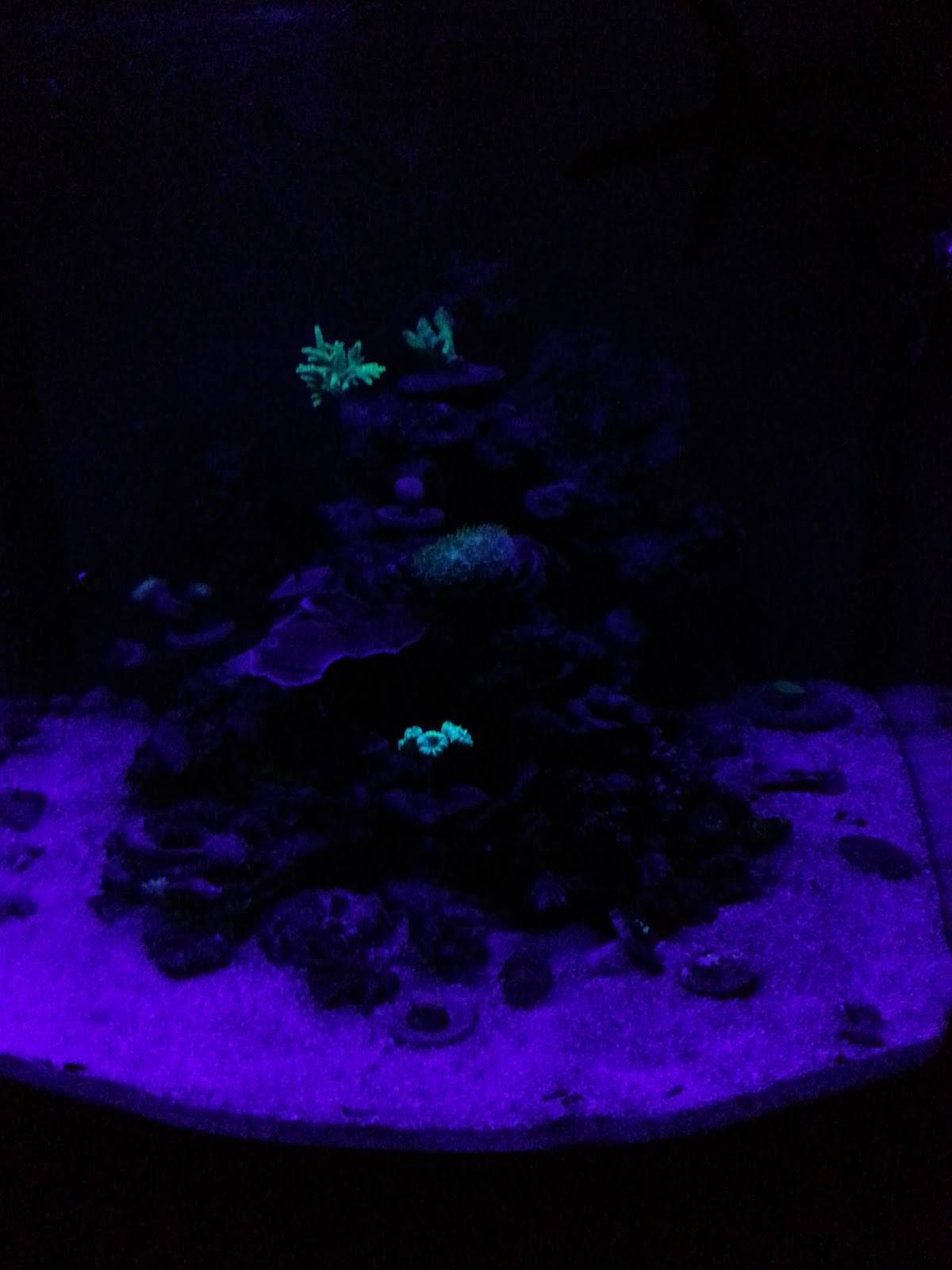 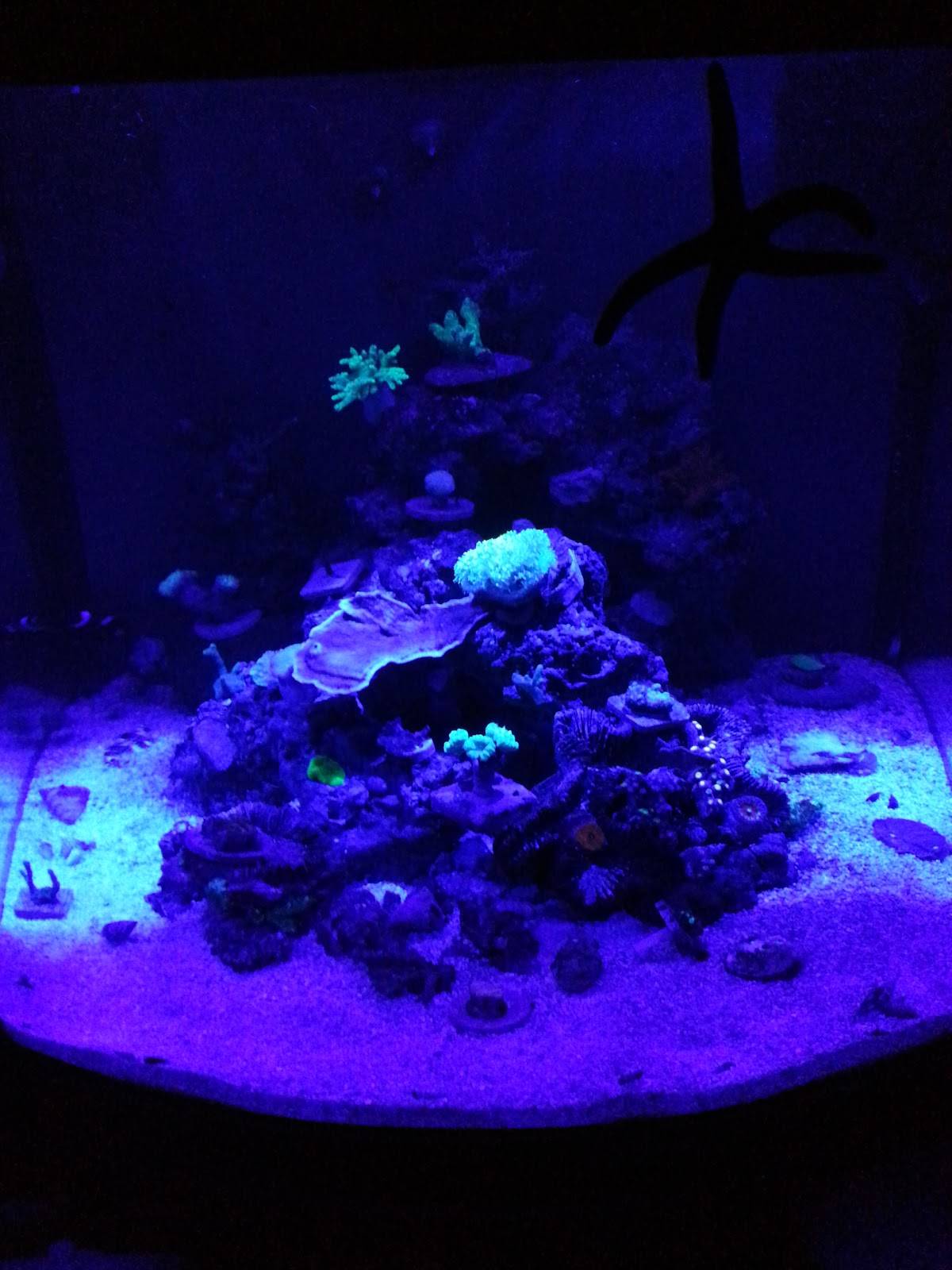 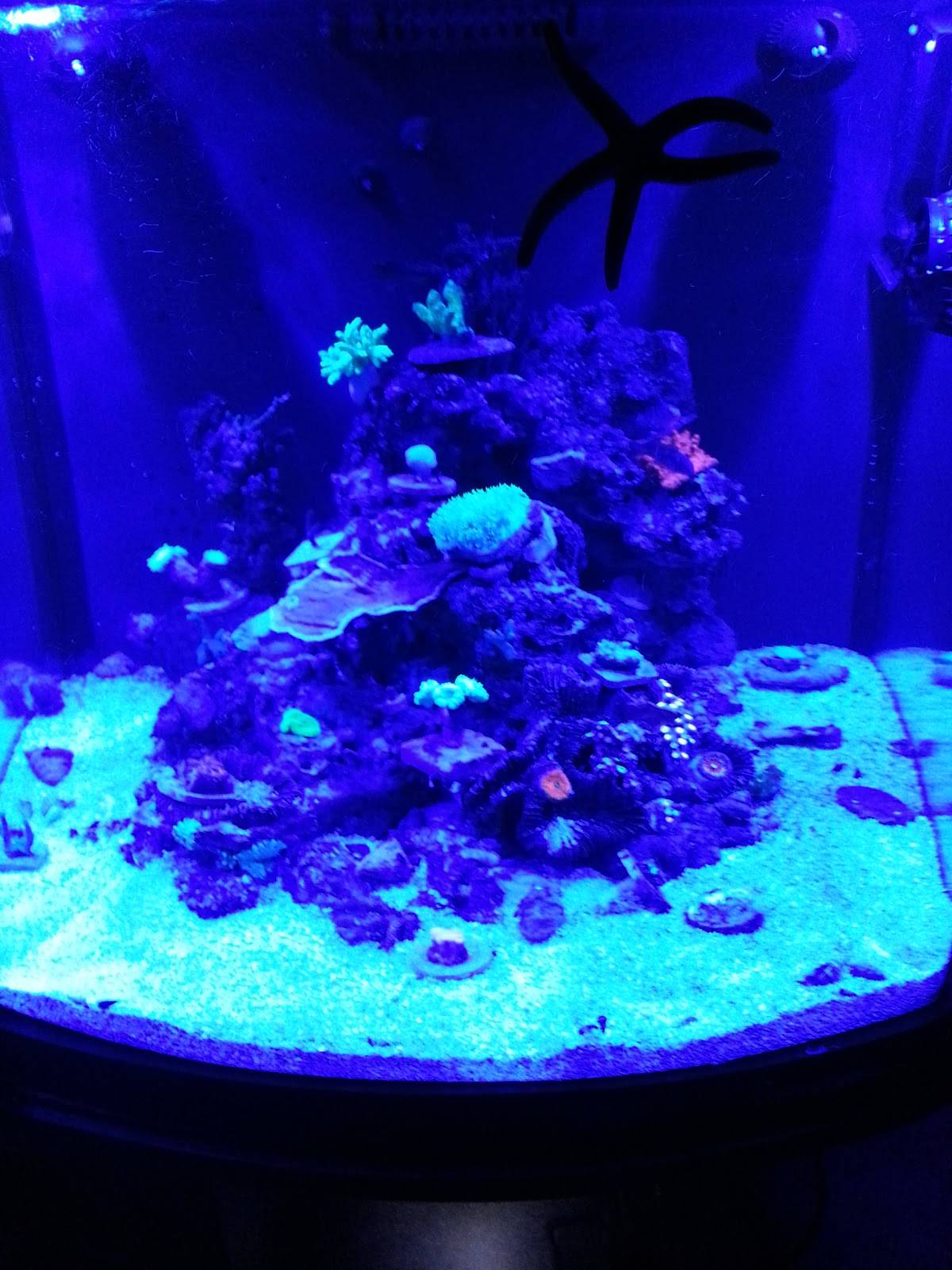 Actinic and Magenta Stunner Strip at 10% 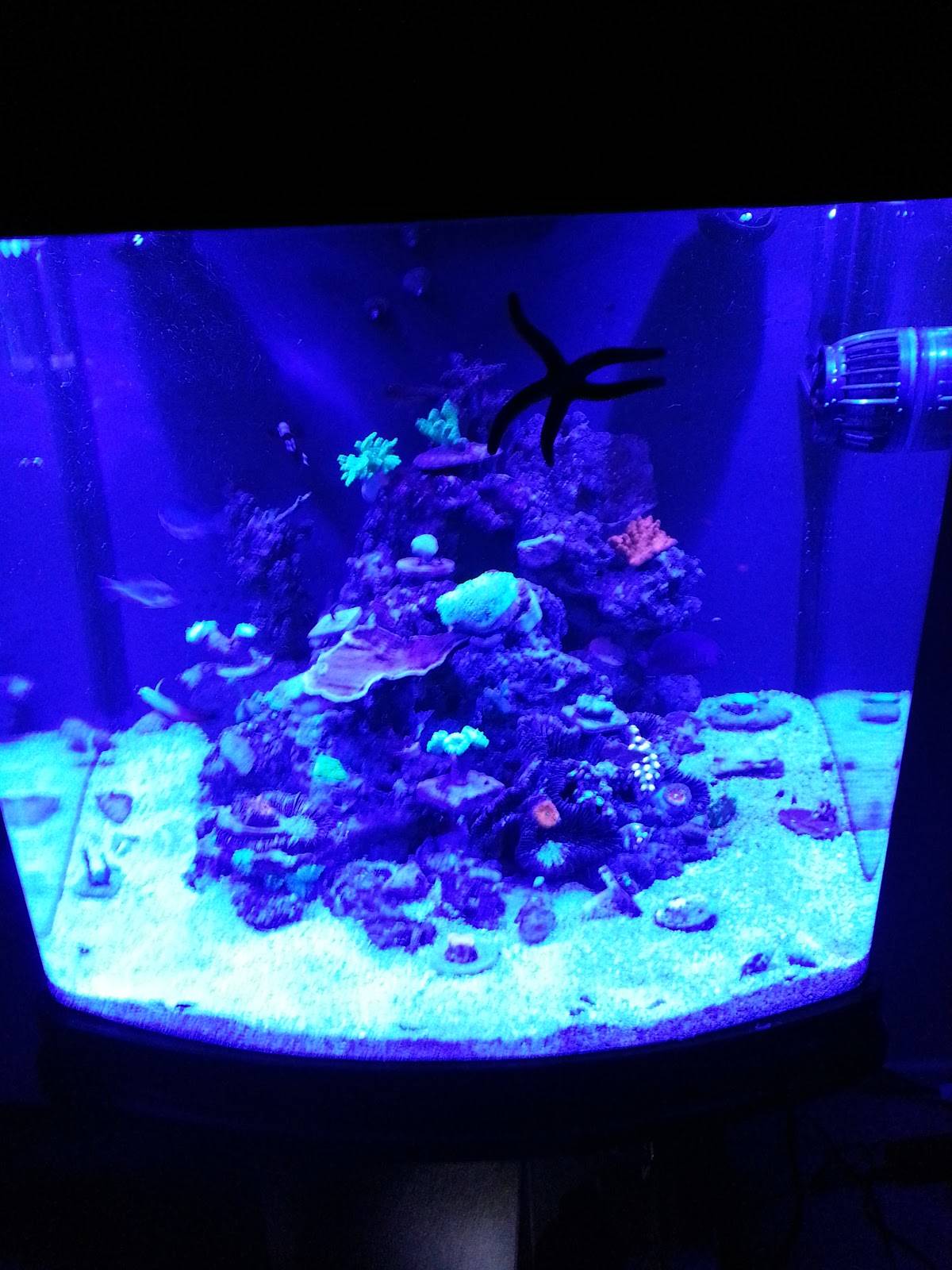 Actinic and Magenta at 20% 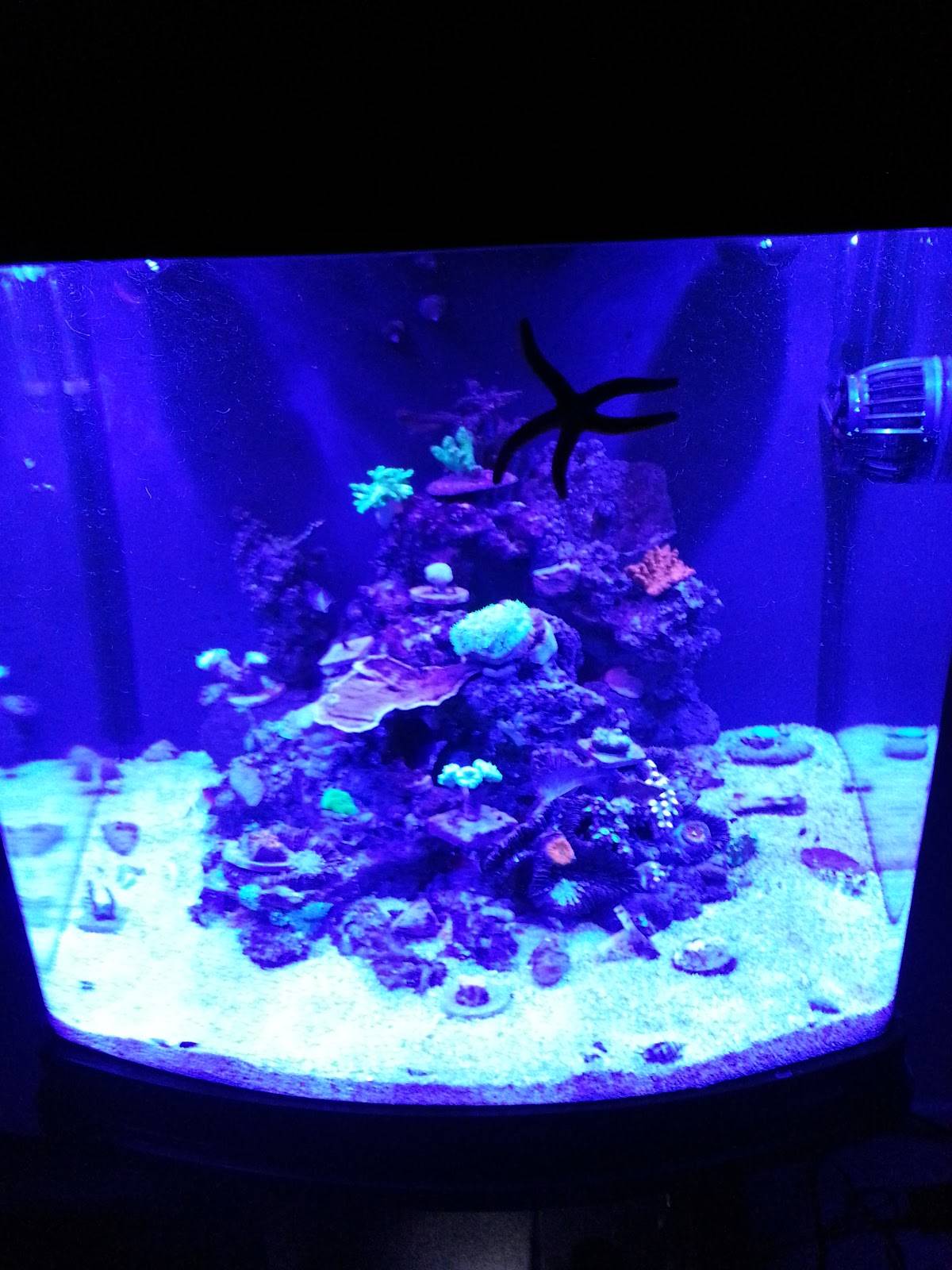 Actinic  and Magenta at 40% 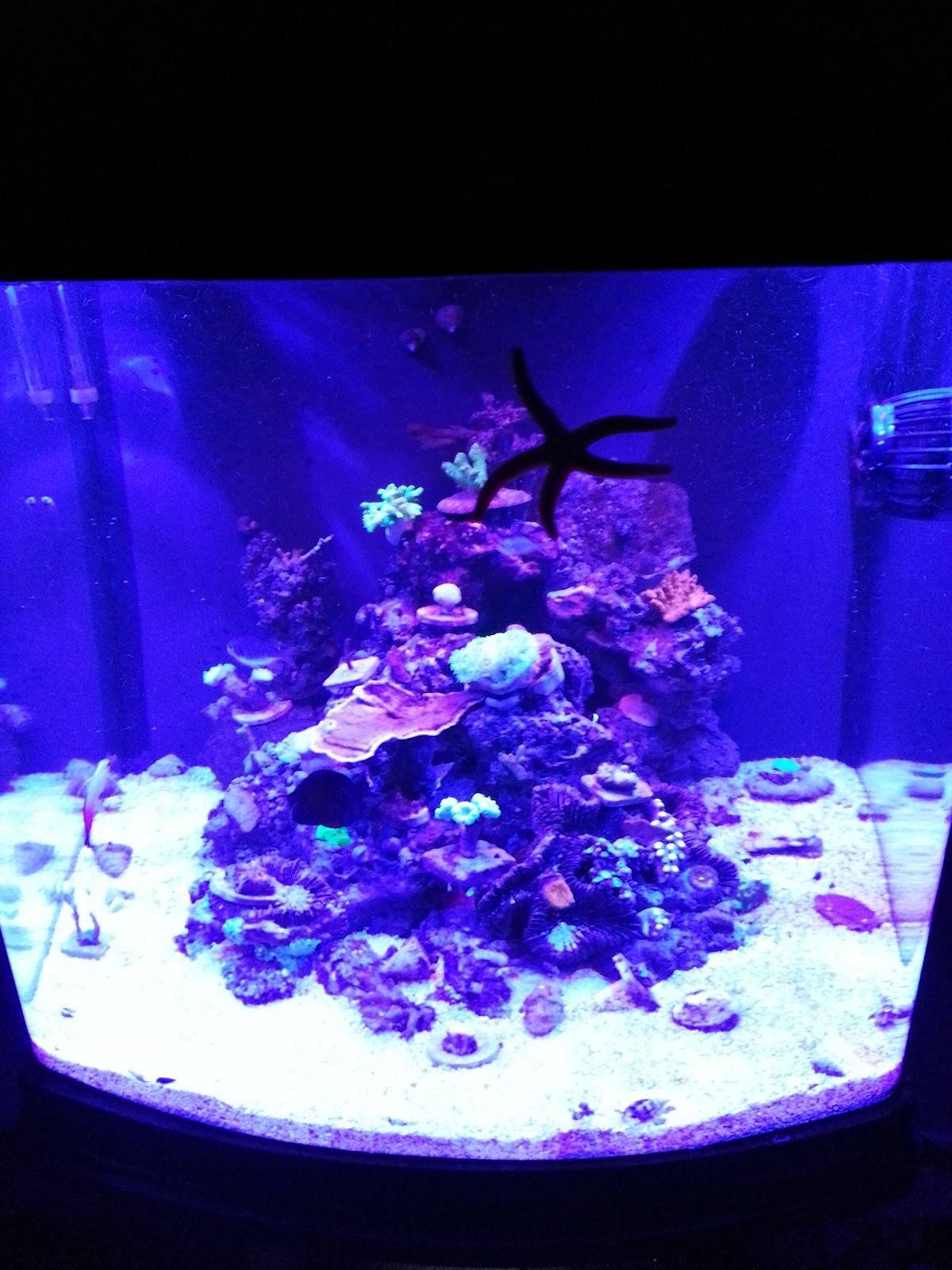 Actinic and Magenta at 60% 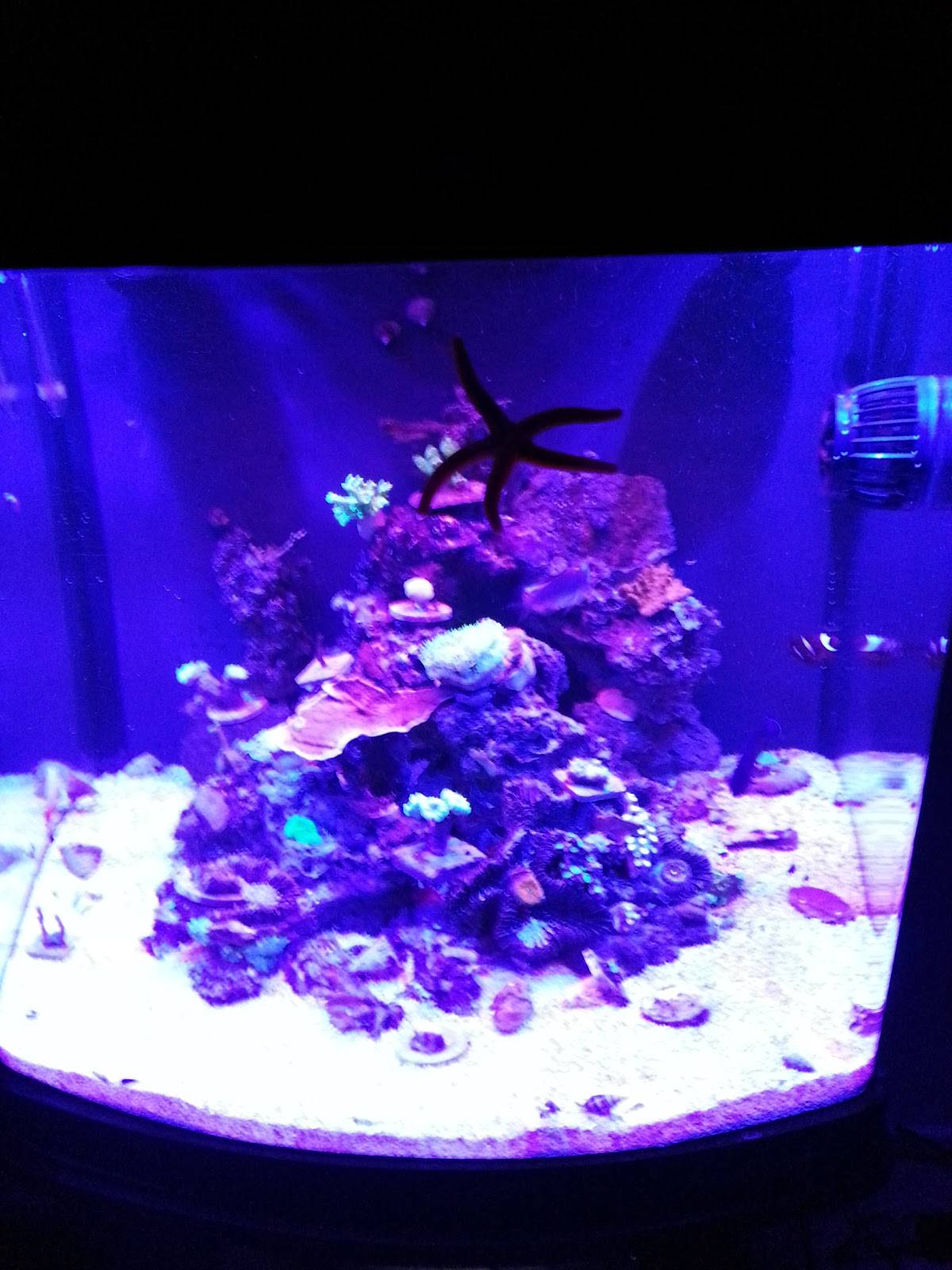 Actinic and Magenta at 80% 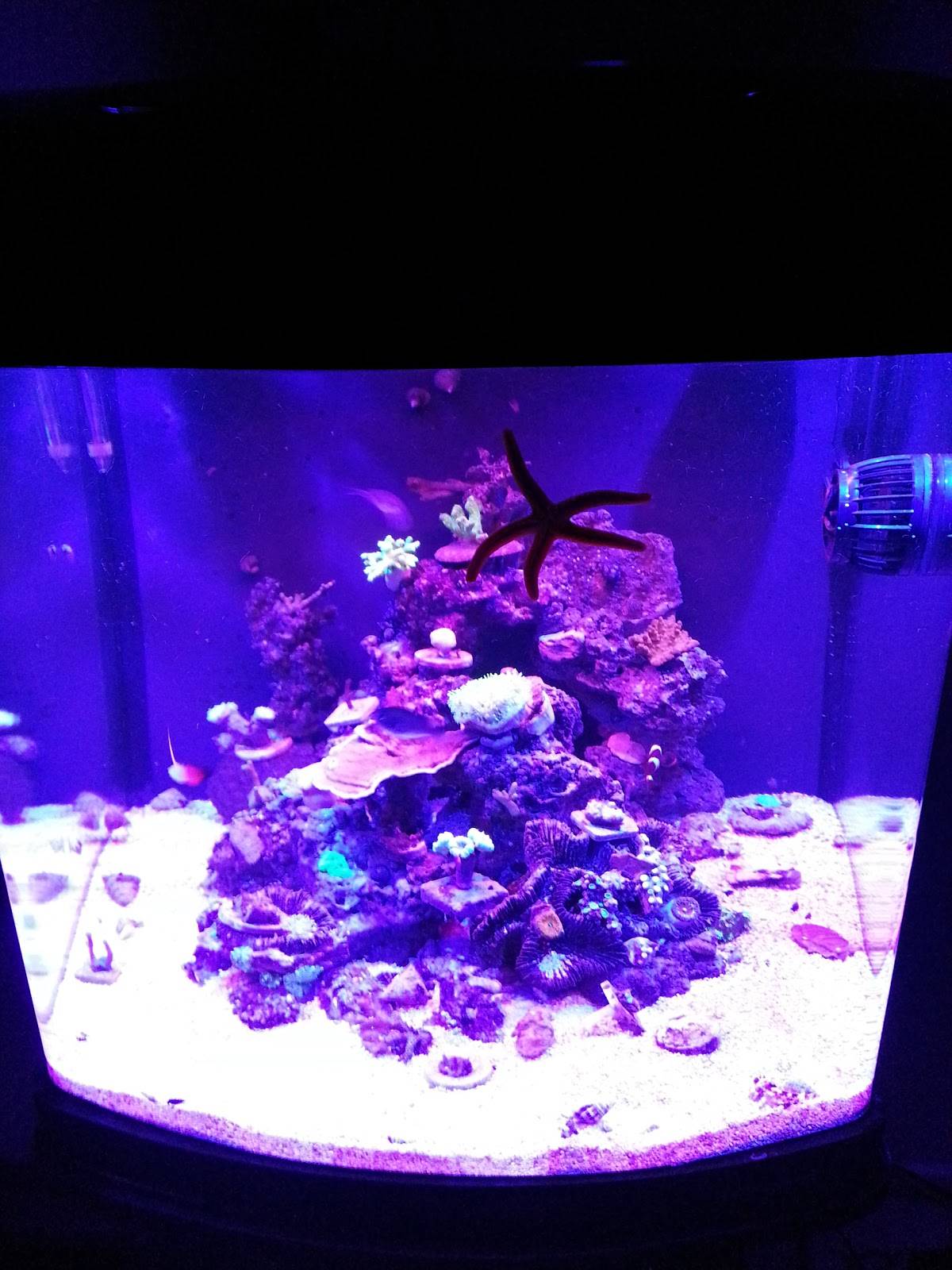 Actinic and Magenta at 100% 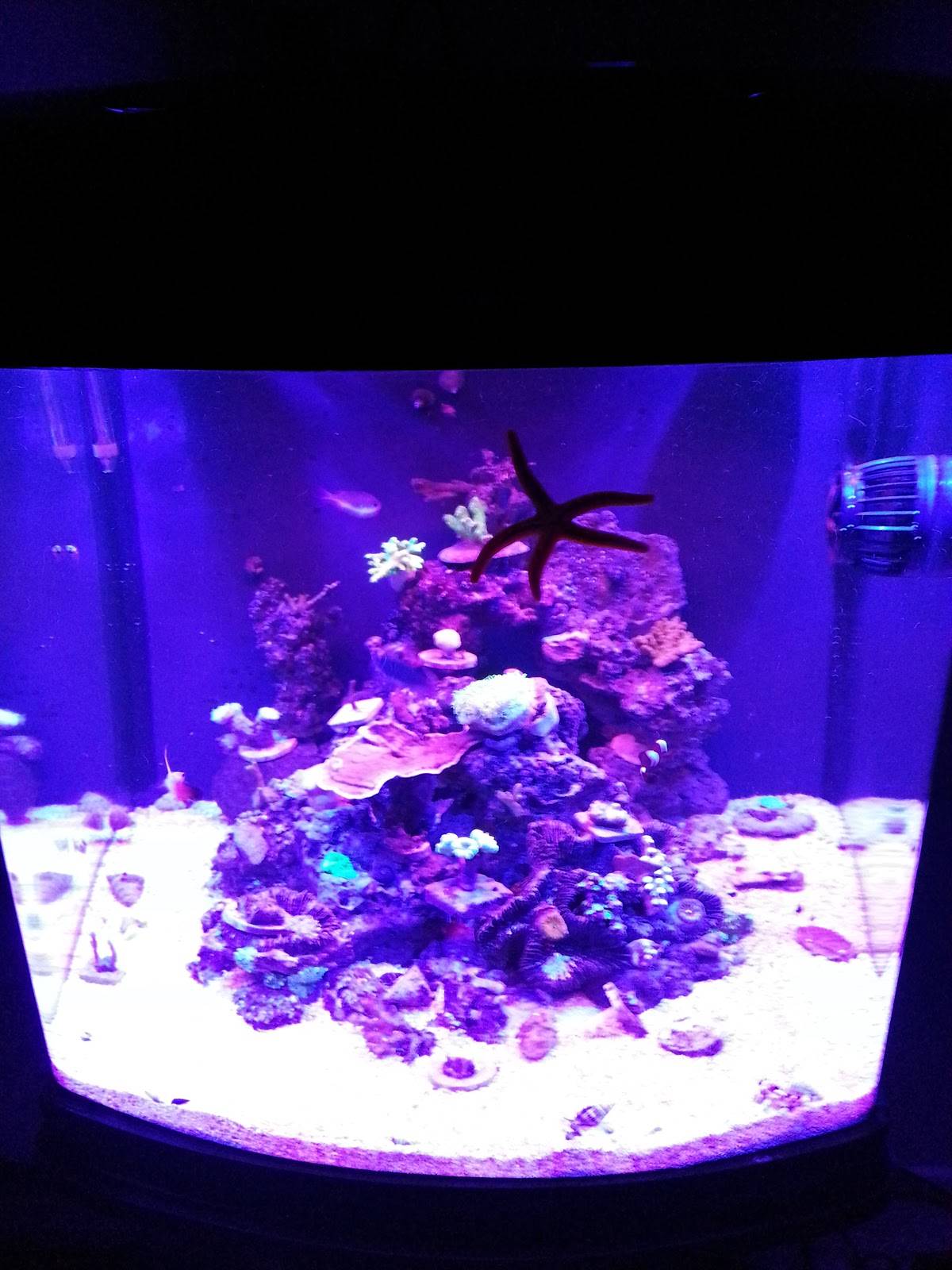 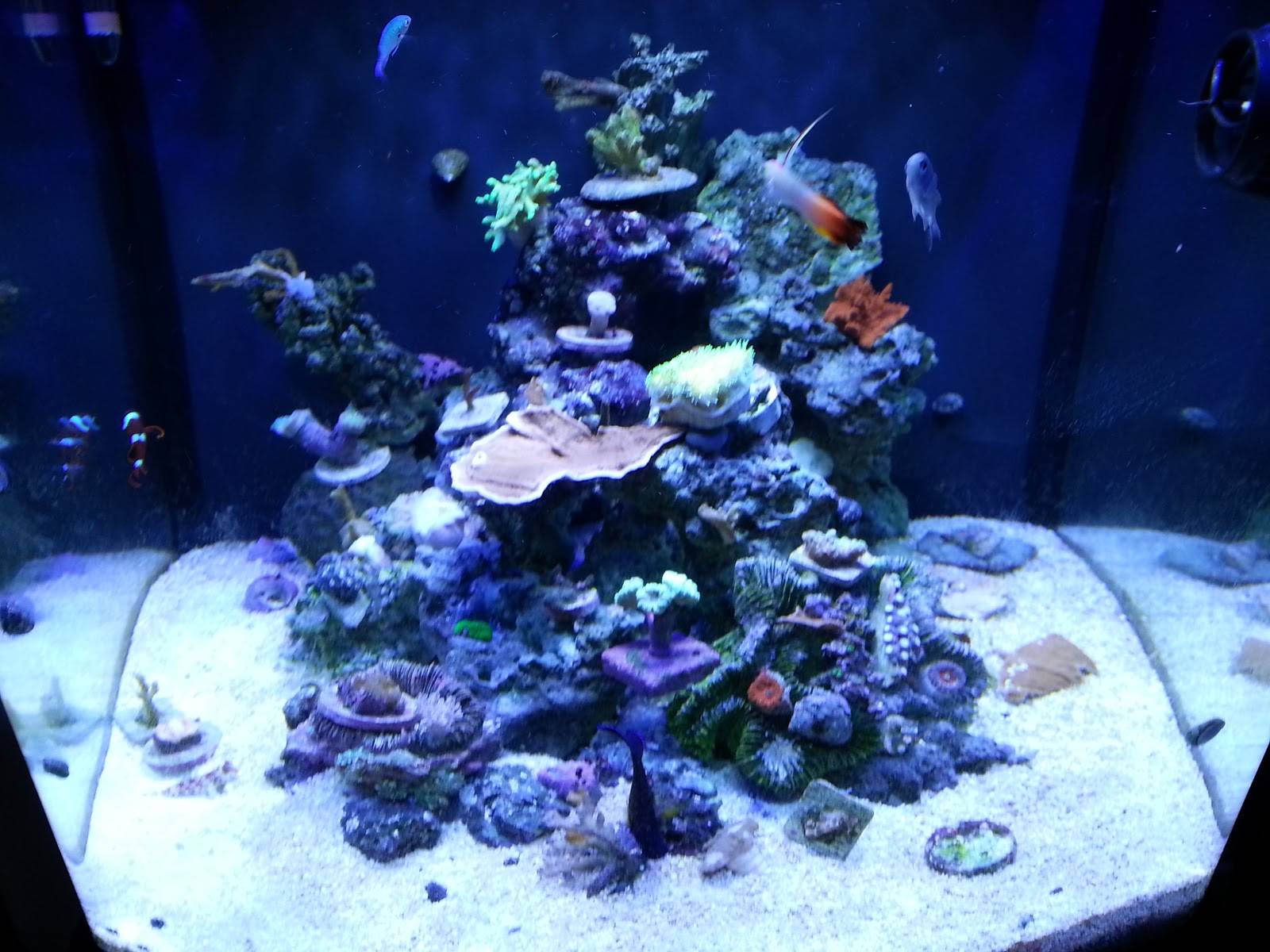