How to Identify White Spots on Saltwater Fish & When to Act - Fish Health Ep: 9

The first step to medicating and quarantining a saltwater aquarium fish is to properly identify fish diseases and parasites. This will not only help you to achieve the most effective treatment but also ensure you're not creating additional stress for the fish by putting it through a redundant preventative treatment.

One of the most common symptoms of fish disease is white spots which also happens to be the most commonly confused symptom. White spots on the skin and fins of your fish can be a sign of three different conditions, each of which is unique and may or may not require medication. 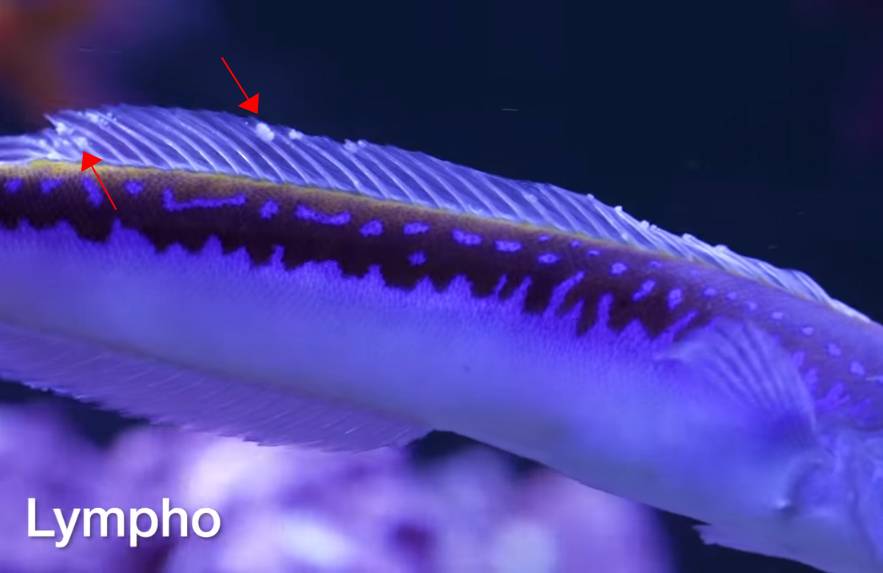 This is the easiest to differentiate and is actually somewhat harmless and doesn't require any special treatment. Sometimes called "cauliflower disease", Lymphocystis appears on the fins and skin of fish and is actually small masses of lymphatic tissue or pustules. The pustules can grow over time and while they can be the same size as Ich, they will typically grow large and appear lumpy. Lympho spots will eventually get picked off by cleaner shrimp or shed off the fish naturally.

Lympho is caused by a virus and there is no known treatment but the good news is that it is typically not deadly. It will eventually pass and the best approach is simply to maintain optimal water quality and avoid stressors. 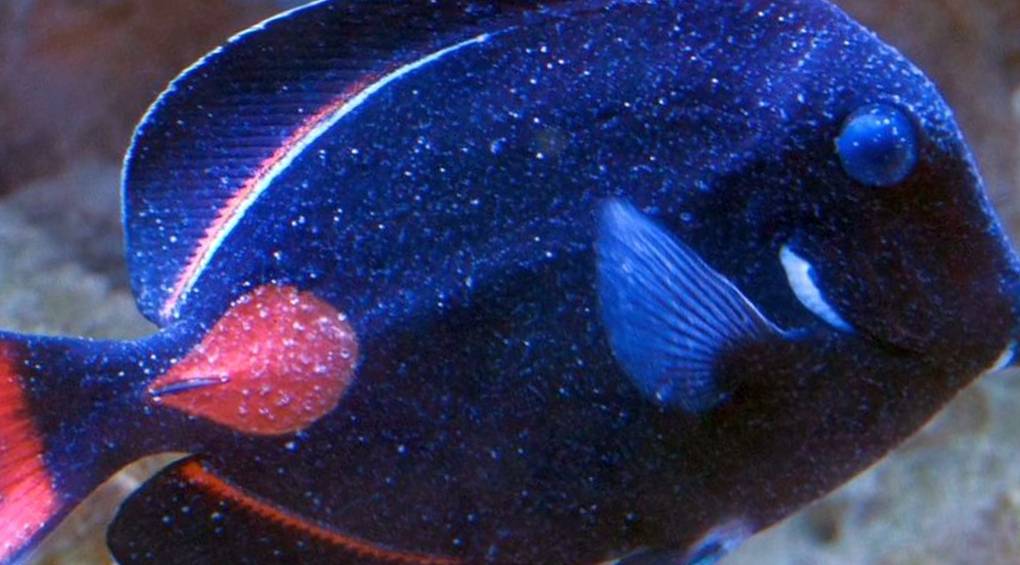 Velvet is much more of a threat to your aquarium fish and will appear as fine white particles that cover the skin and fins of the fish.  It has a dust-like appearance like a coating of powdered sugar and is often more abundant than the Ich spots. If the spots are too numerous to count, it is likely velvet and not Ich.

Velvet is caused by a dinoflagellate parasite that moves extraordinarily fast. One of the key indicators of a velvet infection is multiple deaths that appear to be abrupt. Fish may die without ever showing physical signs and if the white powder shows up, the infection is in the advanced stages and treatment should be pursued immediately for all of the fish that share the infected aquarium. It's most common in brand new fish and generally doesn't show up in mature or seasoned aquariums unless new fish are being added. 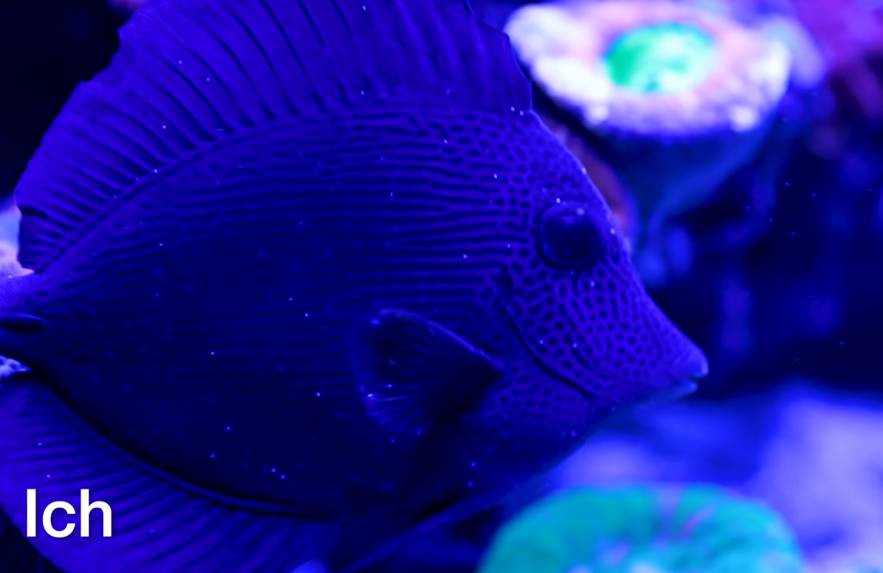 Marine Ich is also caused by a parasite and shows up as white spots on the skin of the fish that are about the size of a grain of salt. The white spots are only a short part of the lifecycle of the Ich parasite and once those symptoms show up, they will typically fall off the fish within 48 hours.  Ich can be effectively managed and treatment should be pursued for all of the fish that share an infected aquarium.

Ich and Marine Velvet are two different parasites with somewhat similar lifecycles that involve a free-floating stage which is why they can both spread from fish to fish. Marine Velvet is much faster moving compared to Ich and is quite deadly, fish can die within just a couple of days and sometime won't even show any symptoms. If multiple deaths have occurred abruptly, it's likely Marine Velvet. Ich has a longer lifecycle and will typically cause a slow decline over a few weeks if treatment is not pursued. 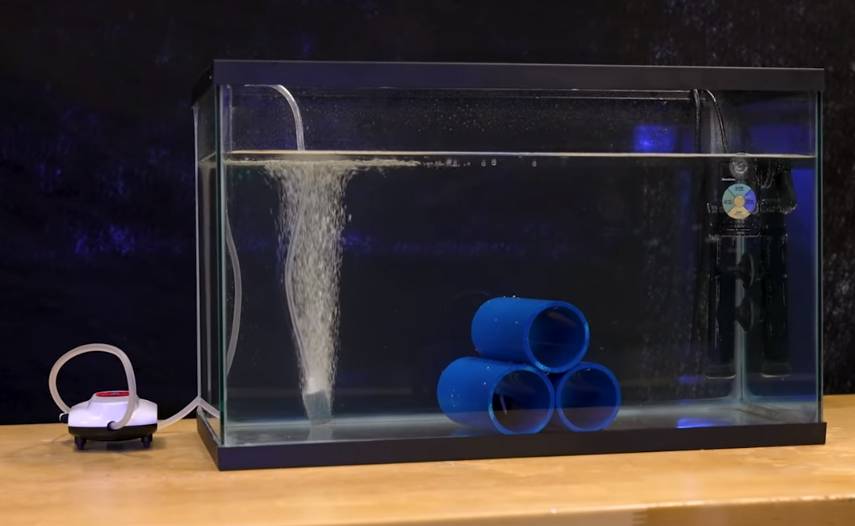 The white spots caused by Ich are larger compared to velvet but not as large as Lympho; velvet is like a layer of dust whereas Ich is like sprinkles. Ich spots fall off the fish pretty quickly, inside of 48 hours, while velvet spots will usually cause death within 48 hours. Lympho will stick around for a few weeks but will eventually go away and is not a major threat.

Ich can appear in mature tanks, seemingly out of nowhere, even if new fish have not recently been added. Healthy fish can survive Ich infestations and the populations of the parasite can be managed with UV sterilization and good water quality. Velvet on the other hand is really only encountered on new fish because once it is in your tank, it is quite deadly and cannot really be managed without proper quarantine protocols. 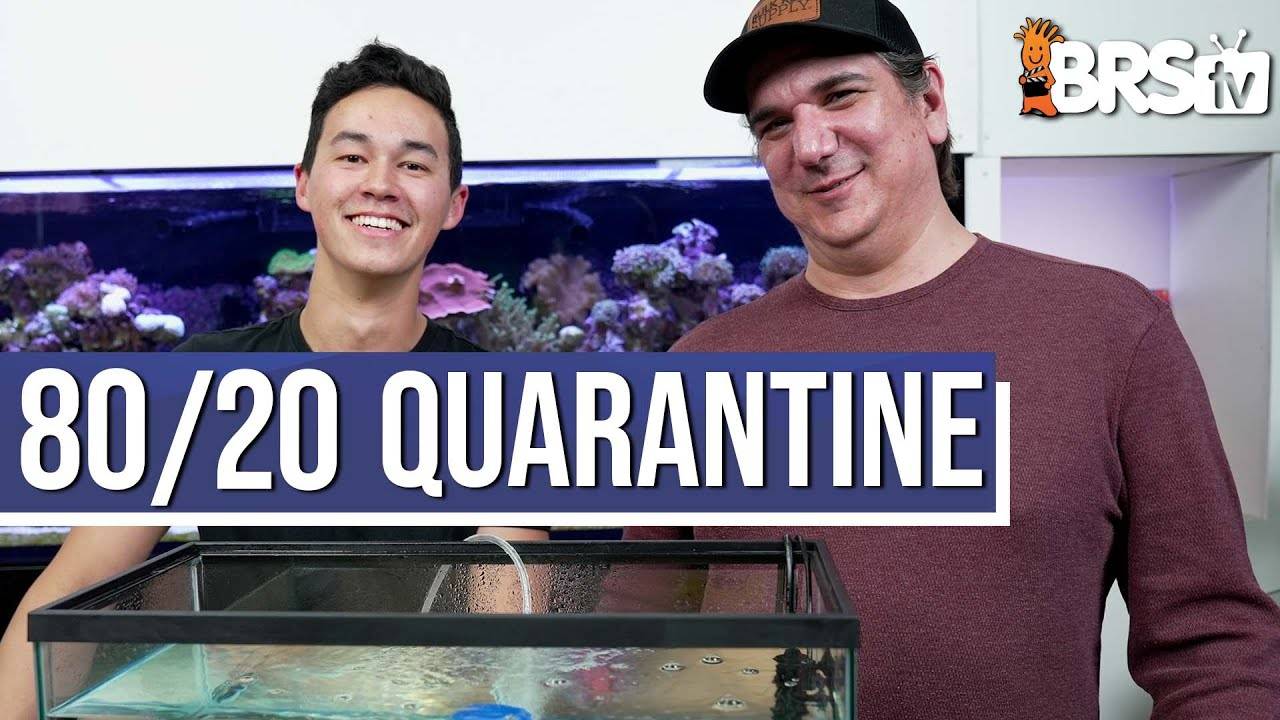 How To Quarantine & Steps to Knock Out Ich and Marine Velvet - Fish Health Ep: 6

If you are still not sure, sometimes you just have to make an educated guess. The good news is that the treatment for both Ich and Velvet is the same as described in our 80/20 Quarantine process but it does require tearing down your display, removing all the fish, and treating them in a quarantine tank. The downside here is the risk of putting your fish through a major stress event (quarantine) if it is not necessarily required.

Ultimately, following the 80/20 quarantine protocol for ALL of the fish going into your display will be the best way to avoid encountering these "white spots" in your saltwater aquarium.