DIY protein skimmer test you can do at home! Dry vs. Wet skimming? | BRStv Investigates

For anyone who wants the best performance out of their protein skimmer, this is the BRStv Investigates episode for you. Randy has gathered all that we have learned through the recent protein skimmer tests to finally answer that age old, highly debated question “Which is better, wet or dry skimmate?”.


In order to answer that, we came up with an easy test that you can reproduce at home that will give you a solid indication of which approach (wet, dry, or somewhere in the middle) is pulling the most waste from your aquarium. Every tank is different and what this means is you will now have the ability to tune your skimmer’s air draw in such a way that is ideal for your tank and bioload based on the amount of waste being removed.

During our last experiment on the BRS 750 XXL we confirmed that lower air draw speeds produce drier thicker skimmate foam while faster air draw created a more wet and watery skimmate. We took this to the next level and collected all of the organic waste or “skimmate” that the Regal 200EXT Protein Skimmer removed in a 24 hour period with the recirculating air draw pump set to three different speeds. Using the DC pump controller settings of 1, 3, and 5 the air draw worked out to be approximately 440, 810 and 1,080 liters per hour (LPH) respectively. 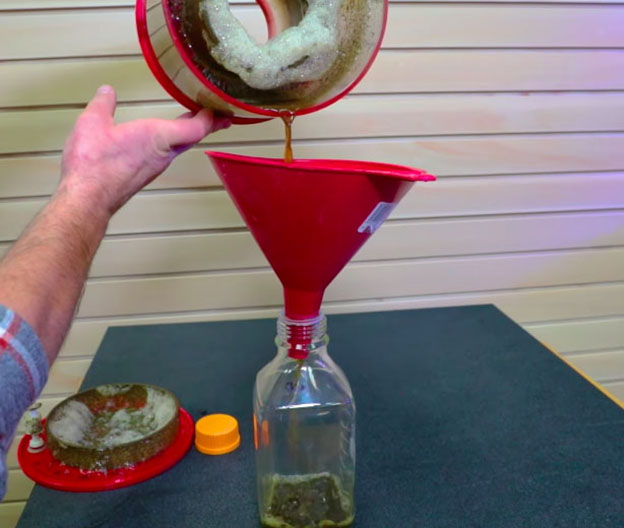 After we collected our three samples, we mixed each one with enough RO/DI water to create a 1 Liter sample and then compared them visually. The idea is a more turbid sample, harder to see through, will be more organically rich.


Keep in mind our intent is not to publish a peer-reviewed scientific study because you cannot perform an experiment or test like that at home. Our goal is more along the lines of giving you a quick and practical method of testing your skimmers performance to easily find the balance of air and water that is best for you.

Using specialized lighting equipment available to us in our BRStv studio, we were able to place concentrated light behind each 1-liter skimmate sample. We arranged those samples with the lowest air draw speed-1 on the left, middle air draw speed-3 in the center and highest air draw speed-5 on the right.

Although the skimmate collected at speed-3 and speed-5 are a bit close in color or turbidity, it looks as though the middle of the road air speed-3 is slightly more concentrated than the other two.

It is pretty clear air draw speed-1 seemed to collect the least amount of organics since it lets the most light through.


So, we could stop here and draw some conclusions about what we’re seeing, but we really want to give all of you the tools you need to accomplish this at home. Since not many of you will have access to scientific glass bottles and high powered lighting, we took it one step further. 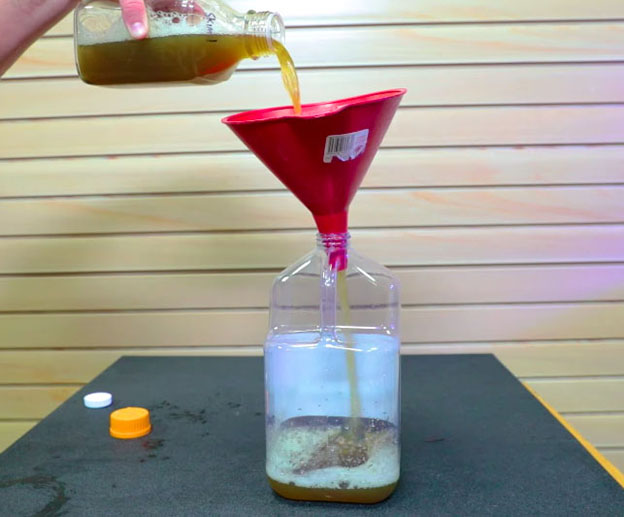 We diluted the skimmate samples even further into 1-gallon clear Mr. Chili mixing jugs and placed them on a window sill. Using the sun from outside (which provides evenly diffused light for free!), we compared the results again.

We can clearly see three distinctly different levels of turbidity between the three and this time the consistency between air draw speeds 3 and 5 are far more discernable to our eye.


Being the middle speed setting 3 provided the most organically rich skimmate sample, the notion that more air and more horsepower equals better performance is simply not true. It is about finding a balance of air and water that will give you the most waste removal. 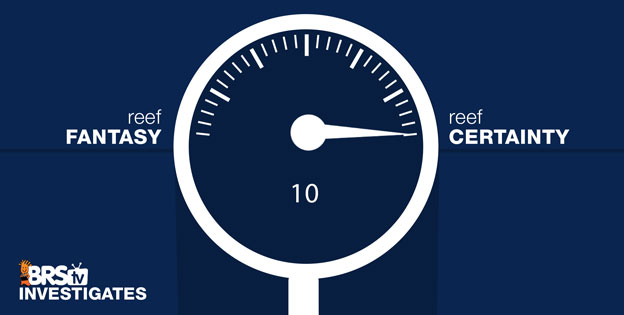 Can you measure which skimming approach, wet or dry, removes the most organics from your tank?

We are giving this an overwhelming 10 out of 10 on the Reef Certainty Scale. With just a few clear mixing containers and some sunlight, you can easily get a compelling visual indication of which settings are going to work best for you and your tank.

With this test, we can effectively eliminate some of the frustrating issues like overflowing collection cups or lack of collection by choosing the right settings for consistent performance. It really isn’t about which protein skimmer is best, rather what tuning method is best for your specific tank and bioload.


For instance, even if the speed setting 3 and 5 turned out to be the exact same, the thicker foam and lower air velocity of speed 3 was actually much easier to tune and manage using the outlet pipe. 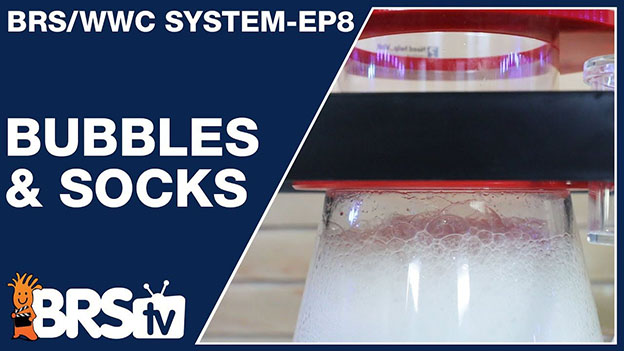 Want to learn more about dialing in your mechanical filtration to create stable filtration and ultimately a cleaner, healthier tank? Check out Episode 8 of the BRS/WWC Hybrid series in which Ryan dives deep into how these methods of filtration, done properly, will benefit your tank.