There is a big selection of different two part calcium and alkalinity additives and some are actually three and even four part systems although we still refer to them as “2 part solution”. This is because they are all designed to add calcium and alkalinity to your tank on a daily basis to replace what the corals consumed.

The most important differences among them is how much they cost and if/how they approach the addition of trace elements in conjunction with calcium and alkalinity. 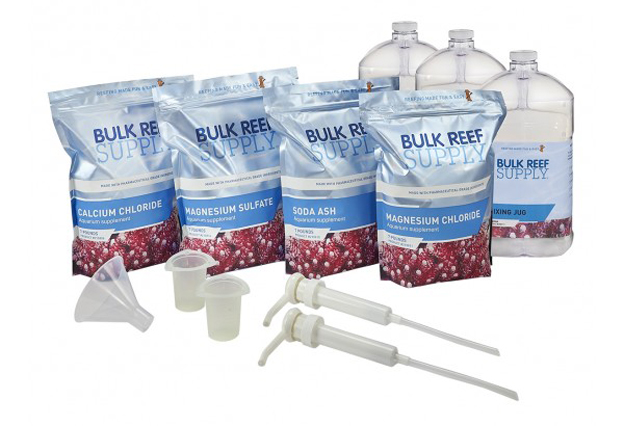 Using the lowest cost option that works first helps create a baseline. If you decide to switch later, you can easily determine if the change was worth your time and money. 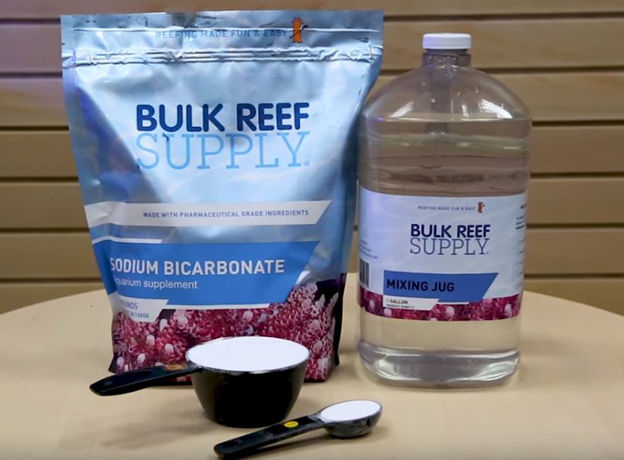 Mixing is easy and is done by adding RO/DI water to the appropriate amount of dry material to make a gallon of solution and shaking to dissolve. The solution is intended to be added each day by hand or with the use of an automated dosing system.

A word about trace elements - BRS 2-part makes no attempt at managing trace elements and we get asked constantly if trace elements are required for a reef tank. The answer is NO, just based on the sheer volume of successful reefers who manage calcium and alkalinity with either 2-part or kalkwasser, both of which do not manage trace elements to any great degree.

You can absolutely maintain a successful reef tank without spending much time worrying about trace elements.

That said, “Required” is a very strong word and there are certainly some excellent benefits that come with maintaining trace elements. There are all kinds of claims related to growth, metabolic functions and general health but the majority of proven claims associated with trace elements are specific coloration improvements among stony corals. 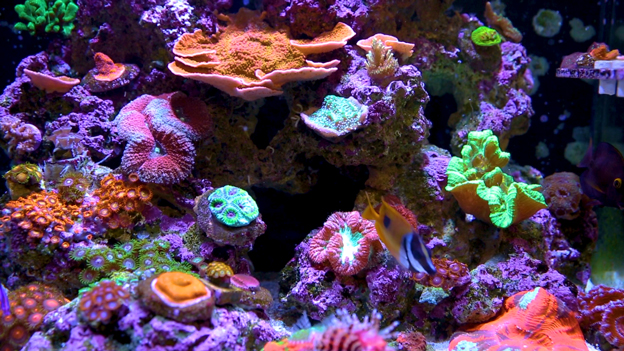 So our advice to you is if you are achieving the coloration you want without mucking around with trace elements, there is no reason to fix what is not broken. If you are looking for ways to improve coloration, maintaining trace elements should be your first course of action. 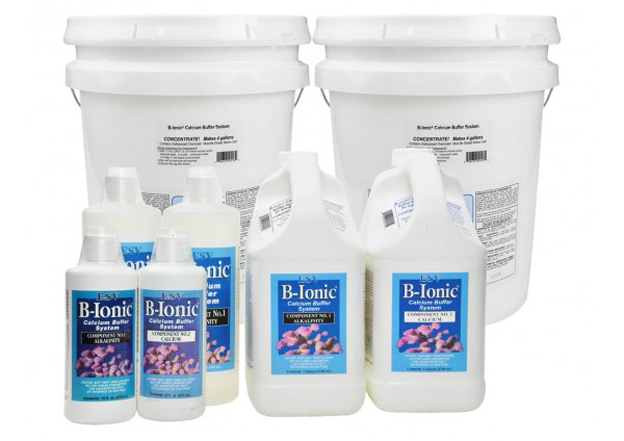 One of the oldest 2 parts around and time tested by a seemingly unlimited number of reefers. It comes in two jugs with trace elements already mixed in which is super convenient and likely one of the lowest cost methods of adding trace elements. There is almost no risk of overdosing and no requirement for testing trace elements when you follow the system directions.

If your looking to supplement trace elements but not interested in spending more money and effort, E.S.V. B-Ionic is easily your best option. 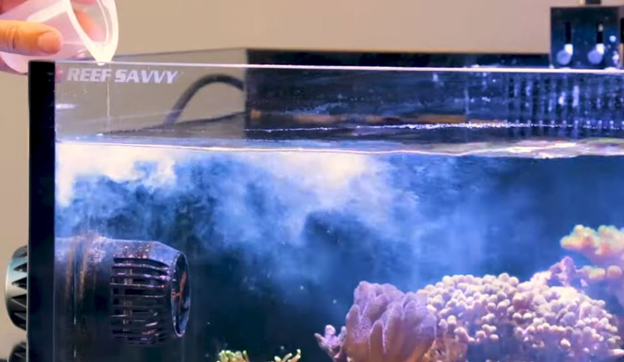 The one downside to a two part system like this is that mixing trace elements into two different solutions has its limitations. There are simply some elements you can’t add without disrupting the chemistry and causing precipitation.

This is why you see the three and four part additives which are the best for a complete holistic approach to reef aquarium supplementation. Many of these systems not only address major, minor and trace elements but also have additional products for coral nutrition and water quality. 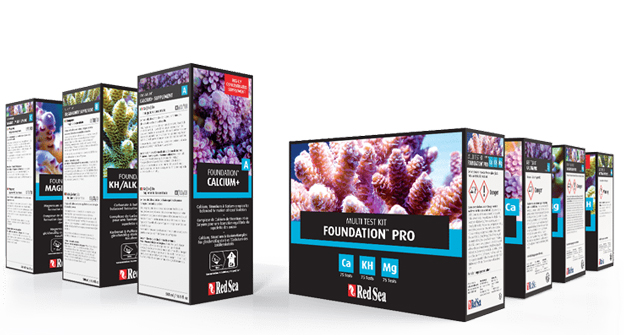 The major elements of calcium, alkalinity and magnesium are dosed using the three part system called Reef Foundation Elements. They have done a ton of research and outlined 5 different Reef Care Recipes which are sets of parameters to maintain based on your tank type and then specific dosage amounts for each. 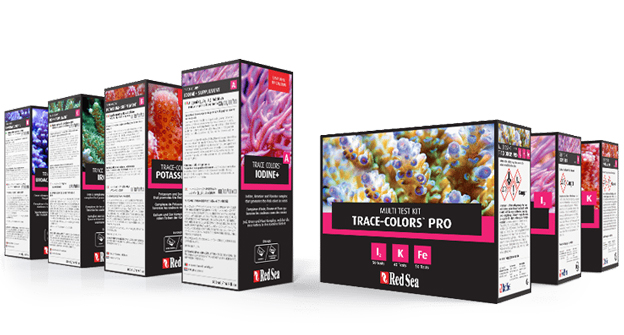 For the trace elements, there are four additional bottles labeled A, B, C and D which maintain 31 trace and minor elements. Putting them in separate bottles like this solves all the precipitation issues associated with trying to mix them in with your 2 part directly.

As part of the “holistic” approach, Red Sea also offers a coral nutrition program called Reef Energy that comes in two bottles and contains Amino Acids, Carbohydrates and Vitamins to cover all of the energy needs of your corals.

Red Sea took an extra step and also created an Algae Management program which relies on a carbon dosing supplement called NoPox which biologically reduces nitrate and phosphates by boosting bacteria populations. All components of the Red Sea Reef Care Program are then monitored with a full line of high quality test kits. 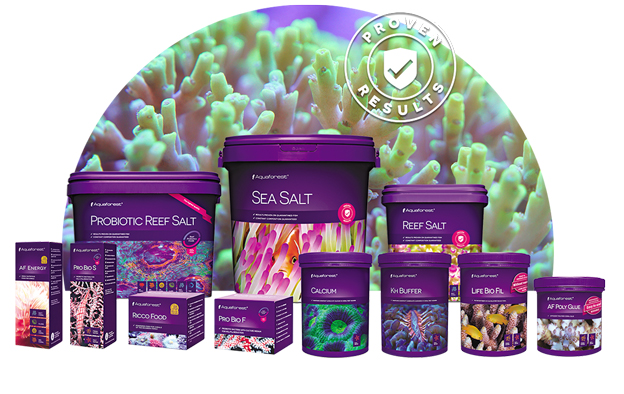 AquaForest is very similar to Red Sea in that they offer a holistic system of additives from complete water chemistry control. What’s nice about their approach is that they have broken up the instructions with very distinct advice and dosage instructions based on your actual tank.

The fish only approach is pretty basic involving weekly water changes using their high quality salt mix along with some nutritional supplements for your fish.

The soft corals and LPS system adds the 3 part calcium, magnesium and alkalinity solutions along with coral nutrition elements.

For a mixed reef with LPS and more forgiving SPS corals Aquaforest incorporates some additional trace elements into the mix as well as particulate foods for filter feeding corals and inverts.

Lastly, for SPS dominant aquariums they have dubbed the AF Probiotic method because of the addition of probiotics for nitrate and phosphate control. The low nutrient approach improves coloration among the most demanding SPS corals and pretty much requires all of the AF brand supplements added to the aquarium on a regular basis. 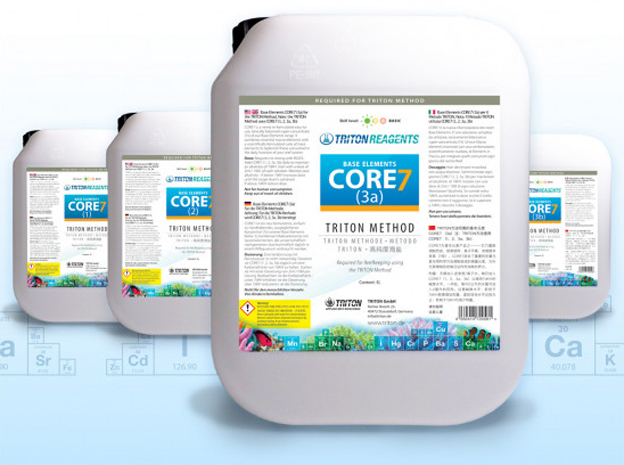 Triton is a bit different in a few ways and is the best system for replicating natural sea water. There is still a lot of mystery behind reefing, specifically the role of trace elements. One thing we know for sure works, without a doubt, is ocean water parameters these corals evolved to live in.

Every brand of reef additive claims the perfect addition of all major, minor and trace elements in the exact ratio of natural seawater, however, since historically there were no worthwhile test kits to really confirm this, Triton changed that methodology with the application of regular ICP water testing.

More or less Triton relies on 4 solutions with two alkalinity supplements, calcium and magnesium with different trace elements mixed into each of the formulas. Behind that, they offer mail-in ICP water testing for a lab grade analysis of your aquarium water and all of the various elements required by corals along with testing for many possible contaminants.

This is beneficial because every tank is different, some tanks will use more trace elements than others because different corals consume things differently. Once you can identify trends in your tank via the accurate water testing, the Triton line of single trace and minor element additives can be used to maintain the parameters that your tank needs.

Triton is certainly not the lowest cost option but represents the evolution of reefing and an approach that makes the most sense. Daily dosing designed to mimic natural seawater and a method for testing and correcting individual parameters when things get out of balance.

Triton also has a unique approach to nutrient control because the system is based on NEVER DOING WATER CHANGES!

Water changes serve two major roles, maintaining water parameters and nutrient export. Triton has the elements under control with their complete line of additives and for nutrient control, they instruct us to use large refugiums. 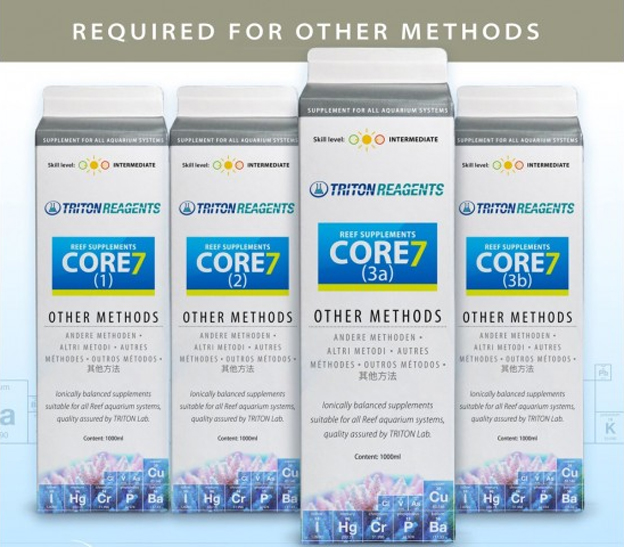 If you don't mind spending a few extra bucks on the Triton 4 part system, are willing to send off the regular ICP water tests to maintain parameters based on those test results along with maintaining a large refugium, Triton is a system that will certainly produce excellent results.

View Playlist: All videos about Additives

Recent Posts
Keep Reef Tank Nutrients in Check With an Algae Turf Scrubber
AquaIllumination Blade LED Lights - The Most Versatile and Cost-Effective LED Strips We Have Ever Seen
A Buyer's Guide to AquaIllumination Reef Tank Lighting and Powerheads
It’s Not a Fact but I Believe It! When the Cameras Are Off, the Council I Share With Fellow Reefers
Ecotech Marine Versa Dosing Pump - From Dosing Additives to Automatic Water Changes
AlgaeBarn’s Clean Chaeto - Reef Tank Nutrient Reduction WITHOUT the Pests!