Maxspect Jump skimmer is an Aeraqua Duo for half the price

The protein skimmer market is a saturated one and its hard to make a splash these days in a sea of brightly colored cone-shaped skimmers which work very well but are all pretty similar. Maxspect’s Aeraqua Duo did make a splash however, by redesigning the skimmer from the ground up and combining looks and great features with amazing performance.

With skimmers, it’s all about the amount of air they can produce, how small they can make the bubbles, and how long they can hold on to them before being harvested for their valuable protein coatings. Skimmers typically achieve this with a needle wheel impeller and venturi, a perforated plate inside the skimmer body, and a cone shape to concentrate the foam. This works well and you don’t really get a bad skimmer once you reach the $300 price point.

But what if you could have twice the bubbles from two needle wheels, with two venturis, pulling from two separate inlets and expelling through two separate outlets into the same skimmer body? The result is a foam party!

Maxspect did exactly that but didn’t stop there either, redesigning the level adjustment (which can be overcomplicated on some models,) and even the way the device is taken apart for maintenance. The really cool bit is the added static needles in front of each spinning needle wheel impeller to further smash up those bubbles into even tinier ones. Add wi-fi, internal recirc and some other stuff and the Aeraqua Duo was born, leaving many single impeller skimmer owners a bit jealous, and competing manufacturers wondering how they were going to top or even match such an offering in the future.

All those features did come with a $650 price tag, however, placing the skimmer out of reach for some and not strictly necessary for tanks under 100 gallons in volume, with its 300 gallon tank rating. Until now… 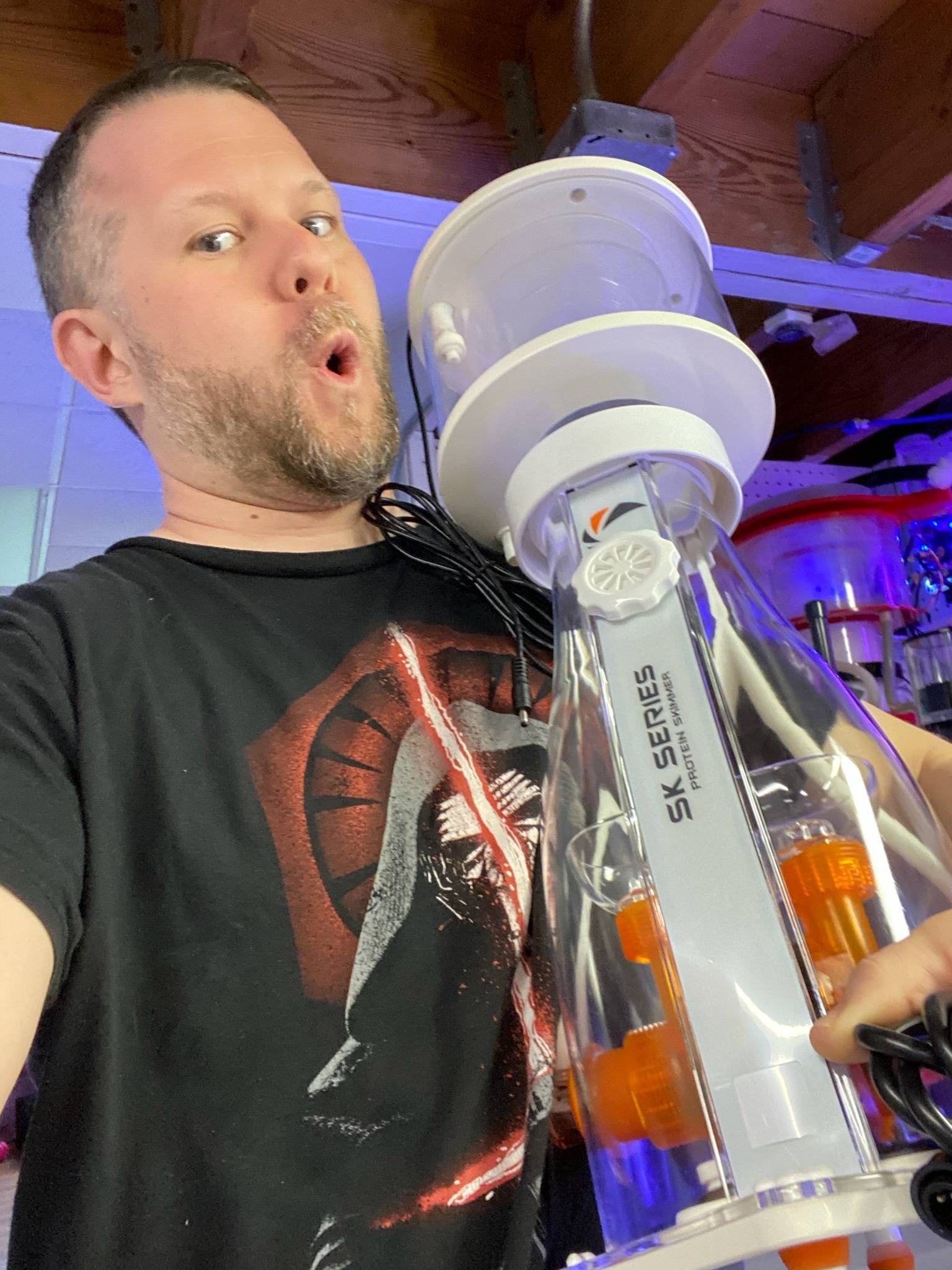 The Jump range is Maxspect’s more moderately priced but still great looking, feature-rich range. It comprises a DC return pump, stripped back gyre pump and now the new SK-400 skimmer with many of the groundbreaking features of the Aeraqua that you do need, minus a few that you don’t.

It looks like an Aeraqua with its twin pump and oval cone shape body only this time they’ve done it out in orange livery to match the rest of the Jump range and I think it’s one of the sexiest looking skimmers I’ve seen in a long time. The controller looks functional and although there is no wi-fi or app control, you don’t or won’t need it as you can set level height on the skimmer body, increase or decrease pump power with the controller, find the sweet spot, set it and forget it.

The unit itself is slightly smaller with an 8”x8” footprint versus the 10"x8” of the Aeraqua. Air intake is rated at a modest 600lph and its rated for high, medium and low bioload reef tanks of 100, 185 and 265 gallons respectively. The only other thing missing is the ability to use one of the pumps as an internal recirc. But the best thing about the Maxspect SK-400 is the price, which is still to be confirmed, but may be as low as half the price of the $650 Aeraqua. That’s a lot of skimmer for the money.

"The Aeraqua Duo is the most innovative protein skimmer to hit the market in years," said David D'Aquin, Chief Executive Officer for CoralVue, the longtime North American Distribution partner for Maxspect. "The slimmed and trimmed down MJ-SK400 performed better than advertised when we performance tested it. Social and search trends show high consumer interest. We predict reef aquarium hobbyists will JUMP at the chance to buy a skimmer of this calibre at a cost 50% less than its predecessor." 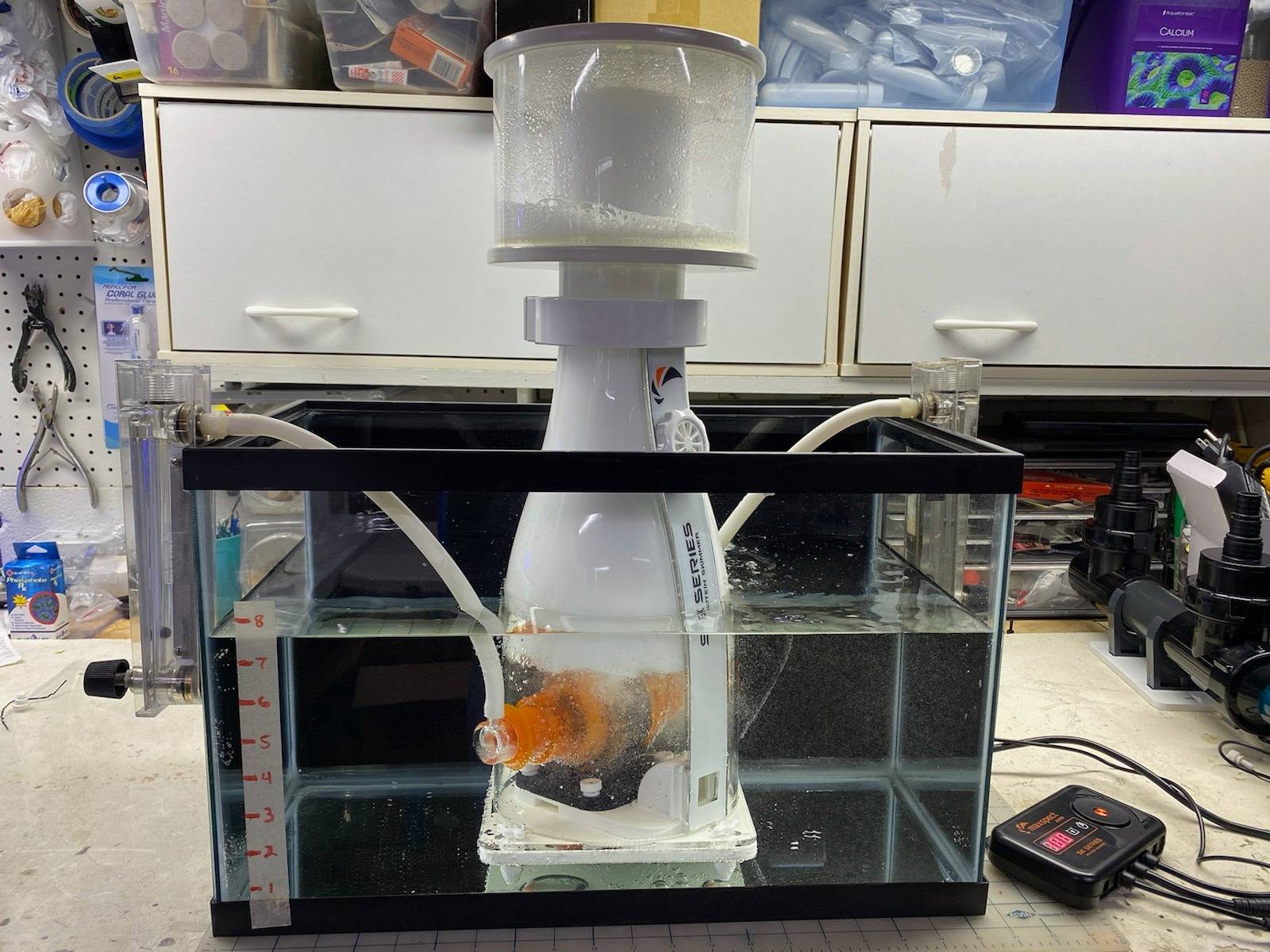