Crikey! 5 New Species From Australia Introduced to the Reef Hobby By Quality Marine

2018 has just begun and already we have good news for reefkeeping and marine conservation efforts.

Quality Marine, partnering with their partners in Australia, have introduced five new reef species to the reef hobby. These fish and corals are rarely seen in the hobby. Through careful, sustainable collection methods these species are being made available to the reefkeeping community not only for enjoyment but for study and captive breeding trials. Here’s the list of exciting new reef fish and corals coming to the US. 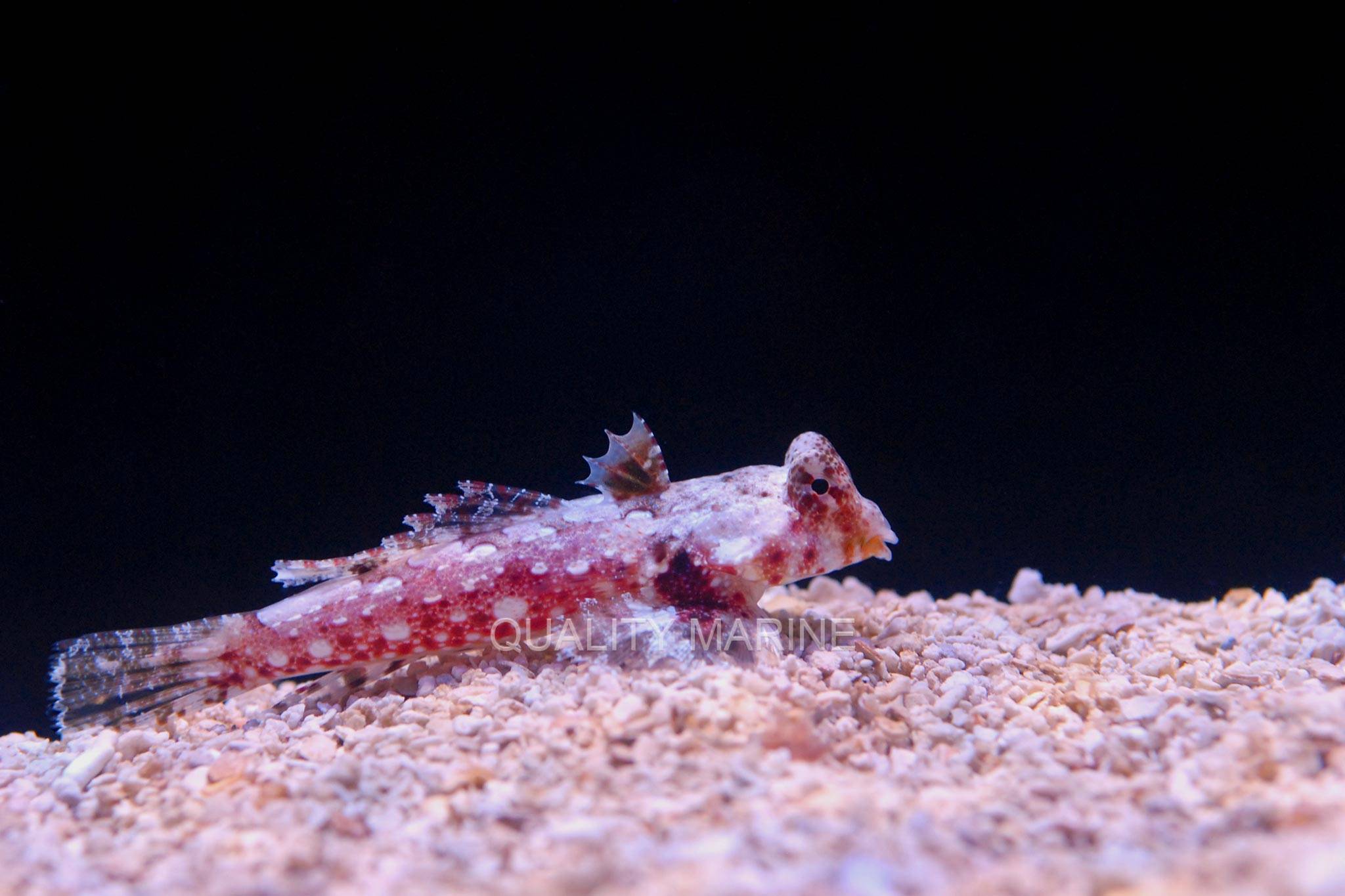 The Morrison’s Dragonet (Synchiropus morrisoni) is a tiny 3-inch dragonet. Its native habitat is algae-covered rock at depths around 30-40 feet. Morrison’s Dragonet has a beautiful mottled red camouflage that helps it blend in as it scoots along live rock looking for crustaceans and zooplankton. 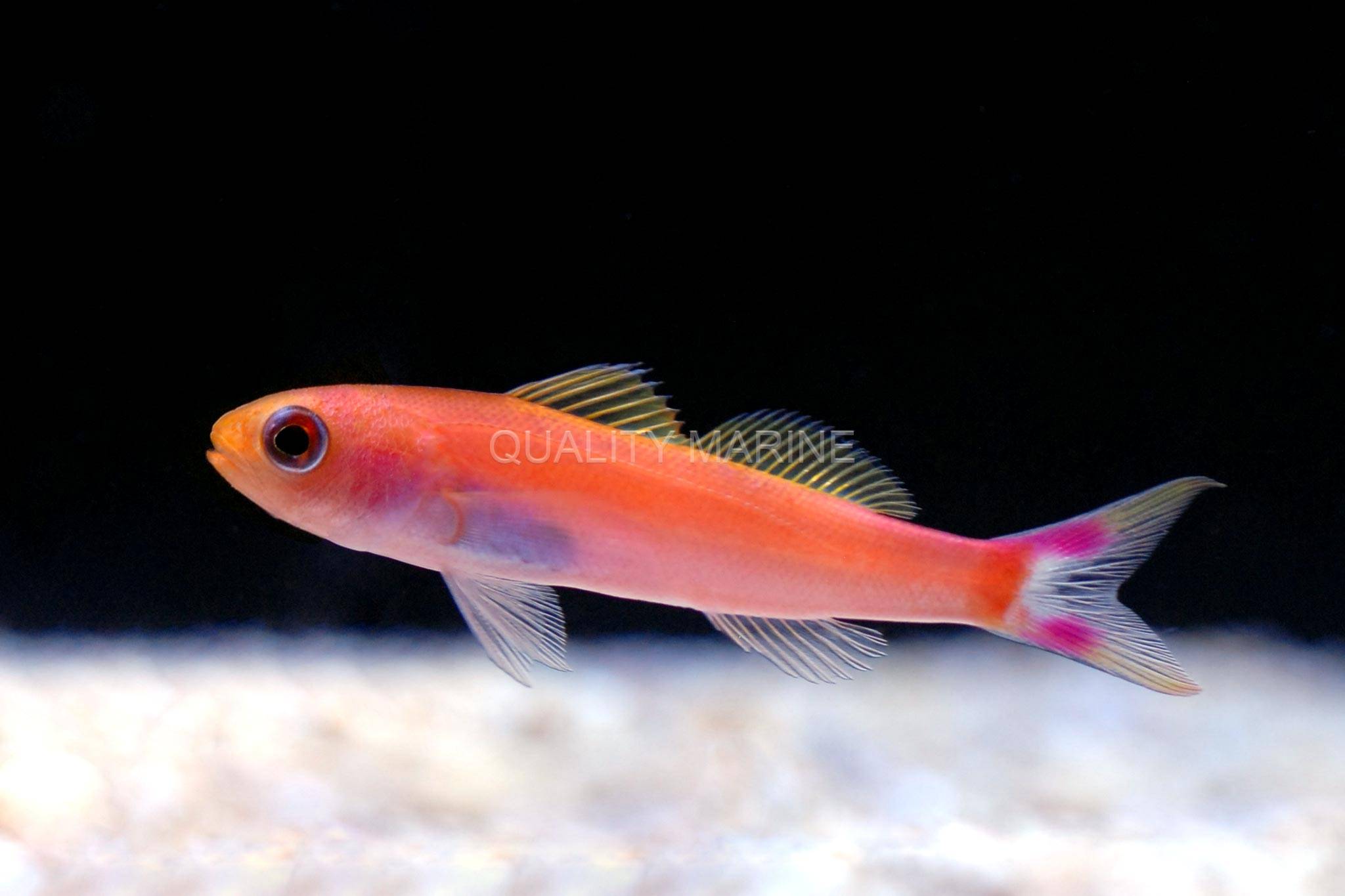 Discovered in 2015, the Slender Seaver Anthias (Luzonichthys seaver) is the seventh member of this genus of Anthias. Native to the reefs of Pohnpei Islands (Micronesia), the Slender Seaver is also known as the Splitfin Anthias due to the separation of the dorsal fin. The beautiful pink and yellow coloration is due to scales having yellow margins with pink centers, shades of salmon, bright yellow and vibrant pinks. Not much is known about the Slender Seaver but reef aquarists are sure to discover the fish’s favorite foods and aquarium habitat. 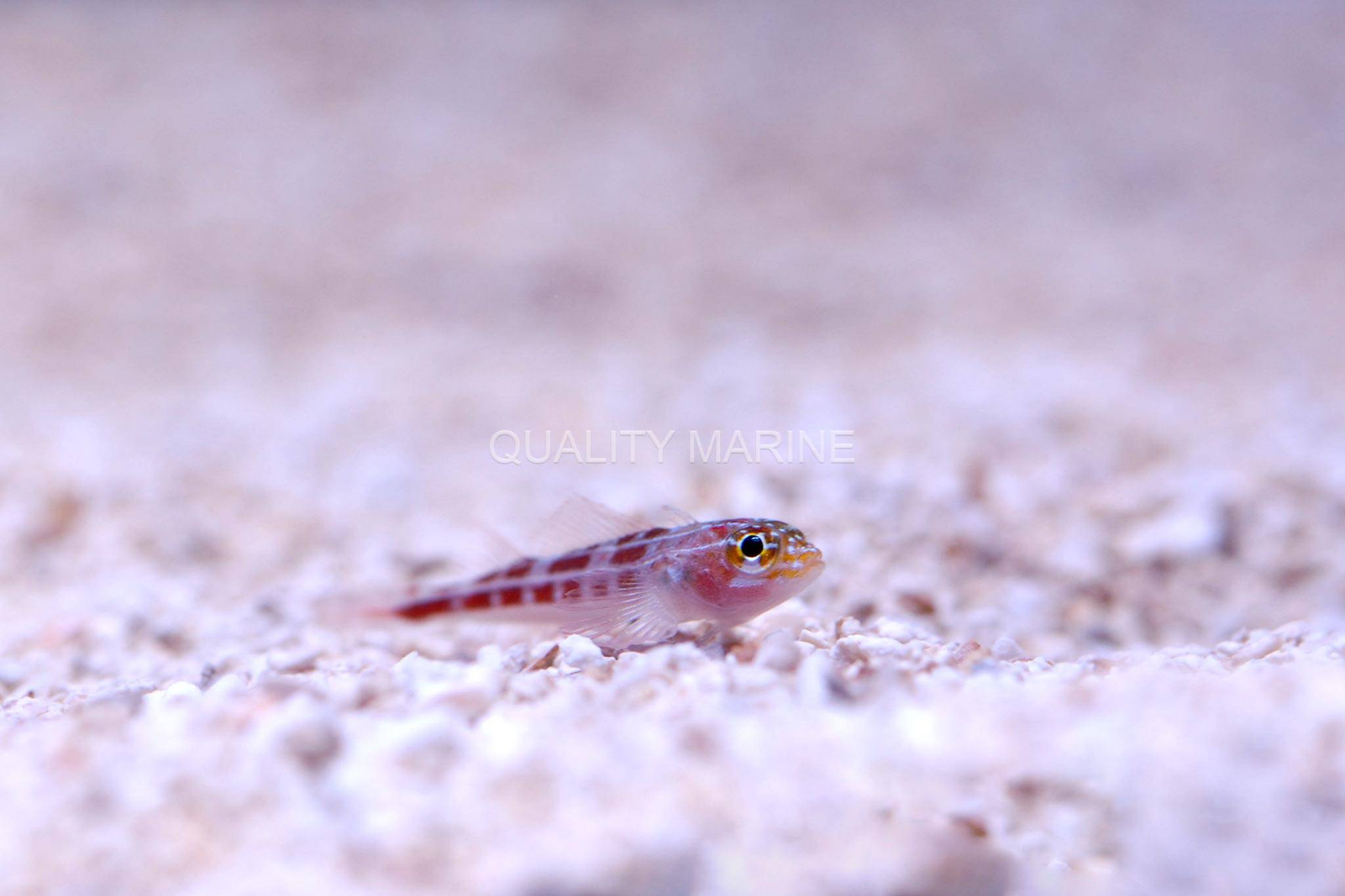 The Neon Triplefin Blenny (Helcogramma striata), also known as the Neon Triplefin, is usually found sitting on coral, waiting to snap up zooplankton that drifts by. The tiny 1.5-inch Neon Triplefin is red with white stripes running the length of its body and white spots between the eyes. The fish live in depths anywhere between one to ninety feet. Based on observation of wild fish, these blennies like to gather in small groups but are equally happy living alone. 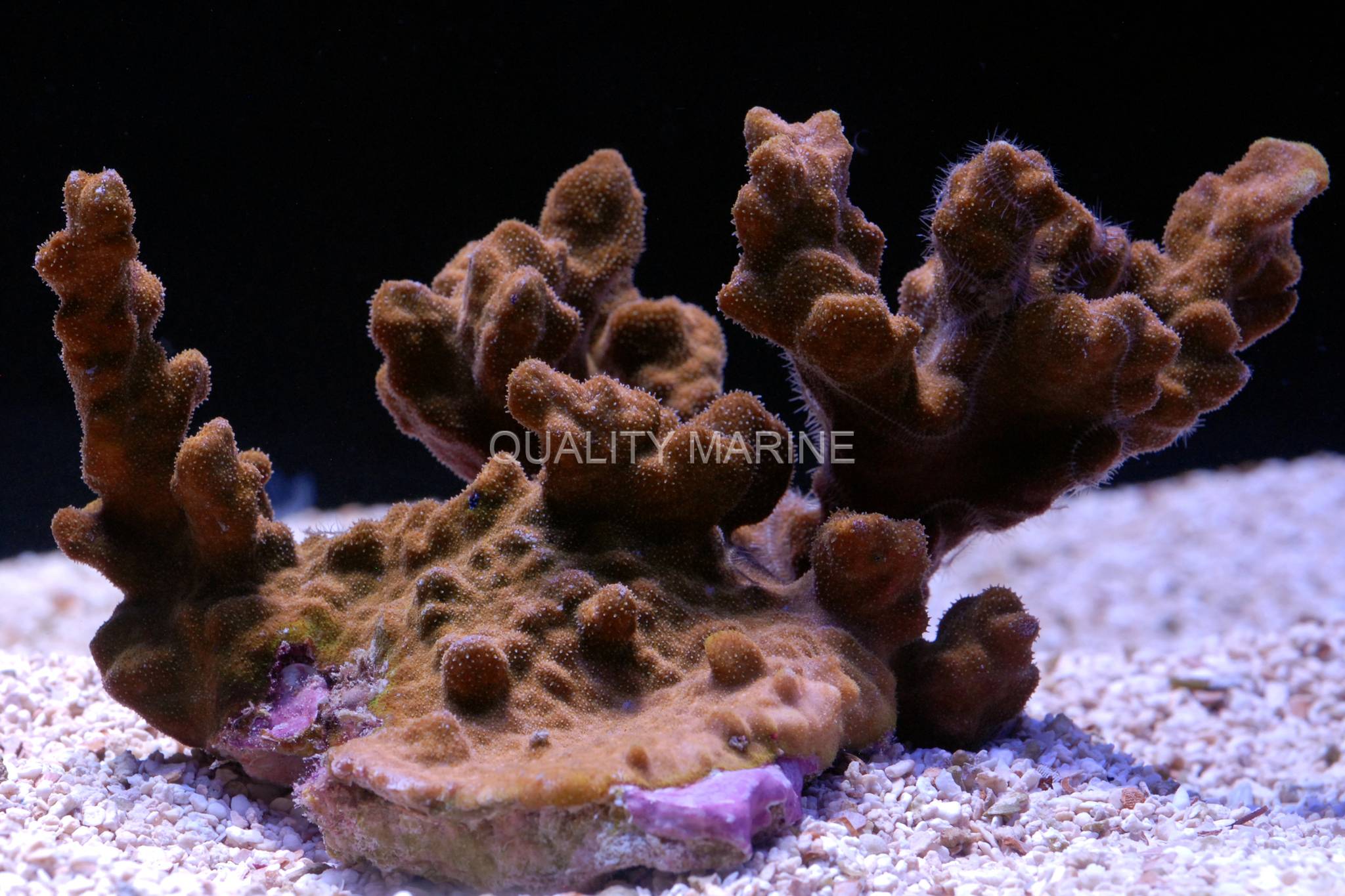 Wild-caught Pillar Coral (Psammocora sp.) bring an unusual growth form for SPS collectors and fraggers. The coral first forms an encrusted foothold to secure the colony. Then, thick irregular branches form interesting colonies. The good news is these SPS corals are easy to keep in captivity. Acclimate them slowly if placing them in high light areas. Just be sure they’re kept free of detritus. These pillar corals like medium to high flow rates! 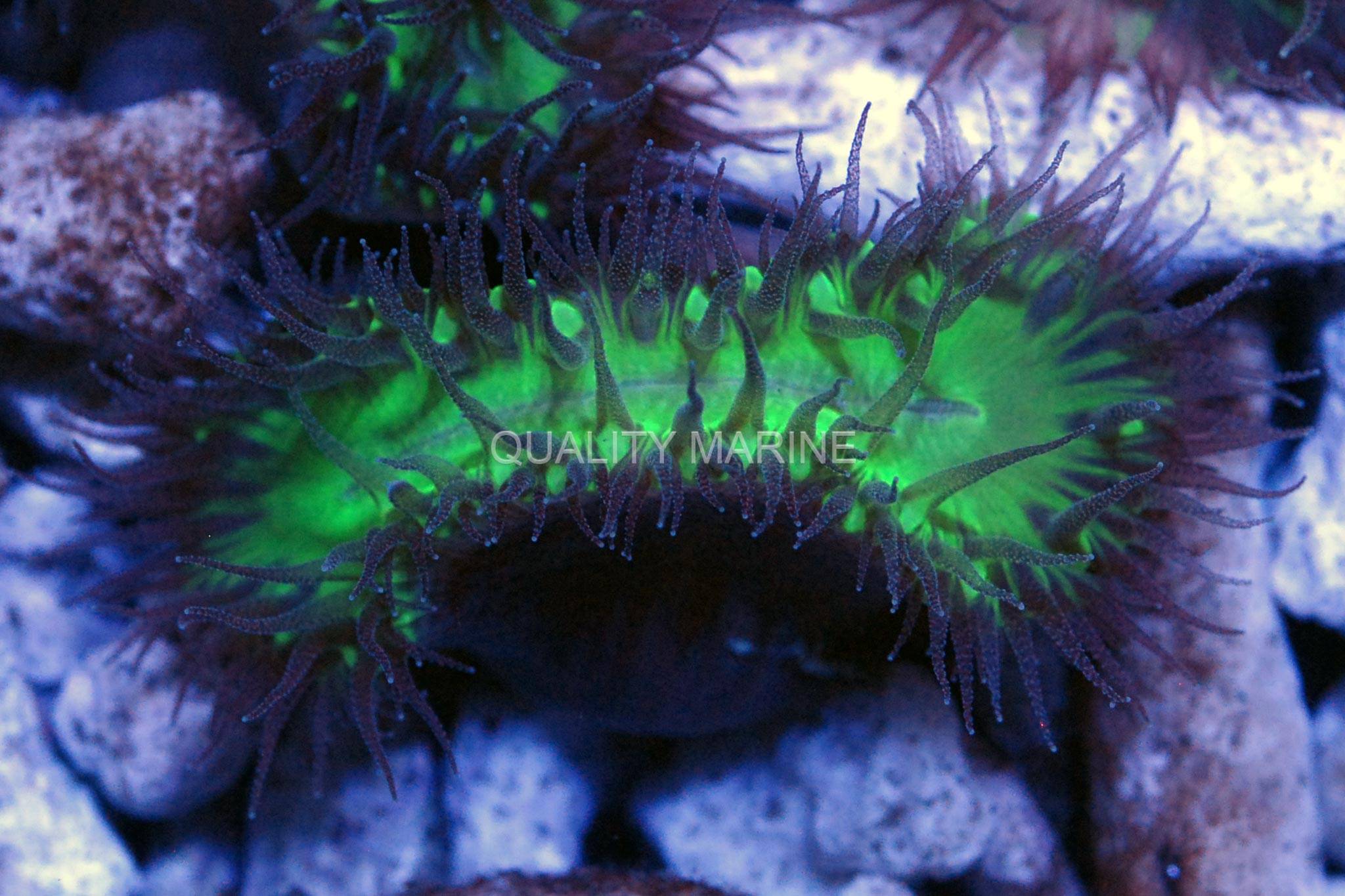 Perhaps the most unusual introduction is the Green Walking Dendro Coral (Heteropsammia cochlea). Walking Dendro Coral look similar to Duncan or Whisker Coral, but this coral moves around the aquarium! The calcium base of the coral has a hole that is inhabited by a Peanut worm. The worm carries the coral around as it moves through the aquarium. The movement helps the coral stay free of debris and find food. The worm gets a safe home, eating detritus as it moves around the tank.

Thanks to the conservation efforts of Quality Marine we’re looking forward to hearing news of captive breeding and fragging of these beautiful fish and corals…in your aquarium!