We Talk With Jake Adams Of Reef Builders About Breaking Big Stories, Women In The Hobby, And If Water Changes Will Ever Be A Thing Of The Past

Most of our readers know you as the prolific reef aquarium blogger from Reef Builders. When did you become interested in aquariums? How did that passion snowball into journalism, videography, and being a regular on the speaking circuit?

I think as a youngster I had the same childlike fascination towards aquatics life as all kids do. I grew up on the beaches of Normandy and watched Jacques Cousteau documentaries and that sure didn't hurt. But the real tipping point was a random goldfish tank that mother brought home when I was 14, in 1995, at an influential age where I was trying to figure what I wanted to be into. Since we can't take our aquariums around with us I was an early adopter of digital photography, since we can share those. I still have some of my first 1.2 megapixel images taken with a Sony Mavica with the floppy drive storage. My first presentation was at IMAC 2006, I made a free guide to corals that was a PDF for PDAs and iPods back in 2006, I joined Reef Builders in 2008 and the rest just progressed naturally mostly because anyone who's spent time with me in real life knows that I have an infectious enthusiasm for the aquarium hobby and everything about it.

So I did go to school for Marine Science, which encompasses chemistry, oceanography, ecology and biology so this gives me a good foundation and framework upon which to hang aquarium ideas and theories. But the most influential part of my college was my two English professors who really rode me and made sure I learned as much as possible. They really drilled home the importance of knowing who your audience is, and who the writing is for, and this is a concept I lean on for every kind of production. I also like to go to the source of knowledge so I read a lot of coral research papers in college, and I still do, and this really helps to define the envelope of what marine science, and aquarists, actually know. 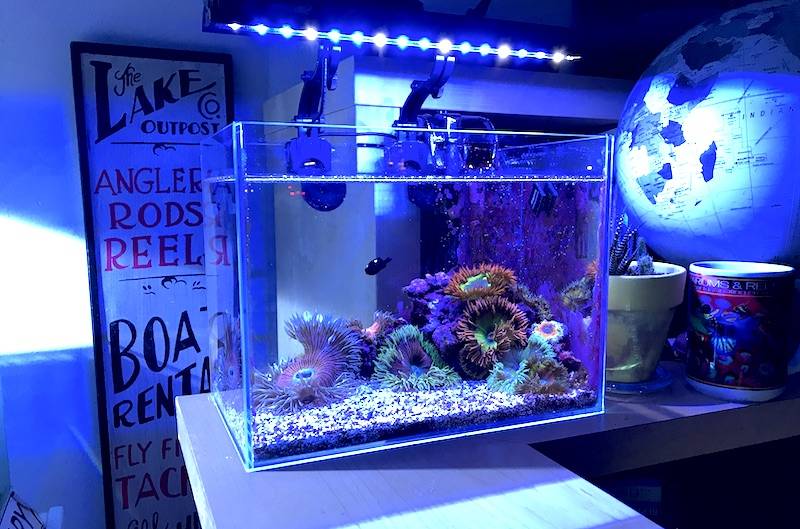 A simple yet elegant pico-reef tank from one of Jake's tank tours.

Reef Builders is usually the first to break big stories that impact aquarium hobbyists and the industry at large. What is the most memorable thing you’ve written?

I always get excited about new species of corals & fish, and especially game-changing products. We've published over 10,000 stories in nearly 10 years so it's hard to pick any favorites, but memorable stories would definitely include the whole LED Patent Gate with PFO and Orbitech, that time I announced IceCap (the company) was going out of business and had to wait two weeks for the official letter, but my favorite stories are usually features of very simple yet beautiful reef tanks, because having a nice aquarium display is the pinnacle of what this hobby is about (or should be).

You are probably privy to a lot of cool new aquarium products long before they hit the market. Is it difficult to stay tight-lipped about things you are excited about? How often are you testing new stuff on your tanks?

It's not hard to keep quiet about new gear - at this point there's always so many new things in the pipeline that I rarely go a week without something new to share. And I am constantly testing out new gear on my tanks, I don't even have enough aquariums to test new gear so I even borrow the tanks of local friends and aquarium stores.

It’s fun watching you take tank tours, attend aquarium shows, and explore the world from the perspective of a reef hobbyist. What’s been your favorite destination so far?

You know people like different places for different reasons - I loved going to Mauritius because it had always been a dream of mine. Visiting Bali and seeing so many deepwater Acros in the wild for the first time was pretty epic. Komodo and Raja Ampat were totally posh diving destinations with tons of stuff to see. But the special place for me was finding the original Purple Monster Acro in the wild because I was in the bush, like really roughing it and I had set this goal for finding the mythical coral in the wild so when Tim Kelley and I found it at this one remote location in the Solomon Islands where no one hardly ever goes, that was truly a bucket list moment. That and getting plenty of it back to America alive for a new wave of Purple Monster in the aquarium hobby. 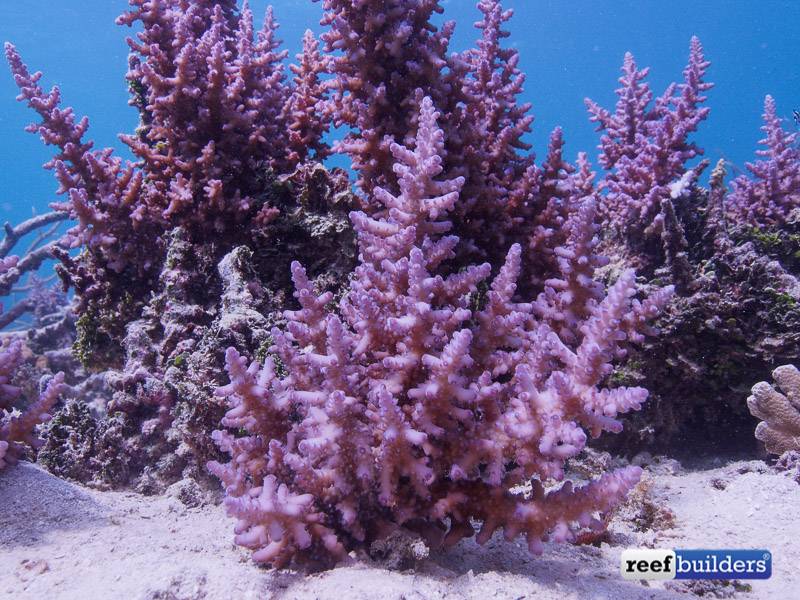 You have a long history in the aquarium hobby. What is a product that has stood the test of time and is still popular today? What is a new product you are really looking forward to?

If this was Aquarium Survivor and I had 30 seconds to pick out a device from a box of aquarium goods there's only one thing I'd be hunting for, and that would be a Maxi-Jet pump. The Maxi-Jet and MJ pump is a form factor that still hasn't been bested for general mid-range aquariums with decent pressure and flow rate. I may not have one in use right now but I know exactly where I keep a few spares! 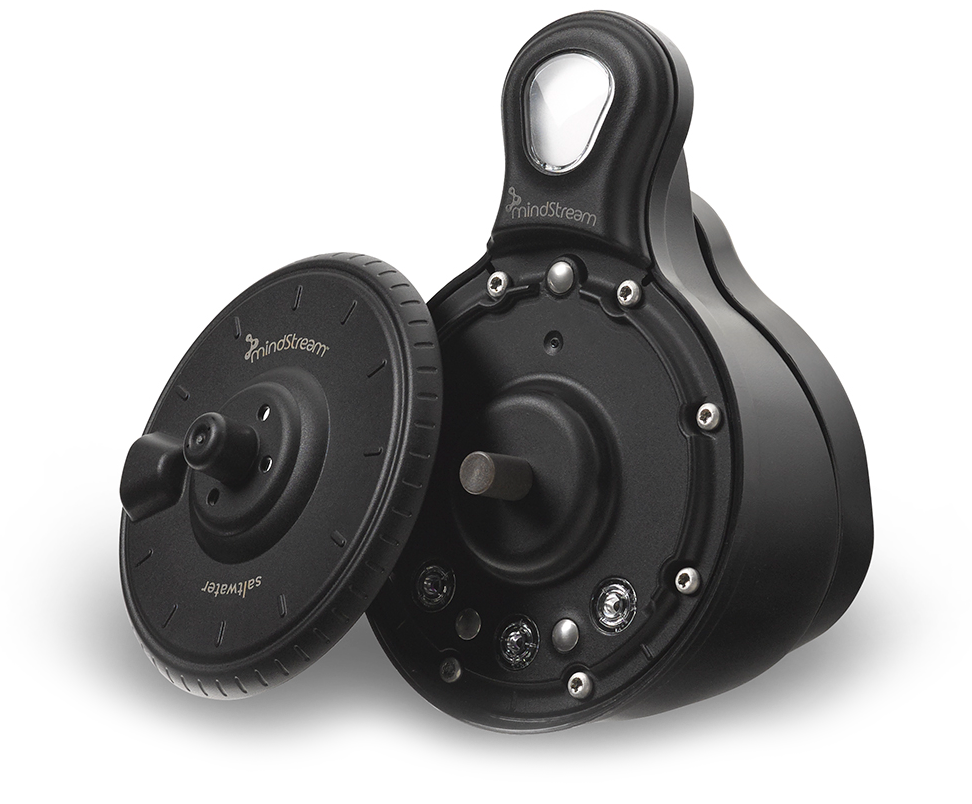 Hands-down the most transformative product on the horizon is the MindStream. My big introduction was a long one-day visit to Step Ahead Innovations and I got to see what these guys are doing, and how they are doing it, and no other product will even come close. SO many companies are competing to put out a $1000 device that tests alkalinity one to six times per day but the MindStream will monitor 10 different parameters every 10 or 15 minutes! This is going to be a sea change in understanding reef aquarium chemistry and I just can't wait for to hit the market and virtually leapfrog nearly everything else.

Do you fear states and countries will ban aquarium fish collection in the years ahead? Despite many examples of sustainable operations the industry still gets a bad rap. How optimistic are you about advancements in aquaculture?

When I first got into the hobby there was a phase-out of wild caribbean live rock and back then people were scared that everything was going to be shut down one day 'soon'. Well it's been 20 years and we have access to more corals and fish and inverts from all over the world then we ever have. Keep in mind that Bali cultured corals only came online in a big way back in 2003, Australia first opened up to exports back in 2007! We should be aware of these attacks on our 'Right To Bear Aquariums' but don't let policy and politics get in the way of enjoying what is supposed to be a relaxing hobby.

I'm all for aquaculture as long as it doesn't disenfranchise people and communities who actually depend on wild reefs. It might seem like an oxymoron but wild collection of ornamental animals is the highest value resource for coastal communities living near tropical reefs, take that away and they'll have to resort to some form of extraction which is lower value and more destructive. If the hobby went completely aquacultured it would be devastating to wild reefs because there just isn't enough SCUBA and tourism to provide alternative incomes for all the ornamental fish collectors.

The hobby has long been considered a mostly male pursuit. However, in recent years there has been a rise in the number of women starting aquariums, attending shows, and working in the industry. What do you think are the benefits of this trend?

You know I can always tell when I walk into a fish store that is either owned or managed by a woman - there's just a certain feminine touch to the layout, the displays and the health of the animals. Us guys are super analytical, technical, and women are more nurturing and intuitive - this is reflected in how they keep tanks, and we as a community are much poorer for not having more women in the hobby. Not just fragging and bagging and photographing but actually running things. This is especially true in the captive breeding space with pioneers like Karen Brittain and Kathy Leahy and we just need to be on the collective lookout for the next generation of Lady Boss Reefers and bring them into the spotlight as much as possible. 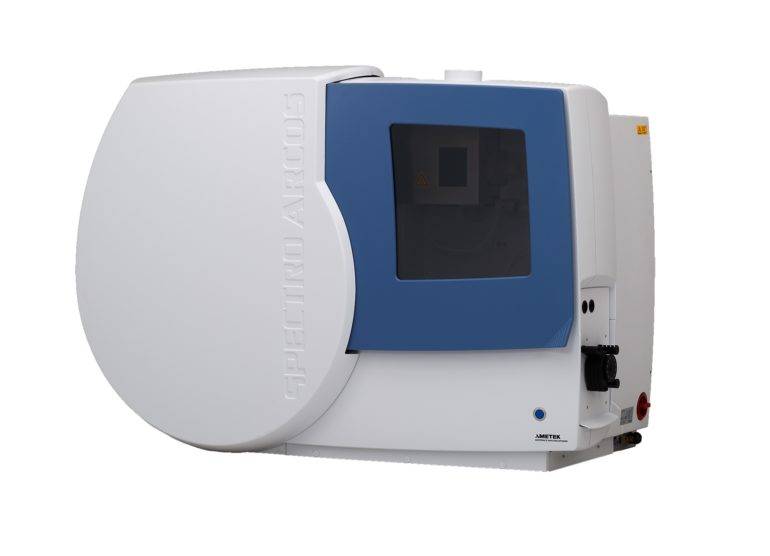 Hobbyists have so many elements available now for supplementation. Coupled with comprehensive ICP-OES water testing and automatic dosing, is performing water changes to correct water chemistry going to become a thing of the past?

Not a freaking chance - the case for water changes should be balanced economically - in a small tank I can do a 100% water change in less time and lower cost than it takes to even mail off a water sample. On a huge tank with thousands of gallons it's much easier to tweak individual levels than to change all or part of the water. It's up to the individual reefer to determine when it makes more sense to do reasonable water changes and when it makes more sense to tweak water parameters. Keep in mind that we're ALL noobs when it comes to even interpreting ICP results, and these only report on elements in our aquarium water. It doesn't tell you anything about the compounds, complex molecules and physical parameters of our tanks like pH, temperature, salinity, and these are much more important than the trace levels of zinc you might have. The tried and true method of changing water won't go away any time soon. I know I'll test with ICP on my hot rod community reef tank but for more basic setups, water changes are still clutch.

2017 is quickly coming to a close. Any big plans for Reef Builders in the New Year?

I'll just be working on wrapping up the year's worth of stories and identifying the best products for 2017. So nothing new, you can still look forward to the Editor's top 10 picks and being consistent with our output has been key to developing our global audience - we might not get grandiose like some businesses but you can count on us to just keep doing what we're good at. But I can tell you that after doing ReefStock in Denver for ten years, I think I'm ready to do another one. At the end of this year I'll be scouting a venue for the first, second ReefStock location which is gong to be a real treat, and a new challenge.