Quality Marine is very excited to announce the arrival of the Lennard’s Wrasse (Anampses lennardi). A. lennardi is an extremely rare, beautiful wrasse that has not been imported into the United State for many years. This blue and yellow wrasse is found from the Eastern Indian Ocean to Northwestern Australia. The fish was first seen in the trade in 2010. Touted as the rarest of the rare, imports stopped within the next year and have not resumed till now.

Quality Marine along with their Australian partners are a model for their commitment to sustainable collection, with an extensive list of rare and beautiful species that are revered and handled with the utmost care. In the wild, Lennard's Wrasse adults can be found singly or in pairs around the surge zones down to about 24 meters deep. The water in this region of Australia goes through drastic temperature changes based on the currents flowing through, which creates a large temperature range that A. lennardi must acclimate to regularly. 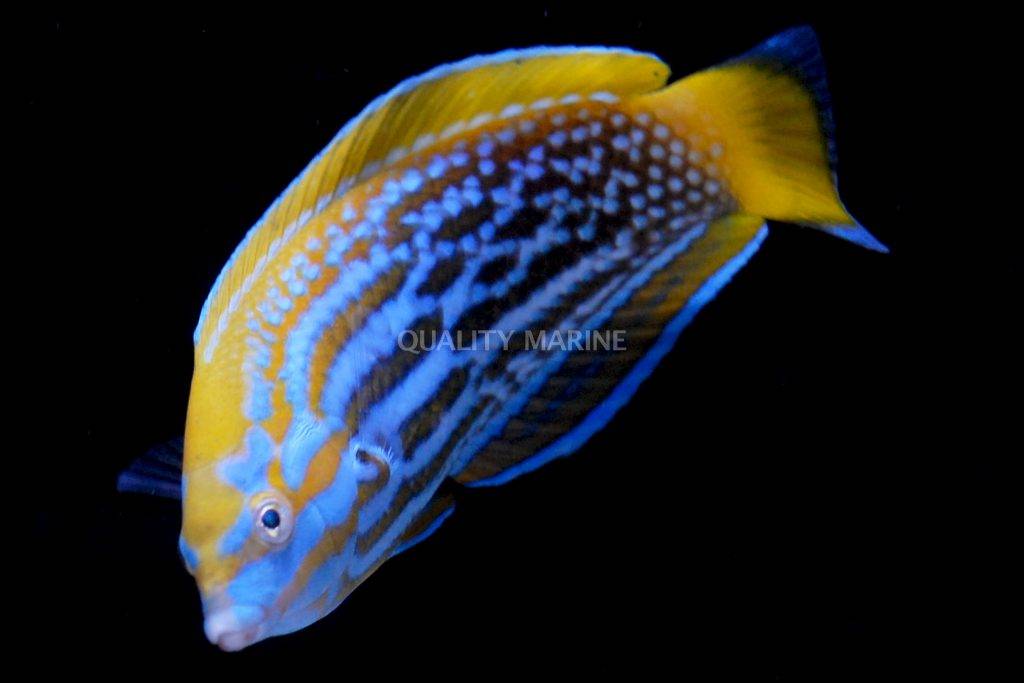 As a juvenile, Lennardi's colors are black with white stripes across its body, a yellow dorsal fin and white spots on its face. However, their color will drastically change as they grow and will continue to become more colorful. Thick thick blue stripes against a golden body makes this a striking fish. It is pretty awesome to see this fish under actinics. The  yellow and blue colors look exquisite. 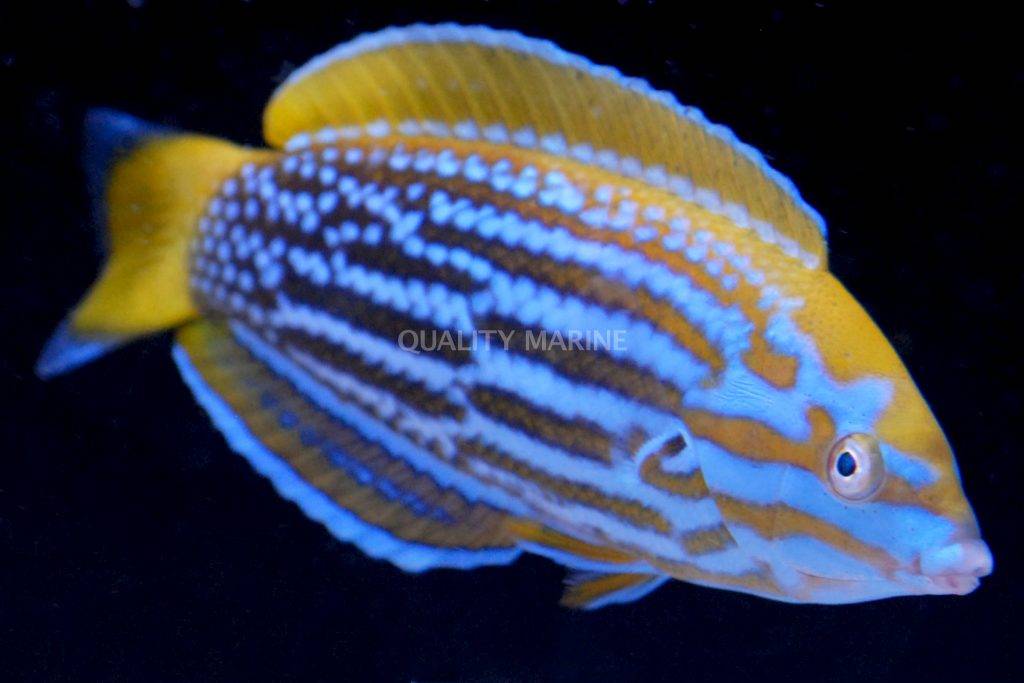 Care requirements for the Lennardi should be carefully noted. They are finicky eaters, to start, and recommended for expert aquarists.  A large aquarium with a sandbed is required as this wrasse likes to sleep and hide in the substrate. A high quality diet which includes meaty marine foods should be fed several times a day. As with most wrasses, they do tend to jump when startled and should be in an aquarium with a lid.

When they were last available, the fish was sold on Live Aquaria as well as with World Wide Corals. We look forward to seeing this lovely fish back in the hobby and in the tanks of wrasse collectors.

Which is your favorite wrasse? Leave us a comment below and let us know!