The Best Ways to Cycle Your Reef Aquarium

Most of us are guilty of rushing with an aquarium setup at some point. And, as Murphy's Law would have it, this almost always results in complications. Whether you add too many fish at once, fail to cure your live rock or simply do not wait long enough before adding animals to the tank—each of these seemingly minor transgressions can cause some serious problems.

Today we are going to show you how to properly cycle your reef aquarium and provide some insight into why this is so important for the success of your tank.

The "traditional" and most common way of cycling a reef tank is to use live rock. Just add live rock, sand (optional) and wait. 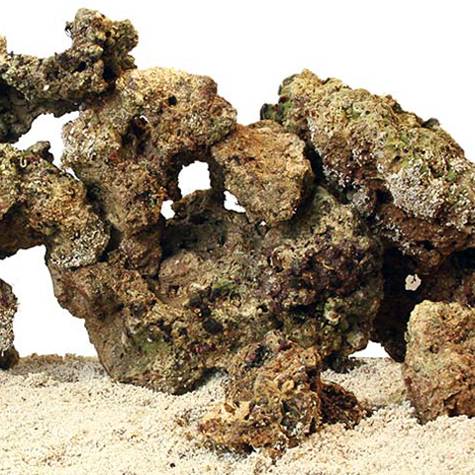 Live rock is transported from the ocean and is teeming with beneficial bacteria. En route to your home, the rock spends several days out of water. During this time, a significant portion of beneficial bacteria and other organisms will die. When added to your tank, the remaining living bacteria will seed the aquarium with a variety of different bacteria while the dead matter will break down and release harmful ammonia and nitrate into your aquarium water.

When using fresh live rock, it is wise to remove any sponges and other large and obviously dead organisms before you put the rock into your tank. Then give the rock a quick rinse in a bucket of saltwater to rid the rock of any additional decaying matter.

After cleaning the rock, simply place it in your aquarium and wait. The good nitrifying bacteria will take roughly 30-45 days to colonize and establish in your tank, all the while being continually fed by the leftover decaying matter on the live rock.

During this time, you should test the water two to three times per week. You will first notice a rise in the ammonia level, then a rise in the nitrite level. Once both the ammonia (NH3) and nitrite (NO2) have risen and then begin falling back down toward zero, the nitrate (NO3) level starts to accumulate and will register in your water tests. Usually after four to six weeks of cycling, the ammonia and nitrite levels will fall to zero and nitrate will be obviously present in the water. At this time, your tank has properly cycled and you can perform a 25 to 30 percent water change. 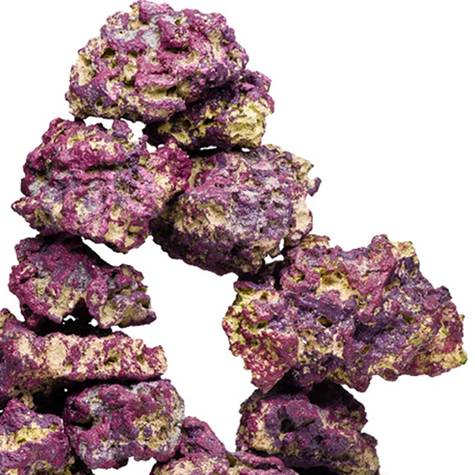 Dry rock, like AquaMaxx EcoRock or CaribSea Life Rock, is becoming a very popular choice for saltwater aquariums. Using dry rock keeps unwanted hitchhikers out of your aquarium, plus it has little to no environmental impact and is generally far less expensive than live rock.

Because dry aquarium rock is generally free of bacteria and dead organic matter, a slightly different approach will be required to properly cycle your reef tank.

The best option is to use a supplement, like those previously discussed, to add the bacteria strains to your aquarium. You then need to provide the aquarium with some organic material to support the growing bacteria populations. This is accomplished by "phantom feeding," which basically means adding a small amount of fish food to the aquarium on a regular basis to support the bacteria. It is not uncommon for an aquarium with dry rock to take a little longer to cycle, although many hobbyists feel it is worth the wait for the aforementioned reasons.

As with the traditional method of cycling with live rock, you will still need to test the water regularly to monitor the cycling process. Once nitrate is present and ammonia and nitrite have dropped down to zero, it is safe to start adding animals into the aquarium.

The best advice we can give to a hobbyist starting their first saltwater aquarium is that patience is the key for success in this hobby. Allow nature to take its course and proceed slowly. All too often we hear from customers who have added fish too quickly or added too many at once, resulting in a total loss of life. A good general rule is to add one fish per week when stocking a new tank.

If you are just starting out in the hobby, remember that adding animals before an aquarium is fully cycled may result in easily avoidable deaths—which is unfair to the animals, not to mention a waste of your hard-earned dollars.

For all of you seasoned reef keepers, we know you have heard this advice time and time again, so we hope you will lead by example for the generations of hobbyists to come!

If you found this article and the accompanying video helpful, please like, share and subscribe to show your support. Until next time, take care and happy reef keeping.

> Learn How to Cure Live Rock