Setting up a Biopellet Reactor By Murray W. Camp

So, you just purchased a new biopellet reactor. Congratulations! You may be saying to yourself: "what do I do now"? Hopefully, this article will answer some of your questions. 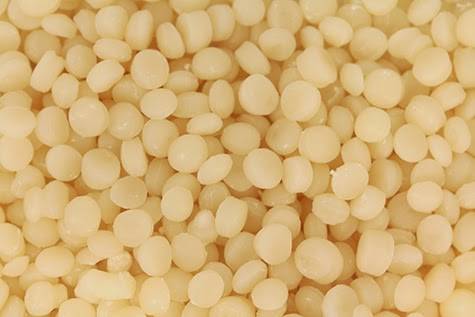 "Biopellets" are beads or pellets of a solid plastic, used in an upflow reactor, for nutrient control. The basic idea behind this methodology is that a source of organic carbon, in this case pelletized biodegradable polymers in a fluidized reactor, is connected to the system.

Marine heterotrophic bacteria—bacteria that must "uptake" carbon from sources in the surrounding water column—"feed" on the polymers, and in the process uptake other dissolved nutrients, such as nitrate and phosphate. These bacteria are then sheared from the surfaces of the pellets for subsequent export. As these bacteria live, reproduce, and grow by consuming the media—especially in complex microbial communities called biofilms—they assimilate dissolved nutrients, such as nitrate and phosphate, and other materials, thereby "locking up" these nutrients for subsequent export via protein skimming or mechanical filtration. The added biomass of the bacterial colonies growing on the pellets also results, to a certain extent, in nitrate and phosphate being metabolized to less problematic forms, regardless of export.

The main materials contained in this media are organic polymers. Most biopellets available to aquarists are comprised of either P3HB (poly(3-hydroxybutyrate)) or P3HBV (poly(3-hydroxybutyrate-co-3-hydroxyvalerate). These polymers were developed as potential materials to be used in the manufacture of biodegradable packaging materials. They are made by "coaxing" certain species of bacteria to produce them as a food source. In essence, biopellets are bacterial food, made by bacteria. Many products contain other materials in addition to polymers, such as fillers or ceramic nucleants.

Setting up the reactor: flow, volume, and location

The flow regimes within the reactor have a direct correlation to the effectiveness of biodegradable polymers in terms of nutrient reduction. Unfortunately, establishing the correct flow regime is still a matter of trial and error. Generally, flow within the reactor can be changed by one of two ways: (1) by increasing or decreasing the amount of media in the reactor itself, and (2) adjusting flow through the reactor.

As to the amount of media, I suggest, as a general rule, not to fill the reactor more than half-way full. This allows for a more even and controllable flow through the reactor. Stated differently, reduced volume increases the effectiveness of flow rate adjustments.

As to the flow rate, the conventional wisdom has been to increase the flow until the top layer "gently tumbles." I still think this is a good starting point, but I strongly suggest testing NO3 and PO4 levels with reliable test kits or meters at least twice a week, starting about 21 days after first setting up the reactor. If you are seeing a consistent decrease in nutrient levels, your flow rate is probably at a good point. If dissolved nutrient levels cease dropping, try increasing or decreasing flow rates until you see NO3 and PO4 levels start to drop.

In terms of location, some suggest placing the reactor in the same sump chamber as the protein skimmer, so that bacteria dislodged from the media can be efficiently exported, while some suggest placing it in the same chamber as the return pump so that dislodged bacterial aggregates can be transported to the display as a food source for corals and other invertebrates, at least those that consume this food source. I have not noticed a significant difference in terms of nutrient reduction with either configuration, and have reservations as to whether this methodology actually generates significant quantities of bacterioplankton for transport to the display. Nevertheless, installing the reactor in the same chamber as the protein skimmer is probably the best option.

Be aware that PO4 levels may not drop to very low levels with this methodology. Along with many other aquarists, I have had to use phosphate adsorption media such as granular ferric oxide to get PO4 levels to .05 ppm or below when running biopellets. I have also noticed more effective nutrient reduction, including of PO4 levels, when I also dosed a liquid labile organic carbon source, such as a mixture of ethanol (vodka) and acetic acid (vinegar) in addition to using the biopellets.

Additionally, I suggest turning up the flow in the reactor for 30 seconds every day or two, and then returning the flow rate to the original level. This increases the sheer force on the biofilms growing on the pellets, dislodging existing colonies, and may enhance nutrient reduction by making more space available on the media for bacterial colonization and promoting more rapid growth of suitable bacterial populations.

Although still subject to some debate, I have found that periodic additions of a bacterial inoculant has helped using biopellets as a nutrient reduction methodology. I use Prodibio BioDigest, but there are other options to choose from. Whether this helps in your particular system is dependent on many variables, including the specific species of heterotrophic bacterial already existing within your system, the density of those populations, abiotic parameters of the water column, and other factors. I am not aware of any specific product that contains bacterial species that have been established to be efficient at assimilating the specific types of organic polymers contained in these biopellets, so experimentation is the key.

About Murray W. Camp
Murray is a reef aquarist with over seventeen years’ experience in keeping marine aquaria, from 5 to 800 gallons. He is also a nationally recognized speaker who presents at reef conferences and events around the country, and is an author whose articles have appeared in CORAL Magazine and other publications.

In addition to moderating the TEAM Marine Depot forum on Probiotics and Labile Organic Carbon Dosing, he serves on the Board of Directors of MASNA—the Marine Aquarium Societies of North America—where he is actively involved in conservation and legislative issues.