An Introduction to the ‘Great Substrate Debate’—Plenums, DSBs & Barebottom Aquaria in a nutshell

Categories: How To, Advice, Knowledge Base
Tags: knowledge base 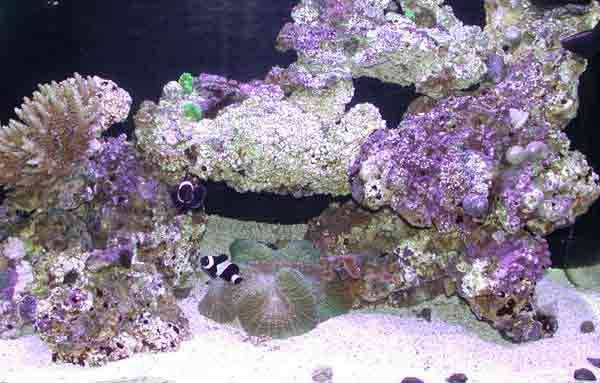 One of my favorite authors used to quote the old adage ‘there are 37 different ways to skin a cat’. In the reef keeping hobby this adage is axiomatic. Given that every single tank is slightly different from any other in methodology used, in how each develops biologically, chemically, and physically, that adage is an extreme understatement. There are general groups of methodologies and philosophies that hobbyists do follow, however, and these can be used to categorize the ‘type’ of aquarium they strive to keep. One of these groupings deals with the type of substrate arrangement hobbyists use in their systems, and there are 3 main categories or methods. Each method is designed to accomplish, or not, what the aquarium keeping community indicates they can, or cannot do best based both on scientific knowledge and anecdotal experience.

In this article, a brief overview of each method’s design and designated purpose will be reviewed, along with some of the pros and cons that are currently being discussed in the online reef keeping community at present. Though the history on their initial usage and development is interesting and important, it will be covered (hopefully) in a future article. This article is not meant to be a scientifically based analysis of exactly what happens, but is meant to be a brief overview comparison only—your mileage may vary.

So without further adieu, here are the ‘big three’:

“Plenum” means ‘space’, as in the space between a false ceiling or floor, and the true ceiling or floor, through which cables, wires, etc., are placed. In the aquarium world, it refers to a ‘false’ floor space made between a gravel bed and the actual tank bottom. This method and design of gravel bed filtration was popularized by Dr. Jean Jaubert, of the Monaco Aquarium circa 1989.The principal idea is nearly identical to the dsb (‘deep’, or ‘denitrifying’, sand bed) ‘philosophy’—in fact the plenum system of Dr. Jaubert's system is actually the precursor to the dsb, which is actually a Jaubert gravel bed system, minus the plenum, and using sand instead of gravel. It utilizes the processes of aerobic nitrification and anaerobic denitrification. The plenum maintains an area of very low oxygen level on the underside of the gravel bed, most likely leading to less of a truly anaerobic area at the bottom of the bed (than a dsb has).This may create an environment less prone to hydrogen sulfide production than a dsb. The plenum system was initially used on large water to fish volume ratio systems that weren't really representative of the ‘reverse load’ (read: much more bioload to water volume than the huge public aquarium, or the ocean, where the ratio is far in favor of the water volume) of the typical hobbyist's aquarium. Jaubert constructed the plenum using thin rigid PVC sheets perforated with thousands of small holes, and used cut lengths of pvc pipe for supports underneath. Gravel needed to be used to prevent the substrate from ‘leaking’ through the holes. The Plenum also needs larger areas exposed directly to the water column, leaving Jaubert's systems with much lower amounts of live rock. (In direct contrast to the bare bottom (Berlin) method, and in partial contrast to dsb's). The formation of those hydrogen sulfide gas pockets is not necessarily detrimental in a dsb system.

Some of the ‘micro’ organisms that inhabit substrates prefer a smaller grain size for comfort and maneuverability, and gravel may not be as conducive to developing and fostering as wide a range of organisms in the substrate as a finer grain sand is.

This stands for deep sand bed, or ‘denitrating sand bed’ (also known as an ‘nnr’—natural nitrate reducer, though an nnr can be something other than a sand bed) and comprises a 3–3.5" minimal depth layer of very fine sand, ranging from oolitic dust size particles to about 2mm. The general concept is quite simple. As the depth of the bed increases, the level of oxygen present decreases, in a somewhat ‘layered’ fashion, creating progressively anoxic strata, which become inhabited by ‘reducing’ bacteria of various species that among other things, break nitrates down into nitrogen and oxygen gas. The gas can then leave the aquarium directly by bubbling out of the sand bed. The bed also provides habitat for various other fauna, like worms, snails, various ‘pods’, to name but a few of the inhabitants. It’s generally accepted that in order to provide all of the proper strata or ‘zones’ of the right depth size, 3–3.5" is required as a minimal working bed. Denitration alone may take place at a lesser bed depth if only oolitic sand is used, due to the increased compaction of the smaller, ‘crystal’ like sand grains. Some oolitic beds denitrate at a depth of 2" or less, but the generally recommended minimal depth is 3–3.5".Many aquarists use a much deeper bed, with some reaching depths of > 8".

Dsb's begin to function and produce a noticeable reducing effect on the production of nitrates at the age of about 2 months, and can take up to a year to fully mature to reaching their maximum nitrate reducing potential and speed. Once they become fully established, they can have the capacity to process nitrate at a rate faster than the system will produce it via the oxidization of ammonia through the ‘regular nitrogen cycle’ not only leading to a constant ‘0’ level of nitrates, but making it quite difficult to ‘force’ an elevation above ‘0’ level. This was illustrated in one of my first ‘large’ reef systems of approximately 100 gallons, comprising of a 75 gallon long acrylic tank, with a 40 gallon sump, into which I poured a blenderized shrimp, to ‘test’ the resiliency of the system's organics processing capability—no rise in nitrates was observed at all, over the course of testing daily for nitrates over a subsequent 2 week period. The development of the various life forms in the sand bed over the course of the tank's life was also enjoyable and fascinating.

Dsb's are very low maintenance. They have to be—the more you disturb them, the longer they will take to develop, and there is also the risk of exposing gas pockets that may develop in the very lower layers of sand that if exposed directly to the water column at once, can have catastrophic results. If an attempt is made to clean them, the various layers of relatively more or less anoxic ‘zones’ will get turned over to a different relative concentration of oxygen, which will either kill the particular bacteria, as it's exposed suddenly to that different micro environment, or at the least, force them to migrate back to their original location, interfering with their function. They use two major groups of animals—the bacteria, and the other, larger, fauna that help ‘aerate’ the bed (much the same way in which earthworms aerate soil by tunneling). Various worms, mollusks, ‘pods’, etc., burrow, dig, crawl, and scoot through the sand, creating ‘micro tunnels’, which helps the diffusion and transfer of water (and by extension, oxygen and other gases, nutrients, waste products) throughout the bed. The ‘macro fauna’ are just as important for proper efficient functioning of the bed as the bacteria are—it's an entire ‘mini-ecosystem’ unto itself.

One secondary advantage a dsb, and a plenum provide is that of encouraging greater biodiversity in a saltwater aquarium. An increase of life forms, and the subsequent ‘links of the chain’ they represent, leads to a more resilient and stable ecosystem in the aquarium, as a general rule. It also helps provide a natural source of food production, in the way of various small animals like ‘pods’, worms, etc., for your fish to eat.

This is fairly self explanatory, and it's the most recent methodology undergoing a ‘push’ in the advanced internet based reef keeping community—the bottom of the aquarium is kept bare and spotless and is the ‘direct descendant’ of the original ‘Berlin’ school/method of reef keeping. Used today mostly by aquarists who are very heavily oriented to High Flow SPS coral tanks. Alot of the sps reefkeepers who have written about going bare bottom seem to have both aesthetic reasons, and a different approach to the ‘waste management via increased biodiversity’ philosophy. High flow, generally of at least 30 times the volume of the aquarium/hour, is required, to keep detritus from settling out in piles on the tank bottom. These systems also utilize very heavy skimming (often ‘wet’ skimming) for maximum (via phytoplankton) nutrient removal. SPS systems do seem to thrive under this particular arrangement.

To sum up, there are three major type of substrate arrangements most commonly used presently in the reef keeping hobby, all of which use different methods to achieve a similar objective, and they will all work to help a reef keeper succeed in keeping their system healthy and thriving—plenum, dsb, and bare bottom systems. No one system is necessarily ‘better’ or ‘worse’ than the other, as long as the individual takes into account the individual ‘peculiarities’ of each system.