Over the last handful of protein skimmer experiments we have shown how air draw varies between the different skimmer pumps and design types. This led us into an investigation of how we can use air draw adjustments to change the type of skimmate foam we can achieve with our skimmers, either wetter or dryer. 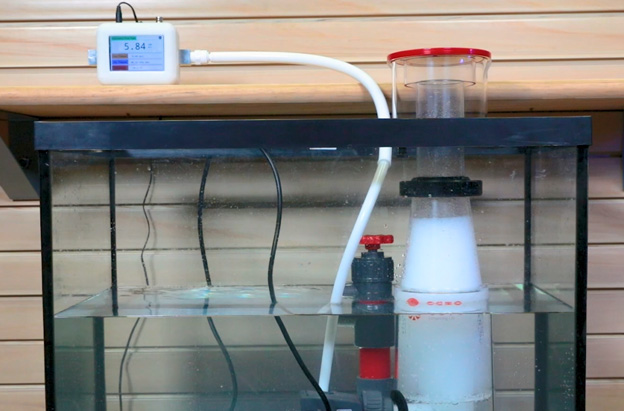 Until now, we really haven’t given air draw rates much weight in terms of skimmer adjustments and helping to dial in a skimmer’s performance. Now that we are a bit more informed of how changing the air flow inside the protein skimmer is capable of achieving different foam densities we can use that information to optimize our skimmer performance.

Considering the results from these previous skimmer tests, there is really two questions left around using air to optimize protein skimmer performance.

So in this experiment we take our Reef Octopus Regal 200EXT Recirculating Protein Skimmer, install it on the BRS 750XXL tank and observe the foam production using different settings to answer question #1. Once we have that established, our next experiment will answer question #2 and ideally give all of you a much more systematic and effective approach to skimmer tuning.

This will be a pretty quick visual comparison using the Reef Octopus Regal 200EXT Skimmer. We set the recirculating VarioS-4 pump to three different pump speeds using the settings 1, 3 and 5 on the controller which equates to low, medium and high air draw rates respectively.


We adjusted the top of the foam to align with the skimmer neck or collection cup collar using the outlet pipe after setting the different speeds, much like you would do at home after installing your skimmer.

In the first hour of our recirculating skimmer set to the lowest air draw speed setting of 1, we see the low velocity of air flow results in slower foam head development and a pretty dry skim collection. After about 24 hrs, the collection is still very dry, organics have collected along the neck walls and some of the did push up and spill over into the collection cup.


The waste collected in the cup looks to be very dark and organically rich, and if we were to actively adjust the water height in the skimmer body we probably could have collected even more waste by forcing more of that stuff that collected on the neck up into the cup.

Looking at the first hour of the skimmer set to a speed setting of 3, we can already see that there’s an increased velocity in the air pushing up into the neck and out of the skimmer top. The bubbles at the top surface of the skimmate foam are popping more rapidly than the first air flow setting 1 and the entire foam head is almost cresting the skimmer neck and into the collection cup. At the end of the test near the 24hr mark, we can see that there is definitely more organics that made it into the cup which looks to be very dark and still collecting when the test ended.

We set the recirculating air pump speed to the max setting of 5 for the next test and within that first hour of skimming the amount of air leaving the skimmer is so fast that already there is wet skimmate spilling over into the collection cup, where by the end of the first hour there’s already some water skim developing. Looking at this setting 24hrs later, nearly half of the collection cup is full and the consistency looks like a dark tea color that you can see through into the skimmer neck.


So, what we’re seeing here is directly in line with what we saw in the BRS Lab skimmer testing experiments where there are clear lines between a the dry and wet skimmate that we are capable of achieving by simply changing the speed of the air draw pump, but we’re not done yet. Much like you, we want to know which one (drier or wetter skim) will perform the best at removing the most organics. 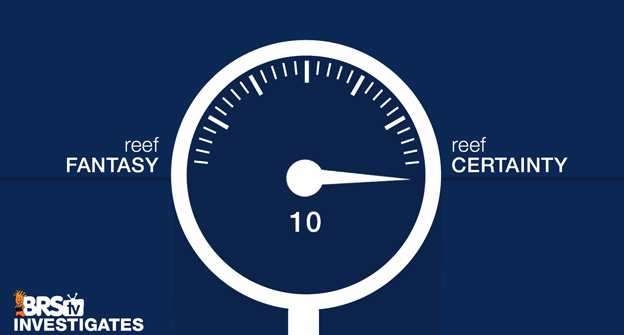 Does more air equal a wetter skim on a real world reef tank live system like the BRS750XXL?

The results are pretty clear, this gets a 10 out of 10 as a definitive Reef Certainty. More air draw and higher air velocity being injected into the skimmer will absolutely produce a much wetter skimmate.

So we have figured out how to get a truly drier or wetter skim using air draw but which is better? Does wet skim pull organics more effectively or is dry skim a better approach. Certainly some additional factors come into play and we finally will bring all of this together in our next BRStv Investigates experiment. We will use the same skimmer settings except next time, we will collect the waste removed after 24 hours and compare the three to see which one is able to remove the most organics within that time.


This is valuable information for all of you because you can finally go beyond the simple foam head adjustments to produce the exact type of foam that is best suited to your tank conditions for maximum waste removal.