Categories: 52 Weeks of Reefing
It's Week 50 of 52 Weeks of Reefing, and this week we are calling an audible and putting off fish diseases until next week, and covering tank disasters this week. Why you might ask? Well we narrowly avoided a major disaster with the BRS160 and figured this was the perfect time to talk tank catastrophes. Last week I was doing some maintenance on the two part dosers before shooting some video and I needed to prime the dosers when I was done to fill the tubes back up with 2 part solution. To do that, I turned the timers that control the dosers to the "on" position. Normally I would have turned them off in 5 minutes once the tubes were full, but I got distracted and walked away at about 3pm. Ideally a pH alarm would have gone off to let me know I was overdosing the alk component, but we ended the controller portion of the BRS160 right before Ryan's son was born and I have been playing catch up ever since I got back so I haven't had a day to install one. Meaning none of the safety triggers I would have set up were around to warn me. If that wasn't bad enough I also recently changed my email to try and escape the hundreds of spam emails I get every day and I forgot to update the Seneye with the new email address and as a result I didn't get the reminder to change my slide out and the corresponding pH alarms as well. More or less the tank was completely unprotected from my mistake. Fast forward 14 hours and I woke up in a sheer panic. If you've ever experienced a big issue with your tank, you know the feeling. It is sheer terror. The moment I opened my eyes I knew what I had done; the dosers are still running. I got to work about 6am and sure enough the brs160 was covered in precipitate and cloudy white. There were a couple things the saved the tank. First the brs dosers’ ultra-slow dosing rate of 1.1 ml which is ideal for dosing chemicals like this is also a limiting factor meaning even though they were on for 15 hours they still only dosed 1,000 ML of each solution. In theory that should have brought my calcium from 420 to like 470 which isn’t likely going to cause a major issue but the alkalinity should have skyrocketed from 8 up to like 15 and the pH should have rocketed right with it which is absolutely going to stress the corals out substantially ranging anywhere from loss of coloration, tissue loss or even mortality. However, when I arrived the pH was in an acceptable range, calcium just slightly high and alkalinity close to twelve which is high, but these numbers are what Red Sea Coral Pro black bucket mixes up to normally. I believe the only reason I didn’t have more serious issues is because I didn't leave just the alkalinity doser on by itself. By leaving both on half of it precipitated out almost immediately and avoided some of the more serious issues. In fact the tremendous amount of precipitation crystals was actually causing the alkalinity and calcium to drop fairly rapidly after I turned the dosers off. These fresh crystals strongly attract additional calcium and carbonate ions and pull them out of solution. When you are in a situation like this you are kind of stuck between two sets of conflicting advice. One where chemistry changes or fixes should be done slowly or you risk shocking your corals and getting the tank back to normal quickly to limit the corals exposure to poor water chemistry. Each case is different but my general advice is if the tank is in a safe range at the moment go slower. In this case maybe a reasonable water change to get the alk a bit closer to the range the corals are accustomed to and then let them drop on their own. In this case all the precipitation was the bigger issue we did a 70% water change which got the alk back down to nine and removed a majority of the precipitate which seemed to stabilize everything. Couple frags lost some color but other than that we skirted major disaster by the skin of our teeth. So follow along in today's episode as we cover the various types of tank failures, and your best bet to combat them. In this week's poll we are asking, "What was the first tank disaster you had to deal with?" If you have any questions or comments let us know in the comments area below. *Legal Stuff* The purpose and content of this video is to provide general information regarding the products and their applications as presented in the video. Aquatic sales solutions, inc. And its officers, directors, employees and agents disclaim all express or implied warranties, in any way, related to the products and their application as presented in this video, make no representation or warranty regarding the products and the application as presented in this video and shall not be liable for any direct or indirect losses or damages of any type, including but not limited to punitive damages, or from personal injury or death resulting from or in any manner related to the video, and the products in and contents of the video. The viewer expressly agrees that aquatic sales solutions, inc. And its officers, directors, employees and agents shall not be liable for any damages or losses related to the products in and content of the video and hereby agrees to hold the foregoing harmless from any such losses or damages. 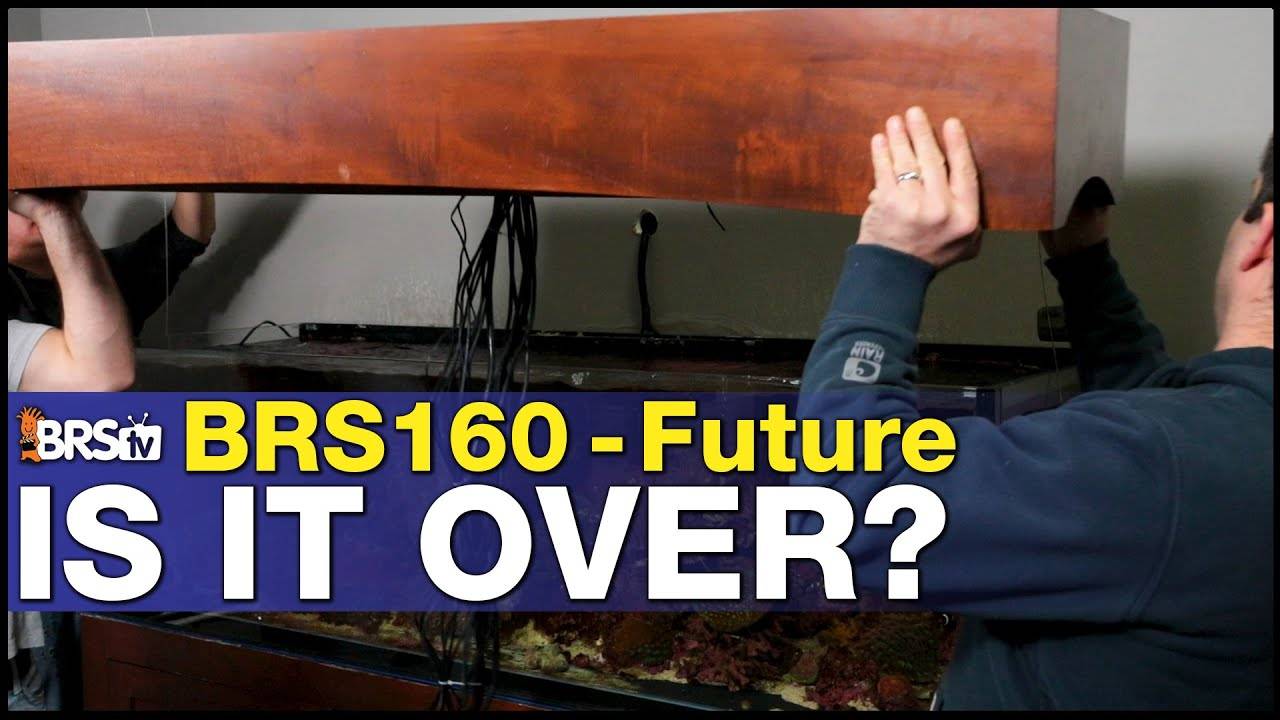 What happens next? Will the BRS160 still be BRStv's lab rat? 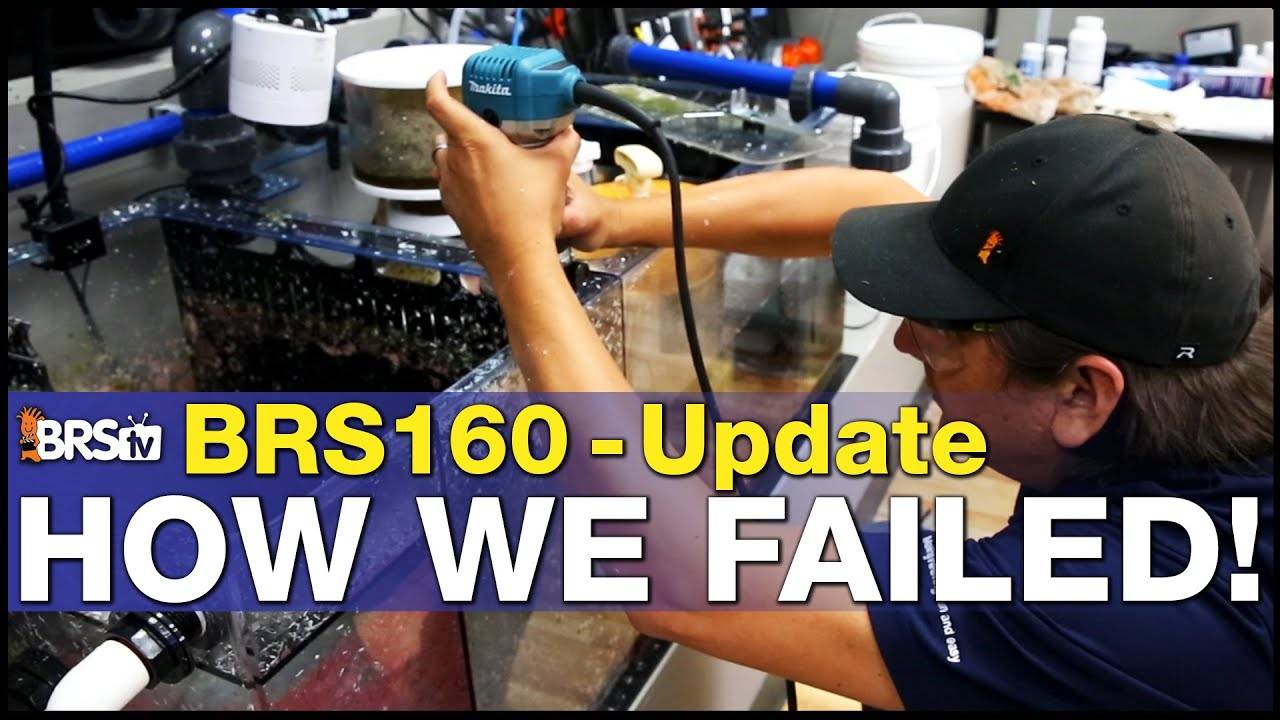 How Did the BRS160 Survive Our Mistakes?! Lessons Learned from Our Failures. 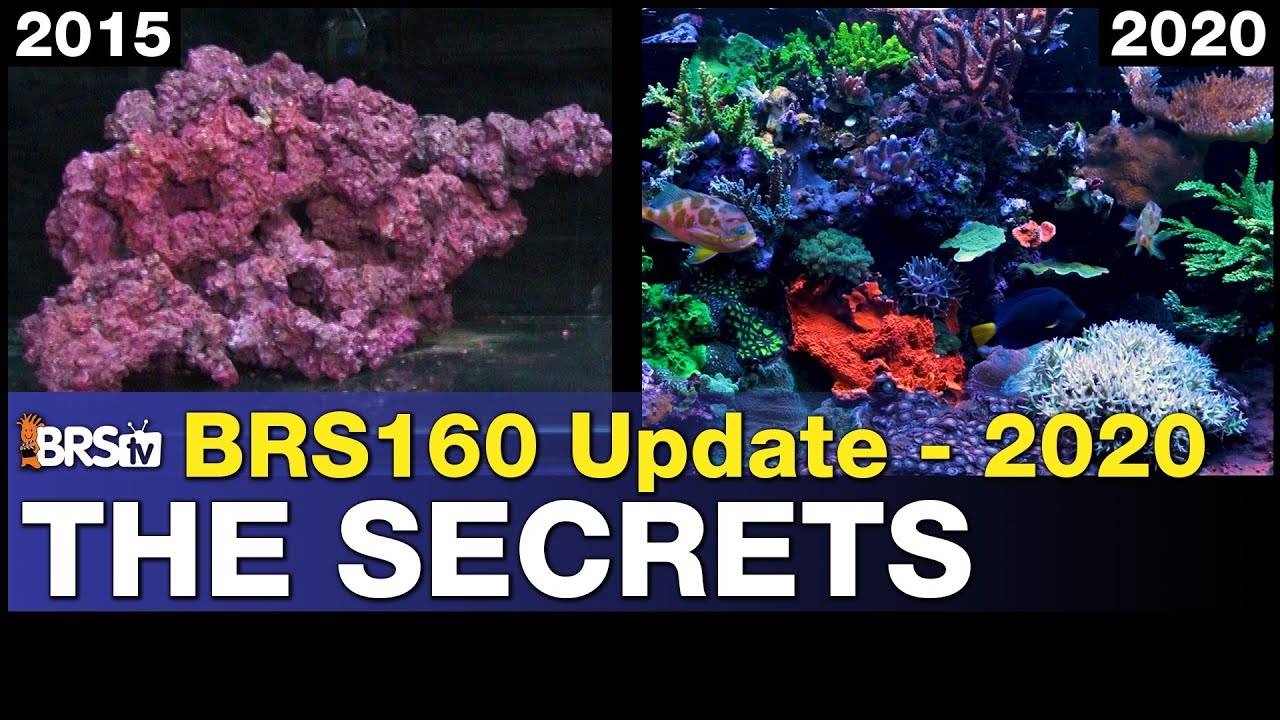 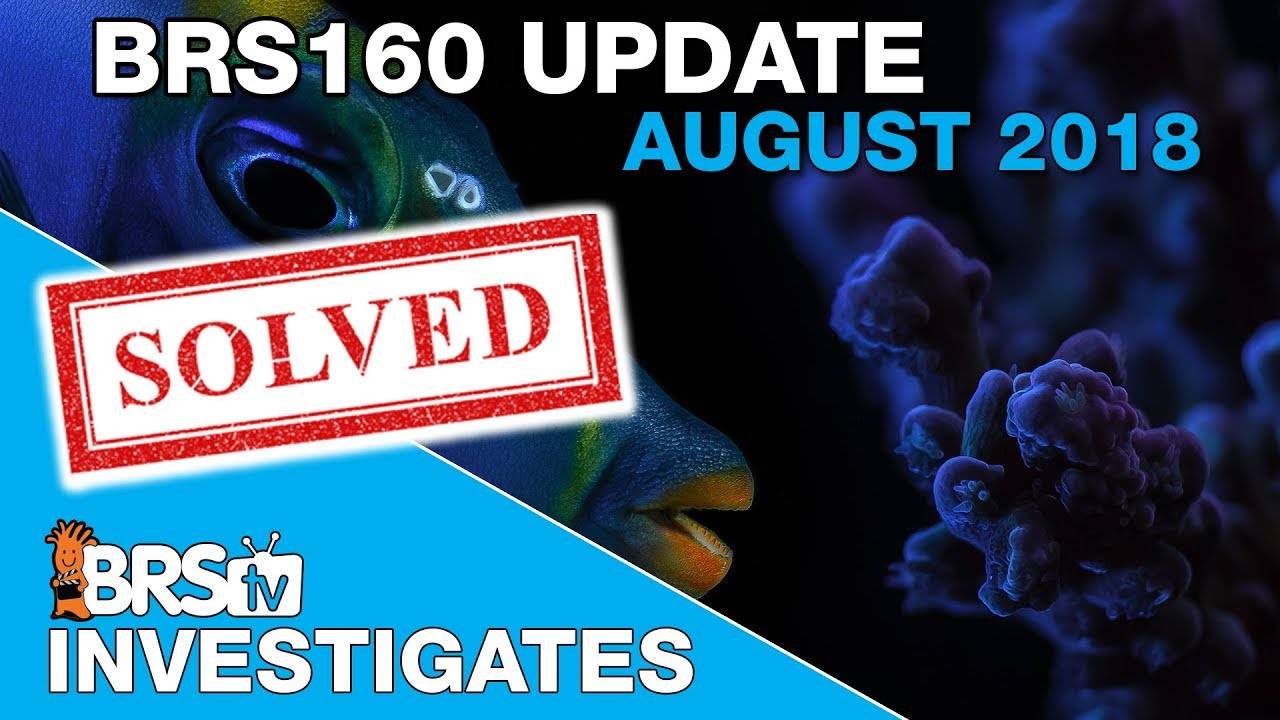 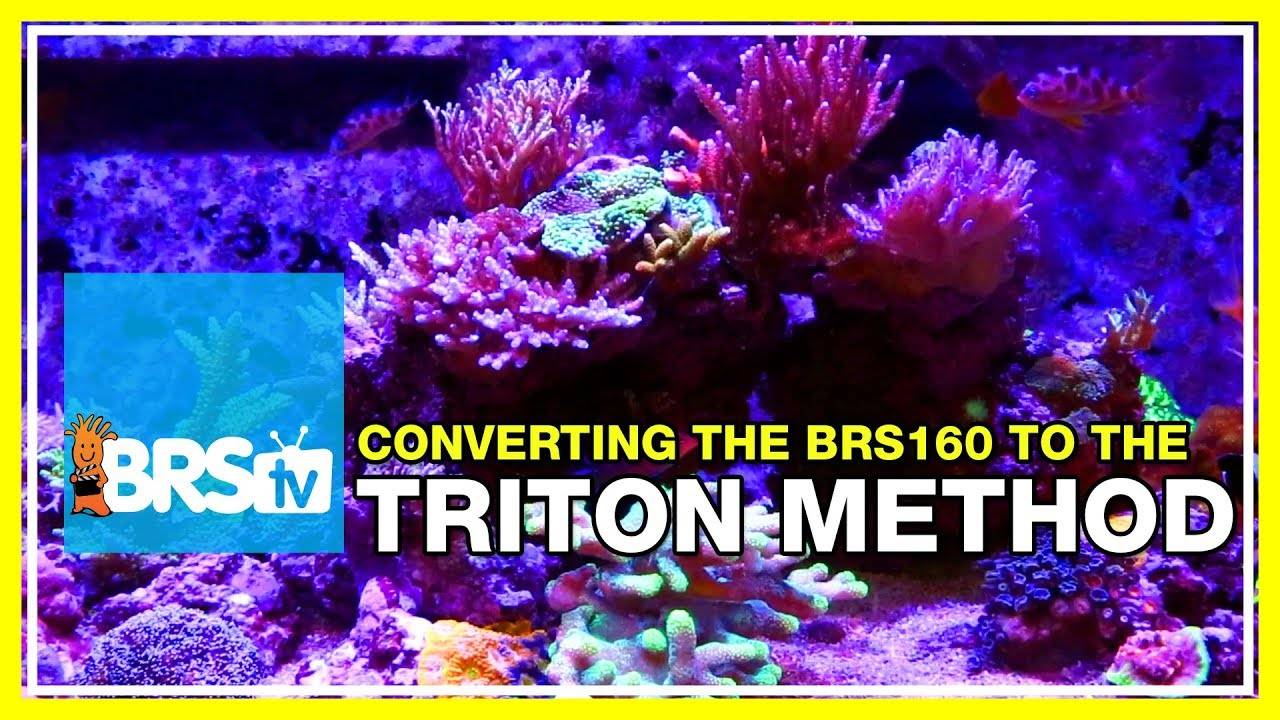 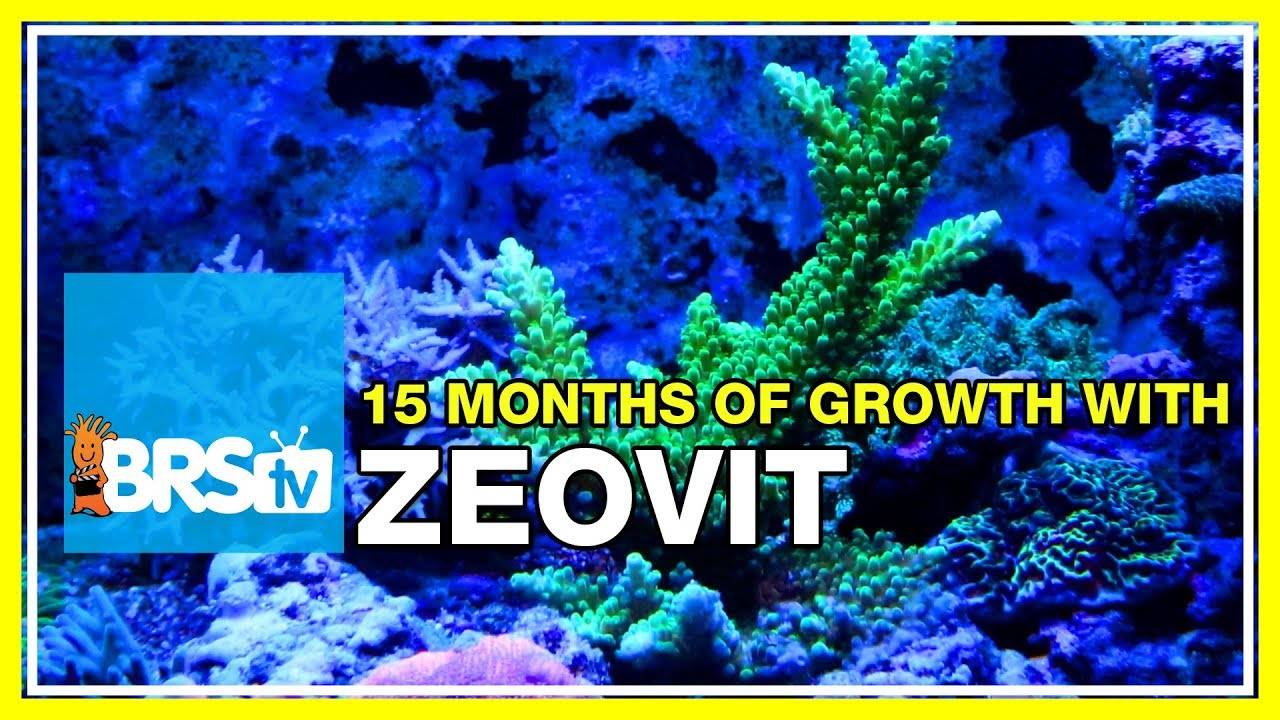 Update 3: Two years of coral growth and coloration with the ZEOvit System | 52 Weeks of Reefing #BRS160