A protein skimmer is considered by many to be one of the most beneficial components of your filtration system. This comprehensive guide to protein skimmers will show you what they do, how they do it and ultimately answer that one question all of us have pondered at some point in time, How does a protein skimmer work?

Protein skimmers are not required for success. They are optional yet very effective and efficient saltwater aquarium filters. 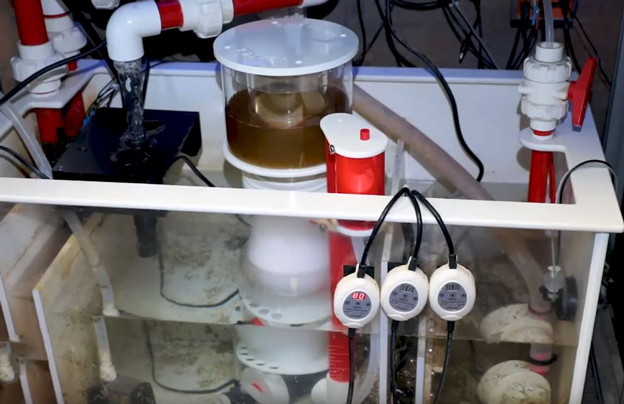 Although not the most popular opinion, we believe this to be very true when it comes to reef tanks. Deciding whether you need a protein skimmer is a decision any new tank owner will face and to make the best choice for your tank, you first need to know how they work.

What is a protein skimmer?

A protein skimmer is just a container of fine air bubbles and water that perform a handful of valuable functions in a saltwater aquarium. That frothy mix of air and water filters the tank water and permanently removes broken down food, fish waste, suspended particulates and undesirable color pigments that cause yellowing.

With a majority of the waste removed by a protein skimmer, you become less reliant on manual water changes and the other forms of filtration in your tank.

Water changes, your protein skimmer, filter socks, a refugium and various other filtration components are essentially a network of redundant filtration methods working together. If one fails, the other will take up the slack and redundancy is something you will see as a recurring theme as you explore the reef aquarium hobby. 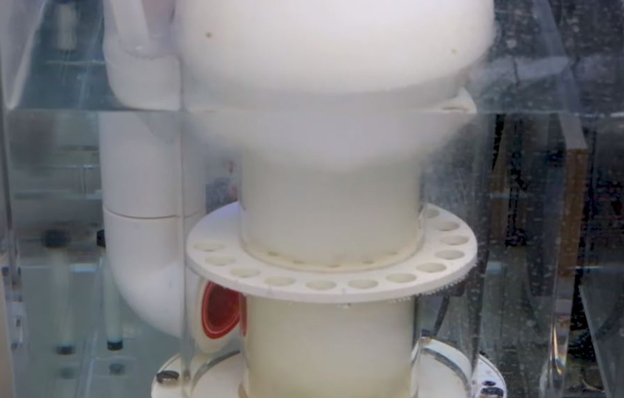 Aside from waste removal, a protein skimmer performs another very important function on a saltwater tank which is gas exchange, but not the smelly kind.

As the fish filter oxygen from the water to breathe via their gills, that oxygen needs to be replenished. Fish also release carbon dioxide into the water that needs to be released into the atmosphere so more oxygen can take its place.

Most aquarium designs approach proper gas exchange by leveraging water flow at the tank’s surface where water meets air. A protein skimmer is simply supportive of this effort or redundant and creates thousands, if not millions, of tiny little bubbles in which gas exchange happens. In terms of gas exchange, this is so efficient you can expect 10 if not 100 times more surface area making protein skimmers a far more efficient method.

How does a protein skimmer work?

Many of you have seen a natural occurrence of the process at which a skimmer takes advantage of to remove waste from your aquarium.

Have you ever seen the foam that collects on the shore line of your favorite lake or ocean beach? A protein skimmer does the same thing.

That is the result of the waves crashing, mixing air and water with the dissolved organic waste in the water and producing foam. The wave action eventually deposits the foam holding this waste onto the beach. 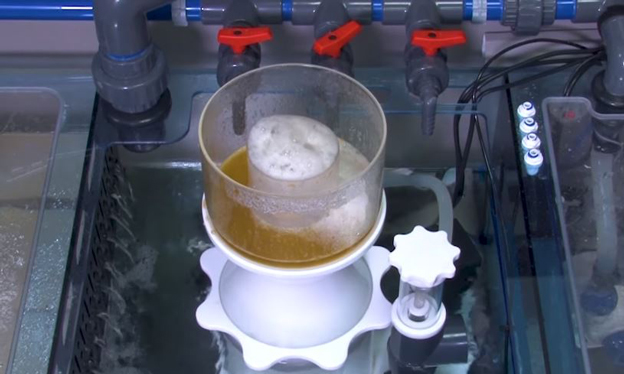 The same thing is happening inside a protein skimmer except rather than waves, we use a pump to mix the air and water and create the foam. That foam is then forced up into the collection cup for removal. When it is full every week or two, the waste is emptied down the drain effectively exporting fish waste and uneaten food from your aquarium.

The reason this works so well is because much of the undesirable waste in your tank has an electrical charge which causes it to naturally be attracted to the surface of the water and in the case of a skimmer that surface is an air bubble.

This is normal and there is not much you can do about it but it is worth noting the skimmers do not remove every single pollutant, just many of them and some contaminants may slow production. 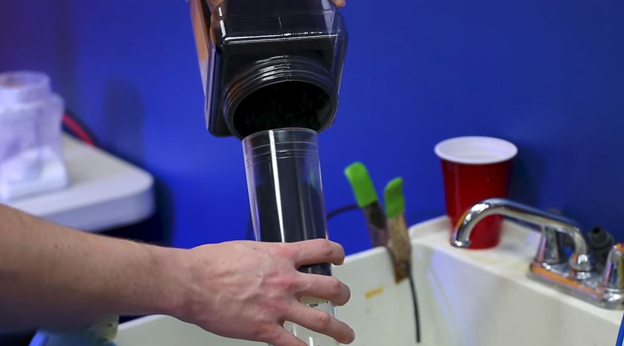 Running activated carbon inside a media bag or reactor will adsorb some of those oils faster and get the skimmer back to normal foam production in less time.

Do I need a protein skimmer?

As we stated early on, the answer is NO but there are a slew of benefits that come along with using one which is exactly why most hobbyists will end up with a protein skimmer at some point.

We just put together a pretty cool skimmer playlist with a bunch of videos starting with more direct details on which type of tanks benefit the most from skimmers and which don’t need them. This playlist includes everything we know about protein skimmers as well as all future skimmer videos we produce.