Superficially similar to the well-known Gyres, the Jump uses the same form factor, crossflow and Sine Wave technologies to produce masses of flow and water movement, only in a stripped-back, one-pump-one-controller package. 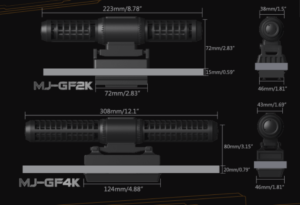 The Jump pumps are slightly smaller than the flagship Gyres

Each pump comes with a wired controller and sleek digital display enabling 24-hour programmability and five different modes including Constant, Pulse, Gradual Pulse, Random and Alternating Gyre mode, as well as all the usual 0-100% output control and fully controllable timing throughout the day.

Unlike the top of the range Icecap Gyre the Jump doesn’t come with Flow Directors or a downloadable app and is strictly one pump one controller, not two pumps one controller with added wireless control like the Gyre. 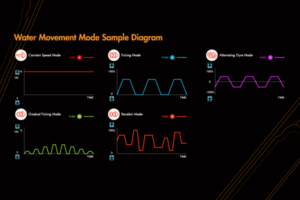 The MJ-GF series comes complete with fetching orange rotors, matching the design decal of the MJ-DC Jump series return pumps and the soon to launch Maxspect Jump Protein Skimmer. But if popping orange isn’t your thing, a set of black rotors are also supplied in the box. The controller looks modern and is well worth showing off in the electrical side of your reef aquarium cabinet.

The two models consume 25W and 45W respectively and are recommended for reef aquariums from 13-118 gallons. The magnet fittings are capable of clamping to glass thicknesses up to 0.59” and 0.79” respectively. 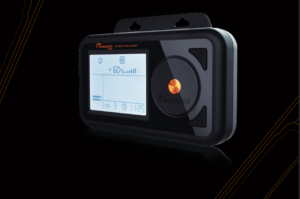 The American version of the MJ-GF is more advanced and available under the IceCap brand. The 2K and 4K Gyres come with the same orange rotors (and black supplied in the box,) but have increased control capability via a smartphone app, are HYDROS wave engine compatible and you only need one controller to run two pumps. 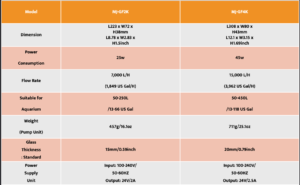