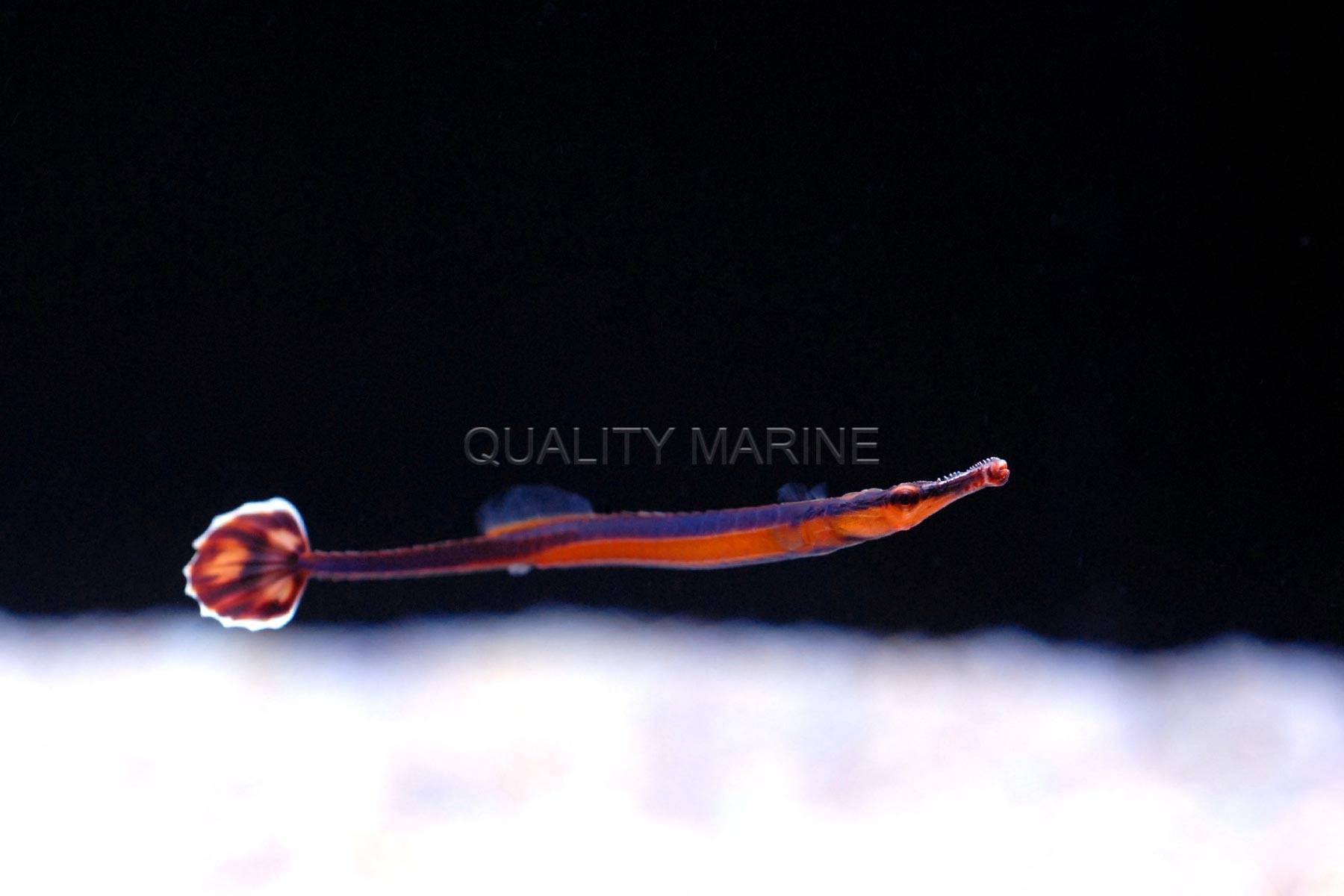 We’ve got some exciting news for fans of pipefish, especially the gorgeous Bluestripe Pipefish (Doryrhamphus excisus)!

Famous for its brilliant blue and orange strips and wide flag-like tail, the Bluestripe is the smallest and most desired reef pipefish in the hobby. Up till now, wild-caught Bluestripes were collected from rocky cervices on the Indo-Pacific reefs. The pipefish then had to survive the long trip to US distributors and retailers. That’s all changed. Quality Marine has announced that they are now supplying the reef hobby with aquacultured, captive-bred Bluestripe Pipefish. This means the fish will not be taken from the reef, but tank-raised and acclimated to aquarium conditions and commercial foods. 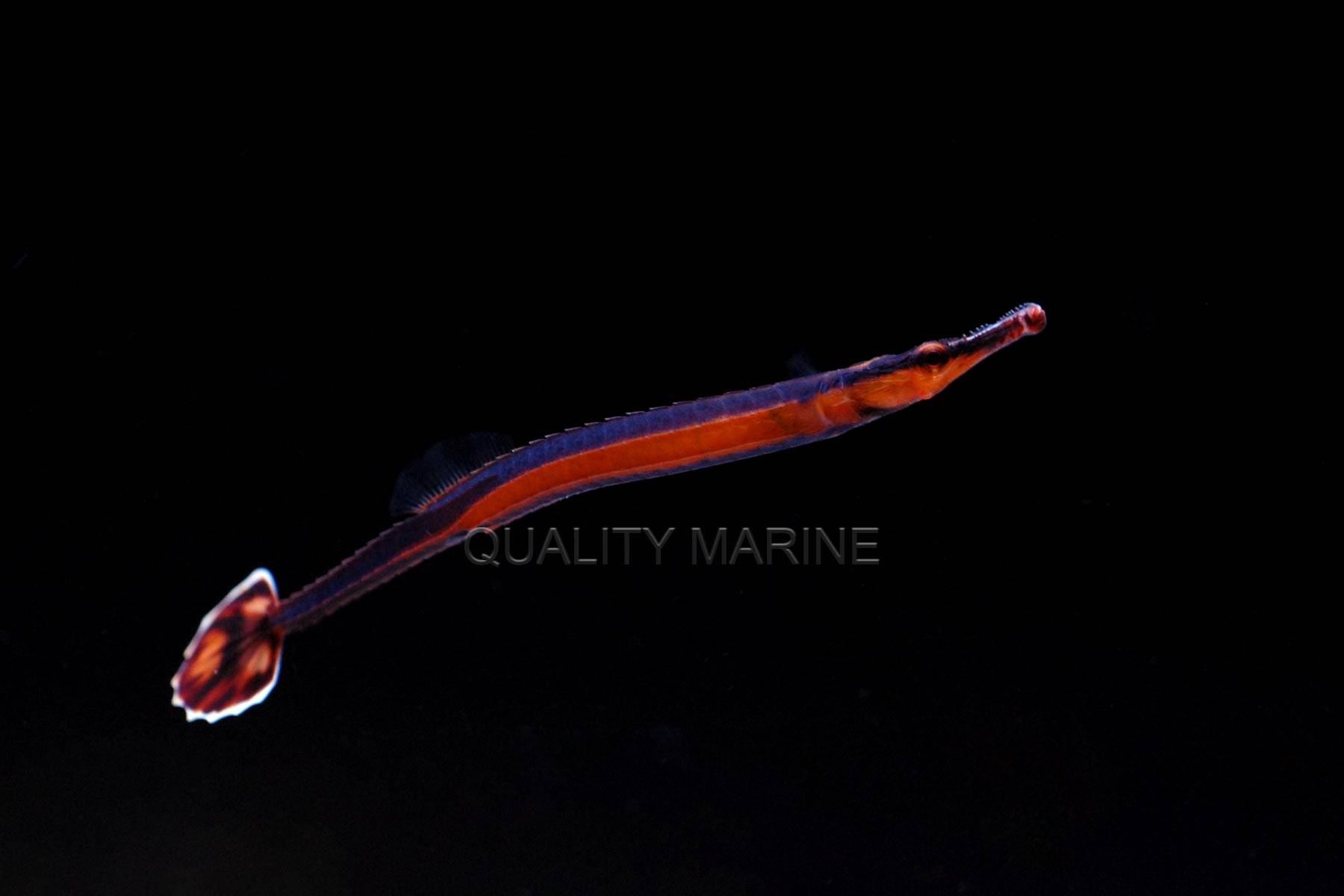 The Bluestripe Pipefish grows to about 3 inches in length. While some have kept the fish in 10 gallons, we prefer a tank closer to 30 gallons. The fish are slow swimmers and have a gentle temperament. Bluestripes prefer a rocky reef tank with plenty of places to hide and feel secure. They’re excellent companions for mandarins, seahorses, small gobies, firefish and other slow-moving friendly species. However, aggressive shrimp and crabs have been known to capture pipefish. Bluestripes are especially compatible with SPS reef aquariums. Although slow swimmers, they are compatible with faster water currents common with reef aquariums.

Bluestripes, like other pipefish, have a tiny tubular mouth that gives them the ability to eat tiny planktonic foods. The aquacultured Bluestripes have been raised on frozen, meaty foods and will readily accept a variety of prepared planktonic foods and finely chopped frozen seafoods. Some experimentation may be required. Nutramar Ova is a popular choice. 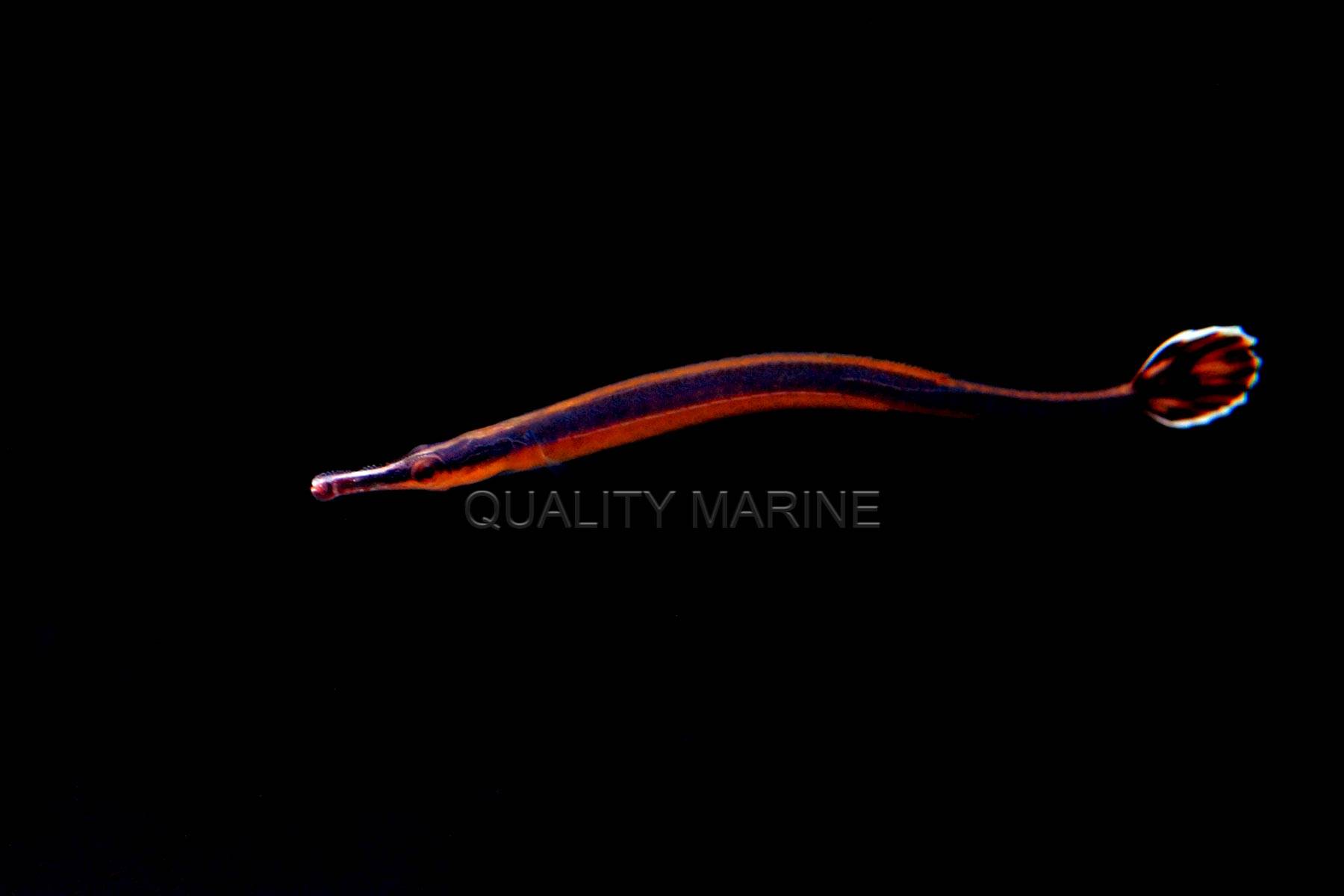