Categories: How To
Author: Jeff Johnston 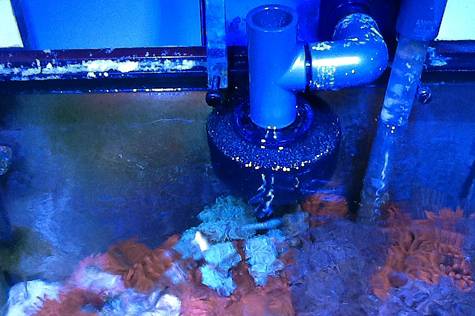 I am not a DIY kind of guy.

I often have (what I feel are) brilliant ideas, but making that transition from my brain to my hands doesn't always work out the way I've envisioned.

But after purchasing the new AquaMaxx HOB-1 Bubble Stopper and seeing it action, I thought, "There is a way to improve this that is simple enough even I can do it."

Let me preface by saying I didn't have issues with microbubbles. I did, however, have some larger bubbles that would exit the skimmer and cause splashing and salt creep around the outlet of the skimmer. I wanted to stop this from occurring and figured the Bubble Stopper would be perfect. 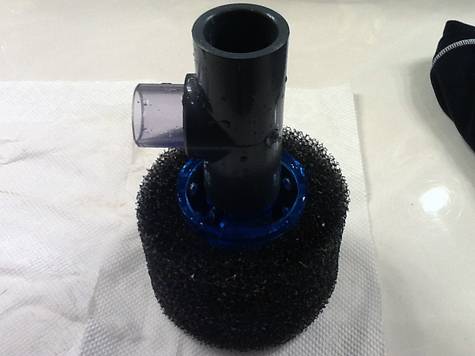 Upon receiving the Bubble Stopper, I rinsed it thoroughly and also gave my HOB-1 a much-needed cleaning. The Bubble Stopper was easy to install and only took a few seconds. When I turned the skimmer back on, I noticed the water level inside was quite high—almost to the notch in the body where the inlet tube enters the skimmer. This had me a little worried so I began investigating to see what the cause was. 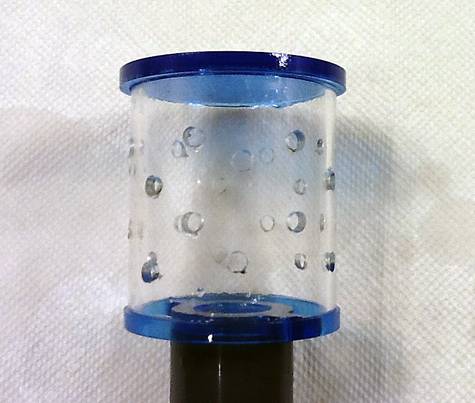 I drilled multiple holes with a 3/16" drill bit all the way around the cylindrical Bubble Stopper. After cleaning up the shavings and rinsing it, I reinstalled the Bubble Stopper on my HOB-1. Perfect! The water level inside the skimmer no longer rose toward the top.  I can't believe an idea I had actually worked, but it did! 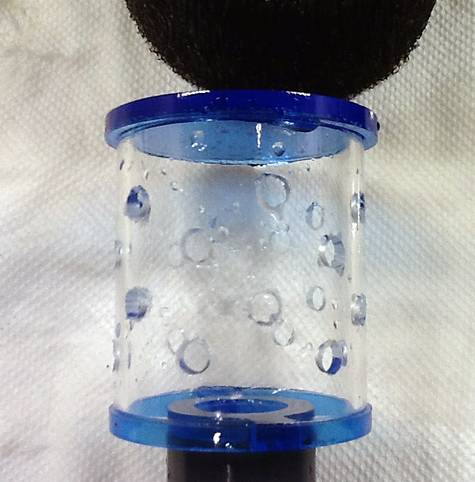 After observing the skimmer run for a while, I noticed quite a bit of water coming out of the top of the Bubble Stopper. While not really an issue, I really was trying to get all of the water to come out the sides instead of the top, so I re-drilled all the holes with a 1/4" drill bit.

At this point, almost all the water now comes out the sides with a little bit still exiting from the top, which really isn't that big of a deal.  I'm sure as the sponge gets a little dirty more water will exit from the top of the Bubble Stopper, which for me will be a great reminder to rinse the sponge out.

Most importantly, I'm no longer having those large bubbles issues. So maybe I am a DIY kind of guy after all!