Q&A with Jake Adams of CORALidea 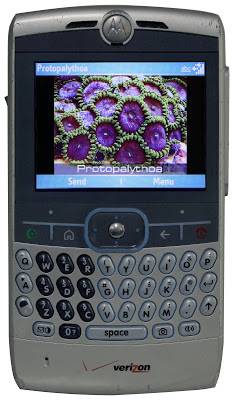 Jake Adams is a professional, practicing aquarist who has been an active participant in the national marine aquarium community for over 10 years. He has been educating aquarists of a wide range of marine aquarium topics through frequent articles, podcasts and presentations around the country. He recently founded www.coralidea.com which provides a free downloadable guide to coral identification for mobile devices and home computers. Jake has a Bachelor's Degree in Marine Science and he will be returning to graduate school to further pursue research in the field of coral reef ecology. (Bio Source: Sierra Saltwater Systems)

Marine Depot: Can you tell us a little about your background in the saltwater aquarium hobby?

Jake Adams: I have been keeping corals and reef tanks since 1996. My first job was at an aquarium store and I have worked and managed several marine aquarium stores in Denver and Atlanta since then. I received a Bachelor’s degree in Marine Science from the University of South Carolina and even there I managed a wetlab, where I designed, set-up and maintained aquarium systems tailored for specific research purposes. While in college I carried out an independent research project which showed that water flow is crucial in driving photosynthesis. Soon after graduating I worked with spawning coral in Puerto Rico and learned and developed techniques for handling coral larvae. I would say that my background in the aquarium hobby has one foot in the academic world so I try to bring scientific understanding to aquarium knowledge through frequent articles, podcasts and speaking at national and regional aquarium events. Currently my main focus is on developing CORALIDEA as a free digital media resource for identifying and learning about corals, clams and anemones.

MD: What inspired you to create Coralidea? What role do you see it playing for your average reefkeeper?

JA: Since I travel around to many reef events and visit many reef tanks I get to see many unique, rare and unusual specimens which I enjoy photographing as a natural extension of my passion for marine aquaria. I am also somewhat of a gadget head so I keep many pictures on my iPod and smartphone to show other reefers a particular coral when it comes up in conversation. I am also known as a stickler for proper identification and I often use the pictures on my iPod to settle an identification debate. I was literally driving down the road one day when it occurred to me that I had pictures of many different corals and that I should organize them into an ID guide for other people to use on their portable devices such as iPods and smartphones. One of the biggest advantages of the CORALIDEA guide is that the identification is all in Latin so the guide is useful no matter what language you speak. Since the media is in a digital format and useable on so many platforms like iPods, smartphones, computers, PDAs and more, I hope the identification landscape will become easier to learn for the average reefkeeper.

MD: So … what’s YOUR tank like? A quick breakdown of your system specs and livestock should do the trick!

JA: My big tank will either seem really interesting or really lame. It’s a 115 extra tall tank with the footprint of a 75 gallon tank which I primarily use for water flow research. This tank is used for creating wave harmonics using a pair of wireless Vortech pumps to produce long waves and standing waves to a dramatic effect; there is no rock or livestock, just freshwater. My other real tank is a 29 gallon, mixed reef with just about a little of everything coral-wise. Some of the notable livestock includes a wild Onyx true percula, a sunburst anemone, orange flower anemone, a gold coral banded shrimp, a weeping willow toadstool, a red Cycloseris, lots of brilliant zoanthids and a fuschia Neospongodes. The tank is run with a Vortech pump for flow (either oscillating or constant flow), a remora protein skimmer, an OmegaStar DE 150 watt pendant and a heating element controlled by a Medusa. You might say that this hardware is overkill for this type of tank but it allows me to leave the tank alone for a week or two at a time while I am traveling. I add a two-part solution, feed arcti-pods and roti-feast and I change a bucket of water out every 3-5 weeks. I keep it simple so my brother doesn’t have to do much to the tank while I am out of town. This video shows the wave tank with a standing wave or third harmonic wave and the 29 gallon with a long wave or second harmonic. I am really excited about my next reef aquarium which is will be an industry-supported aquarium to showcase what is possible with efficient design and inclusion of energy-saving technologies such as brushless motors, LED lights and thermo-electric chillers.

MD: If you were approached by someone interested in getting into the marine/reef aquarium hobby, what advice would you give them? Are there any misconceptions you would want to clear up? What sites or resources might you recommend to them?

JA: The biggest misconception people have about reef tanks is that lighting is the most important parameter. The well meaning hobbyist then blast their tanks with too much light for too long leading to problems in the form of nuisance algae and unhealthy corals. Water flow is the factor that drives the light and dark reactions and I would love to see people invest a lot more attention to the water motion within their aquarium. A common response I get from the DSB crowd is that more flow will blow away their precious oolitic sand which leads me to the next big common misconception about reef tanks: sand is not a natural part of most of the reef zones that our corals come from. I am not denying the obvious ecological benefits that a sand bed provides for a reef tank but I believe that this effect is best harnessed in an area which is remote from the main aquarium such as in a sump or dedicated refugium.

Probably the best resource for reef noobs is their local aquarium clubs. Most clubs will have some old salt members who can help them to learn more about their area of interest and point them in the right direction for specific information. There are a lot of old aquarium books on the shelves these days so try to pick one or two that have been published within the last five years. Also, make sure to use some critical thinking when you read anything in an open forum such as the internet.

MD: Are you participating in any forthcoming events we should know about?

JA: As I mentioned earlier, I am very active in the national marine aquarium community and I will be speaking at several upcoming events. I will be in Manhattan April 27th for their frag swap. The following weekend, May 3-4th, I will be in Rockford Illinois for the Rockford FragFest. In late May I will be speaking at IMAC in Chicago and finally in September I will be doing a workshop at MACNA XX in my old stomping ground of Atlanta. The talks will be on Atlantic stony corals or on the importance of water flow in reef aquariums. Please visit the event websites for more information.

MD: What’s next for you, personally and professionally? How do you see Coralidea fitting into the hobby? What are the next steps for Coralidea? How can hobbyists support Coralidea?

JA: In addition to developing the low-energy reef I mentioned earlier, I am in the process of working on FISHIDEA as a guide to reef fish identification and as a companion to CORALIDEA. Like the coral guide, the fish guide will also be a free download and supported by sponsors. We reefers don’t carry our books around but we do carry our phones and mobile devices. I hope that CORALIDEA and the related guides will eventually become one of the standards we use to identify our reef animals. Although I have no misconceptions that all of the IDs are correct, the guide will eventually include an archive of changes made to the guide so that we will all be able to track our shifting understanding on the proper identification of certain species.

CORALIDEA is currently a balanced operation which I spend a lot of time and energy developing. Hobbyists can support CORALIDEA by submitting images for use in the guide, either fish, corals, clams or anemones. Additionally, since the guide is still a very new concept I really need feed-back on how the guide works for you on your device and what can be done to make it better. Furthermore, I would love to tailor the guide for optimum performance on a range of platforms but I can only afford one new device every six months or so. There is a (seldom-used) Paypal donation button on the website for the development fund. If you would like to see increased functionality in the guide please consider making a donation with comments as to what device or functionality you would like to see added to the CORALIDEA guide. All submissions and Paypal donations can be sent to corallite at gmail dot com.

JA: Disc corals Fungia and Cycloseris are first on the list. They have such a neat reproductive strategy and they are one of the few corals you can call a pet because you are looking at the same polyp year after year. We all love Acros but one I like in particular is Acropora abrotanoides. ‘Abros’ have such a thick branching pattern that they make a really majestic staghorn colony, quite different from your typical green slimmer, but they require very fast water flow to grow well. As a group I really like Pavona species and the related Caribbean counterpart Agaricia. Both of these coral genera have very interesting growth forms and intricate skeletal detail which is unique and extremely rewarding to photograph. Stylocoeniella is kind of a weirdo coral which I think I was the first to identify among boulder-shaped Porites. I remember the funny looks I used to get when identifying this coral to old-salts but now it is not uncommon to see several different species properly identified and available for sale. I like Stylocoeniella because it is a primitive cryptic coral which takes a true aficionado to appreciate. The skeleton is very hard, a lot more like marble than limestone and this coral will release brooded larvae in the aquarium much like Pocillopora species. Another weirdo which is infrequently imported from the Solomon Islands is Australogyra zelli. This species has a branching pattern which is unique amongst larger polyped Faviids. A. zelli is a often a poor shipper so it is not available for sale very often. This majestic species was on the cover of Veron’s first major coral ID book, Corals of Australia and the Indo-Pacific. Like the ‘Abro’ I mentioned before, the thick branches of A. zelli also need a lot of water flow to survive.