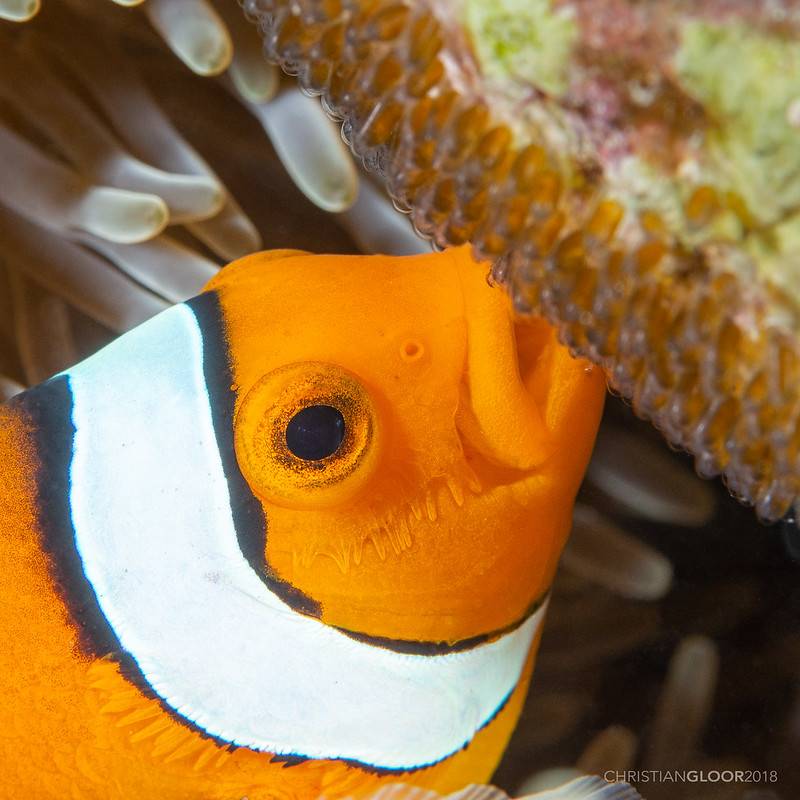 While we never really need an excuse to appreciate our moms, the fish inside our aquariums can actually serve as a great reminder of just how lucky we are to have such incredible mothers.

Many, if not most, marine fish just don't have the same maternal instincts that we as humans are so fortunate to experience. It's often an eat or be eaten scenario and wild fish mothers just cannot afford to look out for their young. In a majority of cases where marine fish do receive parental care, the parents only care for the clutch of eggs up until the day they hatch, and once they are swimming about, they are left to their own devices.

So this Mother's Day and every day forward, never forget how incredibly lucky you are to not be a fish and to have a mother who cares.

Now, of course, there are exceptions to the norm and while many fish parents leave their offspring to fend for themselves, the broader aquatic animal kingdom has some pretty incredible mothers that deserve recognition. Let's celebrate this special holiday by not only giving thanks to our own mothers but also acknowledging these amazing marine moms! 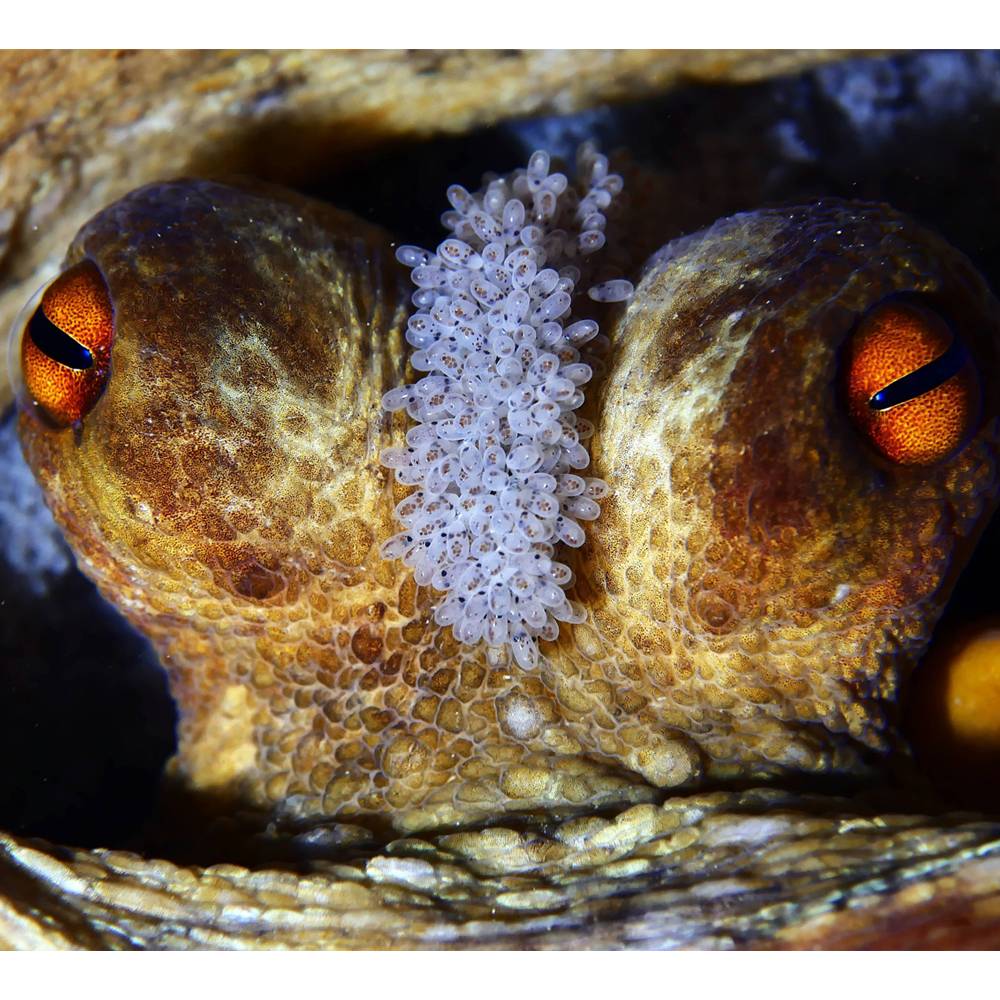 Octopus moms make the ultimate sacrifice for their offspring. Octopuses are "semelparous" meaning they only reproduce once before the end of their life. Both the male and female die soon after mating but it is the female who puts in the work to ensure future generations.

A female octopus lays anywhere from 50,000 - 200,000 eggs and once the eggs are laid, she stops eating altogether and fiercely protects the eggs from predators. Once the eggs hatch, the mother is so deprived of nutrition that she perishes almost immediately. 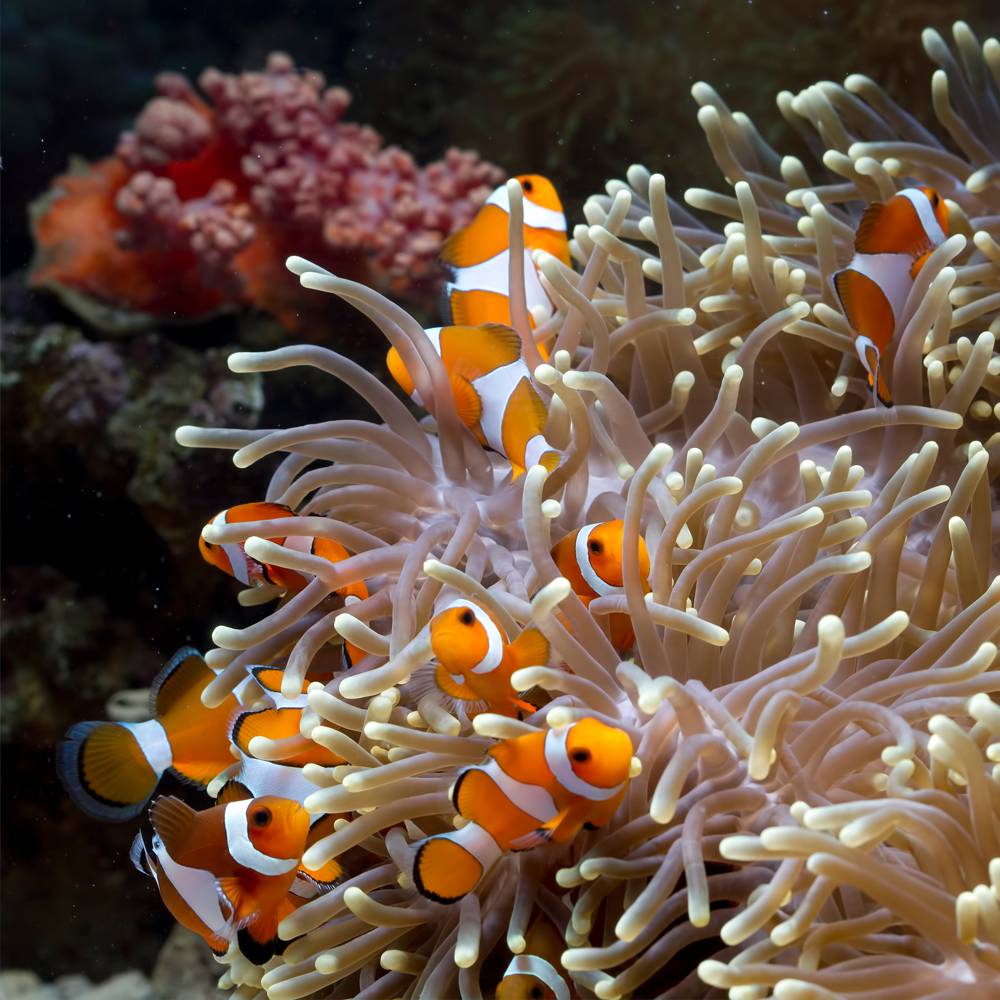 Clownfish are a unique addition to our list and have an extraordinary lifecycle.  All clownfish are born with both male and female reproductive organs. They live in groups often referred to as "clownfish harems" where the largest fish turns female and is the only breeding female who mates with only the breeding male (often the second largest). The breeding couple typically mates for life and all the remaining fish in the group remain male.  If the female dies, the largest male turns into a female, acquiring the next male in line as its mate - sequential hermaphroditism is the technical term.

A female lays her eggs on a carefully chosen piece of rock and both the male and female fish take turns guarding, fanning, and cleaning the clutch of eggs. They can lay up to 500+ eggs per clutch when spawning and may produce a clutch every 10-14 days!  This prolific spawning is a big reason why clownfish are the most widely captive-bred marine fish in the aquarium hobby! 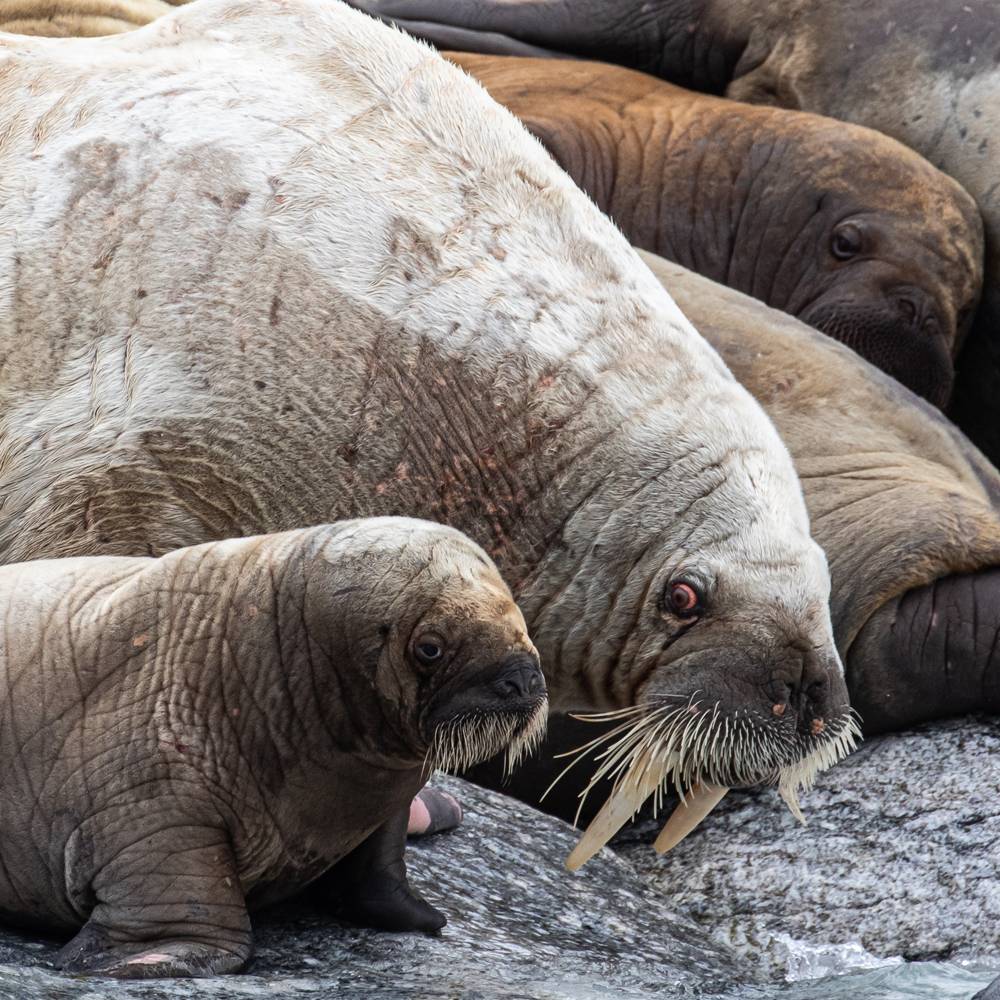 Walrus mothers are fiercely protective of their young and spend an incredibly long time ensuring their single offspring have the best chance at survival.  A baby Walrus may stay with its mother for up to 3 years after birth, twice as long as many other marine mammals.  Walrus mothers kiss and cuddle their offspring just like us humans and have even been known to take on an orphaned calf, raising it as their own. 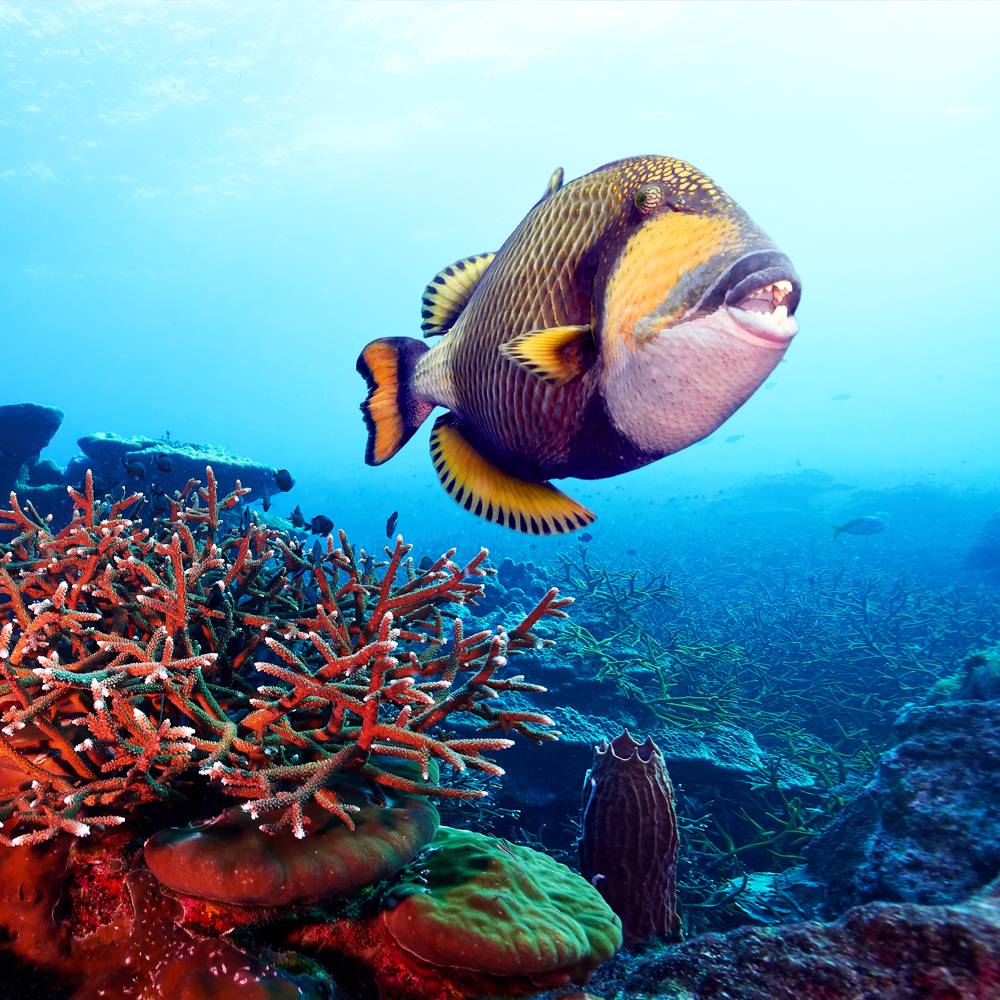 Titan Triggerfish are among the largest Triggers in the ocean. While spawning, they establish a cone-shaped nesting site on the seafloor that extends up into the water column. The females guard the nests of eggs closely on the seafloor while the males hover above, guarding the females that swim down below.

They are so protective during spawning season that divers have widely documented being bitten by Triggerfish protecting their nesting sites. They will repeatedly bite anything that comes close until the threat is gone. The cone shape of their "territory" is easy to stumble upon and intrude upon as divers explore the reef. 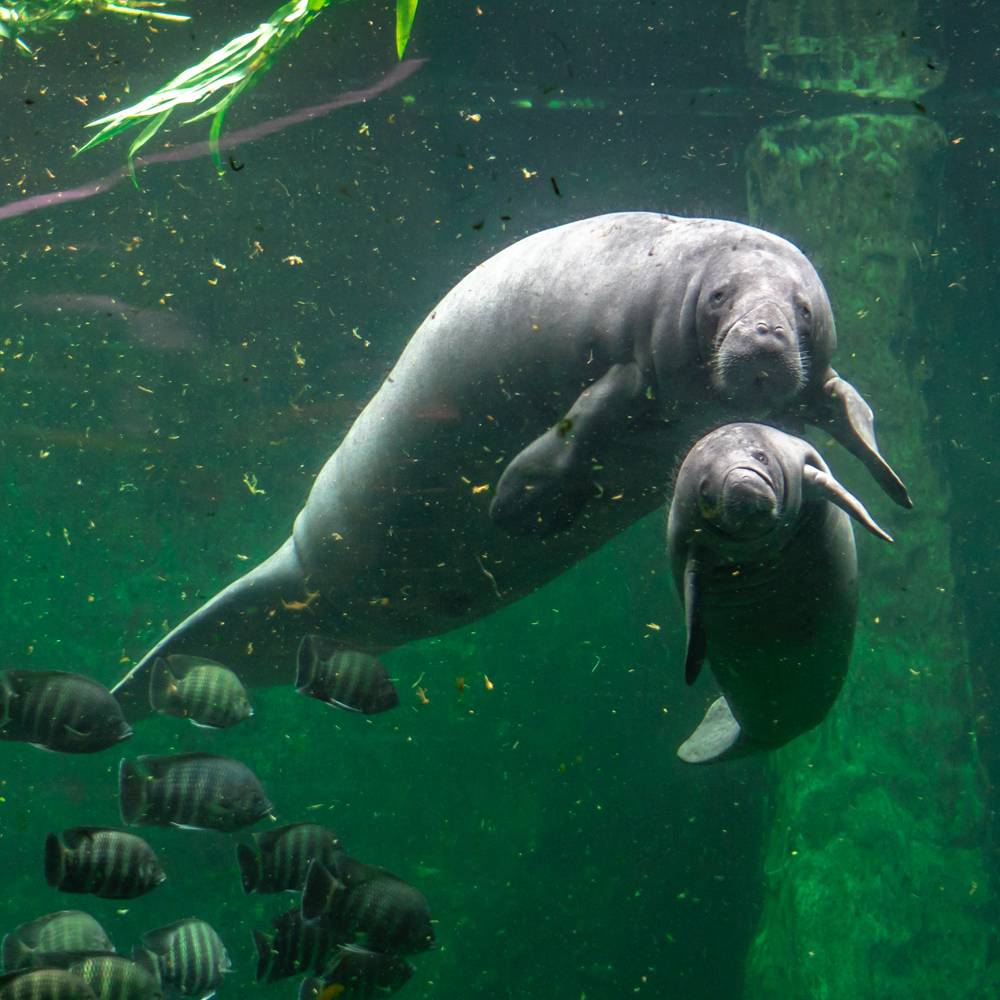 Among the most charismatic marine mammals, Manatees have captivated humans for decades. Manatee mothers are incredibly nurturing and form a strong bond with their single calf. They will nurse their calf for up to two years, even well after they are nutritionally independent to ensure their offspring's survival.

Manatees are generally independent animals making the strong bond between a mother and calf all that more special. Manatee mothers engage in playtime with their young for no apparent reason other than to lift their spirits and also show affection by touching and swimming side by side.  Scientists believe Manatees are among the most developed marine mammals, especially the mother and child relationship.