It is no secret that sourcing captive-bred saltwater aquarium fish has a rippling benefit to you, the tank owner, but also to the hobby and our natural marine ecosystems. These benefits are very tangible, non-hypothetical, and very much a driving force helping to secure the future of our beloved saltwater aquarium hobby.

At the very root of it, captive-bred marine fish often cost more which is not an easy pill to swallow for many hobbyists. In order to circumnavigate this hesitation of feeling like you are paying more for the same fish, you have to look at captive-bred fish differently.

Captive-bred fish are conditioned, from larvae, to thrive inside 4 glass walls which creates a baseline and expectation that is far different from wild-collected fish. They have much higher rates of survivability, won't carry disease or parasites, are easy to feed, and pose much less of a risk to your existing fish. They do not bring learned behaviors into the tank such as preying upon corals or territorial aggression. They can also be specifically bred in favor of desirable behavior and appearance meaning it's much less of a crap shoot between individuals.

Ultimately, you are paying for a superior fish in terms of suitability for an aquarium and this doesn't even take into account the conservation benefits. 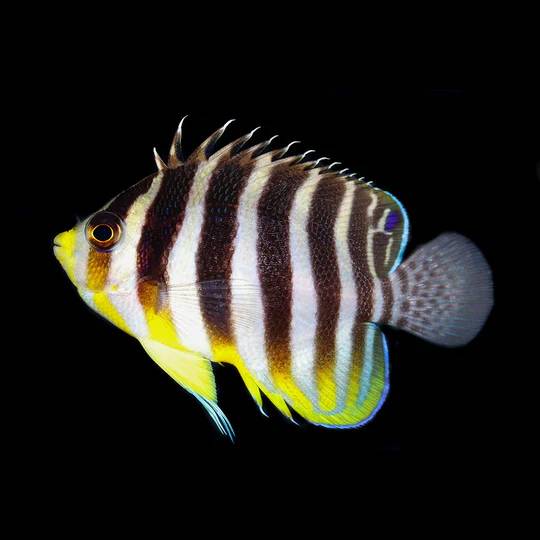 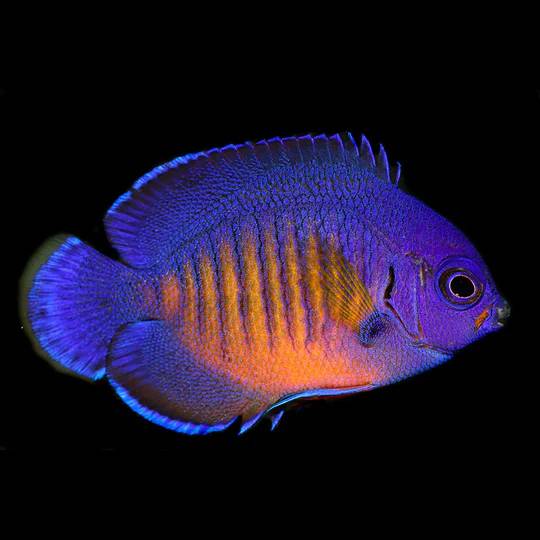 There are close to 400 unique species of marine aquarium fish (Coral Magazine 2019) that have been successfully bred in captivity. Of those, only 40-50 species are commonly made available to hobbyists which certainly imposes a limitation. It is reasonable to believe that not all of the fish in your aquarium(s) will be captive-bred and this is 100% OK. There is room for both captive-bred and wild-caught fish in our hobby.

Many species of marine aquarium fish can be collected sustainably from the wild and make great candidates for aquarium pets but there are also a number of different fish species that are much more sensitive and/or difficult to collect. It is those more difficult fish that present the biggest opportunity for captive-breeders and hobbyists.

When researching fish for your tank, take note of the following distinctions. These terms are important because they often raise some confusion and may or may not provide the same exact benefits.

When it comes time to make a decision for your own tank, know the difference and make your decisions responsibly. Coral Magazine has classically published an annual list of captive-bred saltwater aquarium fish which is a great place to start if you're curious about the various species of captive-bred fish available in the hobby. Fingers crossed we will get an updated captive-bred list in the September/October 2022 issue.

Captive-bred fish are widely available online and can be purchased with relative confidence because they are hearty and generally free of disease. That means if you can use google, you have direct access. You can just as easily work with reputable local fish stores or even small/hobby-level fish breeders directly to find the captive-bred fish you desire, understanding that it will be worth the extra expense and effort.

The more hobbyists like us create a demand for captive-bred alternatives, the more species we will see become available and wider access across the hobby for generations to come. Just look at our beloved Percula and Occelaris Clownfish as an example. Clownfish are very prolific and generally easy to breed in captivity; affordable captive-bred clowns now dominate the market. We have also selectively bred clownfish to display an incredible variety of physical traits that don't exist in the wild. These "designer clownfish" can be paralleled to that of creating and refining dog breeds which humans have done for millennia. 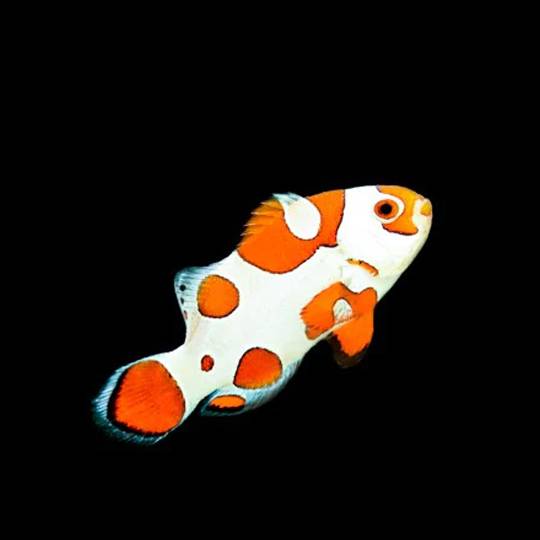 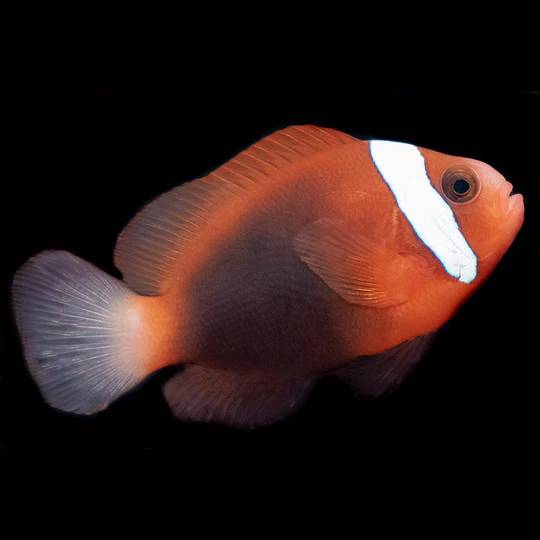 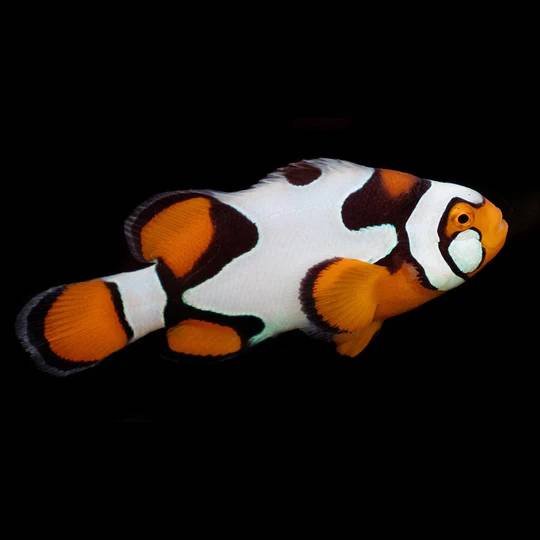 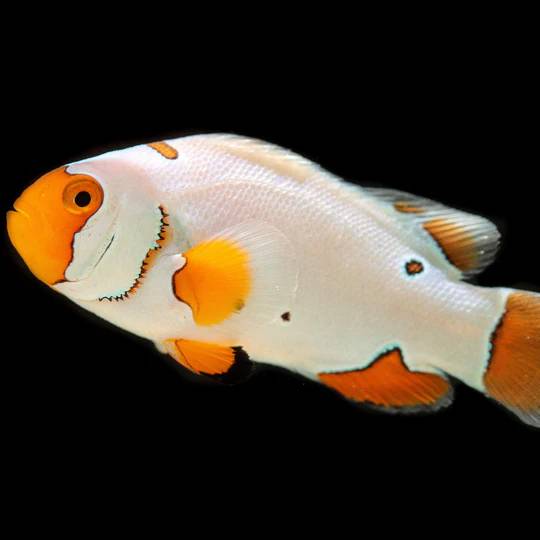 While the benefit of survivability and easier husbandry is attractive enough, there are some greater benefits of this practice of captive-breeding aquarium fish that deserve our attention.

As mentioned earlier, the wild collection of select species of ornamental marine fish can be very sustainable and even beneficial to the natural ecosystem and it is the most difficult to collect and/or sensitive species that captive breeding efforts benefit most. If we can get to a point where the demand for all ornamental marine species is met by either captive breeding/raising efforts or sustainable collection, the pressure on natural populations of fish will be reduced. While this is a partial reality today, it is a goal that we can work towards and every single captive-bred fish we buy today is one step closer and has a positive impact on those natural populations.

As the science of aquaculture develops, techniques and discoveries can be shared and applied to food fish production and conservation efforts. One such example of this very practice is happening at Biota, the world's leader in renewable aquaculture and a popular supplier of captive-bred aquarium fish here in the USA. 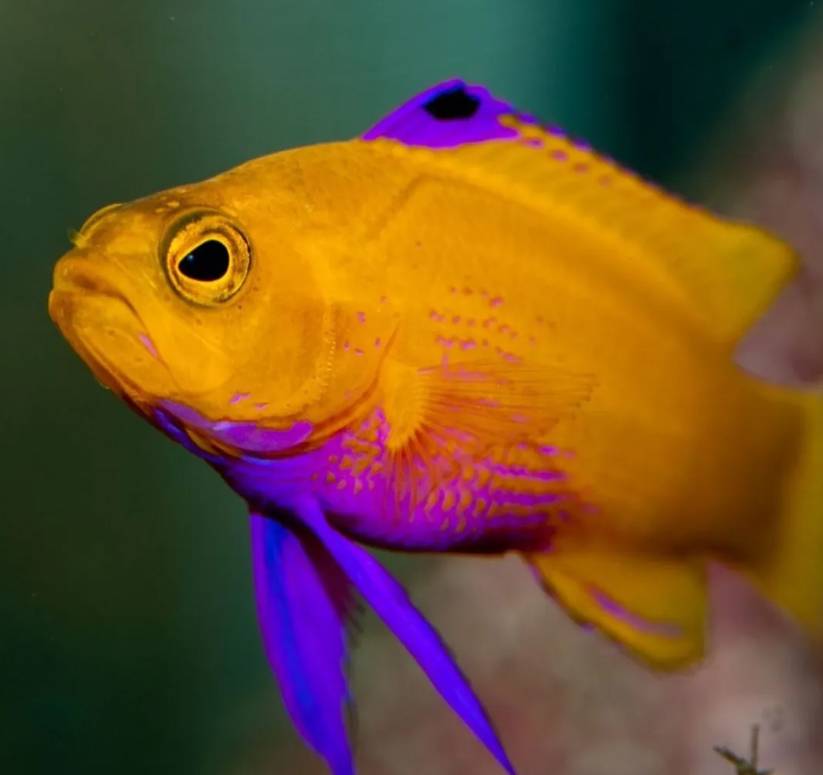 With each captive-bred fish you purchase for your aquarium from Biota, they release two fish back into the wild to help recover a particularly threatened species of food fish. While this isn't necessarily a widespread practice in the aquaculture industry, it's a working model that is having a great impact because not only are you buying captive-bred but you're also supporting food security and conservation in areas where many of these tropical aquarium fish are collected.

Tom Bowling, the founder and COO of Biota Group, is a passionate aquarist who realizes the value of aquaculture and what it means for the future of this hobby and our world's oceans. The organization has successfully cultured over 100 species of marine fish including endangered species and world-firsts like the Borbonius Anthias, Bumphead Parrotfish, and Clown Triggerfish. This impressive list also includes some pretty incredible aquarium fish such as the Blue Mandarin Dragonet, Coral Beauty Angelfish, and Hawaiian Yellow Tang.

If you are in the process of stocking a new aquarium or simply planning for a future tank, we hope that at least one captive-bred fish will make its way into your aquarium. We also have some excellent resources right here in our Education Center that can provide you with some inspiration for coming up with a list of compatible species, get tips for choosing healthy fish, and even tutorials for setting up a quarantine tank. 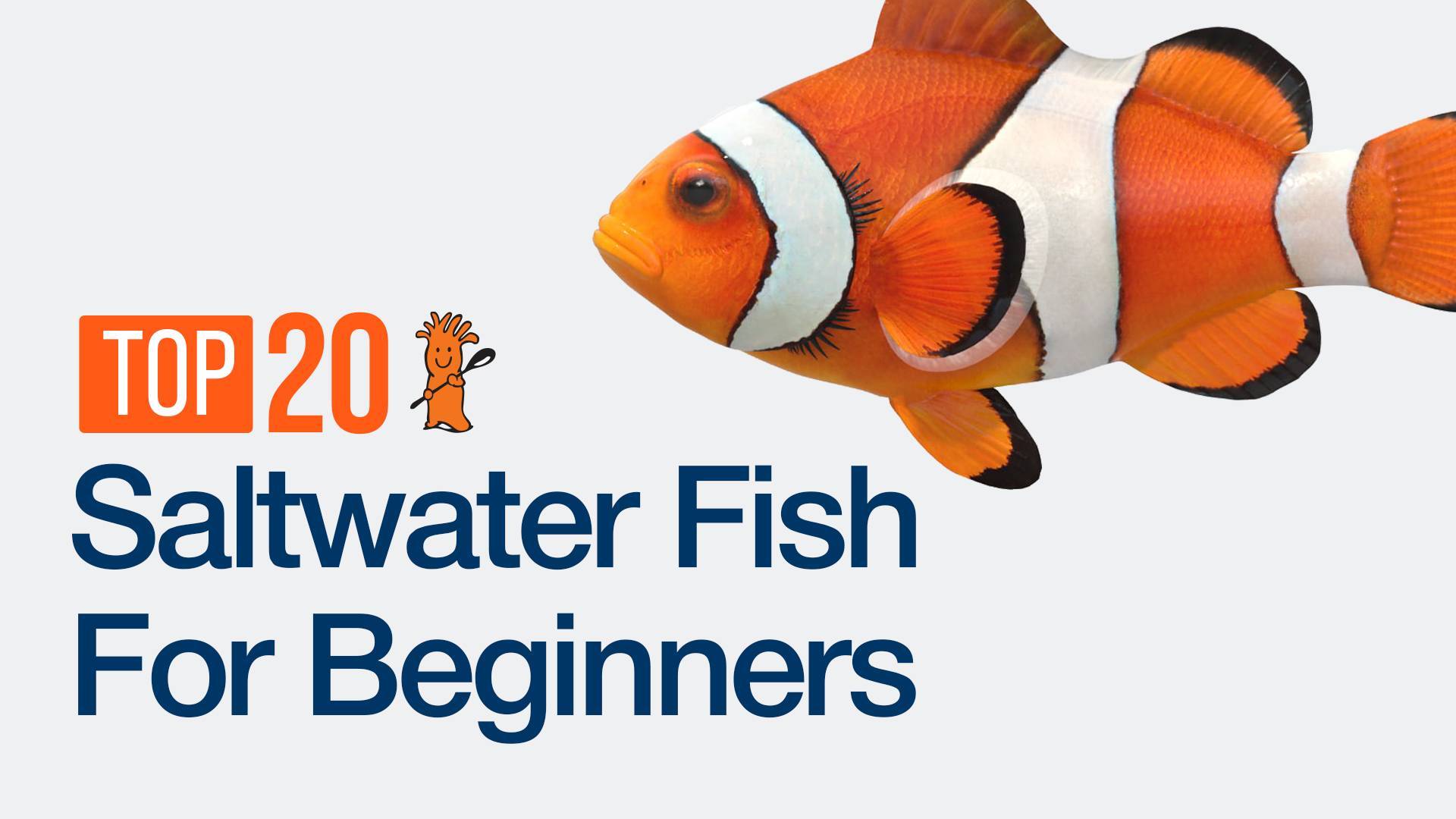 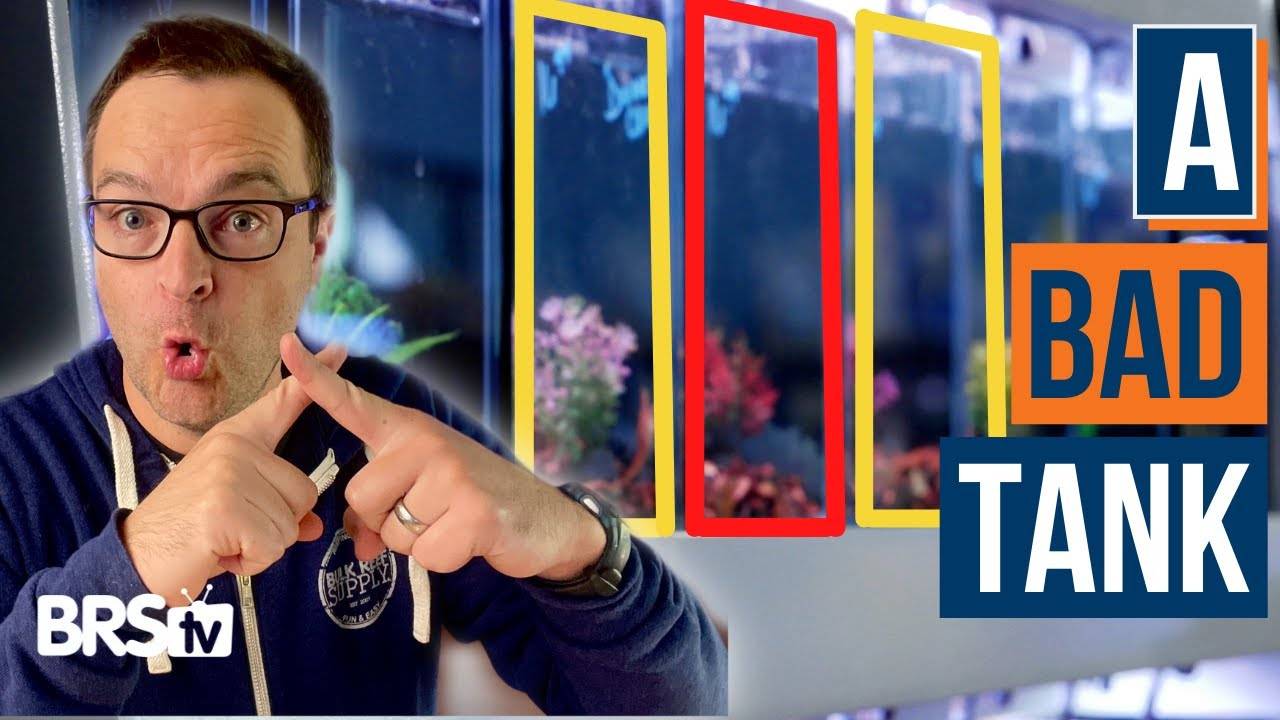 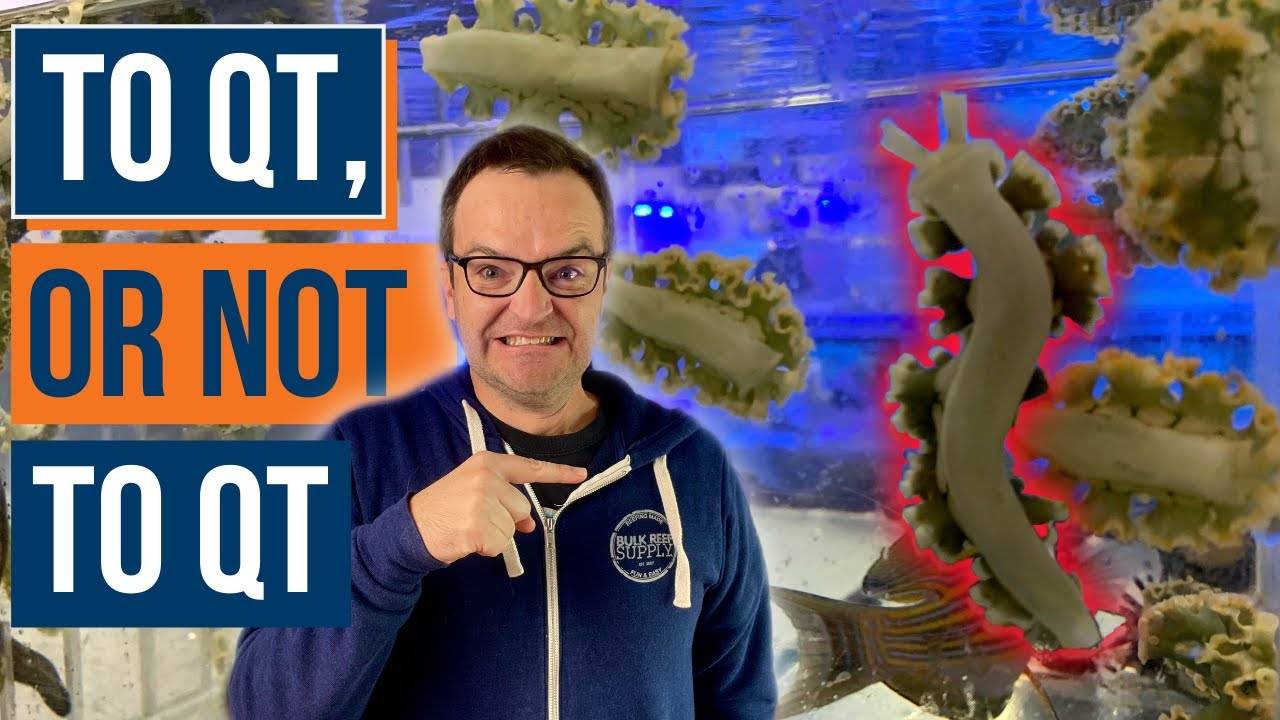 How To Build A Quarantine Tank and 10 FAQs - Beginner's Guide Ep. 32b
Tags: captive breeding, captive bred fish
← Previous Next →