When you first look at the IceCap Pod Habitat you can’t help thinking its something that’s just been made for the sake of it. Copepods don’t naturally live in neat little tower blocks, and surely there’s something natural or already existing in your aquarium system which will do the same job? But the more you think about it, the more something like this 3”x3”x2” cube makes real practical sense.

The idea is that you place it in the filter section of your AIO, sump or refugium and the little holes become populated with copepods and amphipods. They then breed and overflow into the main tank, feeding the fish just like a classic refugium. But unlike a conventional refugium, you can pick up the pod habitat and shake it in the main tank, releasing live pods on demand for the waiting fish.

Get creative though and you could leave a full pod habitat in the main tank for a while longer and let butterflyfish and pipefish push their snouts into it to munch on pods as they would in nature.

Another idea is that you could “mature” a pod habitat in the filter section of an existing tank and then move it to a new tank to seed it with bacteria and tiny critters and help to bring it to life. I did a lot of work once with plastic filter media and with that stuff its all about the protected surface area inside. Could the holes inside the pod habitat also provide a similar function? You could even sit your skimmer on them like filter media blocks...

Or if you don’t have the luxury of a separate filter section you could just bury it under the rocks and leave it there as an in-tank refugium. A pod fortress deep within the aquascape where a population could become established and retreat to. How about multiple pod habitats that you could shake on different days of the week, ensuring you always have a supply?

The usage of live copepods is becoming more and more mainstream, with many reefers dosing their tanks on a weekly basis with bottles of live pods. The Oceanic Institute of Hawaii Pacific University published only yesterday that copepods are the “key to success” in rearing many species of reef fish, so this novel marine bug hotel has really got me thinking.

It definitely has potential... 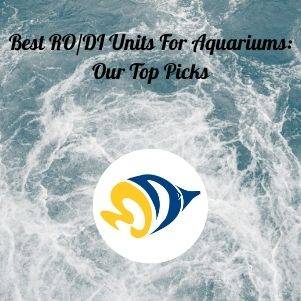