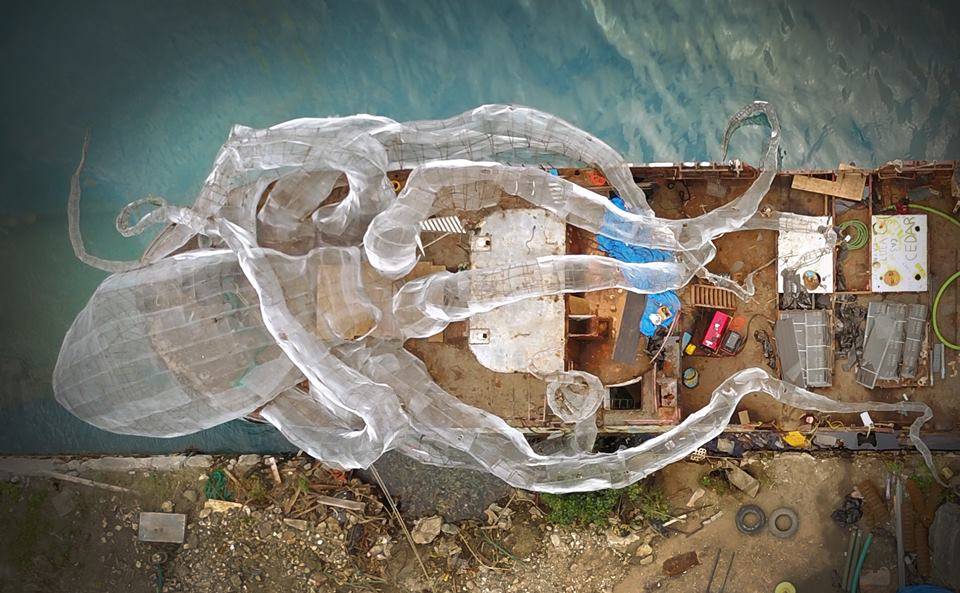 Aerial View of the Kodiak Queen with the Kracken. Image Owen Buggy.

... a WWII warship could mobilize a global network of researchers, philanthropists and artists to solve marine health problems through the Power of Play?

On April 11, 2017, a WWII ship was intentionally sunk off the coast of the British Virgin Islands.

When Owen Buggy saw a rusty old ship in Tortola, British Virgin Islands, waiting to be scrapped for metal, he started envisioning how to re-purpose the ship for an art and ocean conservation project. Owen worked for airline magnate Richard Branson as a marine mechanic and photographer. Owen pitched the idea to Branson, about intentionally sinking the ship. Secret Samurai Productions art team and Maverick1000 group came up with the idea to turn it into an art and conservation effort, and a vehicle to boost the local economy while solving a handful of environmental and community challenges. to serve as an artificial reef and recreational dive site. Branson was intrigued by the idea immediately. Further research revealed that the ship in question, The Kodiak Queen, was one of only five WWII ships that survived the Pearl Harbor bombing. The project now took on both a historical significance and a conservation project.

With a lot of helping hands, marine biologists, artists and funding by the Maverick1000 group, the project began. The sunken ship is intended to be an art exhibit, as well as a coral restoration project, accessible only by scuba diving. The artists and visionaries built an enormous mesh sculpture of an Octopus, engulfing the ship. The mesh sculptor will be home for planted corals, eventually making the Octopus a vibrant living coral sculpture. Phase two of the project will involve: coral restoration, species monitoring and ocean conservation education which will have short and long term positive impacts on the BVI ocean eco-system.

What makes this project unique?

It was not funded or spearheaded by Sir Richard Branson or any single entity alone. Rather, this project was 100% privately funded by a group of entrepreneurs and friends from the Maverick1000 group, along with Richard Branson— all of whom fell in love with the BVI waters and its people, and took action to help raise a generation of young ocean stewards in the BVIs, so they may guide this island nation toward a future of unity, joy and prosperity. 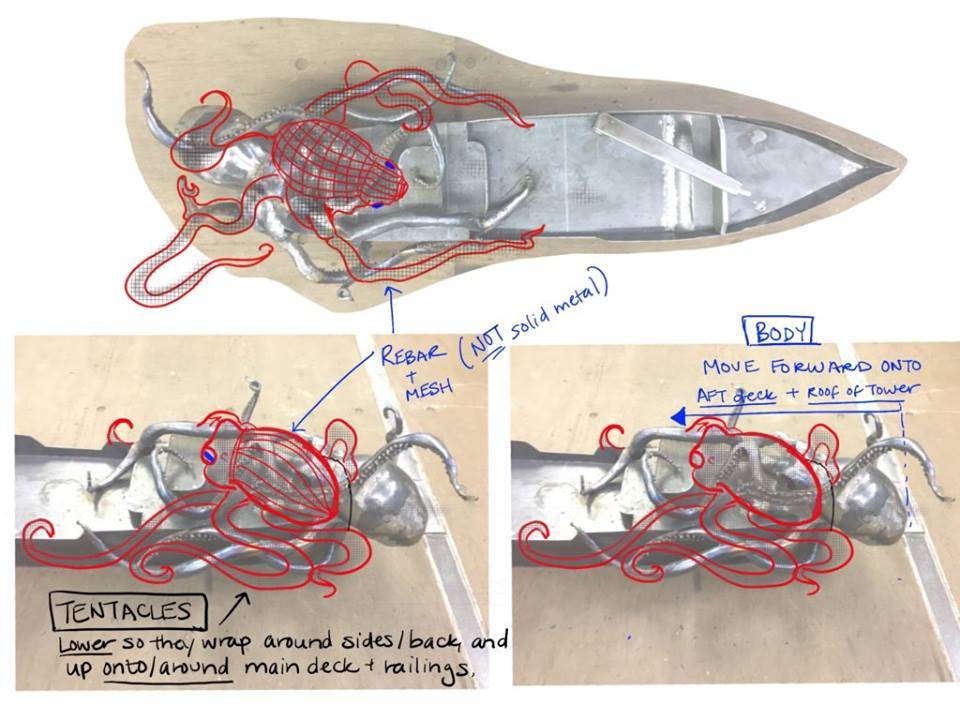 The location of the sinking site is bare sand at a depth of approximately 65 feet. Marine life at the site consists of an invasive seagrass. Once on the seabed, the ship will quickly become home to fish and invertebrates. These animals will graze the surrounding vegetation and hopefully keep the unwelcome marine plants in check. Within a short period of time, the ship and artwork will be covered by a myriad of sea creatures both large and small. Everything from corals and sponges to sharks and turtles will live on, in, and around the wreck. 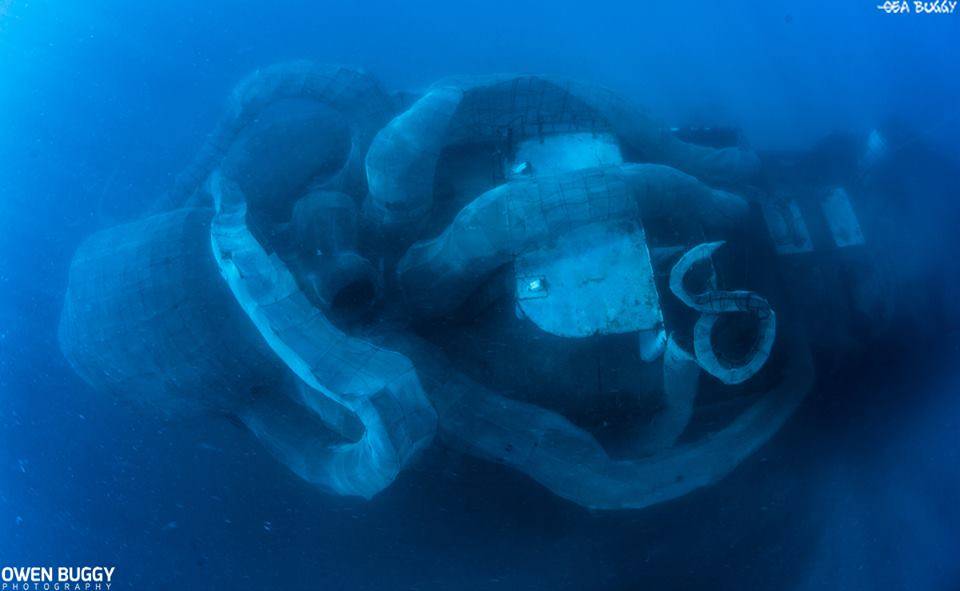 After the ship was sunk, a ghostly work of art emerged from the depths of the water. Image Owen Buggy.

The historical significance of the vessel combined with the unique artwork will be a major attraction for visitors. No doubt it will rival the Rhone as the most popular dive site in the BVI.

The ship will also become valuable for future research. Initial environmental projects will include monitoring sharks and grouper that visit or move into the wreck. Coral planting will help speed the process of natural colonization that occurs on unoccupied hard bottoms.

The documentary detailing the project has not yet been released but the sinking of the ship was released in the teaser video that you see in this article.