CAUTION! 10 popular animals that may not be reef safe

As a reef aquarium owner, you invest a lot of time and money into making sure your tank looks great and that your livestock is happy and healthy.

That last thing you need is a new fish or invertebrate that may harm or kill your other tank inhabitants!

Today we are going to look at some of the most popular but controversial species available in the saltwater aquarium trade to determine which specimens would be suitable for your reef tank.

We share which animals could potentially make good tank mates in a mixed reef, which will not and explain why.

This family of fish is arguably one of the most colorful and exquisite of all saltwater fish. Unfortunately, many butterflyfish are not reef safe and are actual corallivores (meaning they only eat coral polyps).

In addition, many of them, even ones that are considered "reef safe," are not always the hardiest and should only be left to the "experts."

Unfortunately, the majority of these fish are not safe for a reef aquarium. They are predators and can make short work of your invertebrates along with smaller and/or more docile fish. 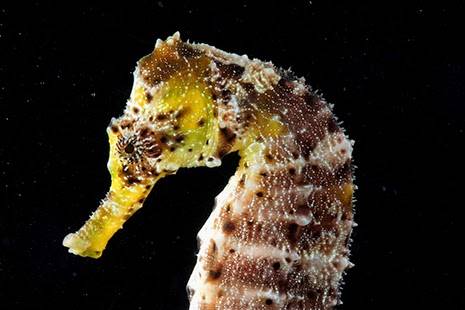 While this may be a little bit of a controversial topic, I personally feel seahorses should not be placed in the majority of reef tanks, in particular SPS dominated tanks. Generally speaking, the high flow required for SPS tanks does not bode well for the seahorses.

Seahorses also require "hitching posts" to grab on to and will wrap their tails around almost anything to hold themselves in place. This can be damaging to some corals or the seahorses themselves (by getting stung by corals).

If you have your heart set on keeping a seahorse in a reef tank, you should build the cohabitants around the seahorses' needs first. Corals that don't sting or compete for food are your best bet, such as leather corals or gorgonians.

When discussing angelfish, they are generally grouped into two different categories: dwarf angels (Centropyge) and "large" angels (Pomacanthus, Genicanthus, Apolemicthys and a few others). Within both of these groups, you will find some of the most colorful saltwater fish out there. With brilliant reds, yellows, oranges and all shades of blue... the colors are just bursting off (most of) these fish!

The bad news is some of the most colorful and stunning angelfish can wreak havoc on a reef tank. Even ones that are considered “reef safe” can one day decide they like the taste of your most prized corals. 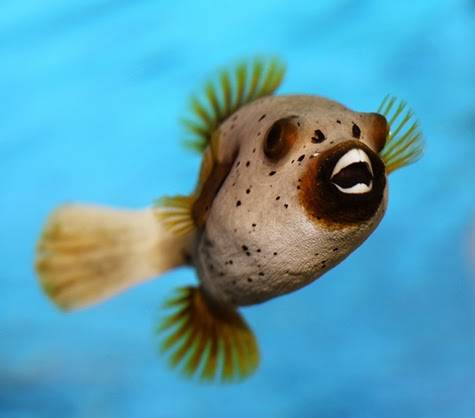 Who doesn't love a pufferfish?

They have some of the most outgoing and fun personalities of all saltwater aquarium fish and are known for interacting with their owners through the walls of the tank.

As you may have guessed, puffers can make short order of many reef aquarium inhabitants. Most pufferfish are therefore best suited for fish-only tanks.

However, there are some smaller puffers, sometimes called "Tobies," that have the potential to live peacefully within a reef tank. Just be sure to choose their tank mates carefully and be mindful of your water flow—too high can be bad for them.

Wrasses are a huge family of fish varying greatly in size and color. Most have a similar body shape, though: long and slender.

Many wrasses are very hardy and make great additions to a marine tank. Some varieties thrive by themselves in a tank; others prefer to be in a group. Wrasses made our list because some are outstanding predators that may cause issues if placed inside a reef aquarium.

One of the most stunning fish, in my humble opinion, is found in the filefish family. With orange spots set on a bright green body, the Orange Spotted Filefish is a beauty!

There are many other types, although none as colorful as the Orange Spotted Filefish who, interestingly enough, NEEDS a reef tank to survive because it feeds on acropora tissue/polyps. Some hobbyists have been able to get them to eat prepared foods, but this does not guarantee the fish will survive in captivity. There are other filefish that are suitable for aquarium life, just not life in a reef tank. 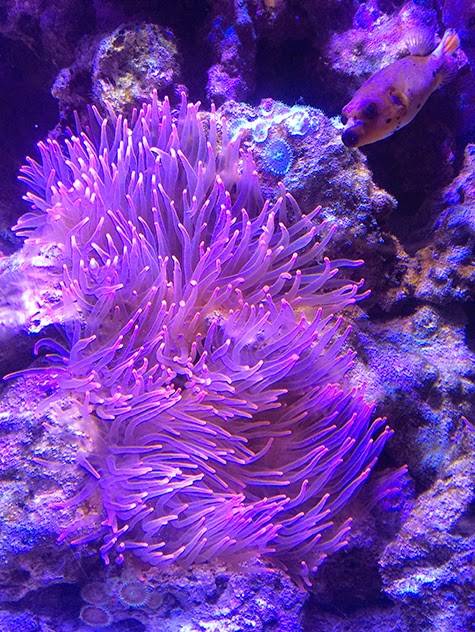 However, having a mobile invertebrate loaded with high-powered stinging tentacles can cause mass destruction in a tank. In addition, many anemones can grow quite large or even split multiple times and take up a lot of real estate in your tank.

My Rose Bubble Tip Anemones (RBTA) are perfect examples of this. I started with three anemones four years ago and now have over 20 anemones in my tank. I have also sold/traded well over 50 during this time period. The RBTAs have stung/killed almost every other coral in my aquarium and now dominate the tank.

In most cases, I would not advise keeping an anemone in a mixed reef aquarium. A species-specific reef tank would be a more appropriate home for anemones. 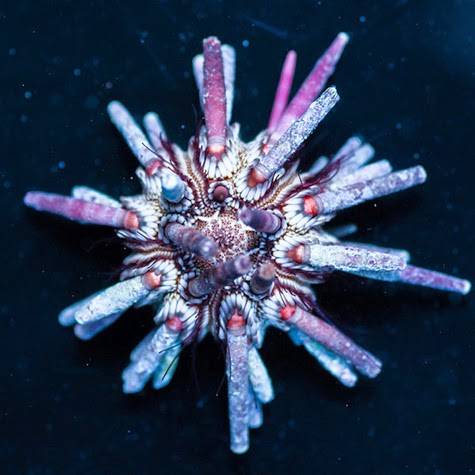 Urchins are great scavengers. They eat all different types of algae as well as meaty foods. Despite their size, they are able to get into smaller cracks/crevices in your rockwork to help clean up algae.

The bad news: some also have a taste for corals!

The Diadema Urchin (Long Spine Urchin) in particular loves to chew on SPS corals and coralline algae. I have had multiple freshly glued SPS frags get annihilated by my urchin. While many websites list these guys as safe for reef tanks, I would suggest proceeding with caution before placing one in your own tank.

Starfish can be a great addition to a marine aquarium as part of the clean-up crew, but not all starfish are beneficial to a reef tank. Many are omnivores that feed upon algae and food scraps in the tank, but others will go after corals, clams or even fish.

*Brown/Black or almost any color except Green (see not reef safe list).

While there are exceptions to every rule, hopefully the general guidelines in this article will help you avoid a potential disaster in your reef tank. Every reef aquarium hobbyist, tank and its inhabitants are different—so while one hobbyist may have success with a particular species, another may not.

The key, as I'm sure you've heard many times before, is to research the livestock you intend to keep extensively before making a purchase. Don't buy fish or inverts spontaneously—it's not worth the risk. There is a ton of information available in books and on the Internet to help you make educated stocking decisions (plus you can always ask us!).

Doing your homework before you buy prepares you for any challenges that lie ahead plus helps you avoid making irresponsible and potentially catastrophic animal purchases.