After a decade of being surrounded by saltwater aquarium hobbyists, I finally bit the bullet and decided to start a saltwater tank at home.

The only time I had a saltwater setup was when we were allowed to have nano tanks on our desks. Those were the good ol’ days! But having one at home... that’s a whole different story.

For me (and perhaps most people), a saltwater tank has always been synonymous with a lot of work and expense. On top of chores and caring for my kids (5-year-old daughter and wifey), I’m not sure if I’ll be able to provide the love and care that a saltwater tank requires.

Mind you, I've had decent planted freshwater tanks at home that visitors envy. Working at Marine Depot, everybody just assumes you have an amazing saltwater tank setup at home only to be "disappointed" to discover you merely have a freshwater tank (no offense to freshwater tank owners, there are some pretty darn impressive setups out there!).

Being in Marine Depot's design department, I’m constantly bombarded with beautiful pictures of saltwater tanks. I decided it’s finally time I dive in myself.

I'm still sticking with a nano setup after inheriting a slightly used Innovative Marine Nuvo Nano24 Tank here in the office. This is perfect since I don’t really have enough space at home for a big tank, and big tank = big expense. That makes it easier to get the Mrs’ consent as well. I just plan on setting up a basic, decent tank within a reasonable budget (for now…).

First things first, I had to make sure it fits in the corner where the 8 gallon tank used to be… lo and behold, it fits like a glove. That is, if I find a stand that’s pretty much has the same footprint as the tank. After weeks of search (and broken packages), I finally found the stand that works at the right price (under $100). With the help of my enthusiastic daughter, I had the stand assembled and the tank cleaned up in no time. 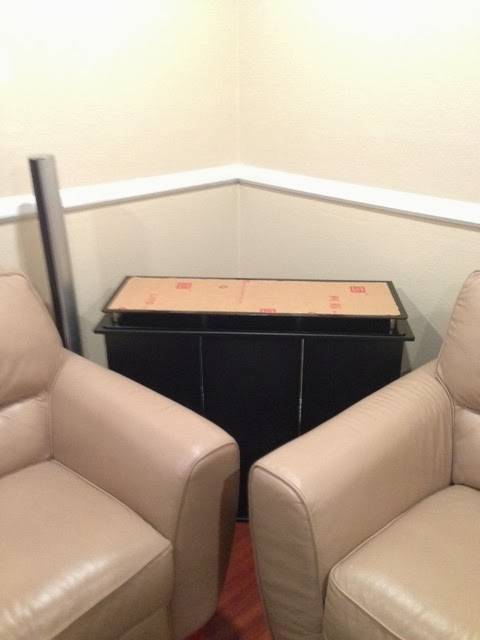 Next step is to get all the goodies to get this aquarium started. Below is my initial laundry list after consulting with Marine Depot’s ever reliable in-house aquarium expert, Robert.

The tank I inherited came with a Eheim Jager heater and an upgraded pump (Maxi-Jet 1100) so I didn’t need to get those. I know I need more stuff to complete the setup but since I have to cycle the tank for a while, this gives my wallet a break.

I’ve been told that cycling the tank would take about 3-4 weeks so I immediately started by filling up the tank with RO/DI to get it started ASAP. I never realized that so much waste water is produced by an RO/DI system until now!

I cannot in good conscience just dump the waste water in the drain specially considering that California is currently in drought. After a few full loads of laundry (I hooked it up in the washer), I finally filled up the tank. This took me about 2 nights to do since the washer can only hold ~20 gallons of waste water per 5 gallon jugs it produced. BTW, this also made the wife proud. 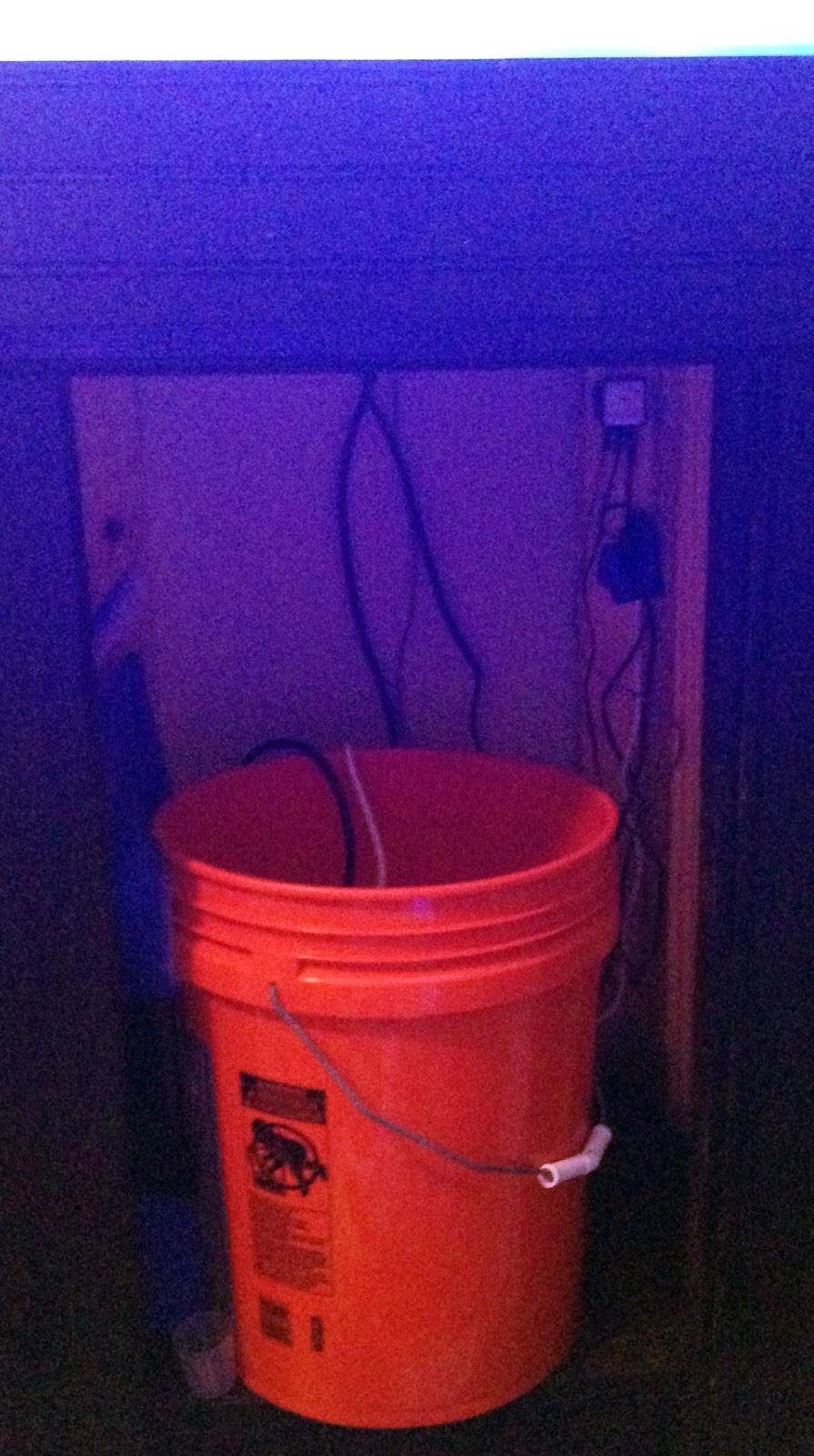 To make the salt mix, I simply followed the guide printed on the package and aimed for 33 ppt. After 24 hours, I had to add a little bit more according to my new gadget, the refractometer. I guess my math was a little bit off initially and that set me back another day.

While the salt is brewing, I started working on my aquascaping skills. I got 10 lbs of dry rock and there were 3 medium-sized rocks in the box. That proved to be challenging, but I laid it out the best possible way I could for now. I’m a fan of minimalist layouts but still plan on adding 1-3 more rocks to make it more pleasing.

After putting the rocks in the aquarium, I proceeded with laying down the sand.

Trying not to make too much mess, I had to borrow my daughter’s Strawberry Shortcake bucket which was small enough to allow me to control the amount of sand I’m pouring in. This came with the condition that she helps me. She had fun scooping the sand into her small bucket and watching me pour the sand. I’m not a fan of deep sand beds so I kept it at less than an inch.

With the fear of stench in my mind, I added the sponges in the media baskets and added a layer of carbon media. Finally, I added the Prodibio BioDigest as recommended by my mentor, Robert. 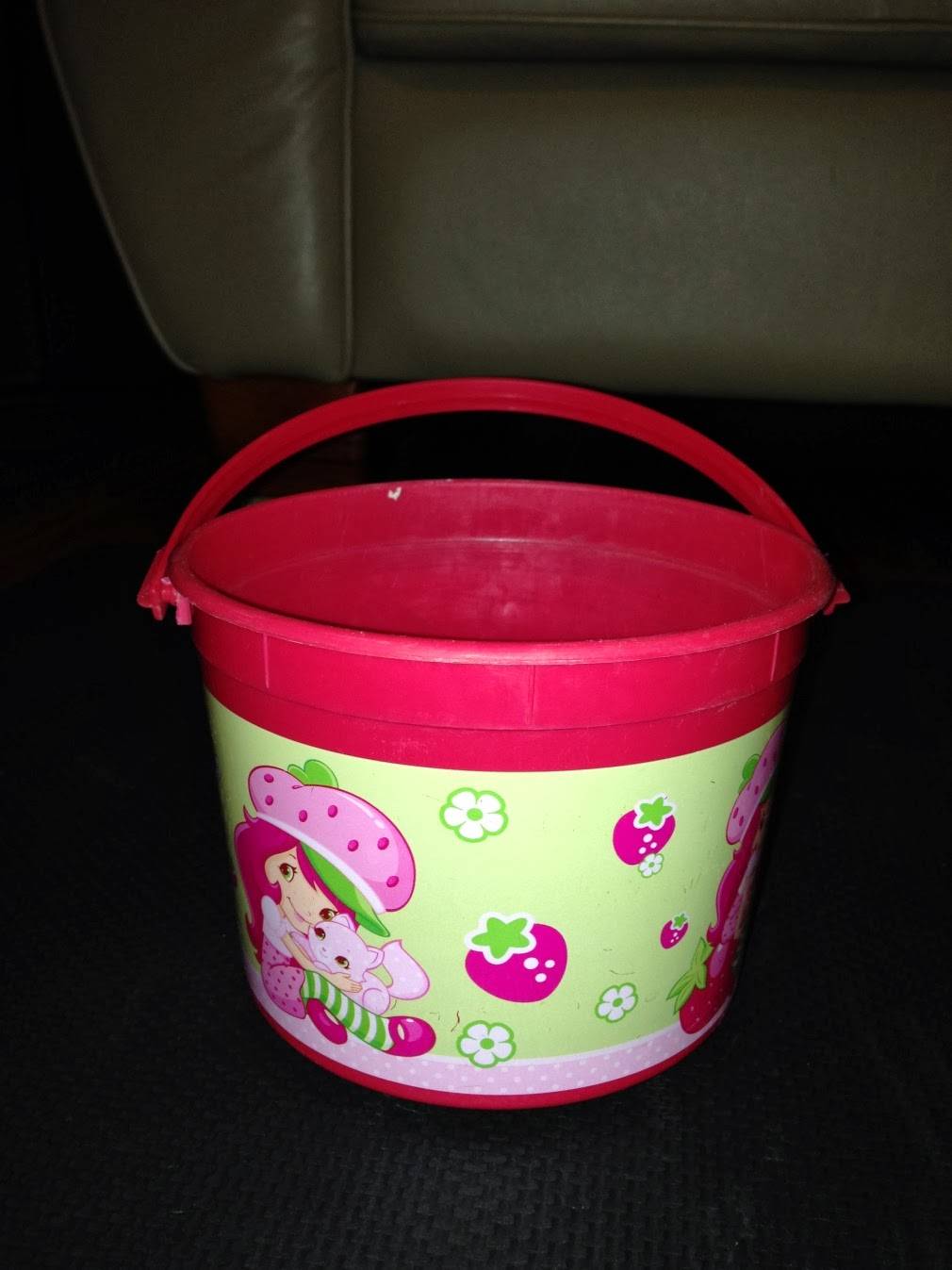 That wasn’t so bad after all. So far, so good. Now comes the hard part, the wait… 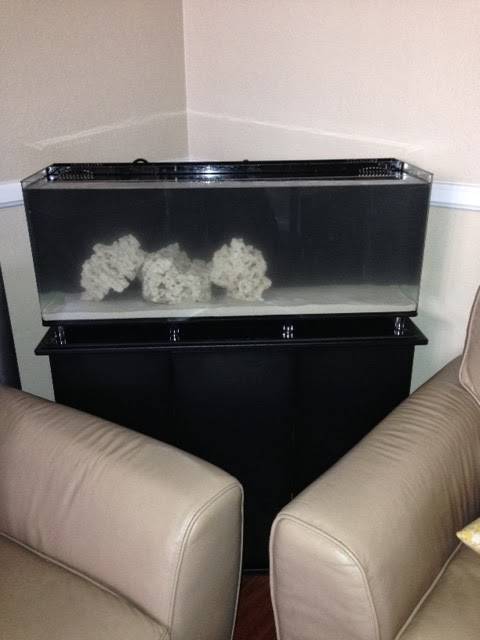