ATI Light Fixtures are drop shipped directly from ATI and all orders placed with Bulk Reef Supply will be submitted to ATI (Clear Choice) and shipped from them within 2 business days. Once ATI ships your light it will be delivered to you within 2-5 business days. Once an order is submitted to ATI we are unable to honor any cancellation requests without a restocking fee being applied.

ATI Drop Ship Light Fixtures are avaialble for shipping within the contiguous 48 USA at this time. 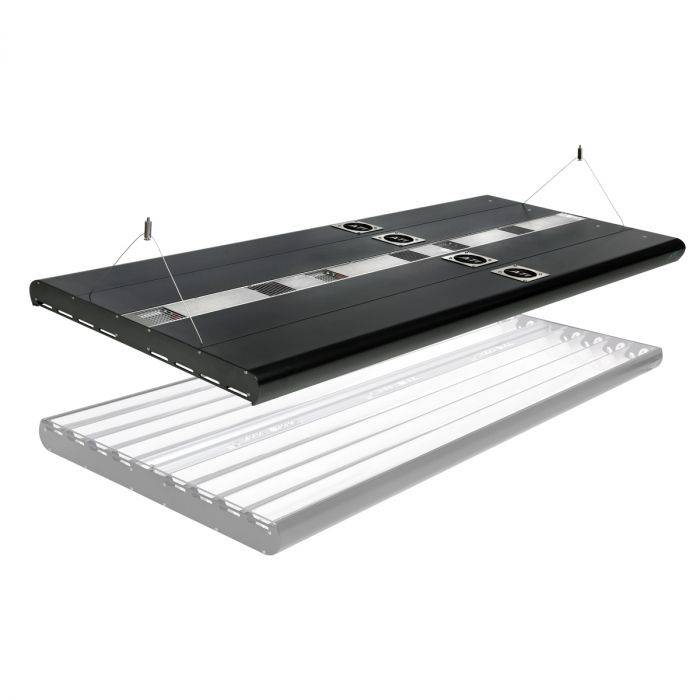 This item ships directly from ATI.

Over the past few years we have really grown to love hybrid LED/T5 light fixtures for their coverage, intensity, and capability to create a complete spectrum, making it the perfect light for any reef tank.

Note: Actual model may be slightly different than the picture.

6 Bulb ATI Powermodule fixtures are available through special order only and usually require a 90-day lead time. Please give us a call if you wish to order one.

Over the past few years the battle of which is better, LED or T5 is still ongoing, and through our testing and experience combining the two technologies gives you the best of both worlds. T5 lighting is commonly used because of the wide coverage and balanced spectrum capabilities, but they do lack shimmer and the ability to fine-tune the color to what you like to see. That is why a lot of reef keepers have changed over to LED lighting, which lets you adjust almost every aspect of the light, but unless you have modules spanning your tank, shadowing and "disco ball" effects can become an issue.

ATI's Powermodule incorporates LED and T5 lighting technologies making it one of the best lighting systems for growing coral. Modern T5 bulbs designed for growing coral, like the ATI Aquablue Special and the ATI Blue Plus, emit balanced spectrums that simply work, where the LEDs let you fine-tune the overall color of the tank to your preference while giving the perfect amount of shimmer.

All new ATI Powermodule fixtures now come with built-in WiFi programming capability with Android, iOS, or Windows devices.  Now there is no need to search for software or apps to control the light since the entire firmware is housed within the hardware included with the Powermodule light components. You can now download and save your favorite lighting schedules to share with a friend or the entire reefing community! If you are not a fan of wireless connections, the light also does include an Ethernet port that lets you create a wired connection.

Control the overall intensity of the LEDs and also the T5 lights. Dimmable T5 fixtures have been on the market for quite some time, but recently with advanced control software, it is now easier than ever to control the fluorescent tubes. Through the Powermodule's control interface, you can customize the intensity of not only the LEDs but the T5 lights as well.

Many manufacturers use a single reflector for all of the bulbs in the fixture, and when comparing them to ATI's indvidual parabolic reflectors the amount of overall light that is directed into your tank is much greater (up to 99% effeciency).

These are general guidelines only. Many factors, such as tank depth, types of corals, and coral placement can affect individual lighting needs.

*24" ATI PowerModule does not have sweeping effect as they only have a single cluster of LED lights.

More Information
Reviews
Write Your Own Review
Only registered users can write reviews. Please Sign in or create an account
Product Questions